Two months before the Wall was erected, Walter Ulbricht denied the intention to build a Wall at a press conference. On the night of 12-13 August 1961, construction of the Wall began. In this article we show thematically appropriate objects from our collection.
by Jörn Kleinhardt (13 Aug 2020)

»No one has the intention of building a wall«

With these words Walter Ulbricht answered the West German journalist Annamarie Doherr at a press conference in East Berlin on 15 June 1961. As history showed, the words of Ulbricht, the State Secretary, were a bold-faced lie. Barely two months later, in the morning hours of 13 August 1961, members of the combat groups, the National People's Army, the People's Police and border police began sealing off all traffic routes to West Berlin. Since the inner-German border had already been systematically sealed off since the existence of the GDR in 1949, there was no longer any possibility for GDR citizens to simply leave the country. The so-called »vote with the feet«, in the course of which over 2.6 million people turned their backs on the GDR until the day the Wall was built, was abruptly ended by the GDR government with the approval of the Soviet head of government Nikita Khrushchev. 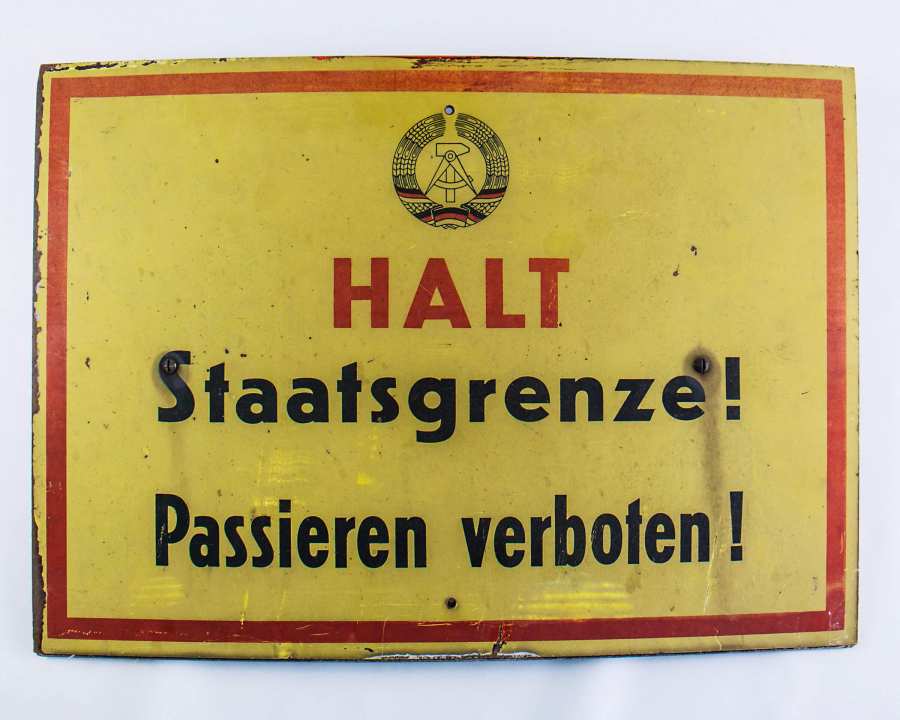 The construction of the Wall in the GDR media

The central organ »Neues Deutschland« newspaper devoted the entire daily edition to the closing of the border. In addition to the decision of the Council of Ministers and the declaration of the Warsaw Treaty States on the front page, the following pages contain propagandistic articles, some of which appear grotesque, which attempt to portray the sealing off of the border in a positive light. Headlines such as »All our love belongs to the GDR«, »Whoever abandons his own kind, only abandons himself« or »Not a foot of ground for the enemy« clearly reflect the opinion and world view of the SED rulers.

The Wall was also a frequent topic in the print media in the years that followed. If you look specifically for the word »Wall« in the newspaper »Neues Deutschland«, you will only find it from 1961 onwards. The frequency of the word in the issues up to 1966 is striking. With a total of 235 entries, the calendar year 1962 is the peak. Compared to this, the word can only be found 19 times in »Neues Deutschland« in the entire 1970s.

Presented: The publication »Berlin and the Wall«

Our collection contains many different treasures on the subject of the »Wall«. Here we present two of them in more detail. The 1966 booklet entitled »Berlin and the Wall – Questions Problems Answers« served as a handbook for German-speaking visitors from the West. It contains the usual state rhetoric on the subject of the »Berlin Wall«. It is about »Western revanchists and warmongers«, »militarism in the Western world«, »human traffickers, gangs and terrorists« and »shots from ambush« at »peacekeeping border guards«. Propaganda with »blemishes«. For example, the fact that two of the six border fates presented were shot by their own people is concealed, as is the government's own »human trafficking« – also known as »prisoner ransom«. From 1962 to 1989, a total of about 35,000 political prisoners and about 250,000 people willing to leave the country were ransomed by the federal government for the sum of about 3.5 billion DM. The profiteers of this deal sat in ministerial posts or occupied other leading positions in the SED power apparatus. 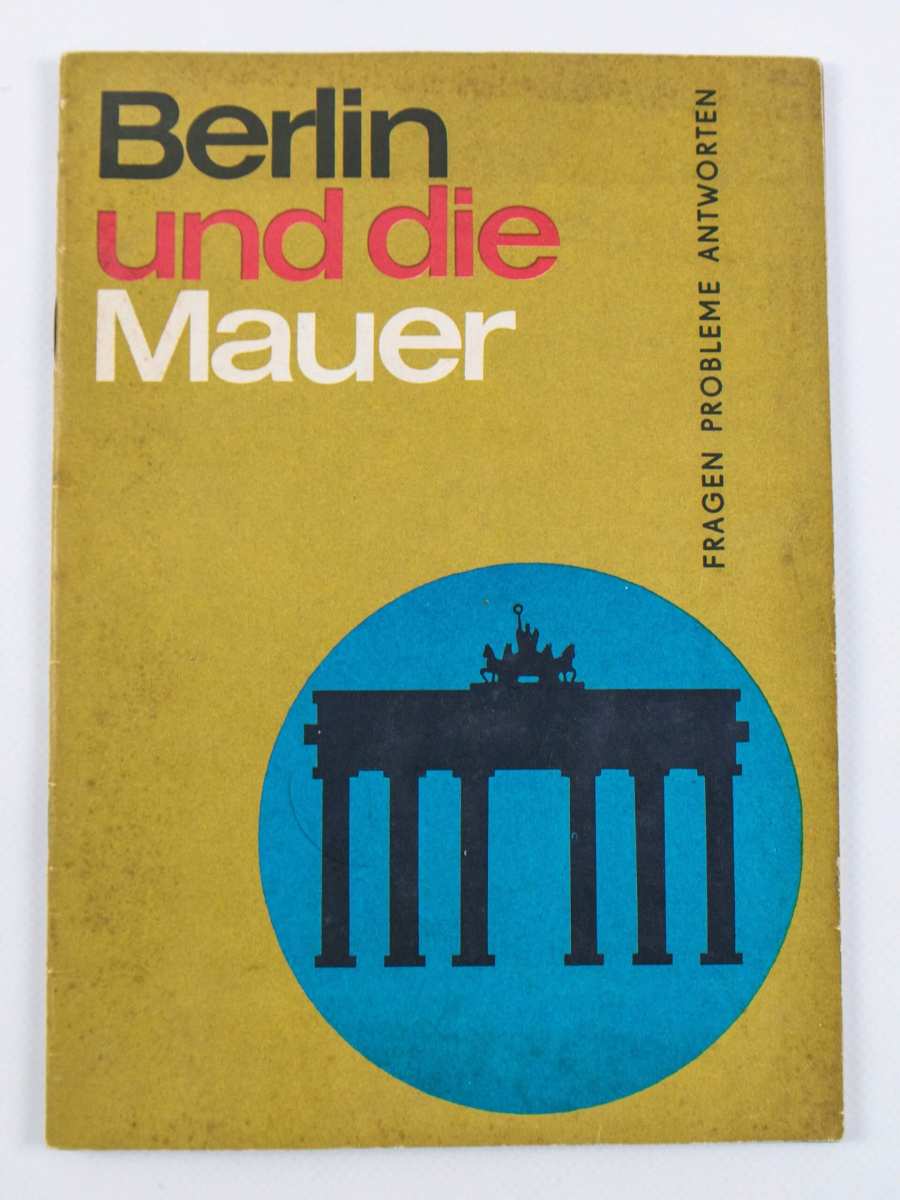 Presented: The brochure »A Protective Wall of Peace«

The second booklet in our collection, »Ein Schutzwall des Friedens« (A Protective Wall of Peace), also dates from the 1960s. Published in 1968 by »Verlag Zeit im Bild Dresden«, this propaganda brochure was aimed at GDR citizens and could be purchased for 2.75 marks. The contents are almost identical to the booklet described above. However, the style is different, since the »anti-fascist protective wall« is continually emphasised here as a means of securing peace. In addition, a clichéd picture of the Federal Republic and the Western Allies is drawn in this booklet and supplemented with appropriate photographic material. 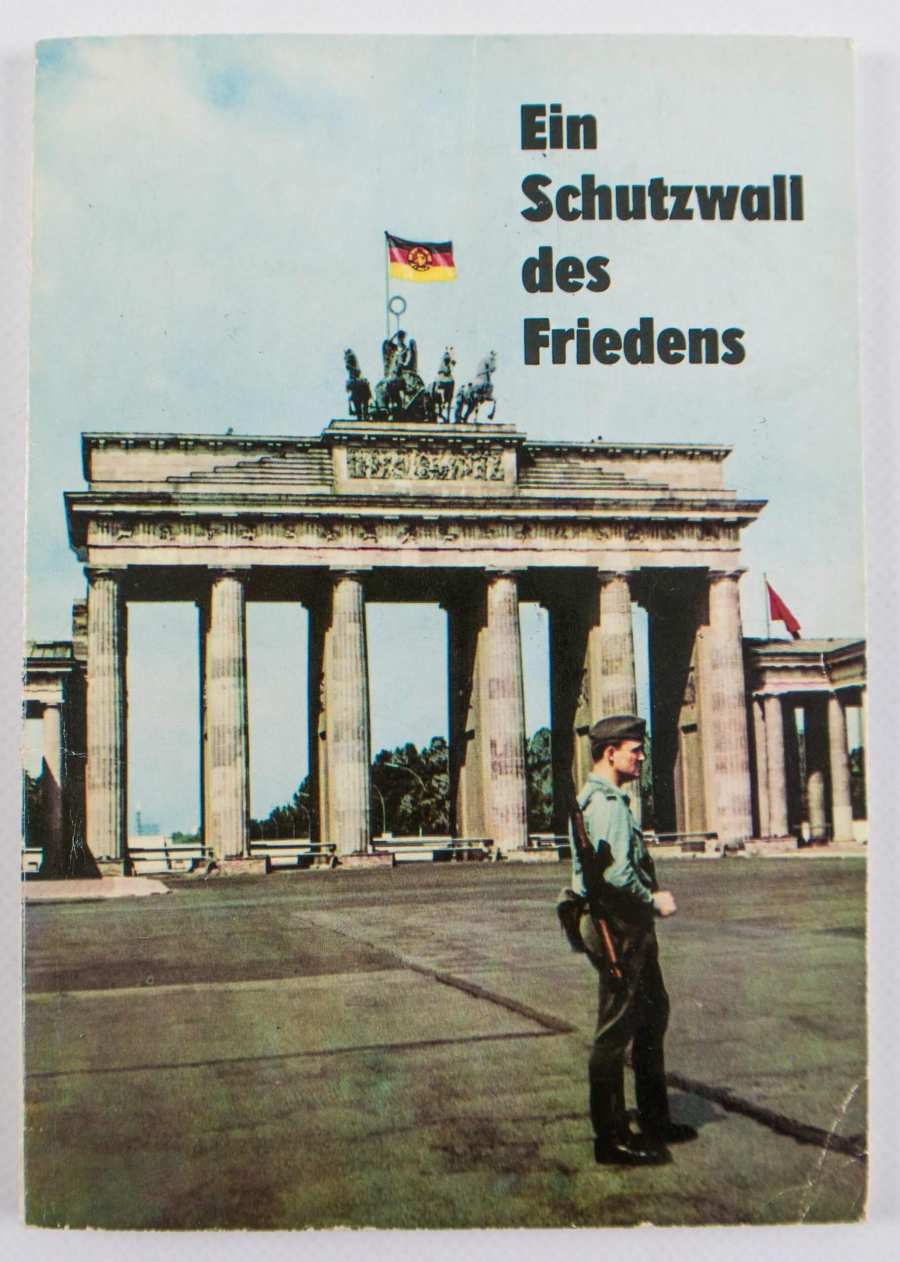 In both publications, the state's view of that time is clearly recognisable. Fortunately for all of us, the Wall and the Cold War have been history for over three decades. Despite all the propaganda! 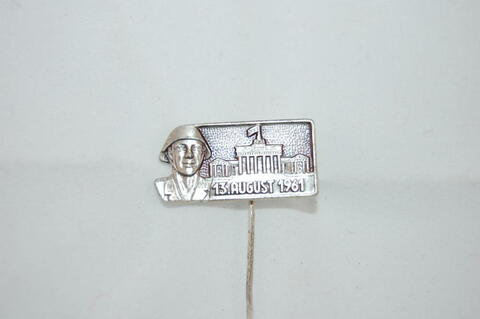 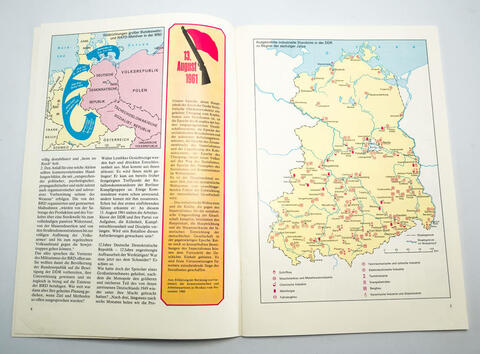 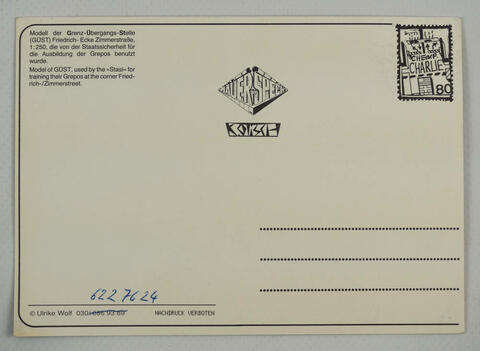 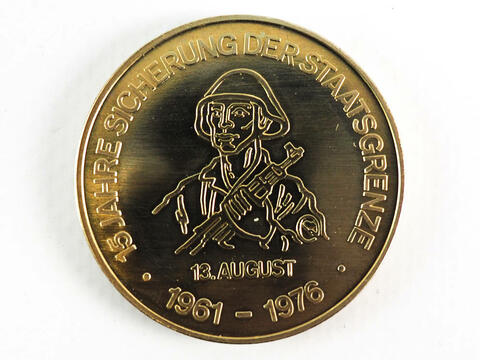 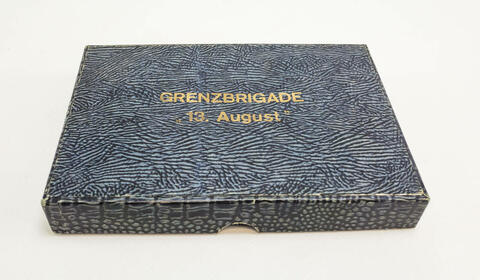 10 Objects for a Christmas in the GDR