Fondly arranged and neatly registered in the index the colorful covers of the GDR-records of a record-bag laugh against us. But the diversity of the gaudily jackets deceive; each of them comes from the pressing plant "VEB Deutsche Schallplatten Berlin”, the single record company of the GDR.
by Admin (24 Jul 2014)

Fondly arranged and neatly registered in the index the colorful covers of the GDR-records of a record-bag laugh against us. But the diversity of the gaudily jackets deceive; each of them comes from the pressing plant "VEB Deutsche Schallplatten Berlin”, the single record company of the GDR.

On the ruins of the destroyed record industry the singer Ernst Busch founded in the post-war era the Lied der Zeit GmbH, which advanced from a little craft business to a big company and occupied at last the monopoly as single producer of legal sound carrier. After its’ nationalization followed in 1955 the renaming in VEB Deutsche Schallplatten, the nationally owned enterprise, which created overall in the course of years seven labels with different  core themes.

The biggest success achieved the AMIGA-productions, which covered the wide spectrum between Schlager music, folksy music, pop and rock. Besides that LITERA provided the GDR-citizens with voice and fairy tale recordings, while ETERNA alike as NOVA cooperated as a platform for the new “Ernste Musik” with the big orchestras and published the so-called “kulturelle Erbe”.

The cultural policy order reflects in the songs of the working class-records of AURORA and SCHOLA, which produced teaching material. This order follows the VEB Schallplatten Berlin as the single record company in the East German recording industry besides the pure publication of music. The label HO-Echo however didn’t come never into the market, though it was designed especially for the public trading organizations of the retail. These were beside the Konsum the supply organ of the GDR per se.

The little record collection tells despite of limited quantity the history of the GDR- record industry, which in spite of production restrictions published successfully records in the interior and in the world.

The soundtrack with the both tracks Dakota and Sioux for the DEFA-movie Die Söhne der großen Bärin are two foxtrots effectuated with the orchestra Günther Gollasch, which were published on AMIGA in 1965. The first Amerindian movie of the DEFA is based on an idea of a novel of Liselotte Welskopf-Henrich and orients itself, contrary to the West counterpart of the Winnetou film series, not so much by tension as by historical facts. The protagonist Gojko Mitic symbolized in his role as chief Tokei-ihto freedom and independence and ascended because of that to the idol of the GDR-youth.

The record of Aurora Lacasa in the little jacket doesn’t amaze, since she was a very popular East German crooner, who moved successfully on the terrain of the Chanson. Her success opened the gates in nearly all East European states, as the ex-USSr, Cuba, but also in Western countries like France and Spain. The hit Rock Bottom she recorded with the group Wir, which filled with their pop disco sound a market niche in the music landscape of the GDR. Ranked the Lacasa among the preferred local GDR-productions, in the 1970s below Honecker appeared increasingly selected rock and pop productions out of the Western foreign countries in the AMIGA-production. The so called licensed-LPs, like Bob Dylan, The Beatles and later Michael Jackson, were often fast exhausted.

Fairy tales were very popular in the GDR, from what not least the countless DEFA-fairy tale movies argue, but also the fairy tale audio dramas. The fairy tale record Rotkäppchen / Der gestiefelte Kater out of the year 1969 is a LITERA-audio drama-production and sticks out with the loud colors of the jacket, on which the both fairy tales were tender pictorial combined transposed. As on many other fairy tale records the actor Benno Gellenbeck slips into the role of the tomcat and the wolf. The resorting of the LITERA to top actors and famous orchestras and choirs in implementation of Grimms’ but also foreign fairy tales described no curiosity. With a standard price of 12 M and the additional cultural fee of 10 pfennig, which should serve the subsidization of the socialist cultural life, the LITERA-records were accessible for a lot of people.

After the Peaceful Revolution the VEB Schallplatten Berlin passed into the new founded Deutsche Schallplatten GmbH, before in the following years the copyrights of a lot productions were sold for example to the Edel Music GmbH or the Bertelsmann Music Group.

P.S.: A few weeks ago we hosted the last head of AMIGA, Jörg Stempel. He talked with Dieter “Maschine” Birr, the front man of the Puhdys, and both told of their role in the GDR-music history. 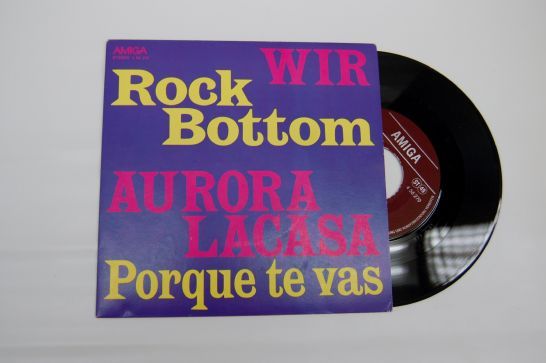 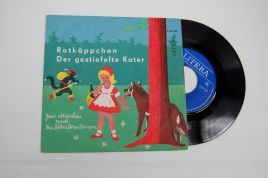 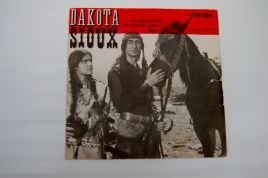