Uniforms, steel helmets, brochures, certificates and pocket calendars are just a few of the many objects from the collection of the DDR Museum that tell the story of the Barracked People's Police (KVP) and its successor, the National People's Army (NVA). Head of collection Jörn Kleinhardt uses historical artefacts to give an overview of the NVA from the beginning to the end of the DDR. by Jörn Kleinhardt (27 Sep 2019)

The development of the National People's Army uniforms

Three years after the end of the Second World War, standby units of the People's Police were formed on the orders of the Soviet Military Administration in Germany (SMAD). These units were already divided into the different sub-units: the Barracked People's Police (land forces), the People's Police Air and the People's Police Sea. In terms of equipment, existing uniforms and weapons from Soviet production were used. In the initial phase of the build-up, however, old hand weapons such as the »K98« carbine or the »Walther PPK« pistol from German pre-war and Wehrmacht stocks were also used. With the founding of the NVA in 1956, the police units were also given new uniforms and the units were structured according to the Soviet model. In the founding years, as in the Bundeswehr, some of the personnel were former soldiers of the Wehrmacht. In 1958, almost a quarter (23 per cent) of the NVA's personnel consisted of former members of the Wehrmacht. 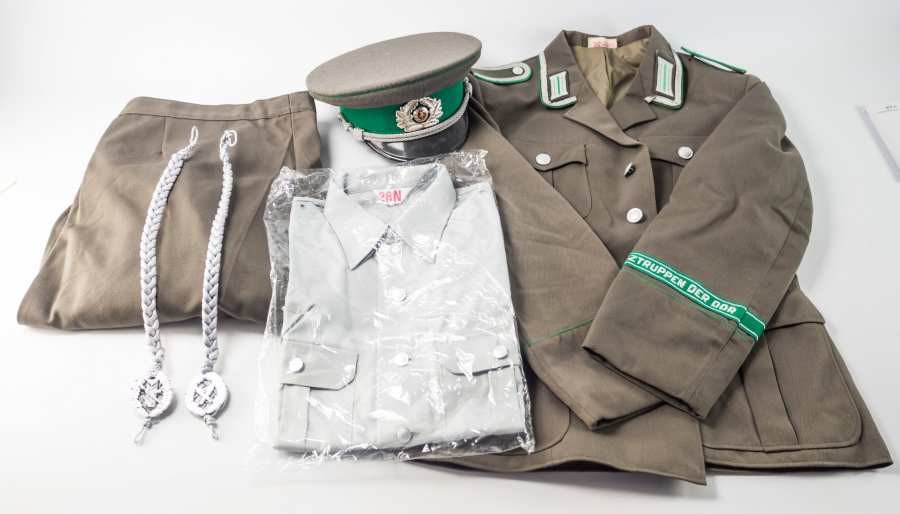 Picture: Uniform of the Border Troops of the National People's Army of the DDR – ©DDR Museum

Steel helmet »M56« completed the new uniforms of the NVA

The steel helmet »M56« (the number documents the year of the troop's introduction), known for its distinctive shape, is also based on the experimental model »B/II« from the Third Reich. This model was patented as early as 1943, but due to the historical events it was not developed beyond prototype status. The helmet was a better visual match for the uniforms used from 1956 onwards. The design of the new garments strongly resembled the uniforms of the Wehrmacht and was in marked contrast to the previously used clothing, which resembled the Soviet uniforms. 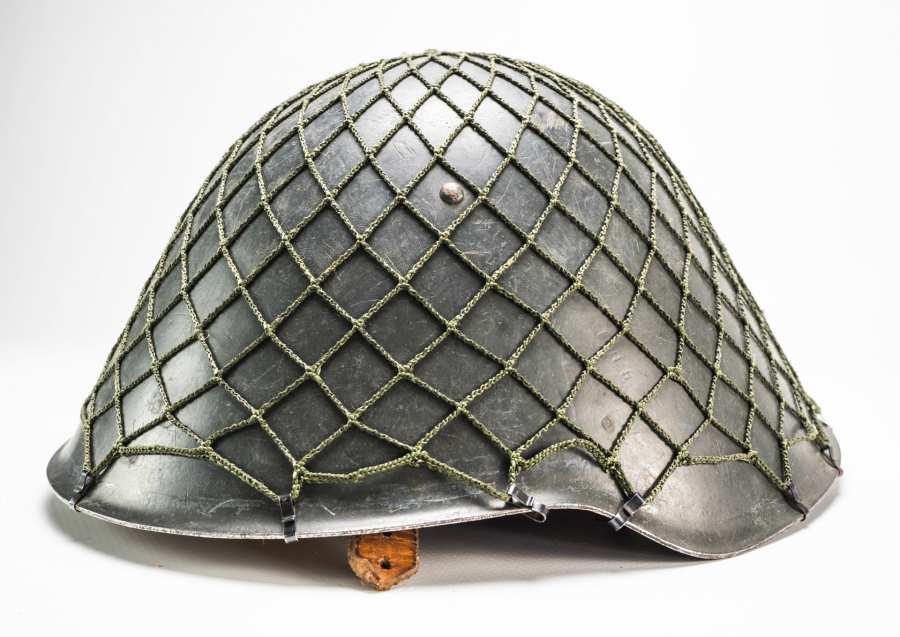 Traditional role models of the NVA

The NVA generally saw its traditional role models in the labour movement, the peasant wars of the 16th century, the revolutions of 1848 and 1918, and the »International Brigades« of the Spanish Civil War in the mid-1930s. The Prussian military tradition was maintained in the form of the Great Taps and in the retention of the »Exerzierschritt«. However, they did not want to be associated with the military units of the Kaiserreich and the Wehrmacht of National Socialist Germany. These unpleasant traditions were attributed to the West German Bundeswehr. 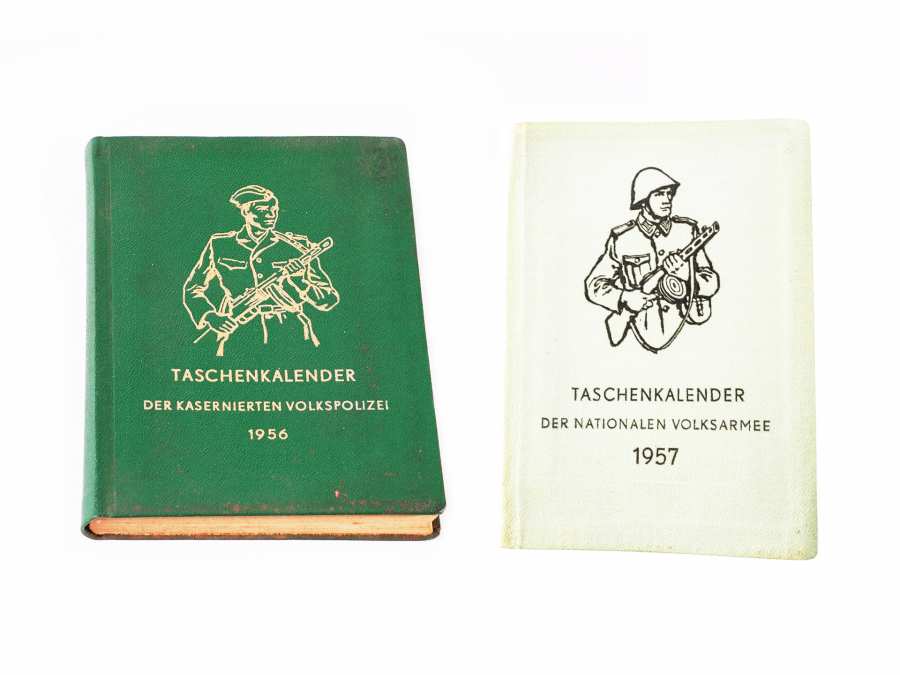 Unlike the Bundeswehr, the National People's Army recruited its personnel from volunteers until 1962. Only then a 18-month compulsory military service was introduced. There was no alternative civilian service in the DDR. However, from 1964, conscripts were given the opportunity to do their service without a weapon as »building soldiers«. They were identified by small spades on their shoulder boards. This possibility of doing military service without a weapon did not exist in any other socialist country. 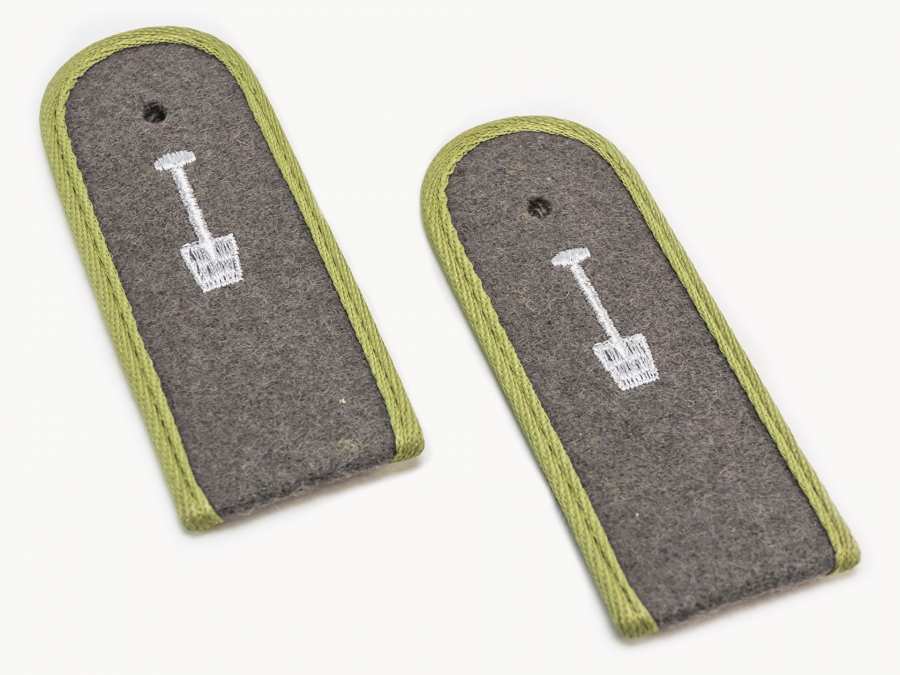 Advertising for the recruitment of NVA personnel

As in many other areas of the DDR economy, there was a constant shortage of personnel in the NVA. With the help of compulsory military service, attempts were made to contain the problem. In order to make military service look attractive, especially to young people, colourful and age-appropriate advertising was used. Our collection contains colourfully illustrated postcards with soldier motifs and slogans that advertise service in the NVA as a kind of »holiday adventure«. Organisations such as the »Civil Defence« and the »Society for Sport and Technology« (GST) also tried to inspire young men and women for later military service. Even in everyday school life, there were military education classes for the higher grades to train young people pre-military. 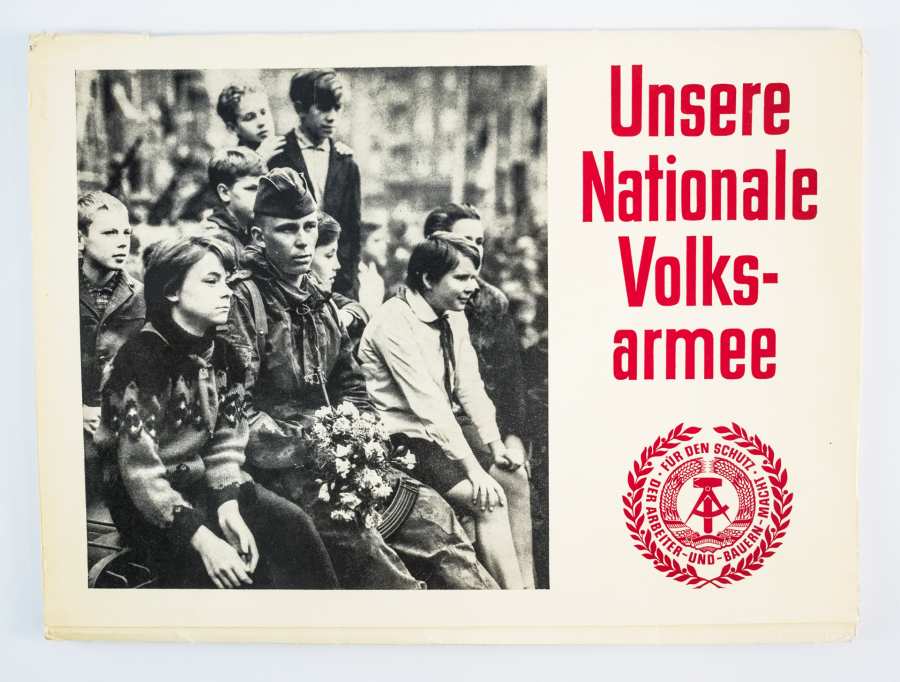 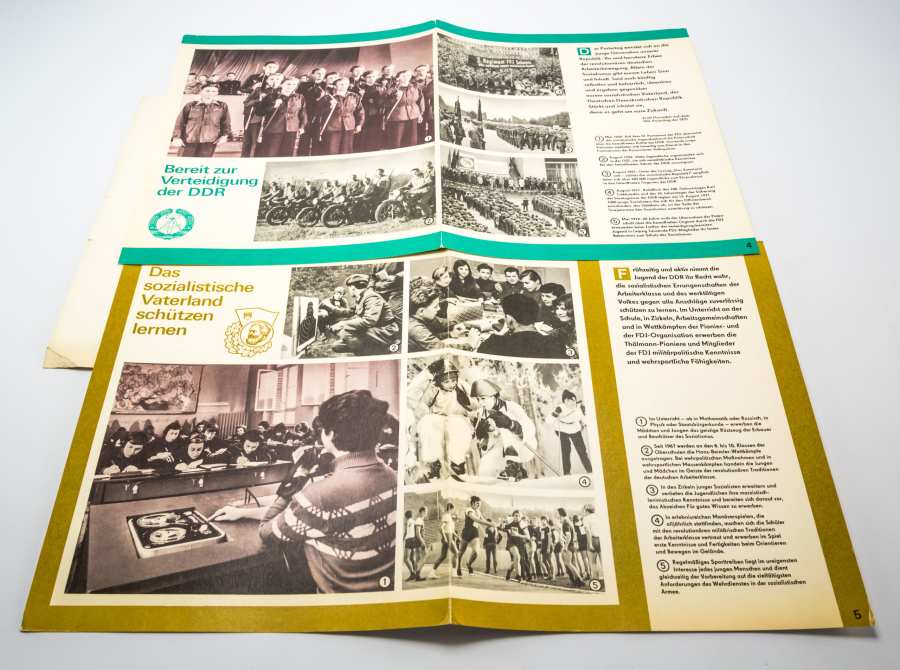 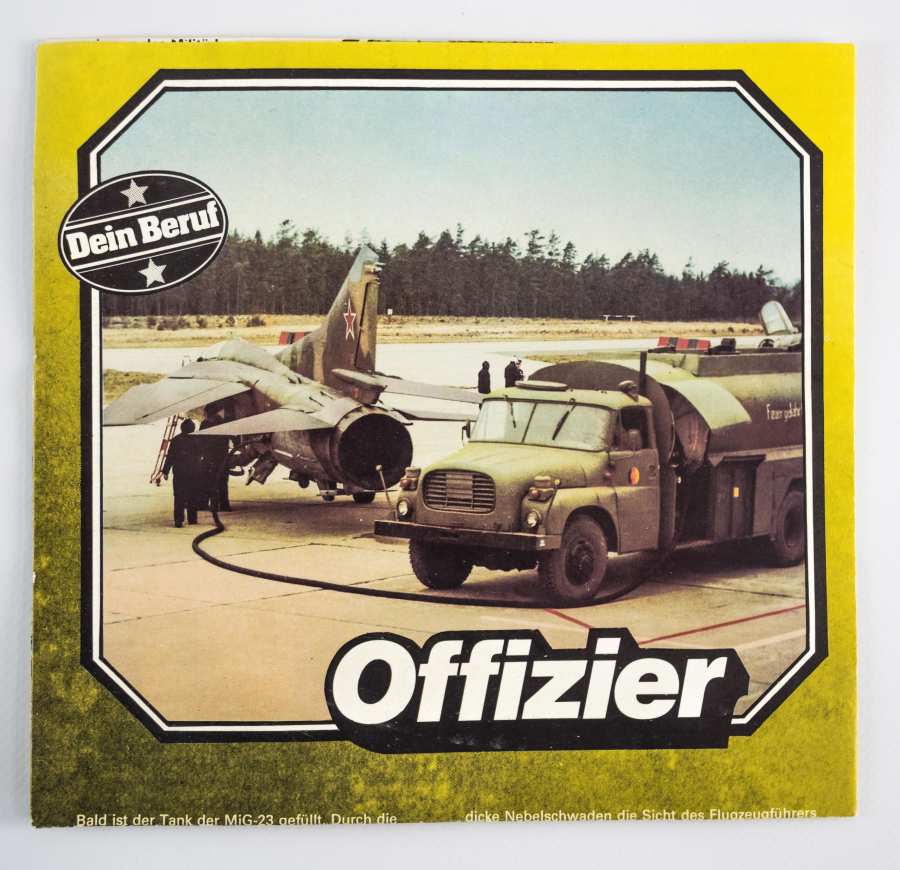 The end of the National People's Army

Militarisation in many areas of the DDR was softened in the course of the political change from autumn 1989. Military instruction and the various pre-military organisations were dissolved. A small number of NVA personnel and a few weapons systems, such as the »MIG 29«, were integrated into the Bundeswehr on 3 October 1990. The majority of the troop units and locations were disbanded with reunification and the merger of the two German armies.

More objects on the NVA in our online database: 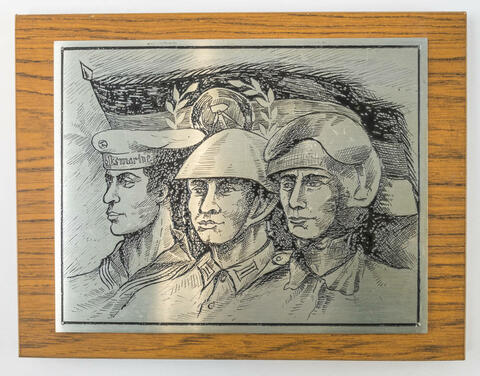 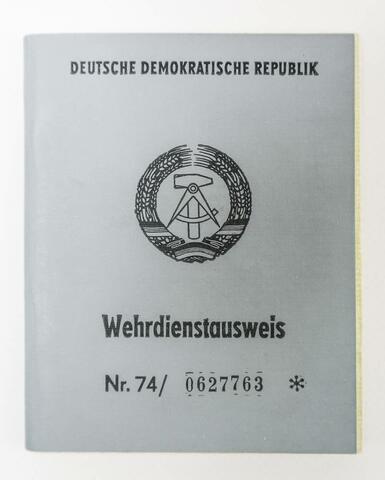 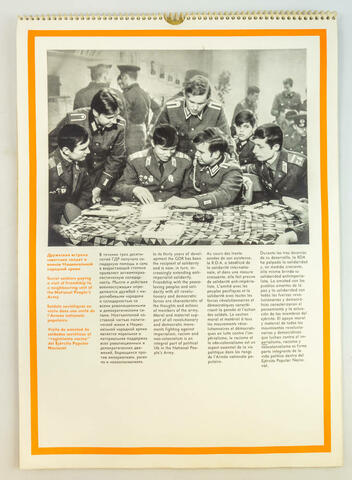 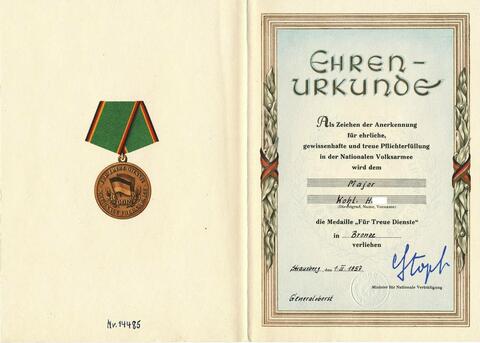 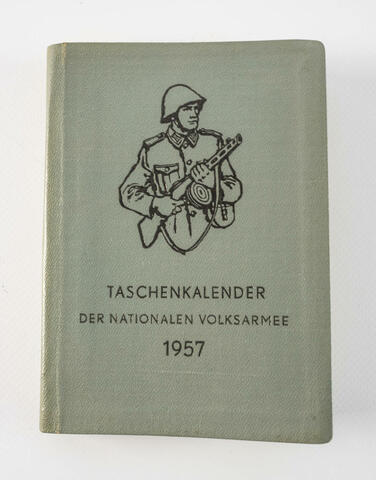