The Society for German-Soviet Friendship (DSF) was the second largest mass organisation in the GDR and was intended to counteract the anti-Soviet attitude of the population after the end of the war. The DSF was active in cultural work with numerous activities. by Jörn Kleinhardt (27 Jul 2021)

In addition to political agitation the DSF (Deutsch-Sowjetische Freundschaft) organized numerous sports and cultural events in cities, counties and schools, where the main topic was socializing and getting to know a different culture than one's one. The choice of activities was quite diverse and included language classes, educational trips and evening events at the culture houses as well as the week of the German-Soviet Friendship, which was celebrated each year in May. In cooperation with the Ernst Thälmann Pioneer Organization and the Free German Youth (Freie Deutsche Jugend) penpalships were initiated in Russian classes (Russian was an obligatory class in schools). Every year the so-called “Friendship Trains” brought children into each country, so they could spend their summer holidays at the “International Youth Camps”.

The Society for German-Soviet Friendship was constantly growing in the course of its existence and counted nearly 6 million members in the 1980s. After the Free German Trade Union Federation (FDGB) the DSF was therefore the second-largest mass organization in the GDR. 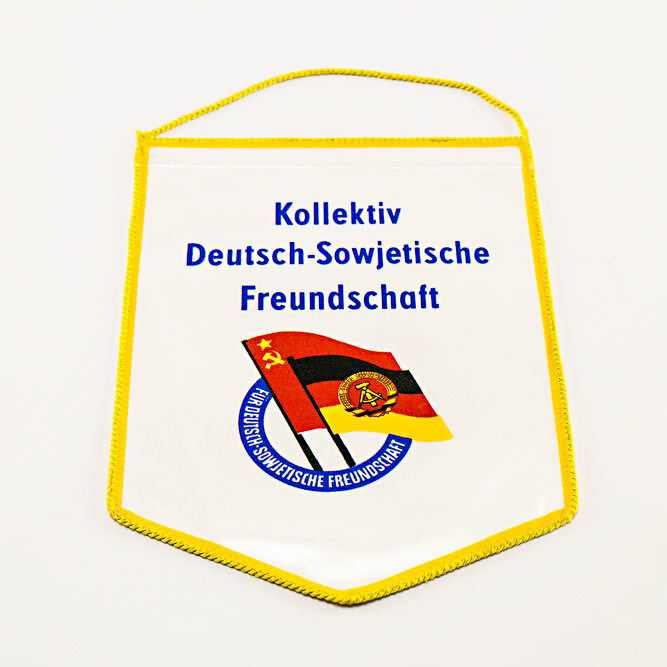 Throughout the last years of the existence of the GDR the role of the mass organization changed. The movements “Glasnost” (openness) and “Perestroika” (rearrangement), initiated by Michail Gorbatschow, were not approved by members of the Socialist Unity Party of Germany (SED), which was met by great resentment among the GDR population. Before, it was constantly maintained that “to learn from the Soviet Union is to learn how to win!”, a slogan which, according to SED- functionaries, was not up to date anymore at the end of the 1980s. Kurt Hager, chief cultural officer and member of the polit office, announced the following statement when asked about the reforming plans of the “Big Brother”: “Would you, by the way, if your neighbor re-papered his apartment, feel obliged to do the same?”. Because the polit office refused necessary reforms, many people regarded their membership with the German-Soviet Friendship as a sign of protest against their government and showed solidarity with the reforms initiated by Michail Gorbatschow. 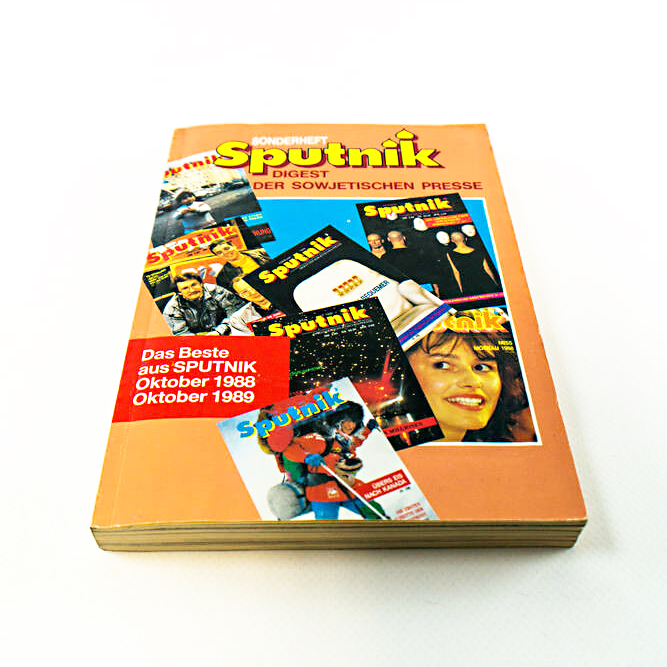 The highlight of this development was without a doubt the censorship of the popular Soviet magazine “Sputnik”, which dealt with the topic of the German-Soviet Non-Aggression Pact of 1939 and therefore criticized the former ruler Josef Stalin to a large degree. Because of the obvious analogies to their own power practice the leadership of the SED did not want to overwhelm the nation with such an educational article and prohibited the magazine for almost a year. In November 1989 a special edition was released with the censored articles of the previous year. Because of the opening of the border on November 9th the society was characterized by a great civil commotion at the time and the German reunion was already visible at the far horizon.

More objects on the topic of »German-Soviet Friendship« 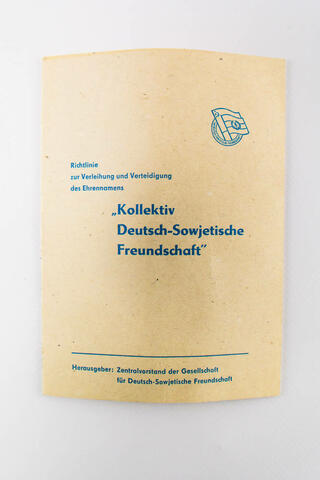 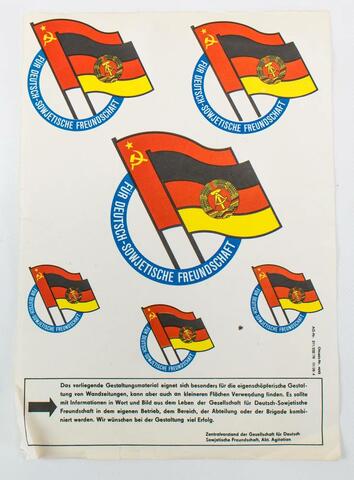