Every technology enthusiast in the GDR was well accustomed with the products of the company ORWO. No wonder: The company used to have the monopoly on the production of chemical data mediums in the GDR. The history of the production site, Wolfen, however, is only familiar to few.
by Admin (18 May 2016)

Every technology enthusiast in the GDR was well accustomed with the products of the company ORWO. No wonder: The company used to have the monopoly on the production of chemical data mediums in the GDR. The history of the production site, Wolfen, however, is only familiar to few.

The "Society for Aniline-Fabrication" was founded by Paul Felix Abraham Mendelssohn Bartholdy and Carl Alexander Martius in 1867 in Rummelsburg, Berlin. The company was formed into the "Stock Corporation for Aniline-Fabrication" about 6 years later. The term "Agfa", which is known until today, became a registered trademark for "chemical supplements for photographic purposes" in 1897. The constantly expanding company quickly became the biggest European producer for photographic films and labor equipment and remained in this position for many decades. In order to satisfy the demand for films, new production sites outside of Berlin were established.

As a result, the Agfa consortium founded the film factory in Wolfen in 1909, not far from the already existing sites of chemical production between Dessau and Halle. Since 1925, Agfa was part of the company IG Farben; four years later Wolfen even became the control operation of section 3 at I.G. Farben. In the 1930ies, the first practicable color film "Agfacolor Neu" was developed in Wolfen. After the end of World War II, the company in Wolfen was turned into a "Soviet Stock Corporation". In the following years, a large part of the facilities and of the production were given to the Soviet Union as a reparation. The West-German production sites of "Agfa" also started with the production of the approved products shortly after the end of the war. Since 1953, the company based in Wolfen did business under the name of „VEB Film- und Chemiefaserwerk Agfa Wolfen“. Along with the so-called "Chemicals Program" a massive extension of the film industry was realized with a simultaneous reduction of the artificial fiber industry. Artificial fiber was henceforth produced at different locations.

After a long-lasting dispute about name and patent rights between the GDR and the Federal Republic of Germany, a trade mark conversion from "Agfa" to "ORWO" took place. "ORWO" was the acronym for "Original Wolfen". Along with the new name, the GDR's leaders were hoping for a demarcation to the West-German "Agfa" industry. Henceforth, the products from Wolfen continued to be put on the market under a different name, but nonetheless with the same high quality. In 1970, the Fotochemical State Combine was founded and had its headquarters in Wolfen. There were also a number of additional plant sections such as the nationally-owned enterprises Chemiefaserwerk „Friedrich Engels“ Premnitz, ORWO Plast Schmölln or Fotopapierwerk Dresden.

Along with the Wende in 1980 and 1990, attempts to privatize the main factory of the Fotochemical State Combine remained unsuccessful. The company was liquidated in 1994. Since the end of the 1990s, small parts of the shattered company began producing under the trade mark "ORWO". In 2014, a total of about 300 people were working at the different company parts in Wolfen.

You can find a gallery of different ORWO products on our Facebook page along with this blog. 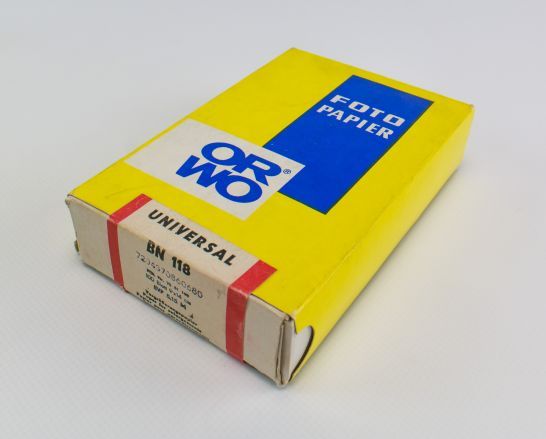 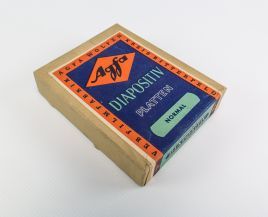 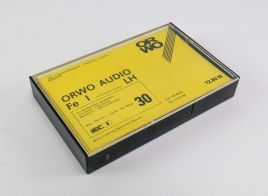 The dacha as a symbol of everyday life in the GDR