What did a Christmas in the GDR look like? In this blog post, we have selected ten objects from our collection to guide you through a typical Christmas day in the GDR. by Alexandra de León (30 Nov 2022)

Just like today, the morning of 24 December began with a lot of excitement. Opening the last door of the advent calendar ushered in the upcoming festivities. However, these advent calendars usually contained pictures rather than chocolate, which families could then discover together. Those who were particularly lucky received a homemade advent calendar with small surprises.

This old custom dates back to a Lutheran tradition of the 19th century. Even then, people looked forward to the festivities of the birth of Christ. The word »advent« has its origins in Latin and essentially means »arrival«. The first advent calendars had no doors as we know them today, but there was rather the tradition of hanging up a new (Christian) picture day by day. In the GDR, Christian motifs were initially not allowed to be printed on the calendars. In 1973, however, a small publishing house in Lusatia was allowed to use religious images for the first time. 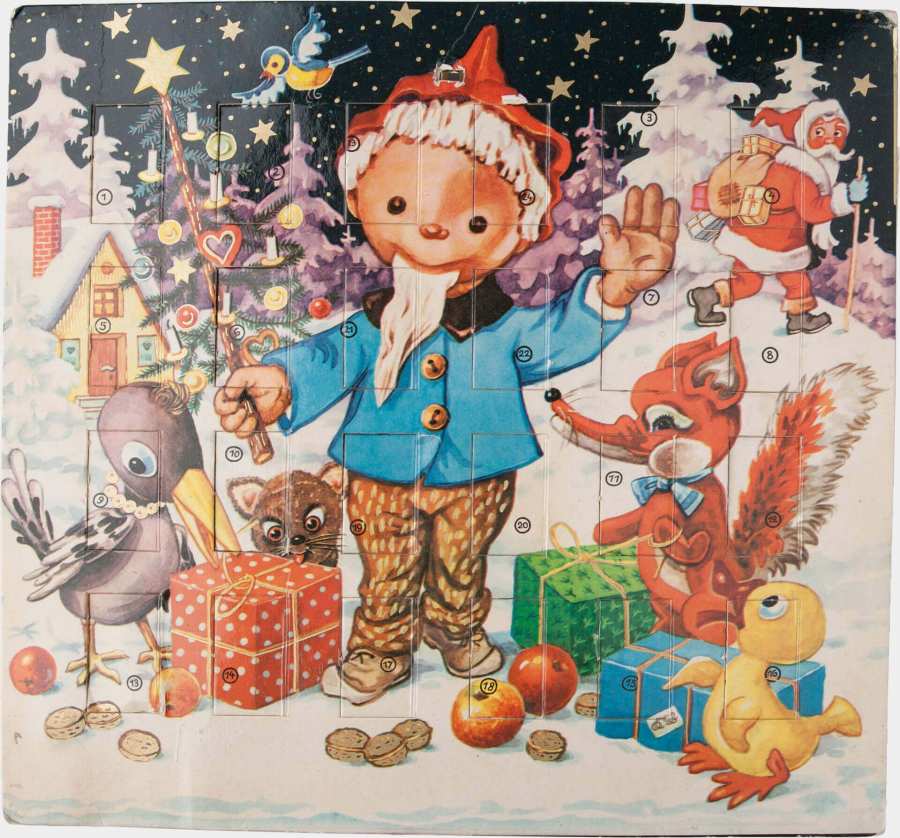 A look out of the window opened up onto a sea of candle arches. Almost every household had at least one of the handmade arches that shone on the window sills.

The first known Schwibbogen was made in 1740 in the Ore Mountains region (Johanngeorgenstadt). It was probably a gift from the miners' smith to his customers. Whilst some see the entrance to the mining tunnel - and thus the miners' desire for daylight - symbolised in the arch, others interpret it religiously and see it as the arch of heaven, with the first Schwibbogen not only depicting miners, but also Adam and Eve. However, motifs depicting religion, professions and landscapes were particularly popular. In the GDR, the ornate arches enjoyed particular popularity. By the 1980s at the latest, the Schwibbogen was an absolute must for every windowsill at Christmas time. However, since it had also gained popularity outside the GDR, it was, like so many other things, difficult to obtain. 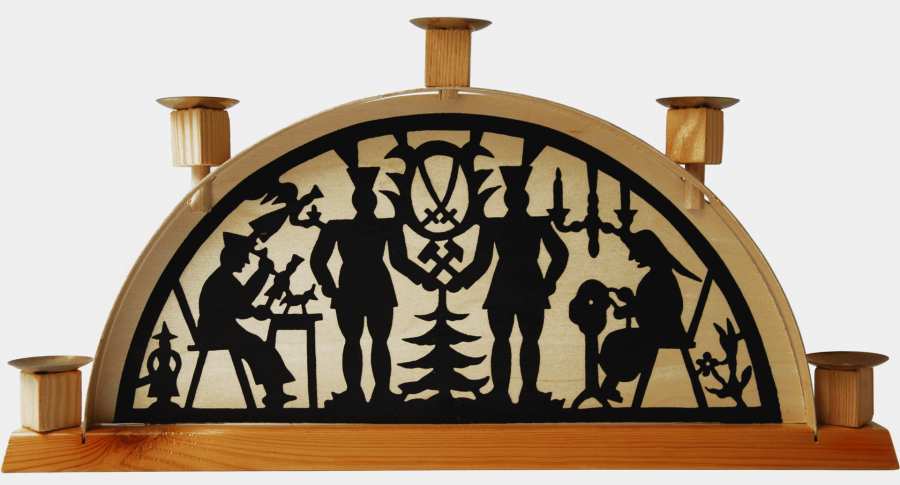 3. The record with Christmas songs

To get into the musical mood, the classic »Weihnachten in Familie« (eng. »Christmas in Family«) would often be played in the background. When the first song started, everyone joined in:

And all the joy that comes with it.

Yes, oh what a feeling of happiness,

The original text by Heinrich Hoffmann von Fallersleben has been slightly altered. This one speaks of

and sabres and more.

Yes, a whole army of war,

However, this text was not allowed to be included on the GDR’s best-selling record, even though religious songs were approved on the 1.6 million records sold. From Christmas music classics to new creations, everything was included. The singer Aurora Lacasa, her life partner, the pop singer Frank Schöbel, and their daughters Odette and Dominique were well-known throughout the GDR. And the record, released in 1985 by the music label »AMIGA«, delighted many families at Christmas in the years that followed. 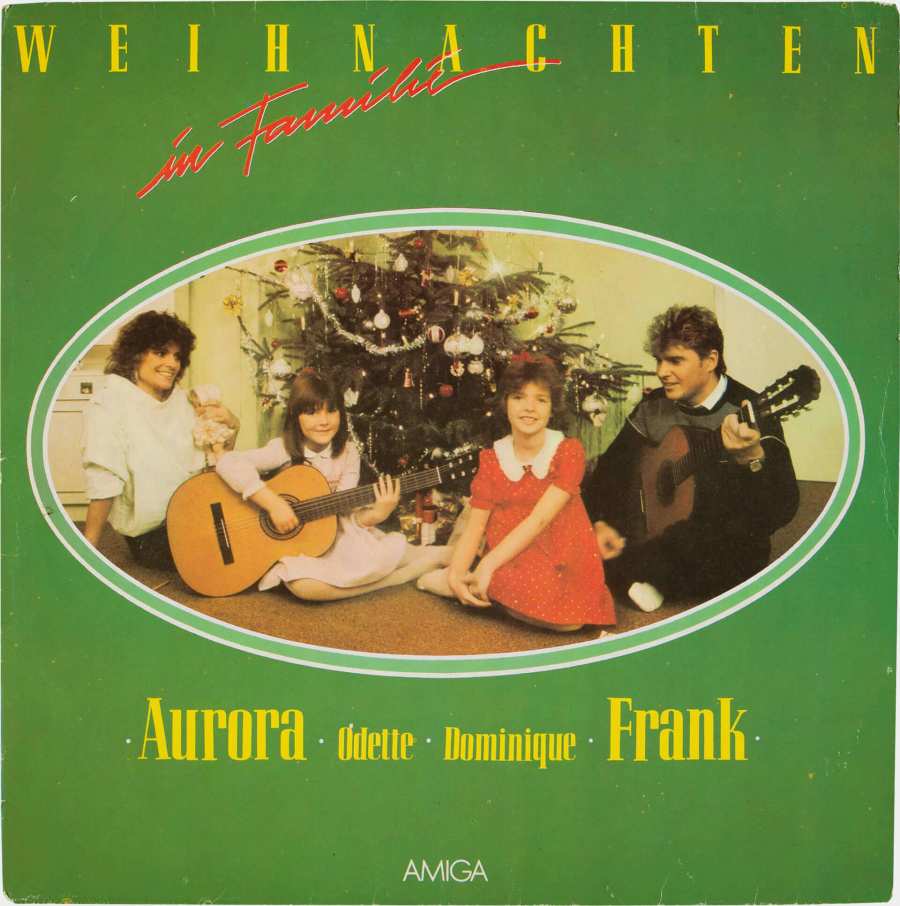 What would Christmas be without Christmas biscuits? Exactly... And those who hadn't managed to bake by 24 December quickly got to work. In addition to Christmas cookie cutters such as stars, bells and fir trees, Sandman figures were also very popular, especially with the children. And so, dough was happily kneaded to the sound of Christmas music, biscuits with various motifs were cut out and then decorated – a celebration for the whole family.

The smell of Raachermannl and freshly baked goods slowly mingled in the flat. By now, at the latest, the Christmas spirit had finally set in.

The Raachermannl – or smoking man – from the Ore Mountains region contained an incense candle. When lit, it began to smoke through the round mouth opening, making it look like the figure was smoking. This is how the Raachermannl got its name. However, the famous little man did not only enjoy great popularity in the GDR. Demand was also so high in the Federal Republic, Italy, Austria and many other countries that many of the figures were exported abroad. The Raachermannl was a real Christmas classic whose smell filled the whole home. 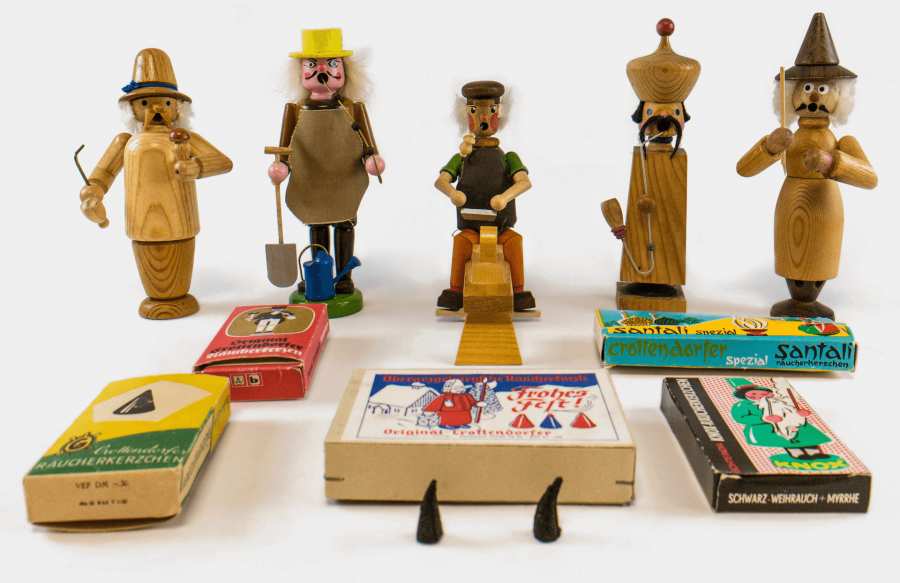 To intensify the Christmas atmosphere even more, the family would then unpack and assemble their carillon, which required both patience and skill. By lighting the candles, heat was generated which rose and made the turbine-like wheel turn. The pendants attached to it began spinning and bumping into the bells, making the familiar ringing sound. Whist some enjoyed the Christmas jingling, others found it annoying. 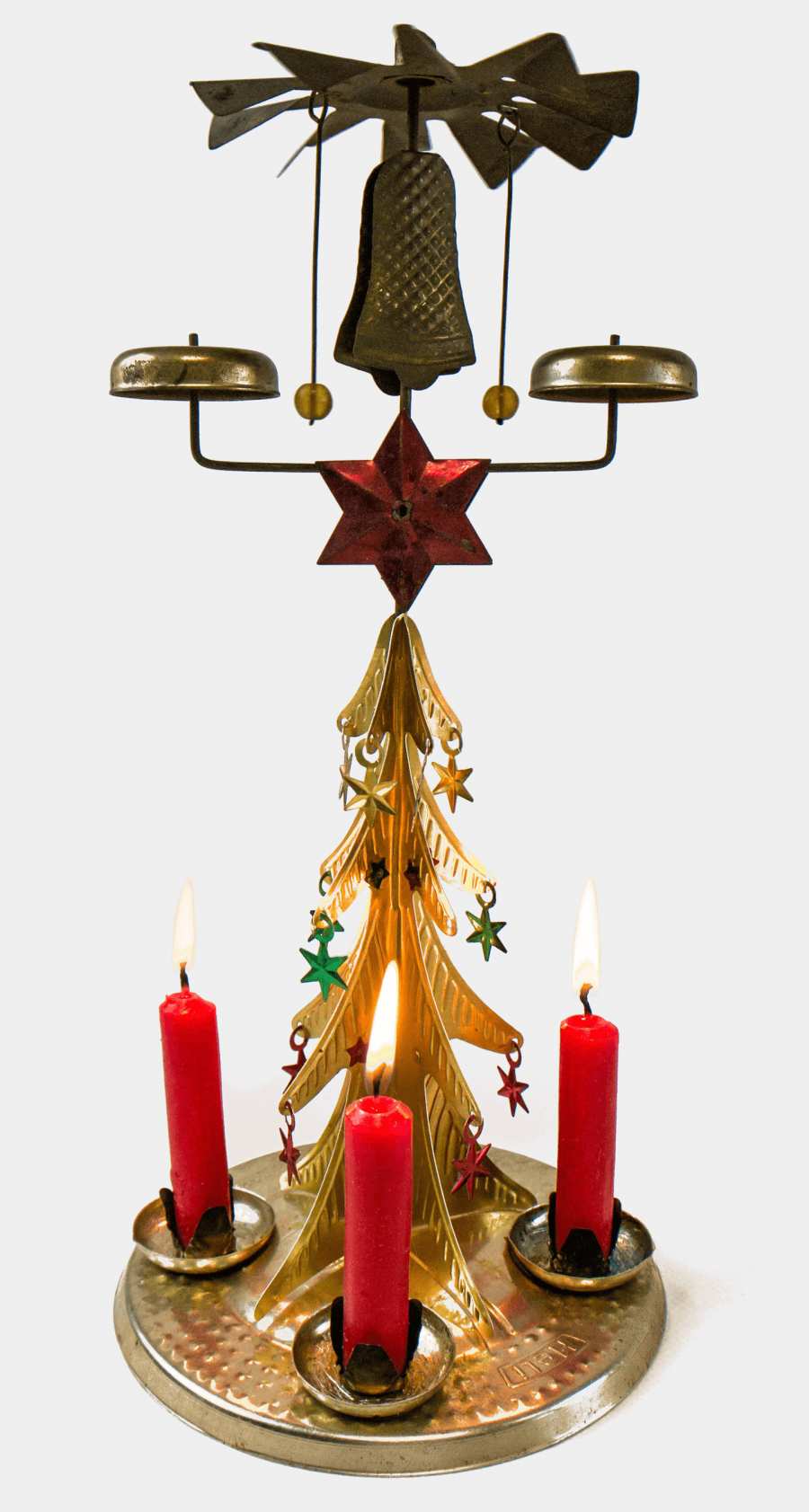 Another highlight was, of course, decorating the Christmas tree together. As an alternative to the colourful glass baubles from Lauscha, people also liked to use thread baubles, especially when the children in the family were still small. This was because the thread balls were much more stable than the easily breakable glass balls.

Lauscha, in the Thuringian Forest, is considered the supposed birthplace of the now world-famous glass tree ornament. According to legend, a poor glassblower came up with the idea because he was too poor to decorate his tree with apples and nuts. To this day, many handicraft businesses are located in the area. And they still pursue the traditional trade, creating hand-blown, hand-painted baubles and figurines every day. But other materials, such as our plastic thread balls, were also produced here. With the transformation of the craft enterprises into cooperatives in 1948, many glassblowers left the GDR for the West. Eleven years later, these cooperatives were then transformed into Volkseigene Betriebe (VEB) (eng. State-owned Companies), in this case under the name VEB Thüringer Glasschmuck-Verlag (eng. VEB Thuringian Glass Jewellery Publishing House). At the beginning of the eighties, the VEB boasted 500 employees, and this was actually necessary; glass jewellery was considered an absolute export hit. Only a third of these Christmas goods stayed in the GDR, whilst another third made the journey to Eastern Europe and the best third to the West. 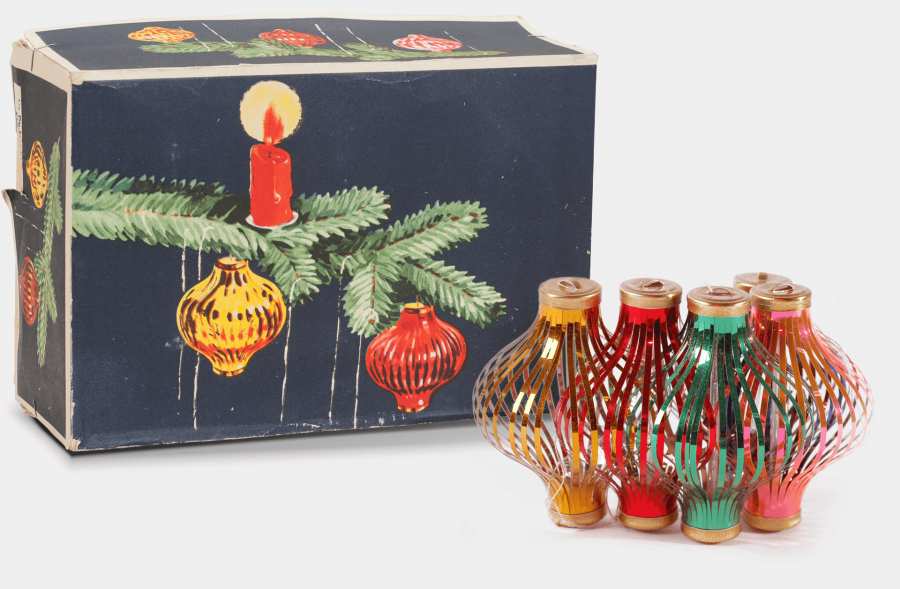 8. The »Narva« chain of lights

The Christmas tree was not complete without these Christmas lights from »Narva«! But before they were attached to the tree, you had to check whether all the bulbs were still lit. The problem was: if only one light element was broken, the whole light chain went out. Not only did all the bulbs have to be checked individually, but it was also difficult to find replacements.

The GDR bought most of its light bulbs from the VEB Narva Kombinat Berliner Glühlampenwerk (eng. VEB Narva Kombinat Berlin Incandescent Lamp Factory). The well-known name »Narva« was composed of the initials »N« for nitrogen, »Ar« for argon and »Va« for vacuum. In August 1952, internal conflicts arose at the company’s Berlin headquarters. Women in particular stopped work to protest against decisions on working conditions during the night shift and were successful with their strike. 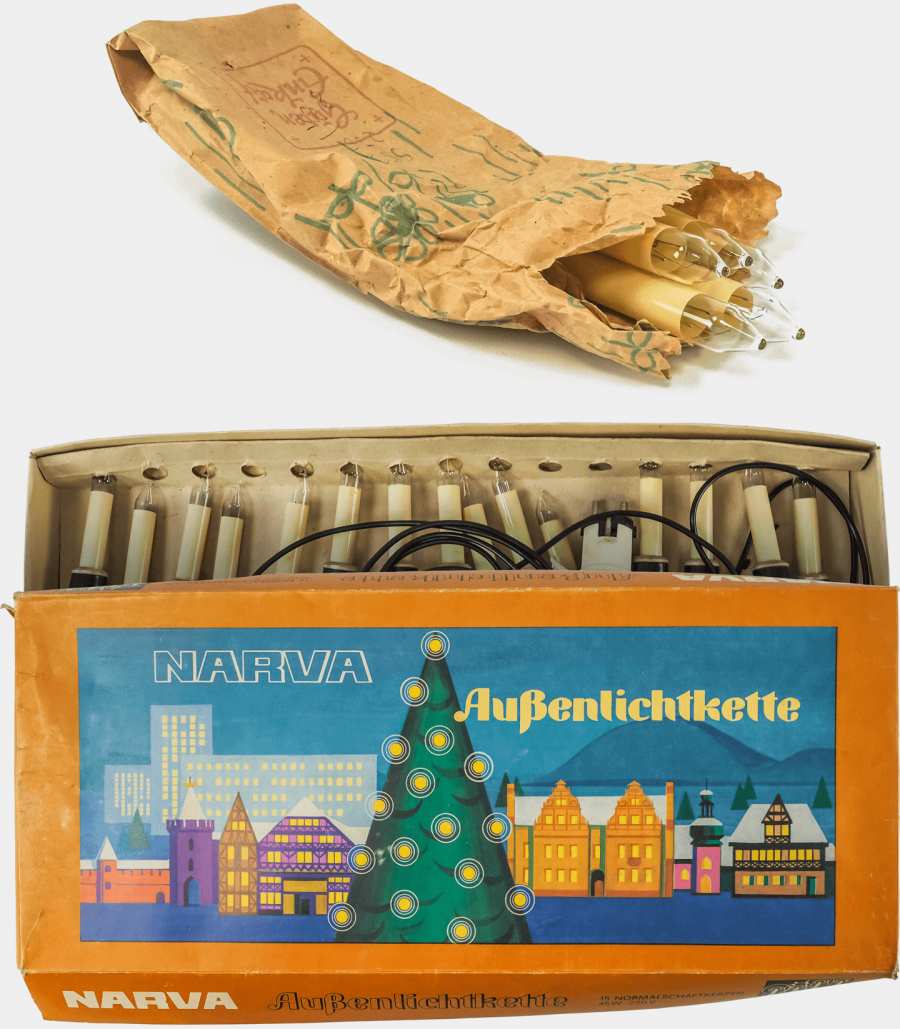 As was the case every year, the nutcracker found its place of honour next to the bowl of walnuts. Typical GDR nutcrackers were produced in various sizes in over a hundred work steps. Motifs such as the policeman, the red hussar, the king, the soldier, the forester, the robber and the Dane were preferred. The most popular examples came from Seiffen in the Ore Mountains, the birthplace of the nutcracker as a woodturning figure.

The hussar is still a particularly popular motif with high recognition value today. Although the figures are still given as gifts at Christmas, they function primarily as decoration. However, this need not be the case, as, despite not giving a graceful impression, they are very much capable of cracking even the hardest nut. 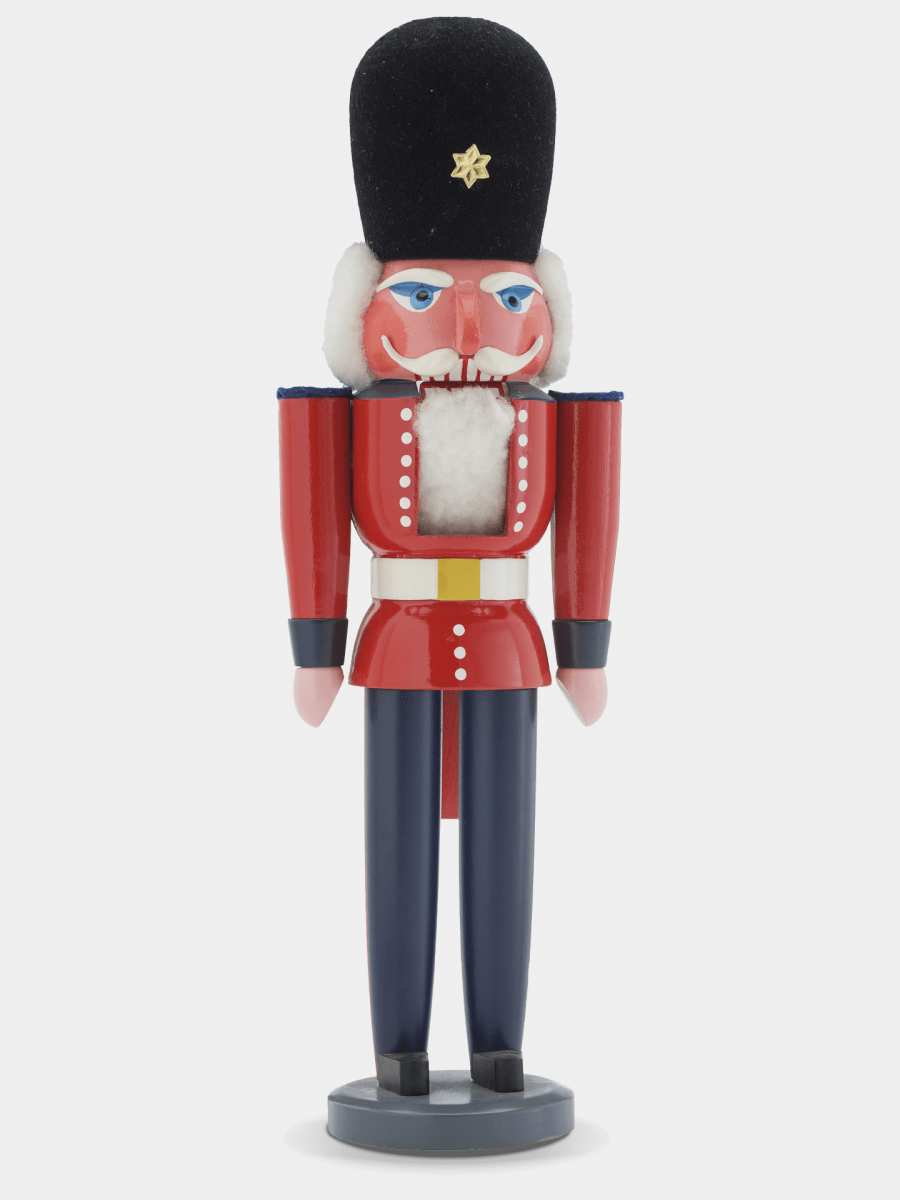 After the family had eaten their Christmas dinner and fresh pastries, it was time to unwrap the presents. Throughout the year, people were on the lookout for presents for their loved ones, because everyone knew that it was always just before Christmas when the shortage economy became particularly noticeable.

This also applied to some foodstuffs, which families would freeze when possible. Especially in the GDR, planning was half the battle to having a relaxed Christmas. The presents were then wrapped in the carefully ironed wrapping paper from the previous year. Accordingly, gifts were not simply torn open, but carefully unwrapped. 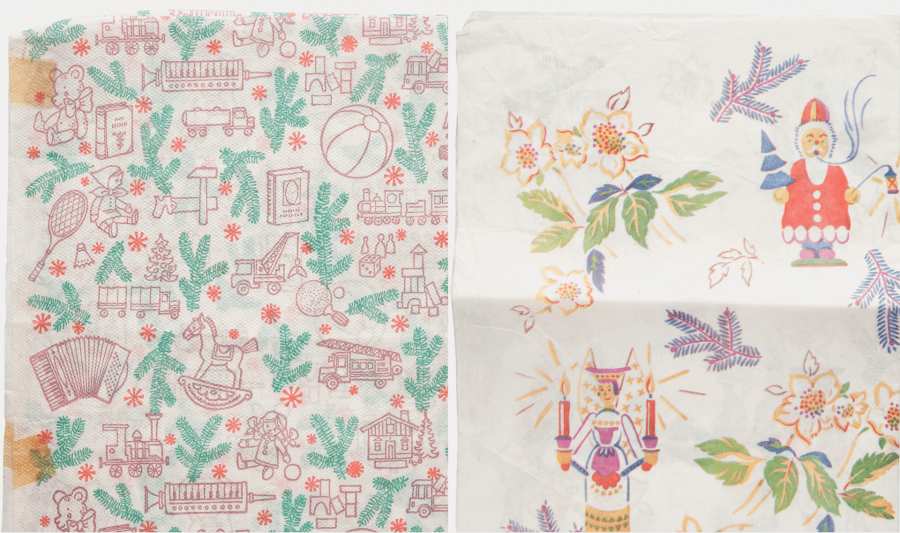 The special highlight of Christmas, which was only reserved for people with family in the West, was the western package. The western package contained very special gifts that were hardly available in the GDR, if at all. Above all, foodstuffs were difficult to acquire, such as the indispensable candied lemon peel for baking the famous Dresden Christmas Stollen.

The western package was not only a gift to loved ones. It also represented a great deal of support - not only privately, but also nationwide. The economic factor of the packages was analysed by the Institute for Market Research of the GDR. In 1984, the western package represented 4.3% of total retail sales. The average value of goods in a western package was about 197 DM. But not everything arrived. Postal and Stasi employees sometimes looted the parcels for their own benefit or because they found forbidden items, such as printed matter or sound and image media.

In the episode »Frag Dr. Wolle – Das Westpaket« (eng. »Ask Dr. Wolle - The Western Package«) you can see what was included in a typical Western package. 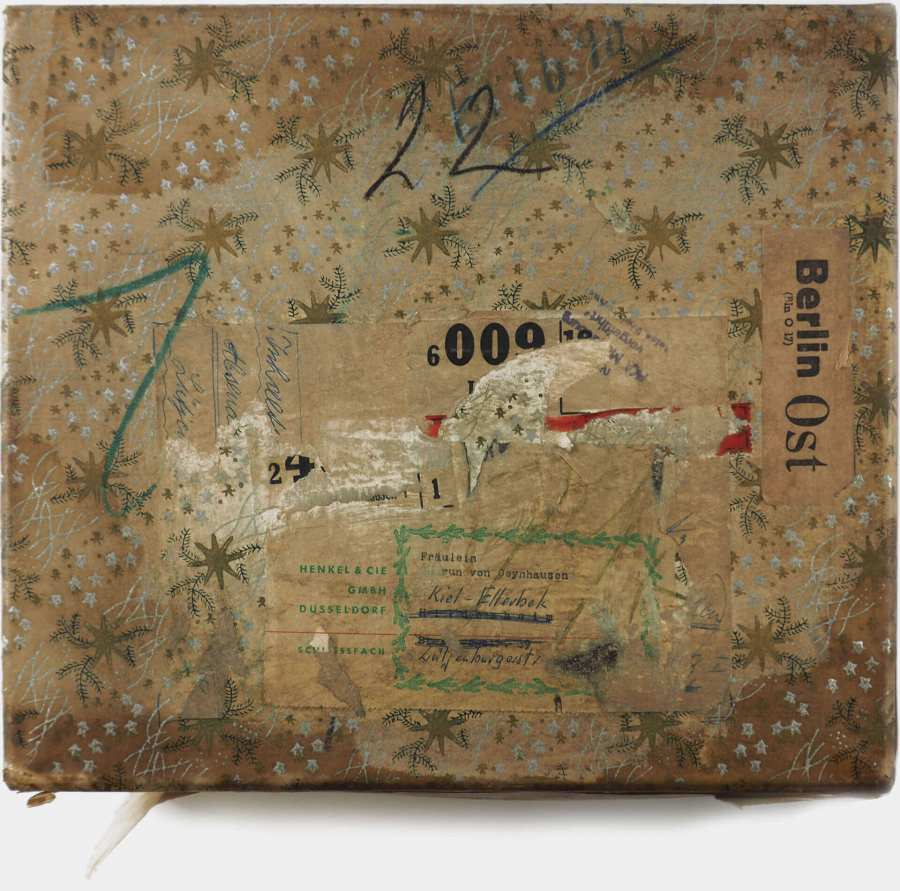 The Genex catalogue provided inspiration for the western package. The Geschenkdienst- und Kleinexporte GmbH (eng. Gift Service and Small Exports Ltd), founded in 1956, had published order catalogues from the 1960s onwards to enable GDR citizens with (solvent) connections in the West to obtain consumer goods that were difficult or impossible to obtain in the GDR. The Genex catalogues, therefore, went exclusively to West Germany. Genex reliably fulfilled its function of generating foreign currency for the GDR. Within almost thirty years, it generated over three billion German marks with various products, ranging from food to entire houses. 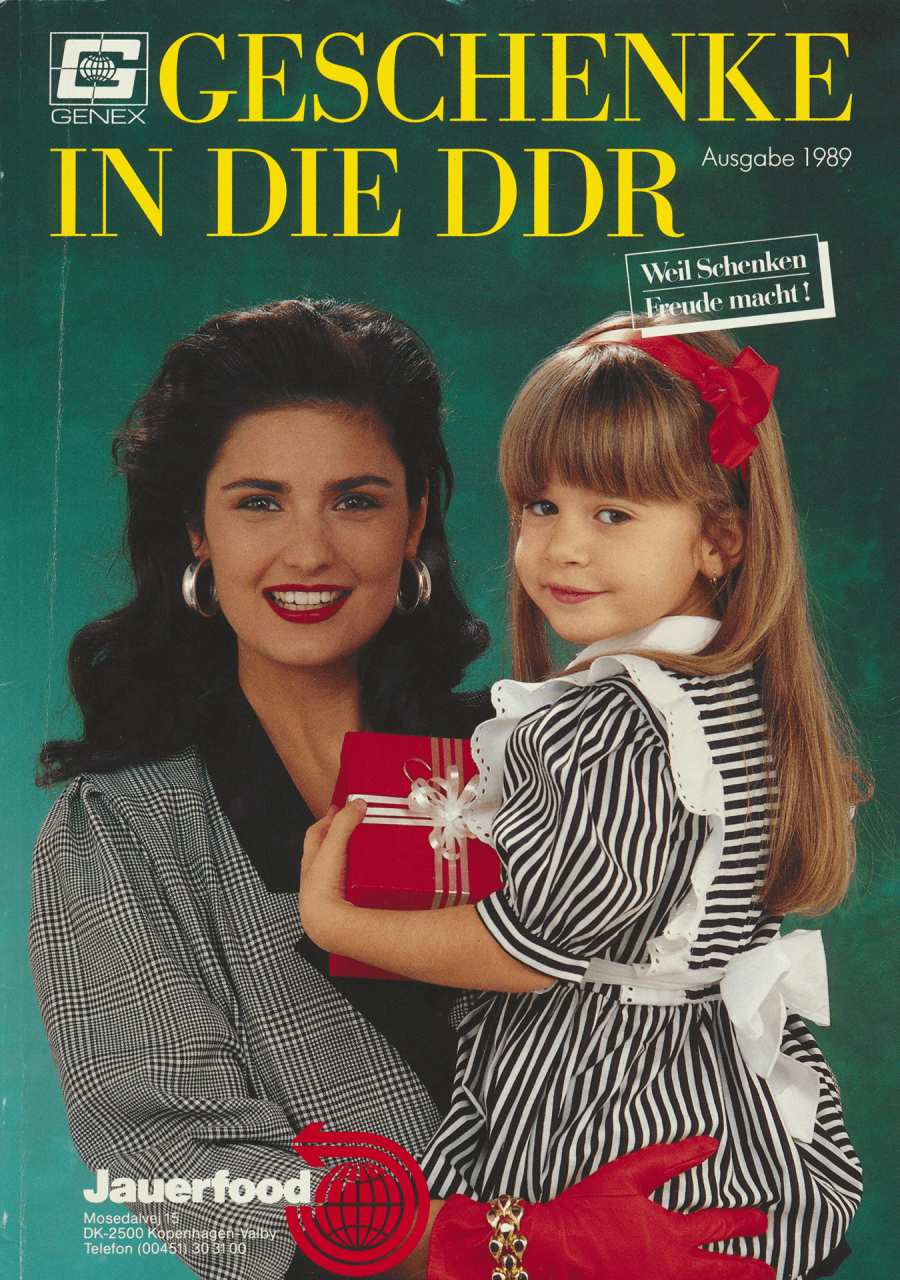 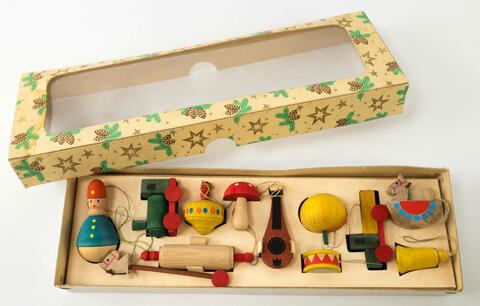 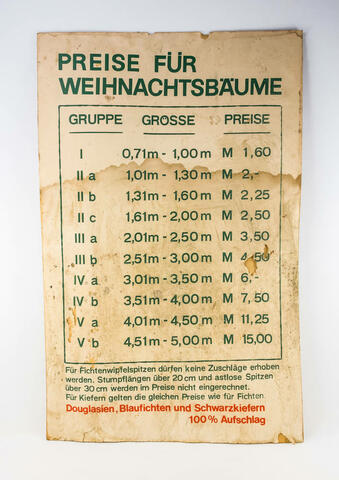 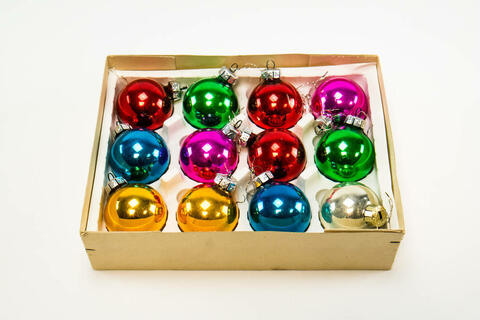 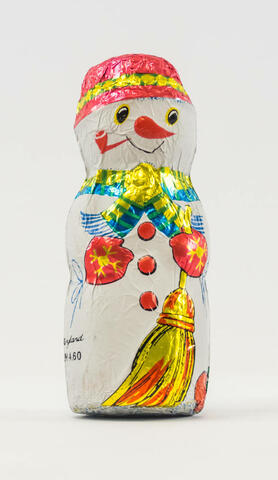