The DDR Museum's collection now comprises more than 300,000 objects. Out of these objects around 13,000 can be viewed in our object database, which can be accessed free of charge online. Here we present five particularly bizarre pieces. (29 Jun 2022)

The DDR Museum’s collection contains a variety of exciting, rare, antique, interesting and valuable objects. Thanks to our many active donors who have given us their prized possessions since the museum’s founding in 2005, the number of objects we have is constantly growing. Yet some of these objects stand out because of their unique curiosity - be it their appearance, condition or the story behind them. We would like to present five of these objects to you today! 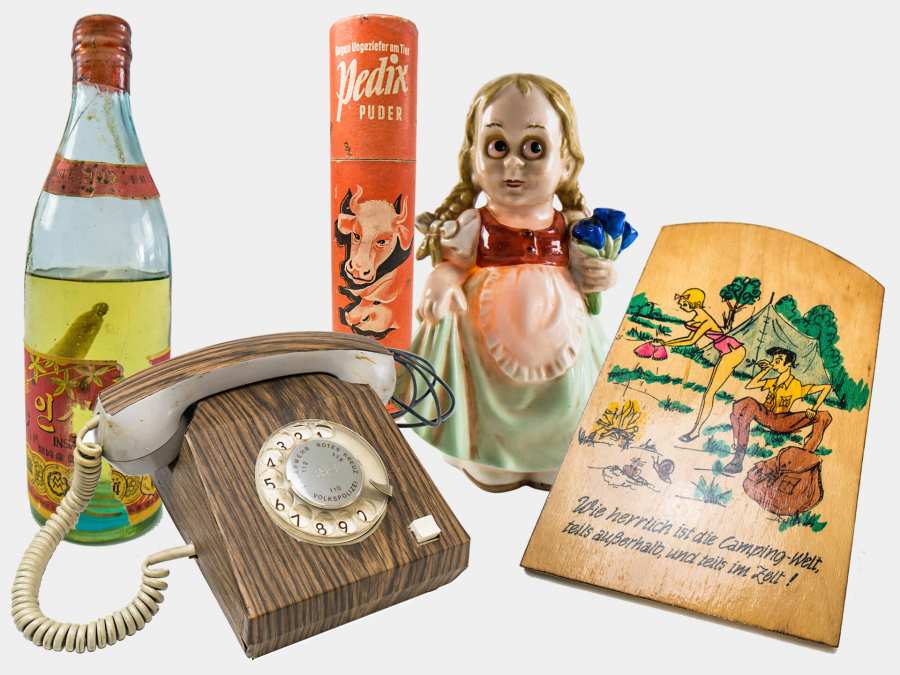 Night light in the shape of a young girl

This object made it into our list because of its unusual appearance. It has a mains plug through which the light bulb inside the night light makes the entire figure shine in a reddish glow. The figure is depicted with a plaited hairstyle, dressed in southern German traditional garb and holding a bouquet of flowers in her hand. The pale pinkish-greyish colouring of her skin tone, her surprised yet creepy facial expression and the reddish luminous colour of the lamp give this object a rather bizarre character. 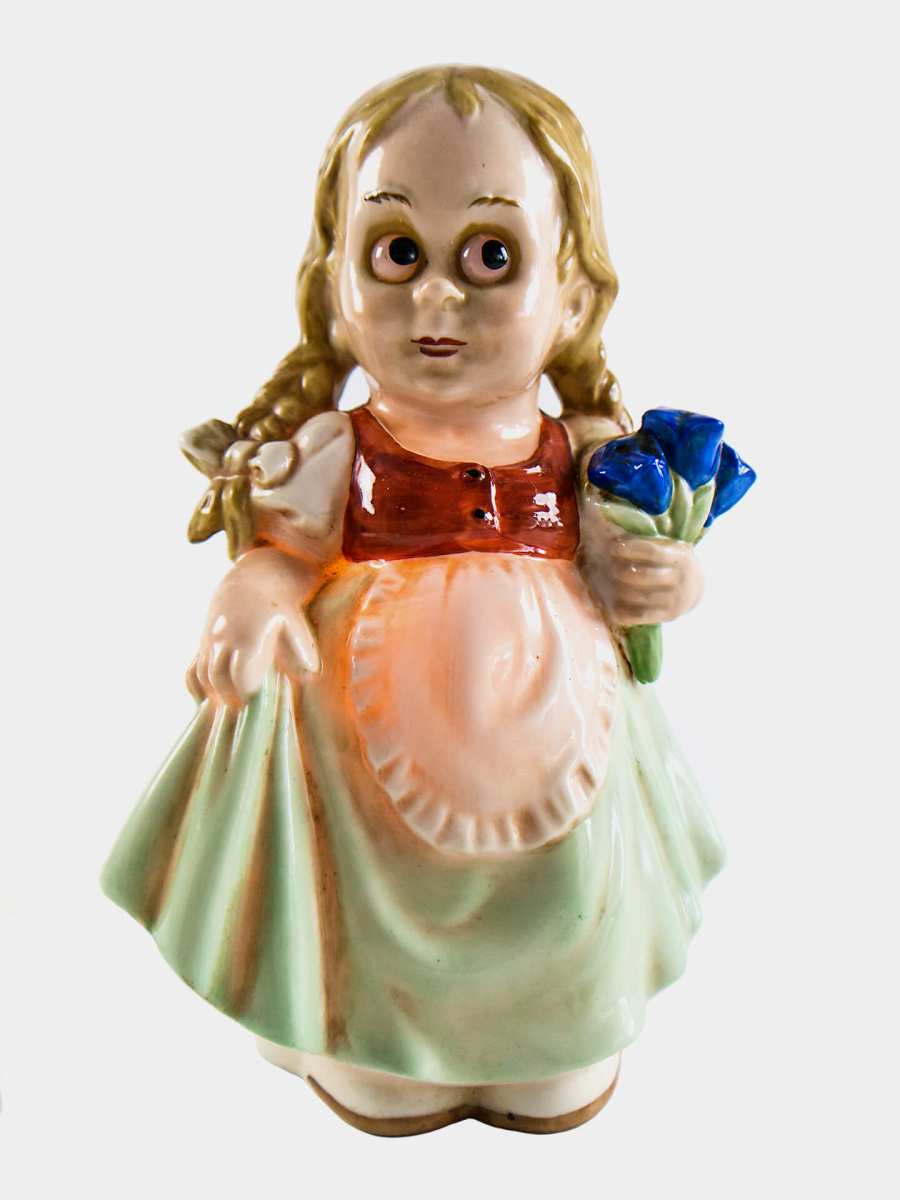 This liqueur bottle is truly a rarity. The drink has an alcohol content of 30 percent and comes from the Democratic People’s Republic of Korea, also known as North Korea, and the label on the bottle is in both Korean and English. A considerable amount of the liquid has evaporated over the years. This object’s special feature is the ginseng root found in the bottle. Ginseng, also called the butterbur plant and »insam« in Korean, is a plant from Asia and is often used in medicine and cosmetics. Ginseng is said to help against tiredness and exhaustion and is also used as a sexual enhancer. The liqueur »Insamsul« is thus a kind of »power drink« and is representative of the diverse range of alcoholic products in the GDR, offering the perfect drink for every occasion. 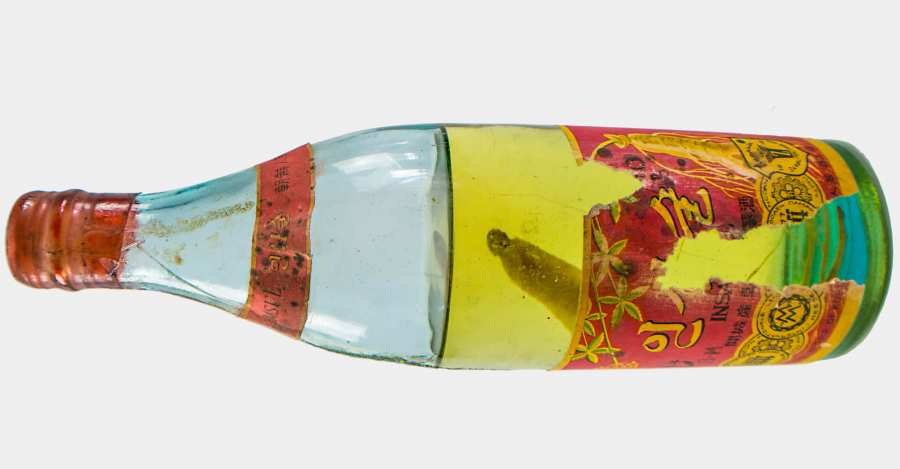 This telephone is not particularly special in itself. It was produced by the VEB Fernmeldetechnik Nordhausen in 1978. The company belonged to the RFT manufacturing association, which produced broadcast and telecommunications technology and united various telecommunications companies in the GDR. The telephone has a perforated dial - largely made out of plastic - on which the abbreviated dialling numbers for the fire service, the Red Cross and the People’s Police are printed. What makes this object unique, however, is that the former owner decided to individualise the exterior of their phone and covered it completely with veneer-looking foil, which was used on many pieces of GDR furniture. In any case, a unique object. 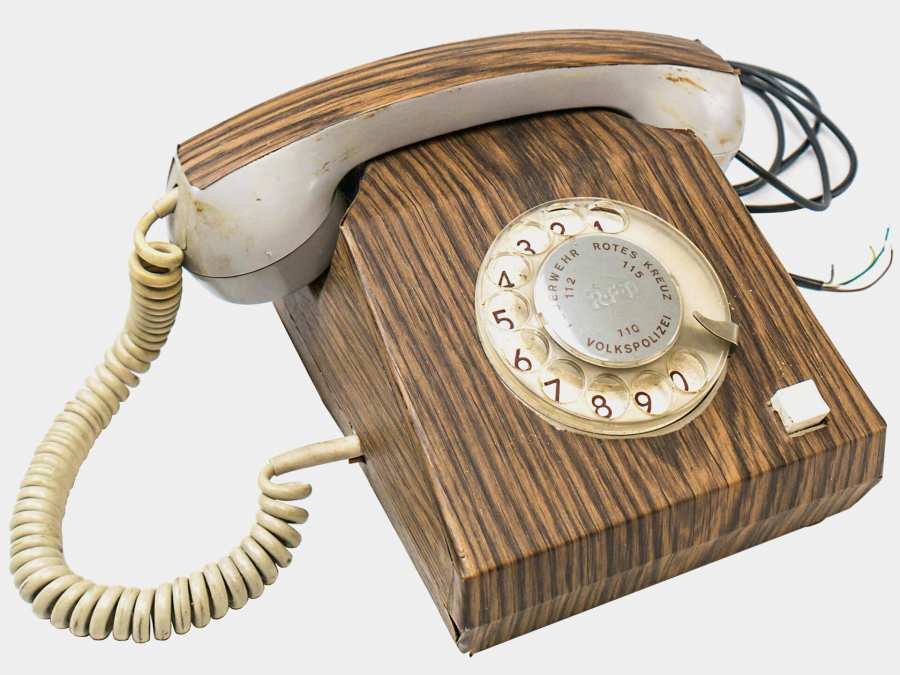 »Pedix powder - Against vermin on your animals«

The disinfectant »Pedix powder« also belongs on our list of special objects due to its unique nature and function. The product was produced by VEB Fettchemie Karl-Marx-Stadt for the prevention of vermin infestation on animals (including cows, pigs, goats, but also dogs and poultry). It cost 2.70 marks and was packaged in a sort of spray can, on which the heads of a cow and pig were depicted. Especially in the early days of the GDR, meat consumption was far from commonplace and factory farming, which makes our current eating habits possible, was still in its infancy. These circumstances allowed farms to »… sprinkle and apply (the Pedix powder) to the base of the hair or feathers of their animals«, as is stated in the instructions. Our collection also contains a large-format advertising board for this product. 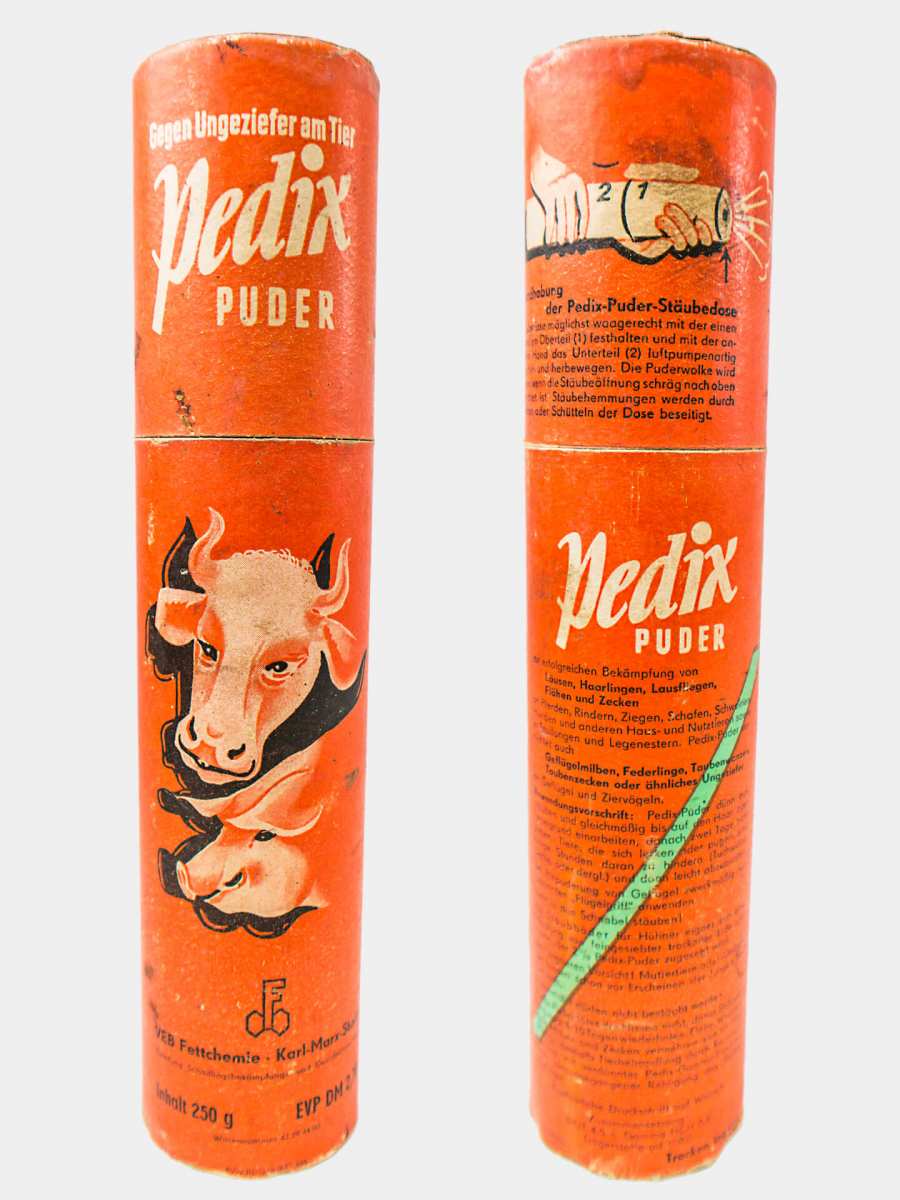 Wooden plaque »How wonderful the camping world is«

It is well known that many GDR citizens had a passion for camping. They would spend their holidays in designated campsites with the whole family, or they camped »wildly« for a few nights and then moved on to a new location. So it is not surprising that this topic was also taken up humorously, for example through this wooden plaque. It features an idyllic drawing of a couple in front of a tent under an open sky, as well as the saying »how wonderful the camping world is, both outside and inside the tent!« What makes this object special is the smug ambiguity of the text and the lovingly designed drawing. It could be hung on the wall for decoration in the living room or bedroom at home using a hole on the back of the board. 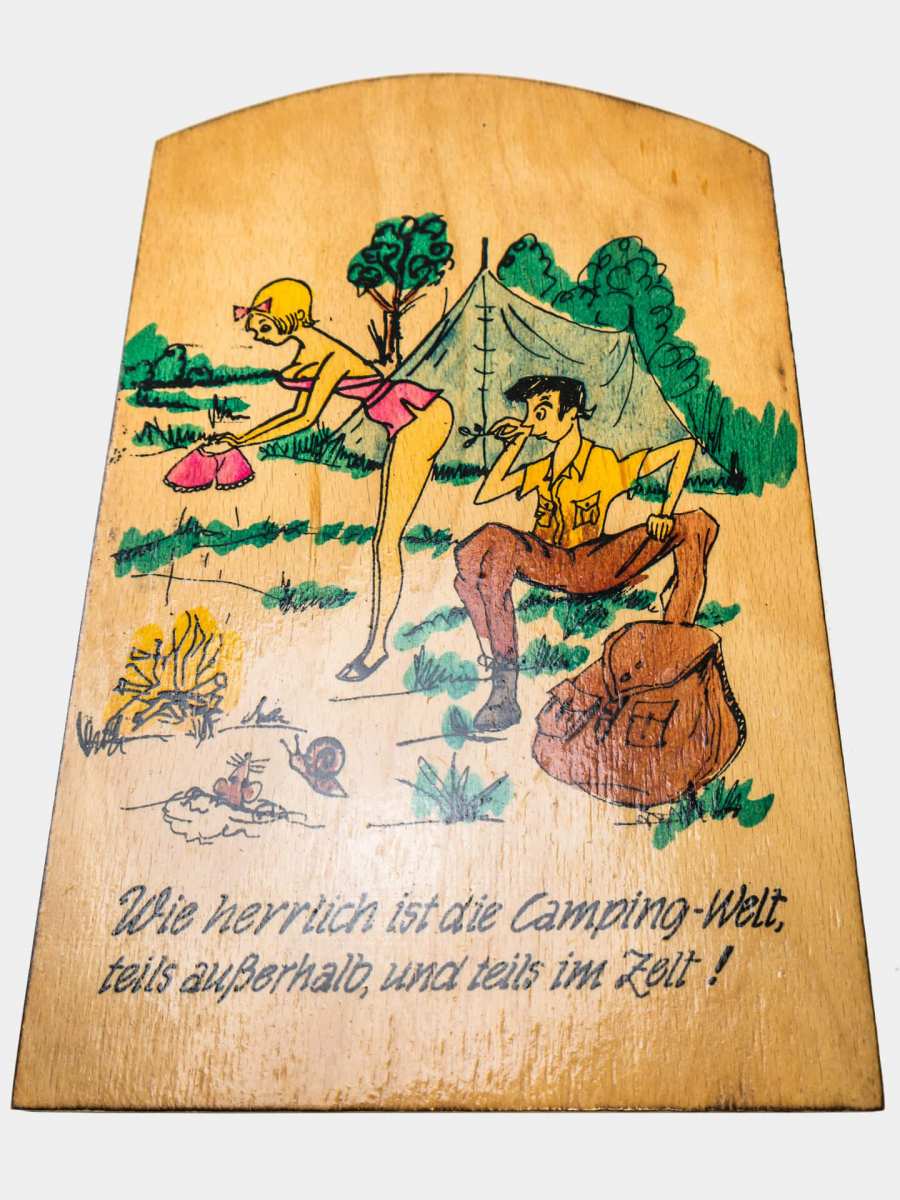 Do you still have objects from the early days of the GDR that you would like to donate to us? Here you can find a list of objects that the DDR Museum is looking for. Please get in touch by email and send a photo of the object(s) to sammling@ddr-museum.de. Thank you!

Other »bizarre« objects in the DDR Museum's collection 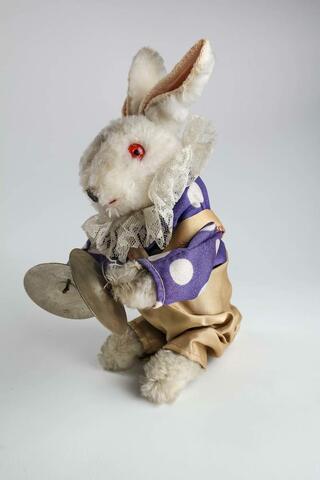 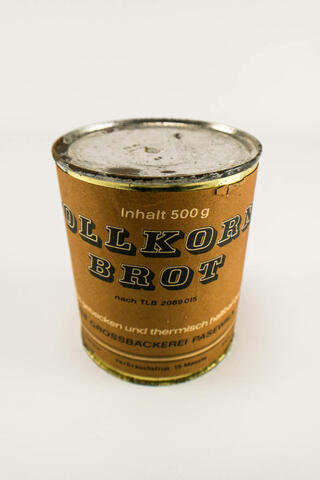 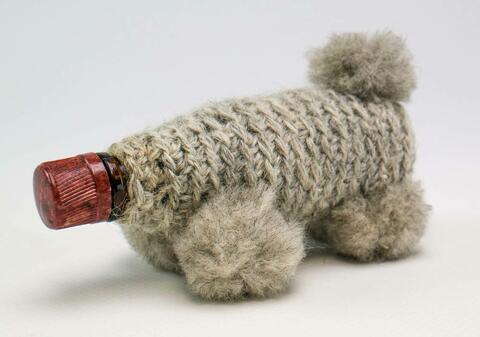 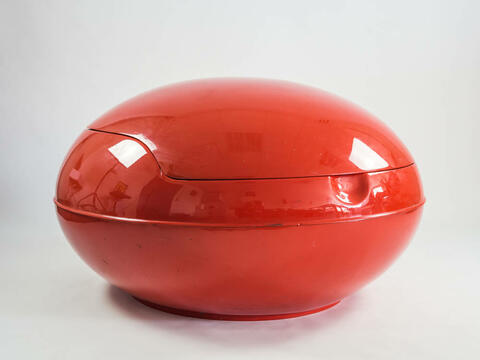 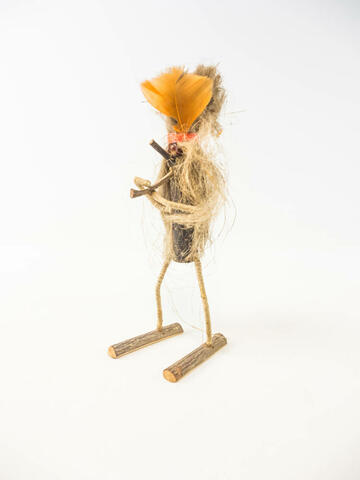 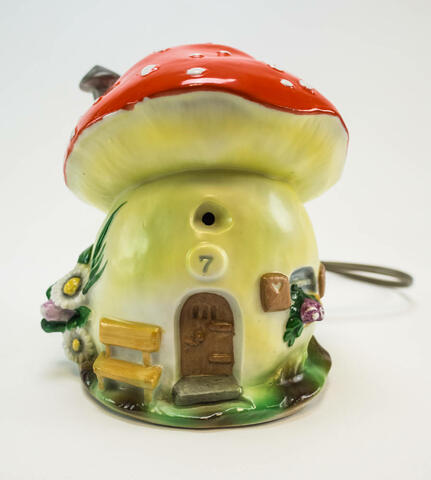 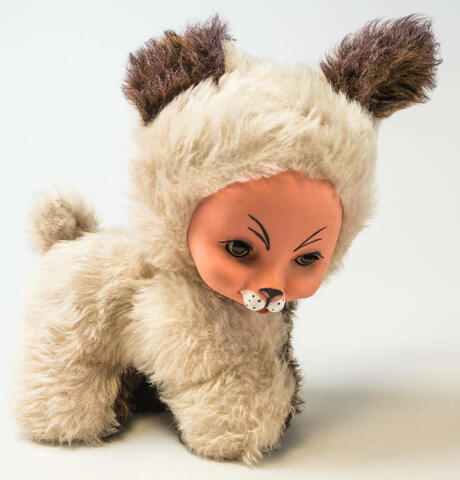 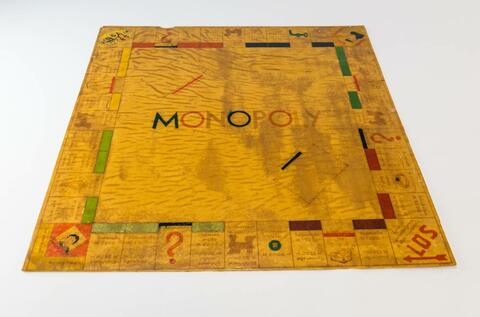 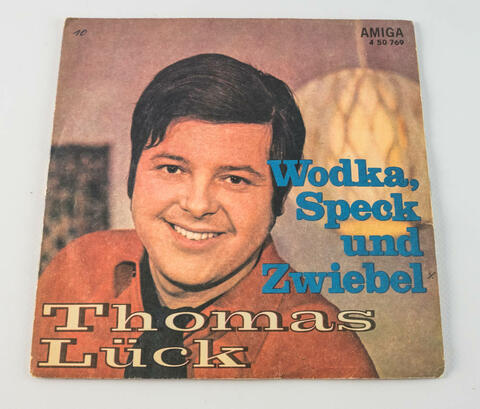 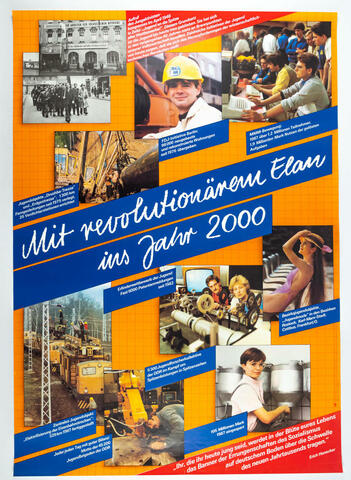 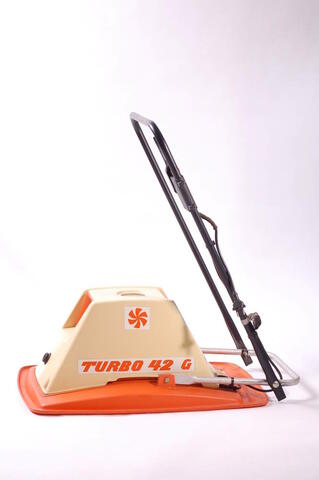