Although Vladimir Ilyich Ulyanov, better known by his fighting name Lenin, died in 1924, his Marxist theories in particular had a decisive influence on the GDR and its development. by Jörn Kleinhardt (19 Apr 2022)

According to Stalin's definition, the ideology of Marxism-Leninism was »Marx's teachings further developed by Lenin under the new conditions of the class struggle in the epoch of imperialism and the proletarian revolutions« and also became a compulsory subject for students at all universities in the GDR. The Institute for Marxism-Leninism in Berlin was created specifically to enforce this state requirement. The leadership and organisational principle of »democratic centralism« developed by Lenin was applied in the GDR under the auspices of the SED, analogous to the »Big Brother«, the Soviet Union, as in the other Eastern European countries. Numerous print articles in our object collection focus on Lenin's ideology. For example, high-quality leather-bound works by Lenin published by Dietz Verlag Berlin publishing house can be found alongside textbooks with illustrations and explanations of the work of the founder of the Soviet Union. Our collection is rounded off by textbooks on Marxism-Leninism and numerous paperbacks with individual works by the Russian revolutionary. 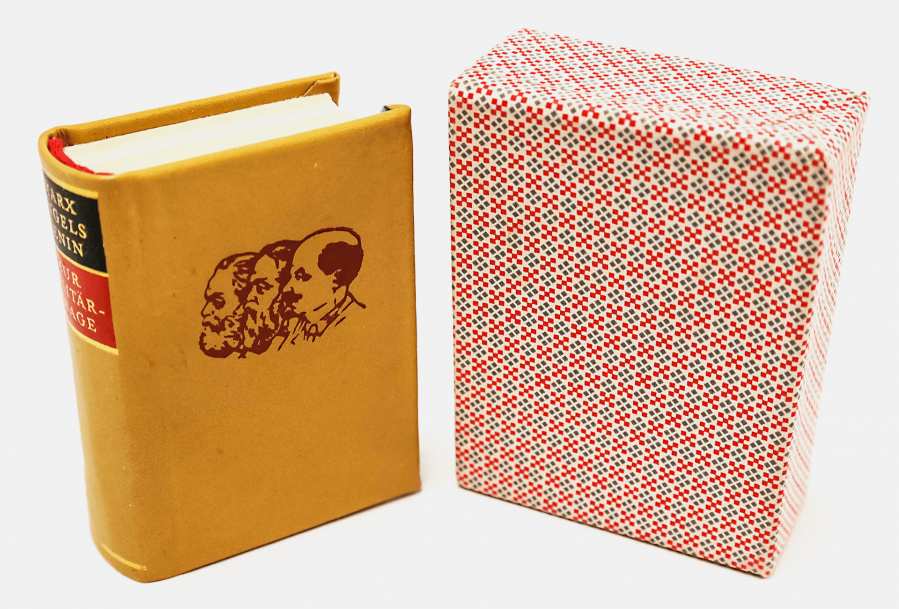 Lenin's presence in the public space of the GDR

In every major city in the GDR there was a street, square or avenue named after Lenin. Thus we also have a street sign of Leninallee in Berlin (today Landsberger Allee) in our inventory. In addition, numerous monuments to Lenin have shaped the image of many cities. Most of these monuments were dismantled after reunification. The Lenin monument by the Russian sculptor Nikolai Tomski, which used to stand on Leninplatz in Berlin (now United Nations Square), was demolished in 1991 by order of the Berlin Senate.

In addition to the representations in public space, there were also numerous devotional objects on the theme. These include various statuettes and busts, paperweights, reliefs and printed representations of the leading ideological figure Lenin. From our collection we show a statuette of Lenin by the Society for German-Soviet Friendship (DSF) and a relief of Lenin together with Karl Marx and Friedrich Engels. Further objects can be found in the column on the right and in the online object database. 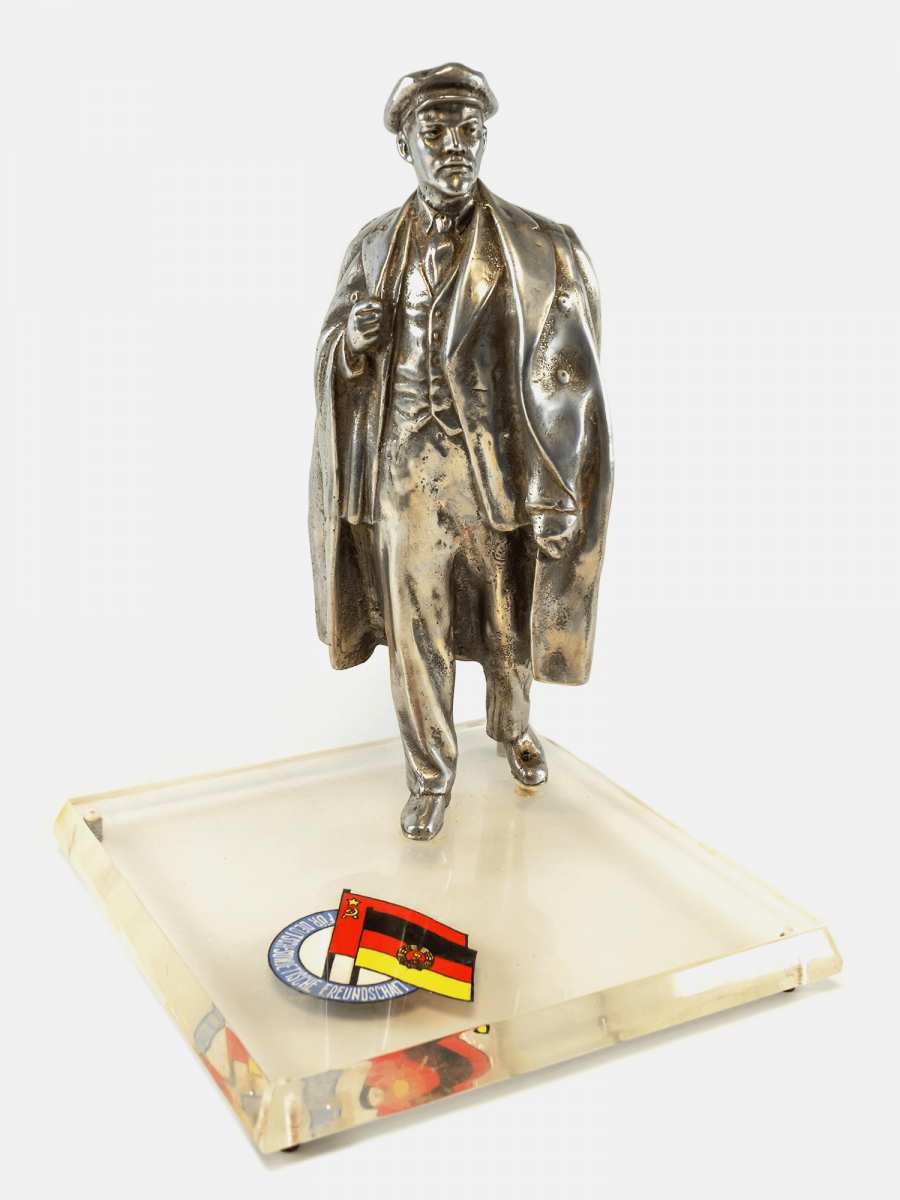 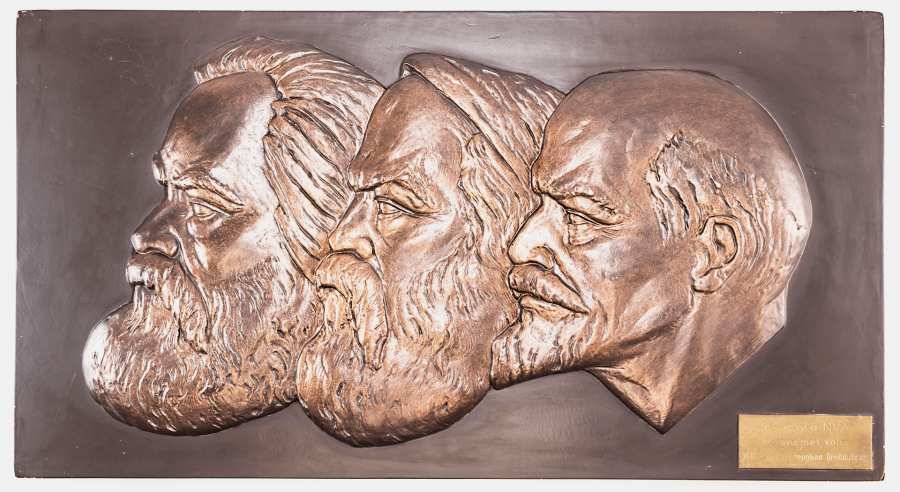 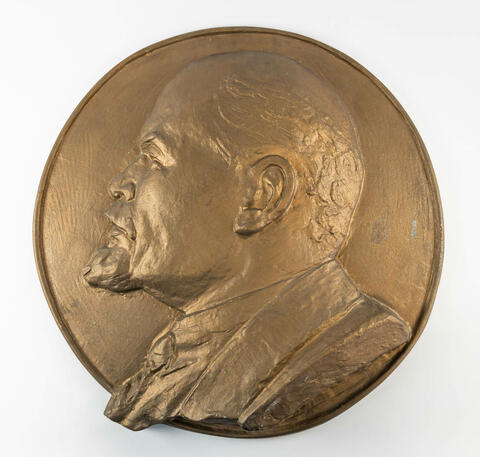 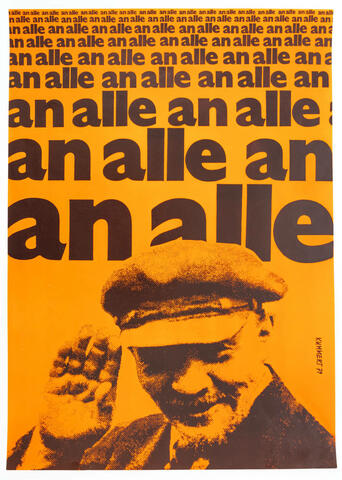 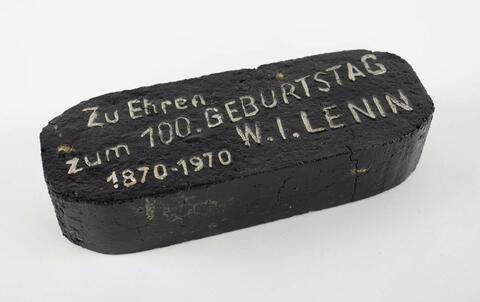 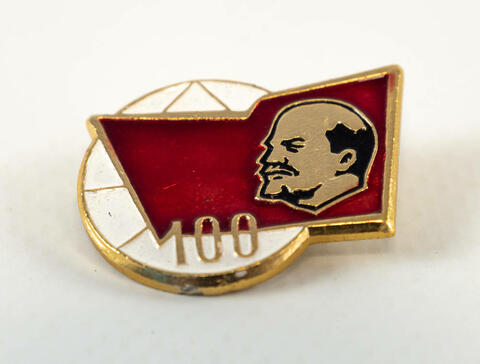 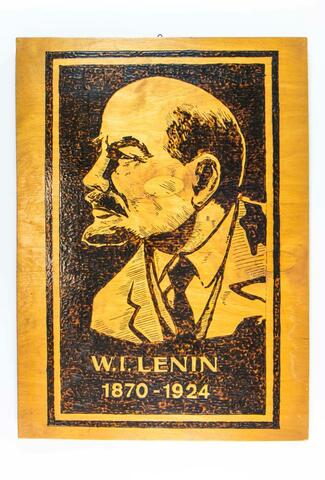 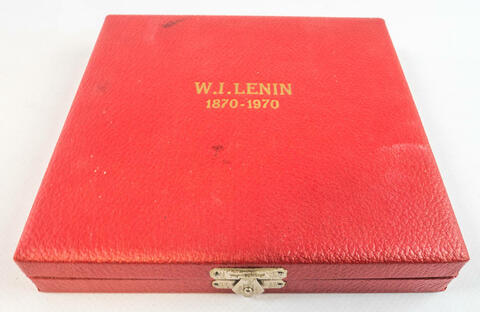 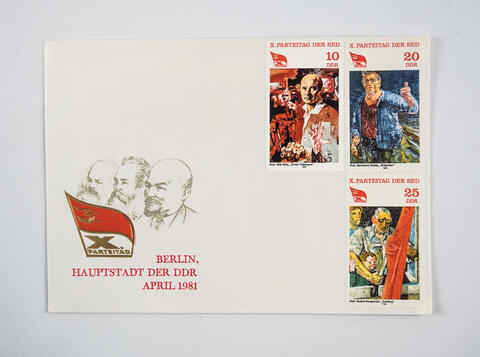 Which dishes should be on the menu of our new restaurant Domklause?