The philosopher and communist theorist Karl Marx (1818-1883) died long before the founding of the GDR, but his theses and ideas significantly influenced the socialist state as well as its ideology. This issue of the collection blog focuses on Marx's work and his impact on the GDR. by Jörn Kleinhardt (10 Mar 2022)

Karl Marx was born in Trier in 1818 as the third child into a middle-class family. His father Heinrich was a renowned lawyer, his mother Henriette the daughter of a successful entrepreneur from the Netherlands. Due to the well-off position of his parents, the young Marx was able to study at various universities in Bonn and Berlin. After successfully completing his studies, he had worked as an editor for the liberal Rheinische Zeitung newspaper from 1842. It was during this brief employment that Marx first met his later companion Friedrich Engels. In 1843, the newly married Marx moved to Paris and worked there as an editor of various works. Here he met, among others, his third cousin Heinrich Heine, a well-known German poet, author and journalist. The collaboration with Friedrich Engels also intensified during this period, as both held similar political and economic views. Due to his open and critical attitude towards the state of Prussia, he had to move to Brussels in 1845. In his adopted home of Belgium, Marx, with the help of Friedrich Engels, tried to unite the communist currents in the »League of Communists«. His »Manifesto of the Communist Party« was published in 1848 and went down in history. After the political upheavals of the French February Revolution of 1848, which heralded a new epoch throughout Europe, Marx went into exile in London via a short diversions. There he devoted himself to international agitation for communism and developed essential elements of his analysis and critique of the capitalist system. In the following period, Marx wrote his most important economic work: »Capital«. He also played a leading role in the founding of the »International Workers' Association« (in short: »First International«). With advancing age, illnesses also became more frequent, impairing Marx in his work. In March 1883, the philosopher and economist died in exile in London at the age of 64. The eulogy at his funeral was given by his long-time companion Friedrich Engels. 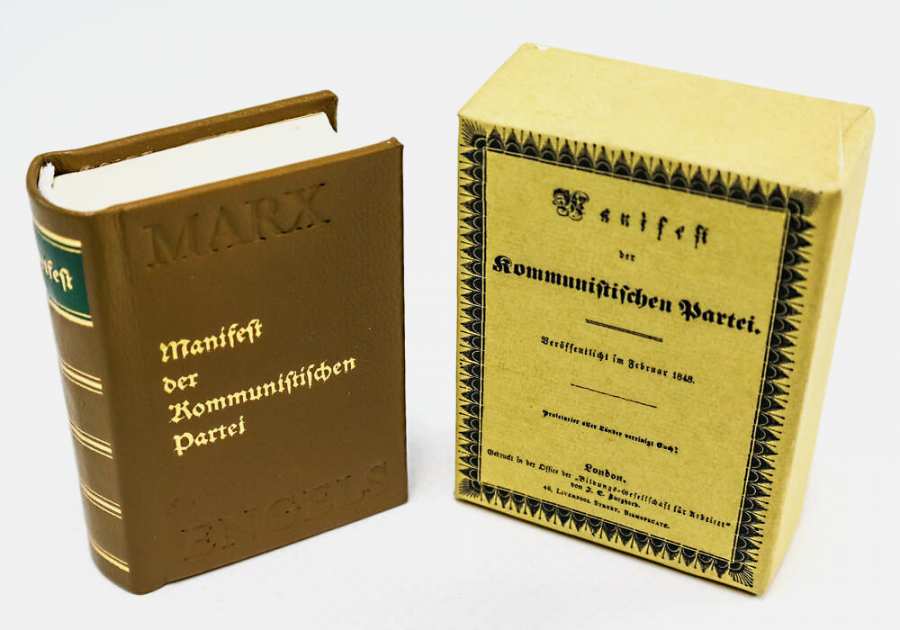 Karl Marx and the DDR

His theses, which he put forward together with Engels, were elevated to state doctrine by the Soviet Union from 1924. Marxism-Leninism was also considered the worldview of the working class in the DDR and fitted perfectly into the ideological worldview of the workers' and peasants' state. In order to do justice to his stylisation as a leading political and ideological figure, there was a veritable cult of personality around Karl Marx.

For example, the Saxon city of Chemnitz and its district were renamed Karl-Marx-Stadt between 1953 and 1990. In addition, there were and still are Karl Marx streets or squares in almost every major city in eastern Germany. Monuments were erected in honour of Marx in many places, the most famous being the popularly known »Nischl«, which stands in the centre of the city of Chemnitz. The University of Leipzig bore the name »Karl Marx University Leipzig« from 1953 to 1991. Numerous businesses, schools and public institutions were also given the honorary name »Karl Marx«. Marx's portrait adorned various postage stamps or the 100-mark note in the DDR, and the 100th anniversary of his death was celebrated as the »Karl Marx Year«. His theories were taught as »Marxism-Leninism« as a compulsory subject at all universities and colleges in the DDR. The highest award in the DDR was the »Karl Marx Order«, which was awarded to individuals, collectives or state institutions for outstanding achievements. 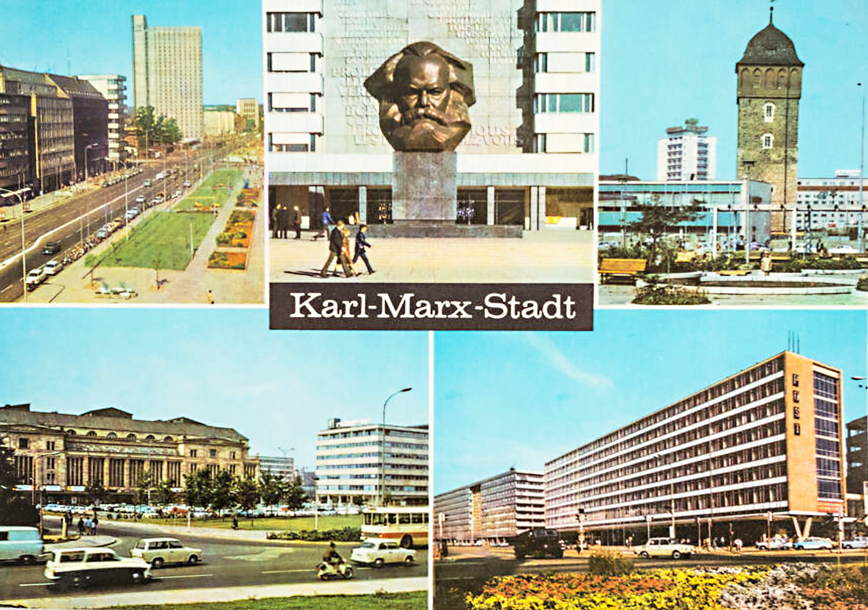 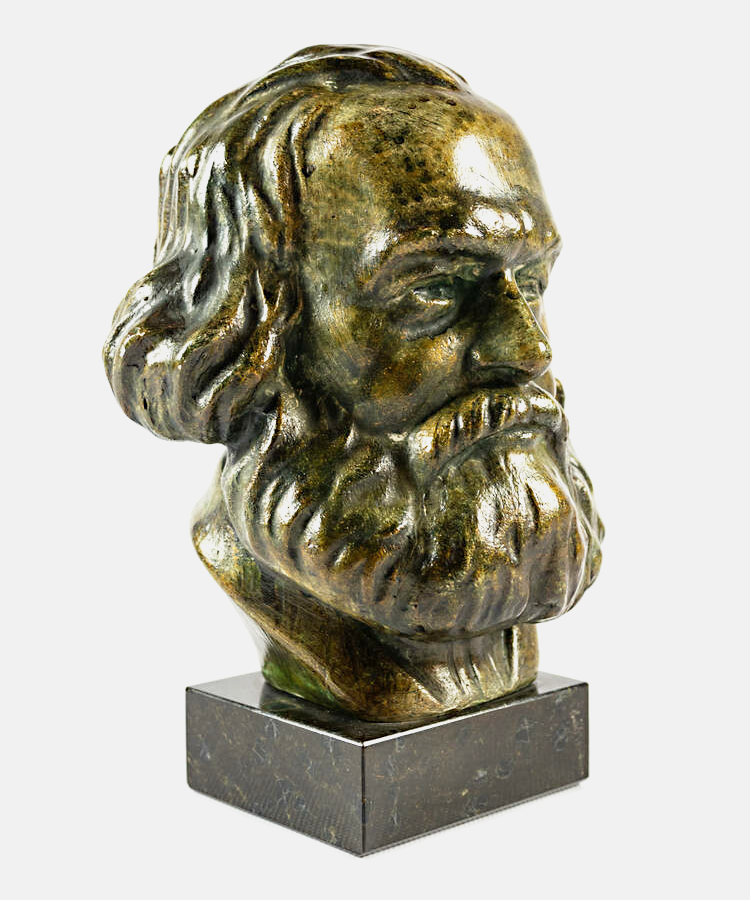 »Capital« by Karl Marx in the collection of the DDR Museum

The main work of Karl Marx, »Capital«, can also be found in the collection of the DDR Museum. The first volume was originally published in 1867 and contains a detailed analysis and critique of capitalist society. The other two volumes of the work were completed by Friedrich Engels after Marx's death, based on his manuscripts. The first volume as well as the »Manifesto of the Communist Party«, jointly written by Engels and Marx, were declared World Documentary Heritage by UNESCO in 2013. In the DDR, »Capital« was published in three volumes by Dietz-Verlag Berlin. We have various leather-bound editions in our stock. The photo shows the edition from 1983. According to the publisher, more than one million copies of »Capital« had been sold in Germany since 1946. The work has also been translated into dozens of languages and is one of the classics of world literature. 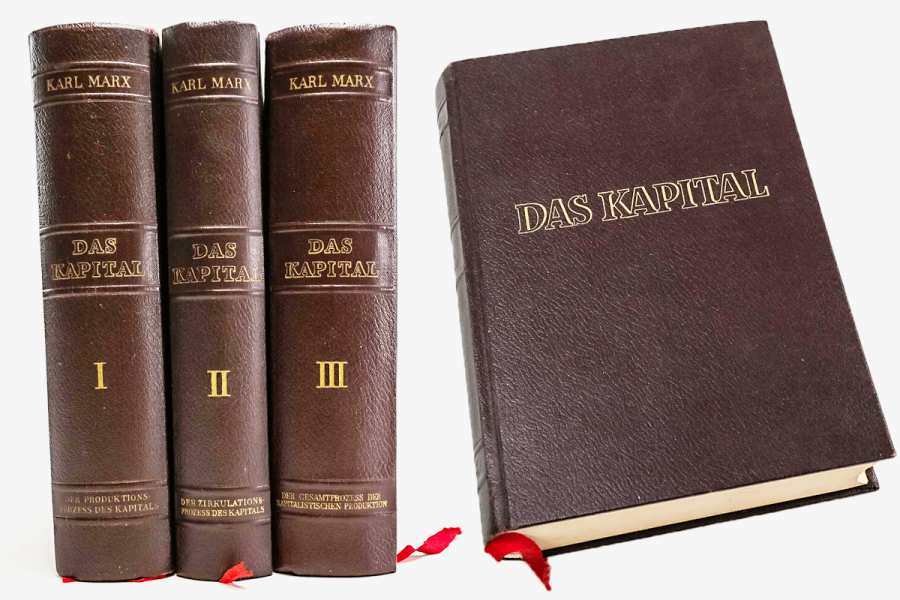 We show further copies of the work »Das Kapital« from the collection of the DDR Museum in our online database. The database is accessible free of charge. Have fun browsing and discovering. 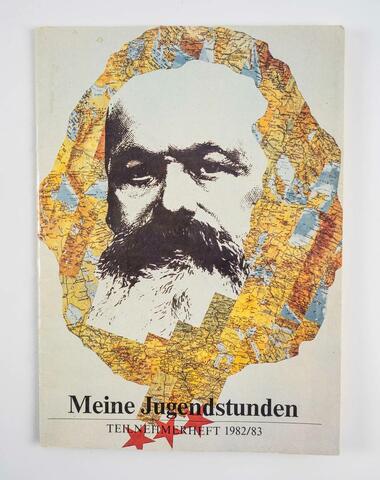 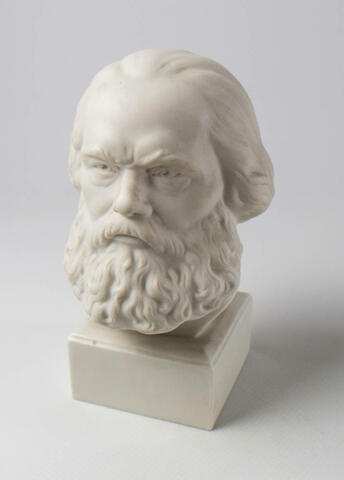 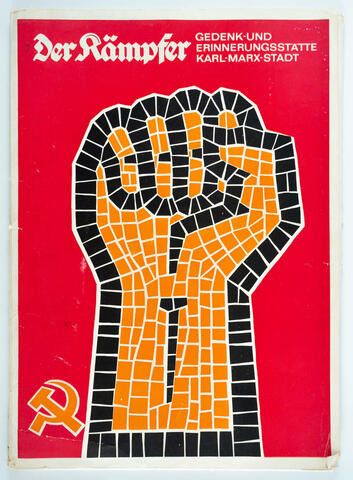 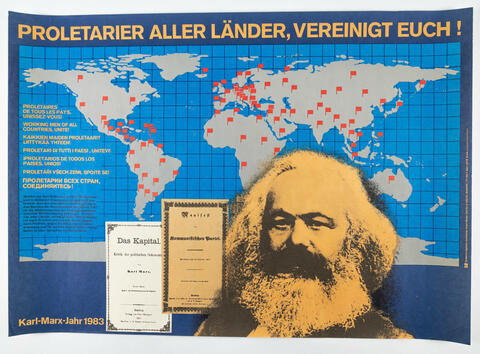 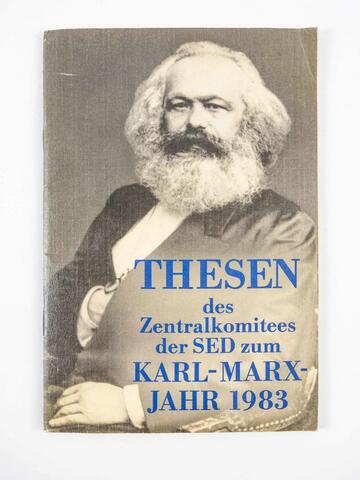 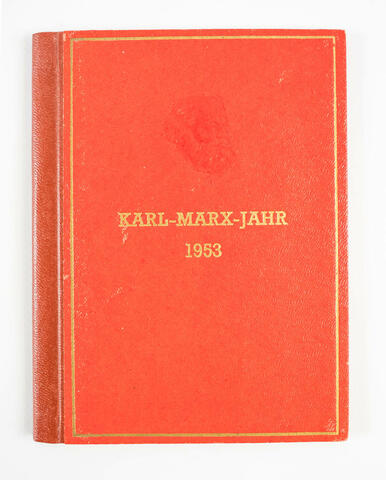 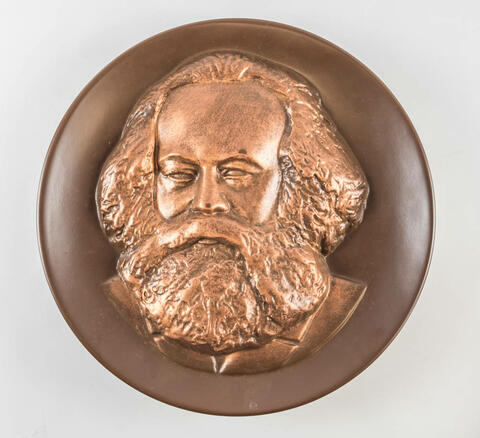 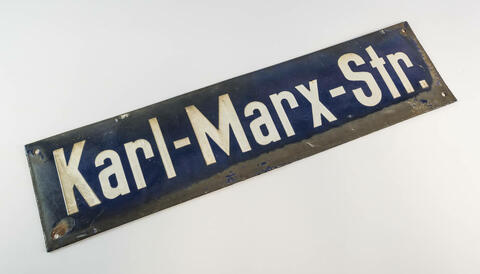 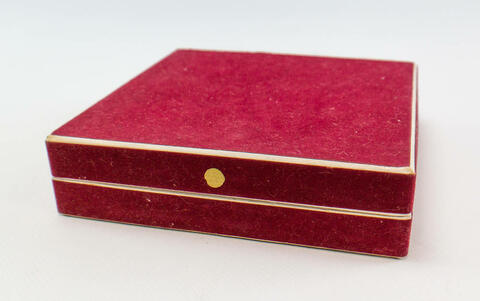 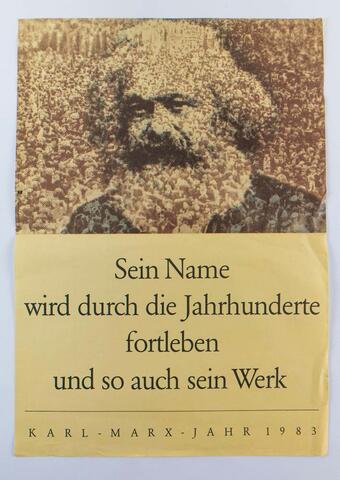