A real interesting and also profound book I found this week in our library and I don’t want to deprive you of. It’s not a book, which would entertain you in a funny way, but it is a book, which will impress you.
by Admin (3 Jul 2014)

A real interesting and also profound book I found this week in our library and I don’t want to deprive you of. It’s not a book, which would entertain you in a funny way, but it is a book, which will impress you.

The child psychologist Thomas Davey creates a portrait of the young generation which didn’t know the city Berlin without a Wall; a generation which crew up with the division of East and West Germany and the ideological differences between the both states. He spoke with children on both sides of the Wall, participated in their lives, collected their drawings and talked to teachers and families.

The children he talked to were between 10 and 12 years old and lived in East or West Berlin. He asked them what they know about the state behind the Wall and what they think about their own state. The answers and citations which you can find in his book are really impressing. Here I only want to give an example for one child from the East and from one of the West.

“Over there is not as good as here. There they live bad, with never enough to eat or drink. They’re always staring at us when we come to visit. We have a BMW, and they have their Trabis [Trabant, the most popular and affordable of East German cars] …. Since they built the Wall, we have all the good things here – food and other things – and they don’t.” Eleven-year-old boy from West-Berlin (page 57)

“We learn in school that the Wall was built to protect us from capitalists who want to invade our socialist land. I used to believe that completely. When I was in the third grade, we visited a monument to a border guard who was killed by someone from the West. He was supposed to be like a hero for us, and I remember I thought he was. A lot of the kids did. But after a while I thought differently. Have you ever seen the Wall? If it was meant to keep them out, the land mines, soldiers, and self-shooting machines would be on the other  side. Now, whenever I hear on the west television that someone has escaped, I cheer for them.” Twelve-year-old Gritt from East-Berlin (page 85f.)

These two citations couldn’t be much more different. On the one hand the boy, who describes the GDR as he sees it and of course as his parents makes him believing the GDR-life is and on the other hand, the girl Gritt, who noticed much more than the boy. She asks questions, she is really critical and doesn’t believe everything she was told. This is explainable by the way her mother speaks with her about the situation in the GDR, too.

It is a book you should take time for, because it is not light fare and above all the psychological sections aren’t written so easily. I would recommend it for all who are really interested in GDR history and want to see the whole thing once from a totally different perspective. 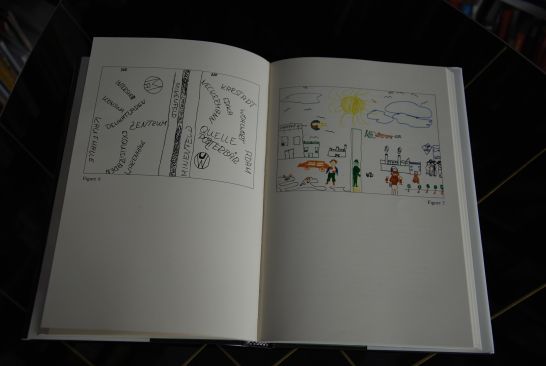 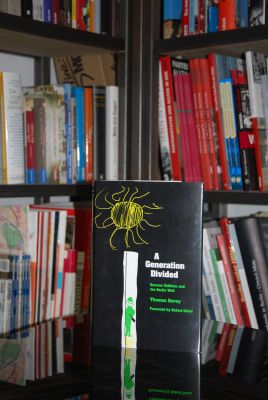