A new coffee-table book, OST COLA, has been added to our library. It shows pictures of the Brandenburg an der Havel before the reunification. The photos has been taken by Mathias Knoppe, Hans Hoffmann and Alexander Pollock.
by Admin (19 Feb 2015)

A new coffee-table book, OST COLA, has been added to our library. It shows pictures of the Brandenburg an der Havel before the reunification. The photos has been taken by Mathias Knoppe, Hans Hoffmann and Alexander Pollock.
”All of them, born in Brandenburg, would have not image that shooting pictures would have mean not only memories for a photoalbum, but also historical memories of that time” ( cf. Preface of Sven Tiller)

OST COLA is a project whose logical consequence was the publication of a coffee-table book. It started in 1998 with the discovery of the photographer Mathias Knoppe, in Hamburg. In autumn 2010 he decided to open a rolling suitcase, stored in his attic and locked for ten years, the key was lost. He found more than 10.000 negatives! They have been taken during his photography lessons, between 1983 and 1989 in Brandenburg an der Havel.

Knoppe started to scann and name the negatives in order to be able to share them, opening the facebook page “OST COLA” (East Coke). The Facebook page reached in a short period more than 1000 follower, consequently arrived the decision to open an exhbition and to publish the book.

The pictures show both the life of workers in Brandenburg/Havel in the eighties and a typical industrial city of the east. Being a photgraphy student of that time, Mathias Knoppe, always carried a camera to exercise himself and to capture, rather unconciouslly or with that undisguised look, his life, the surrondings and the people for future generations.

All his atmospheric black and white photos show the town itself and the life of people: “young people with crazy hairstyle und funny clothes, that no one would still wear, Poster on walls, on which Nena was still quite young, and Trabbis on cobbles. If someone look further, he notices that it is not a pure anachronism". (cf. http://www.ost-cola.de/)

To get an idea, we warmly recommend you Mathias Knoppes illustrated book in our library. It has directly been published and sold by Knoppe in 2013 – therefore it is difficult to find an exemplare in a “ordinary” bookstore. But  you still can purchase a few copies on Amazon from the author himself. 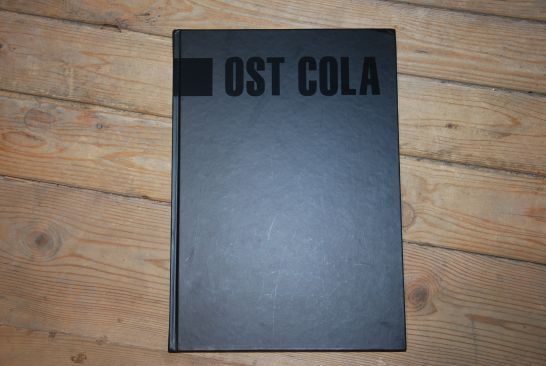 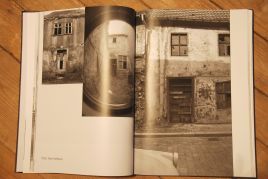 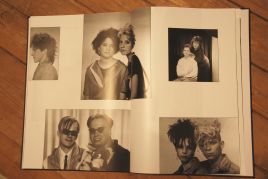