The heavy block of the Russian embassy with its large iron gate stands strangely alien among the functional office buildings of the sixties. Yet the building, which opened in 1952, is by no means a foreign body in the German capital.
by Dr. Stefan Wolle (27 Sep 2017)

There had been a Russian envoy in Berlin since 1706. The late Baroque Kurland Palace, only 300 metres from the Brandenburg Gate, was leased to the Russian state in 1831 and bought together with the inventory in 1837. Even the window panes and roof irons were delivered from St. Petersburg. In addition, 146 carts brought Russian earth, which was symbolically heaped on the building site of the Russian Orthodox church being constructed there.

Representation of the Big Brother

Until the destruction of Berlin in the Second World War, the building remained part of the Prussian boulevard »Unter den Linden«, surrounded by embassies of other states and Prussian-German government buildings. After the liberation of Berlin by the Red Army, the burnt-out building initially played no role, as the central occupation authorities resided in the building of today's German-Russian Museum in Berlin-Karlshorst. Since 1947, they had been planning a »House of the Soviet Union«, probably thinking of a diplomatic representation for a reunited Germany. After all, the German Democratic Republic, founded a week earlier, was diplomatically recognised on 15 October 1949. But the Soviet ambassador was far more than an ordinary diplomat. The landlord of the magnificent building at Unter den Linden 63-65 was an important part of the DDR's internal power structure. 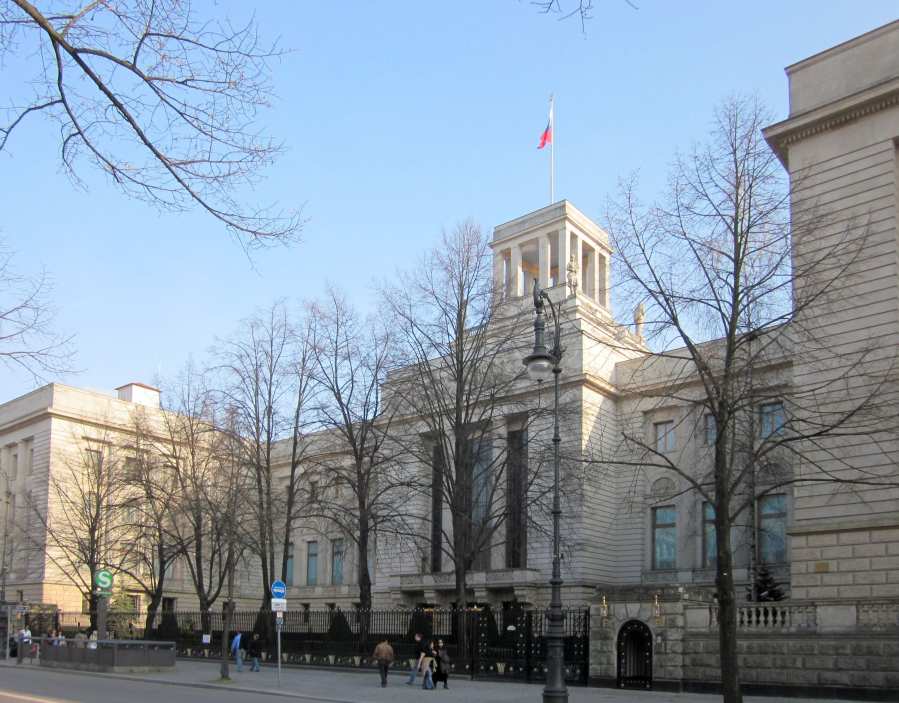 This prominent position was also reflected in the architecture and interior of the embassy building. On festive occasions, guests enter the vestibule with lots of mirrored glass and silver pilasters through golden gates lined with candelabras, walk up the carpeted stairs and enter the large banqueting hall. The main decoration of the room is a stained-glass window from 1950 that runs the entire height of the wall and depicts Moscow's Spassky Tower, the main entrance to the Kremlin, under a colourful rainbow. Every hour, the chimes of the Kremlin tower ring out, at the same time as the chimes in Moscow. The other rooms also revel in marble and stucco. Gilded columns and bronze sconces flash and gleam, the large windows are covered with heavy, artistically gathered fabrics. Everything radiates wealth, power and dignity. The workers' and peasants' state presented itself like an absolutist monarchy of the 18th century.

The building and the interior design, which have changed little since the opening in 1952, symbolise consciously or deliberately Russia's great power policy, which had entered into a symbiotic relationship with the communist ideology of the redemption of mankind since 1917. Only the marble bust of Lenin, placed among the flowerbeds and silver firs in 1977, disappeared after the dissolution of the Soviet Union. Instead, the white-blue-red tsarist banner once again flies on the high tower. 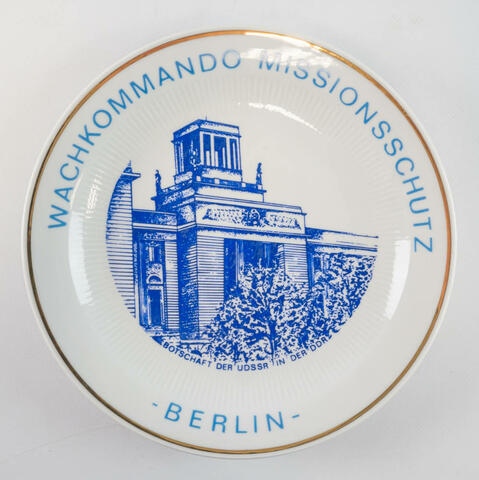 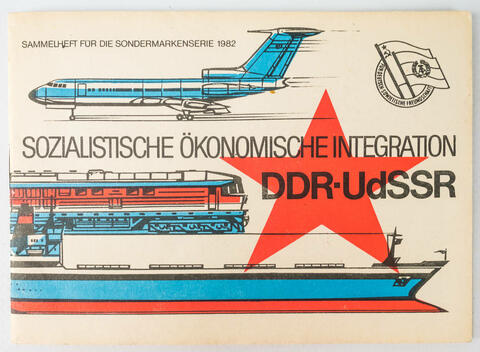 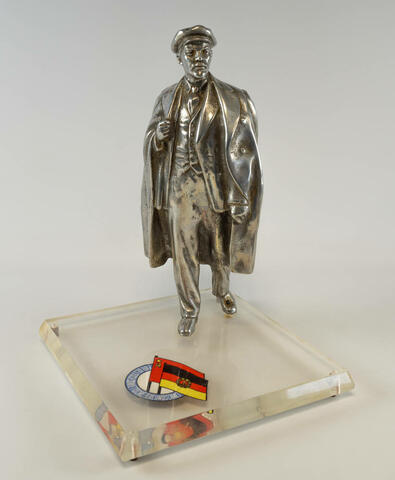 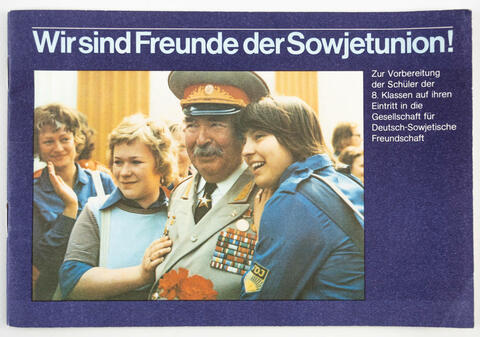 Many other objects on the Soviet Union can be found in the online database.