Nowadays, the moped »Schwalbe« is iconic. This article explores its history and survival through German reunification in more detail. (15 Jun 2017)

Nowadays, the moped »Schwalbe« is iconic. Both nostalgic citizens of the former East Germany and hipsters cherish and care for this vestige of DDR times. According to estimates, around 150.000 Schwalbe were officially registered to ride on German roads in 2015. Only a few have stood the test of time, many of which are now painted over and furnished or decorated with various spare parts. Finding spare parts is not difficult. Indeed, a lot of people are selling such items for reasonable prices, since a big number of them are still being stored in the attics and basements of their owners.

The Schwalbe was first manufactured in 1964 in the Simson factory in Suhl. There were 3 production series in total. The first series was called KR 51 (KR stands for »Kleinroller«, meaning small scooter) following the KR 50 which had yet to be designed as a two seater. The KR 51 made its first appearance in 1964, with a maximum speed of 60 km/h and stopped being produced in 1968. Its engineers received harsh criticism concerning the moped’s design: the press made it clear that the style of the vehicle could in no way be described as good looking. However, the motor soon became the main concern. Its 60 km/h speed limit made it inconvenient. The Schwalbe had a tendency towards overturning and was very cumbersome when ridden at a slow speed.

The second series KR 51/1 of 1968 was supposed to correct these flaws. Indeed, performance levels did improve marginally and the motor became a lot quieter, thanks to a few modifications. Within the series, different special editions were created which offered greater comfort or a semi-automatic centrifugal clutch for example. These were produced until 1980. The second series was then replaced by the series KR 51/2, which was produced until 1986. After which came the »Bird Series«. What differentiated it from all its other predecessors was the newly constructed, airstream cooled 3,7-PS-Motor M541. The latter reduced vibrations during driving, was more economical and was available with three to four gears. This series also included three special editions.

An »AM« driving license is enough in order to drive a Schwalbe, even though its maximum speed is over 45 km/h. Because of the unification treaty’s regulations, it is allowed to drive and get insurance on single- or multi-track vehicles from the DDR having an engine size of up to 50 cm³ with this type of driving license, despite a maximum speed of 60 km/h (as was permitted in the DDR). Thanks to this classification, the Schwalbe is neither required to undergo general inspection very often, nor do its owners have to pay a moped motor vehicle tax in Germany. 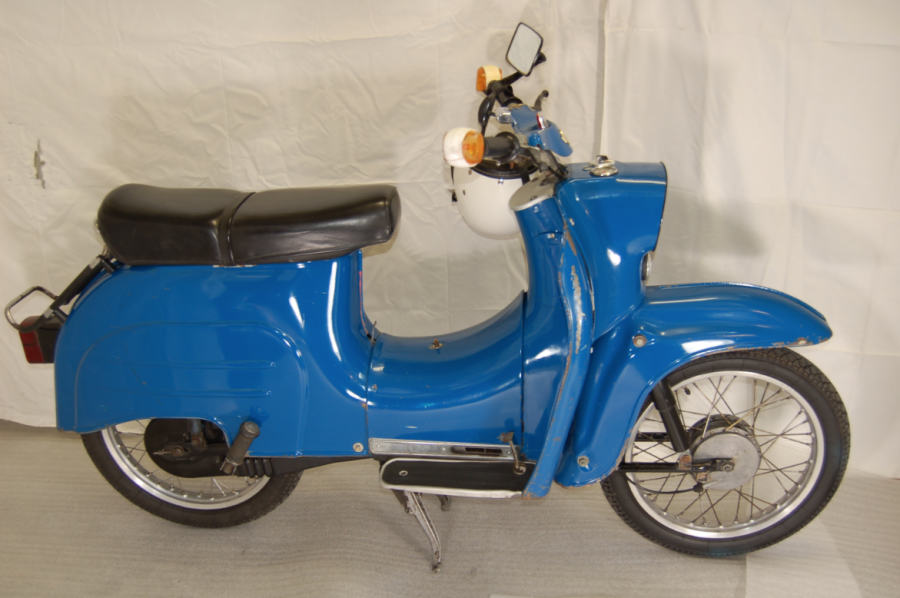 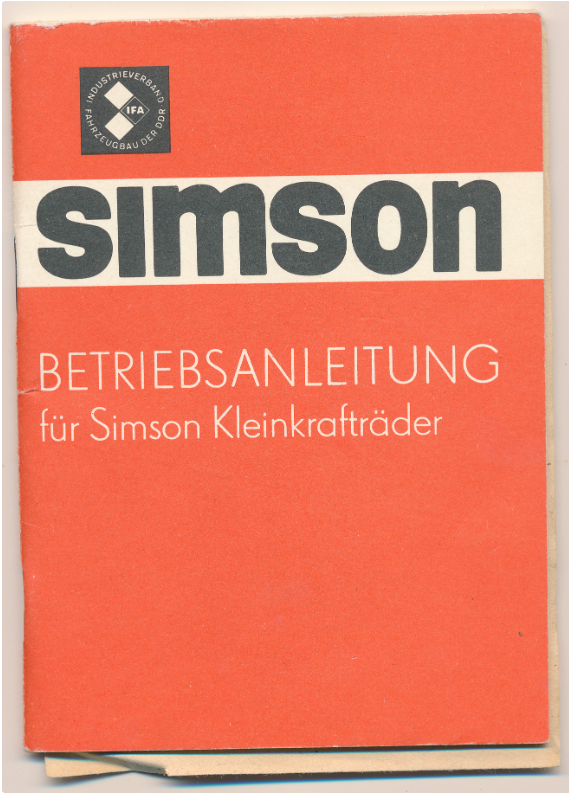 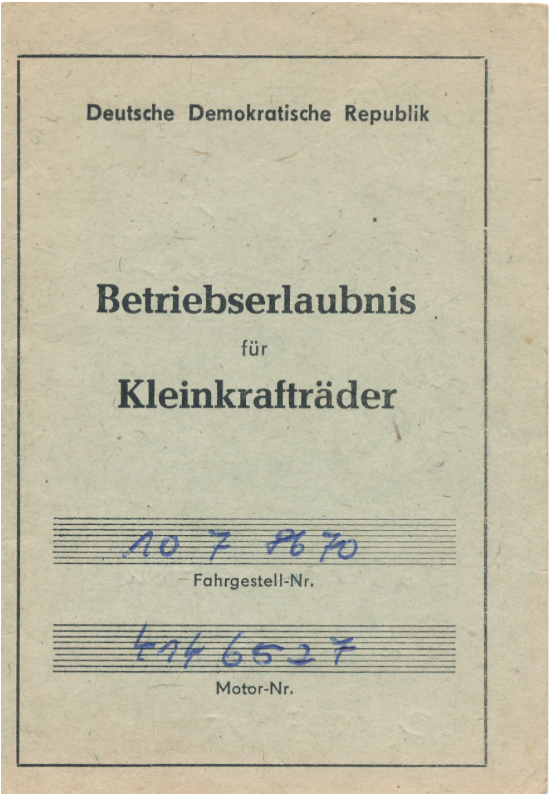 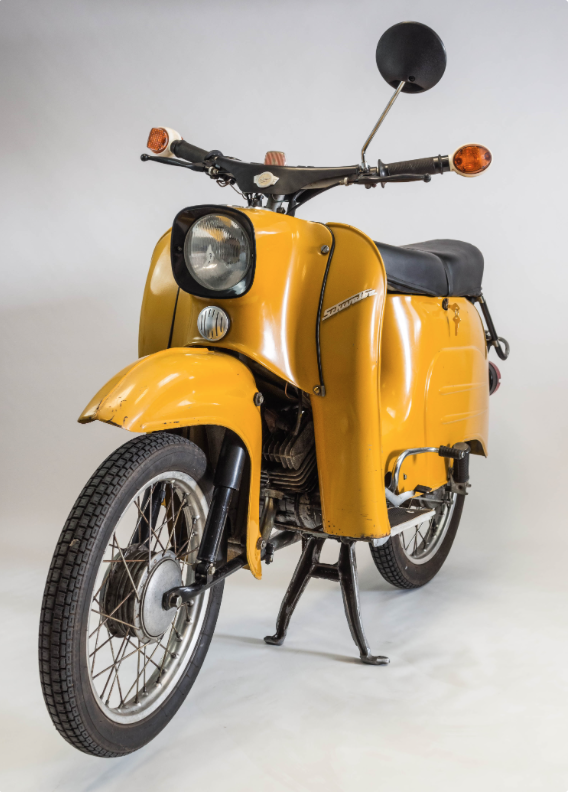