Social tourism: this expression was chosen as the »Unwort des Jahres« (un-word of the year) in Germany in 2013. The book »Ferienzeit mit Spiel, Sport und Abenteuer. Kinder- und Jugendsozialtourismus« is not, however, about social migration. In this case, the expression social tourism holds a very different meaning and can be defined as »the effort to offer lower-income groups the possibility to go on long-distance travels«. Thomas Schaufuß, a contemporary witness of the DDR, took an interest in the subject and attempted to retrace the evolution of social tourism for young people in Germany from 1878 onwards. Even though he does not claim his book to be strictly academic (p.8), the author presents the different forms and uses that holiday camps had in Germany throughout history, based on a wide selection of original documents.

Thomas Schaufuß begins his analysis at the end of the 19th century and takes the readers through the Weimar Republic, the Third Reich and the DDR all the past German reunification. This historical overview constitutes an essential part of the book: Not only were holiday camps in the DDR the product of the reigning political and economic conditions of the time, they were also shaped by all of their predecessors. Nevertheless, social tourism in the DDR remains the main focus of the book, in particular pioneer and company-funded holiday camps. The author illustrates this theme by taking the child- and pioneer holiday camp of the »Hermann Matern« EKO Combine in Eisenhüttenstadt (originally Stalinstadt until 1961) as a case study. Firstly, it helps one to gain insight into the finances and expenses of holiday camps in the DDR. Secondly, this case study shows the importance of holiday camps in creating the model socialist city. Lastly, it sheds light on the limitations of companies’ social policies, using the lack of hygiene and living space as examples. The balanced used of general information and case studies allows the readers to explore the many different aspects of social tourism.

The strength of this book does not solely lie in its explanations, but also in the complementary documents that the author carefully selected. Indeed, the numerous photos, post cards and paintings help the readers to paint a better and more animated picture of holiday camps but also to differentiate time frames. With every political regime came different architectural trends. Thanks to illustrations, associations between political eras and their corresponding aesthetics are thus created. Furthermore, the readers also benefit from other documents like a timeline or a collection of documents, which they can use to gain a deeper understanding of the subject.

Thomas Schaufuß also explores the wider implications of holiday camps by comparing the different forms they took as well as their corresponding political frameworks. He draws a connection between holiday camps and people’s relationship to the state. The analysis of holiday camps says a lot about how different generations viewed the ongoing political situation during the DDR: from the 70s onwards, the »social rituals« carried out in camps were taken less and less seriously as the years went on and more and more Western music was played (p.125).

Thanks to the comparisons established in the book, one learns that all holidays camps are, at least partially, politically motivated, independently from the time frame they are set in. Some pioneer camps were particularly ideologically oriented, as they were meant to educate the »future elite« (p.81). The instrumentalisation of holidays camps was, however, no invention of the DDR, as can be seen in the chapter on national-socialist youth organisations in the Third Reich. Even though all holiday camps are influenced by the environment they are created in, they all seem to follow similar guidelines and structures. Most of them spread values such as communal life, contact with nature and independence. I noticed and experienced very similar guidelines myself during a Franco-German holiday camp near the Bodensee when I was 16.

This book reminds us that holiday camps had and still have a big influence on future generations. Young participants are shaped by their experiences there on the long term, thereby carrying with them the values of the existing society, for better or for worse. As Thomas Schaufuß rightly says in the preface of his book: »Children are the future of Germany as well as Europe« (p.9). 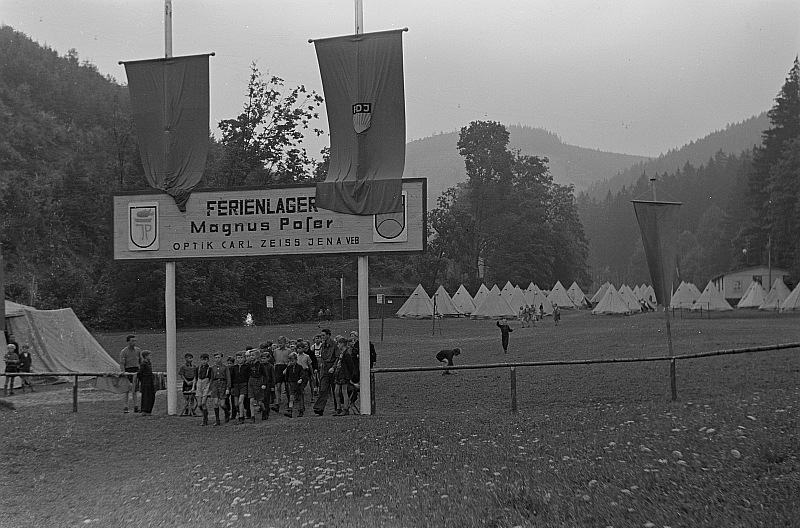 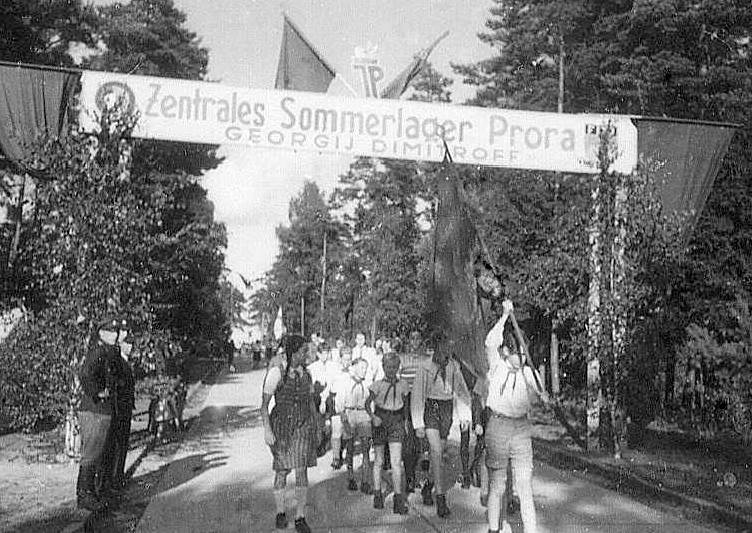 “Beyond the Wall. Art and Artifacts from the GDR”