A few weeks ago I had read the book „Die Normalität des Absurden“ from Heinz Schneider with great interest. I was pleasantly surprised to get the opportunity to interview him in person. Heinz Schneider and his wife Thea Schneider kindly offered to welcome me in their lovely flat in Mahlow! Here is the transcript of our conversation for you to read. by Melanie Alperstaedt (18 May 2017)

Julia van Duijvenvoorde (DDR Museum): What surprised me from the beginning was the amount of detail you put in the different stories you tell in your autobiography. Was this book a life long project of yours?

Heinz Schneider: No! I only decided to publish my life story in 2007. That was after my good friend and colleague Kay Blumenthal-Barby from Göttigen, who unfortunately has since passed away, told me: „Write everything down!“. I was not and still am no novelist, but rather a head doctor in the department for diabetes from 1967 to 1998. I then became retired and a few years later finally decided to take the time to put all my anecdotes and memories into words and order them chronologically. The reason behind the accuracy of my stories is the “Gedächtnis-Protokoll” that I started conducting in 1957. Every time that something unfair or unjustified happened to me, I wrote it down in detail and later used these “secret entries” nearly word for word in my book. I therefore did not need to recall every single event, as I already had them all recorded.

Heinz Schneider: Indeed! After my “probation in the production” as an agricultural worker, I became relatively apolitical in the DDR. However, I could never accept the injustices that took place during the SED regime. The words of an individual were automatically dismissed, if he or she was not a party member and if an order came from above, one was not allowed to say “no”. I was not the bravest of people but even so I managed to write all the things that I could not speak of at the time. My book does not only focus on these secret entries, but also integrates many happy anecdotes from my every day life in the DDR. I wrote this book for the average citizen in order to show that the DDR was not all bad but also not 100% good. Through this extensive description I wanted to paint a realistic picture of the former East Germany. No less, no more. The number of eyewitnesses will become smaller and smaller as time goes by.

Julia van Duijvenvoorde (DDR Museum): In your book you state that you never felt like a “DDR citizen”. Do you still miss some aspects of every day life in the DDR despite this emotional distance?

Heinz Schneider: Even though we are much better off now living in the Federal Republic, I do miss some of the positive sides of the DDR. There were no homeless people or beggars on the street, as everyone was given work. Gender equality was also given a higher priority in comparison to West Germany at the time. Women were nearly all employed thanks to a better and more comprehensive childcare system. In addition to that, women benefitted from one paid “household day” every month, received equal pay and was granted old age pension from the age of 60. However, I can only recall two ministers who were women. Here too were higher positions reserved for men nearly exclusively. What I miss the most is the strong sense of community that we enjoyed at the time. The social cohesion and eagerness to help others was much greater back then.

Julia van Duijvenvoorde (DDR Museum): Was this strong community related to the socialist policies that were put in place under the DDR?

Heinz Schneider: No! It was a result of chronic food and supply shortages and had nothing to do with the ideology that the DDR tried to promote. As many products were often unavailable, one had to make do with the offer of the day and help each other out.

Thea Schneider: There was always a long queue in front of shops. Whenever I had the opportunity to get hold of bottom shelf goods, I would also buy them for my neighbours, like these porcelain coffee cups with gold rings I had bought for the nurses of the diabetes department.

Heinz Schneider: One should not forget that the SED regime also brought about many negative social changes. You always had to look around before you could tell a joke! After I discovered that I was being spied on by one of my colleagues, I decided to isolate myself, as self-preservation, from possibly good-natured people in order to protect my family as well as myself. Furthermore, people would be treated as mere objects if they had shown signs of opposition to the party. Despite these disadvantages I decided to remain in the DDR. Many doctors fled to West Germany before the wall was built. It was therefore my duty to stay here, where there were considerably less doctors and my presence would be more needed than in the Federal Republic.

Julia van Duijvenvoorde (DDR Museum): Social equality was the focus of the socialist state, but was it reflected in the access to healthcare?

Heinz Schneider: Patients were all treated for free and in my opinion, the healthcare system was no worse than today’s. This equality had its limits though: important party members, ministers and their entourage were treated in separate governmental hospitals where they profited from optimal medical equipment and better care, due to the higher number of doctors. Members of the Polit-office like Willi Stoph had a personal doctor at their disposition. Having said that, the number of privileged was relatively low.

Julia van Duijvenvoorde (DDR Museum): You were the head of the diabetes department in the hospital of Prenzlau between 1967 and 1998. Did the DDR’s political and economic situation ever hinder your work or research?

Heinz Schneider: Because of the planned economy and lack of investment, medical infrastructure was mostly out of date in the DDR. More hospitals should have been built. We did not have the modern medical technology of the West and thus had to import Insulin for certain patients, whose skin would tolerate it better. Even though a lot of help came in from other socialist states such as Poland, Bulgaria or Czechoslovakia, international cooperation was somewhat limited in particular in the 80s. At the start I could still exchange letters with colleagues from West Germany, but all contact was cut towards the end of the regime. I had the opportunity to conduct long-term diabetes studies in then DDR, as the latter had a centralised healthcare system. I could not conduct such a study under the present circumstances.

Julia van Duijvenvoorde (DDR Museum): Did the reunification bring about changes in the medical department?

Heinz Schneider: The western healthcare system took over the former DDR one, however not everyone found the new profit-oriented system entirely good. Consequences of the privatisation of healthcare included on the one hand better medical equipment and newly renovated rooms for example. On the other hand, patients started getting treated like customers and a class-defined system emerged where privately insured patients would be treated better. The majority of the DDR healthcare system’s positive elements were given up, such as the improved tuberculosis treatment, the higher vaccination coverage rate and the quicker access to a specialist doctor. Patients were from then on treated by general practitioners more often than by specialists. However, positive elements were integrated in the diabetes department in the form of specialised medical practice.

Julia van Duijvenvoorde (DDR Museum): How did you experience the reunification on a personal level, regardless of the changes that were taking place in your professional environment?

Heinz Schneider: The construction of the Wall was a tragedy for me, because it separated me from the rest of my family who lived in Oberbayern. The fall of the Wall and the quick reunification process that followed were therefore a source of enormous happiness for my friends and I. Indeed, there had never been a bloodless revolution in Germany up until then. A few nurses from my department drove to West Berlin during the night of the 9. November 1989 and received a warm welcome from the local inhabitants. They even brought back presents from the West for us! The next day, they all appeared for work on time.

Everyday I feel grateful to be living in today’s democratic Federal Republic, where we do not have to suffer the many negative consequences of the partially brutal dictatorship of the SED anymore, that lasted for more than 40 years. 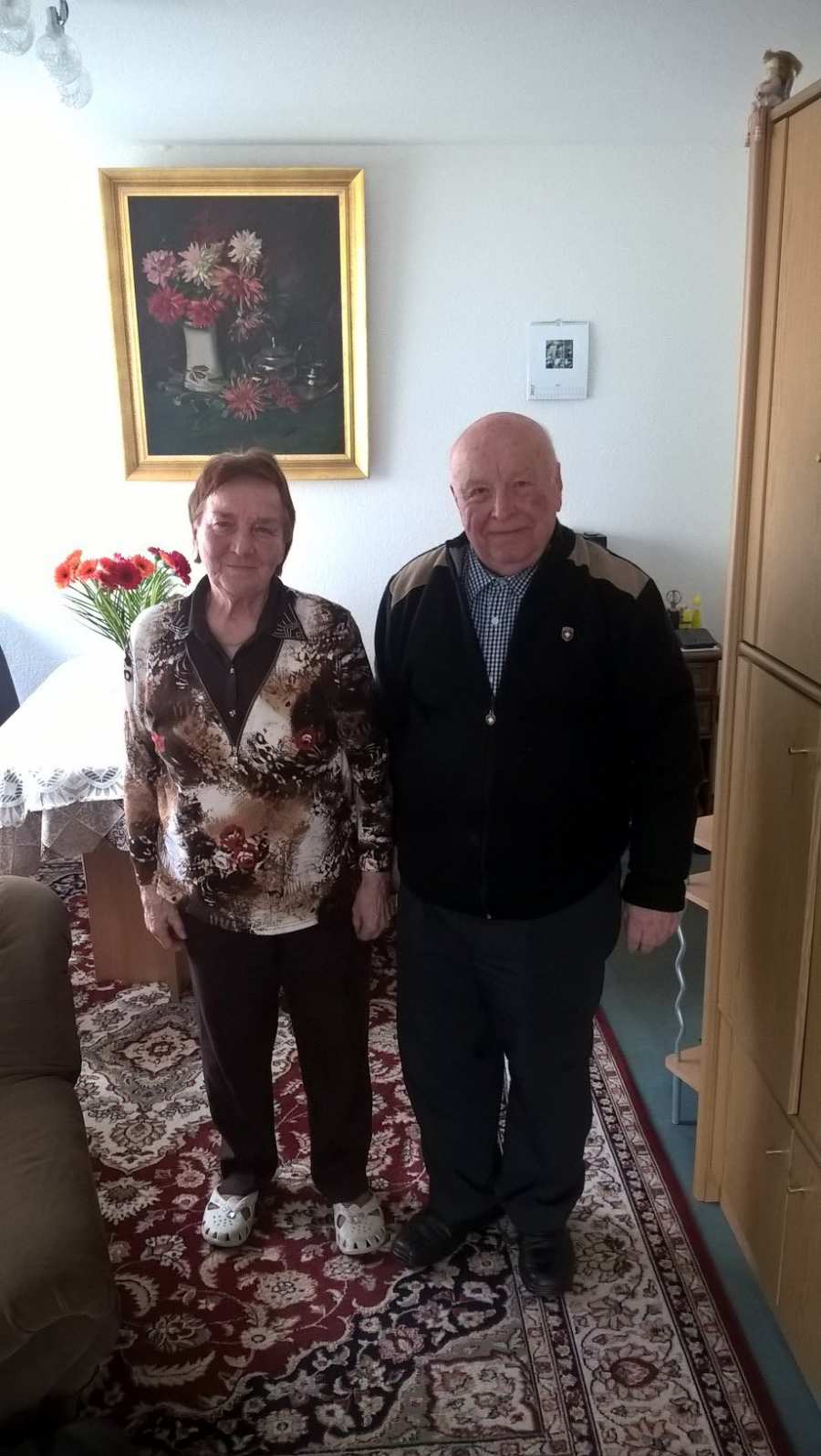