In GDR times, almost every household had a common sewing machine, because varied and fashionable clothes were not simply available off the peg in the GDR. Fashion magazines such as Sibylle or PRAMO (PRAktische MOde) printed patterns in their coveted issues that the modern GDR woman skillfully sewed - provided she got the fabrics she wanted. In haberdashery shops and the fabric department in department stores, you could get fabrics and accessories in large quantities, but the choice was very limited. Occasionally, you would have to make do with the misappropriation of bed linen or the like. Doll clothes were also only available in limited designs and quantities. Patterns for doll clothes were provided by the »Verlag für die Frau DDR Leipzig«.

The children's sewing machine »elektra« from VEB Piko impressed many with its simple operation instructions and ability to entertain for hours - all for just 45 marks. The packaging of the popular children's sewing machine came with a series of patterns for doll clothes from Verlag für die Frau. Specified for the dolls Ramona and Anke were the following garments: trouser suit, pleated skirt, dress, coat, trousers, blouse and bolero. The small electric sewing machine could be operated manually via a crank lever and foot pedal, which could be purchased separately. The equipment also included a working light. The children's sewing machine »elektra« is 31 cm wide, 17.5 cm high and 18 cm wide and is primarily made of red, white and grey plastic. It comes with detailed instructions and a starter kit with needles and thread.

The little needleworker would have gotten fabric and other accessories from her mum. 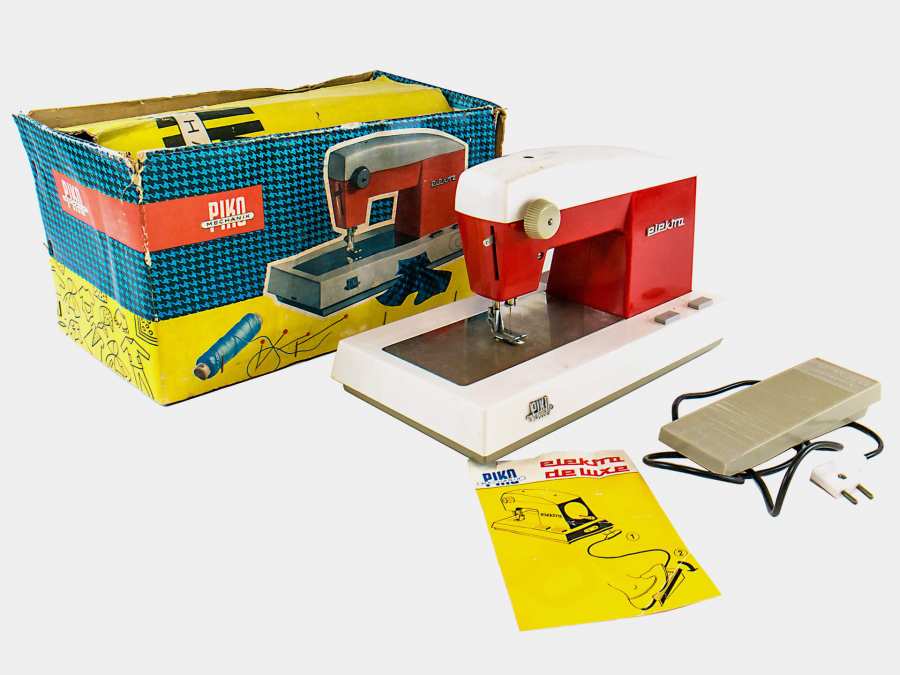 The children's sewing machine »Michaela« in a red and white plastic case was also produced by the VEB Kombinat PIKO Sonneberg. The set from our collection contains the battery-operated sewing machine, a needle, a piece of sewing thread, a pattern sheet for dolls' clothing, an instruction manual and a list of authorised workshops for repairs (as of February 1977). The range of functions includes a single-thread chain stitch seam and a sewing light. 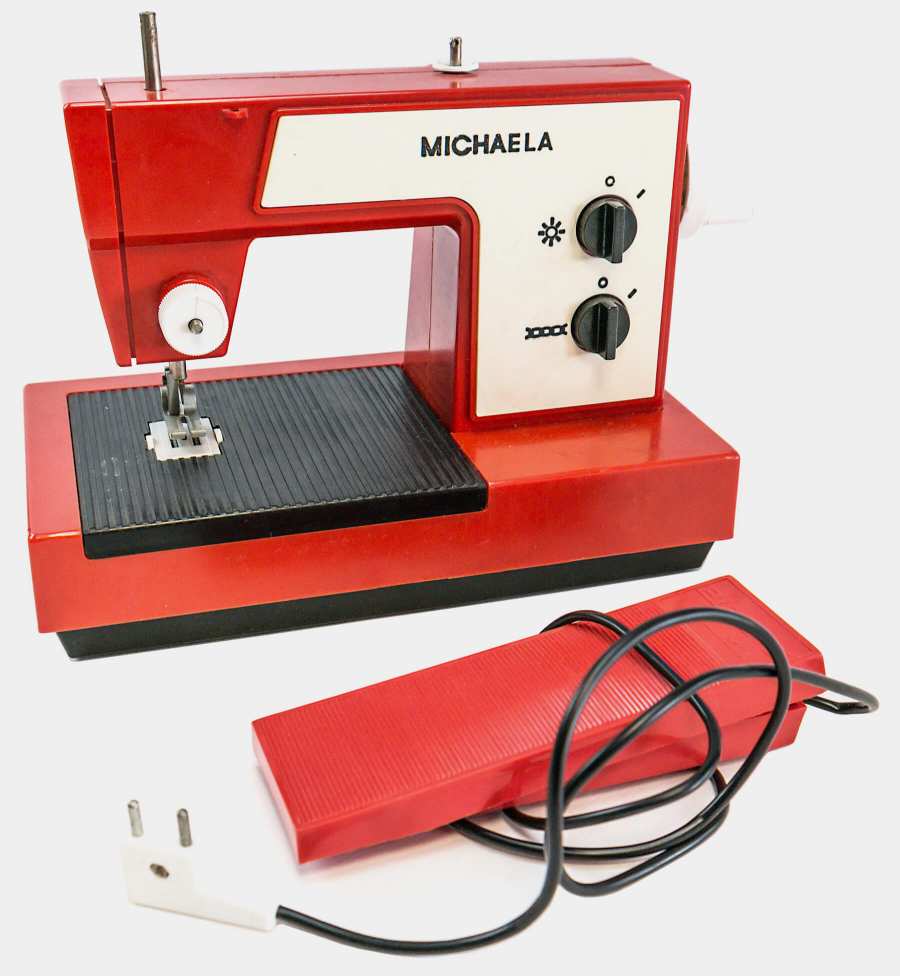 The battery-operated children's sewing machine »Gabriela« with an orange and white plastic case from VEB Piko Sonneberg cost 65.50 Marks. The package comes with an instruction manual and a list of authorised workshops. The range of functions includes two types of stitch (straight stitch and zigzag stitch), an extendable sewing table and a sewing light. 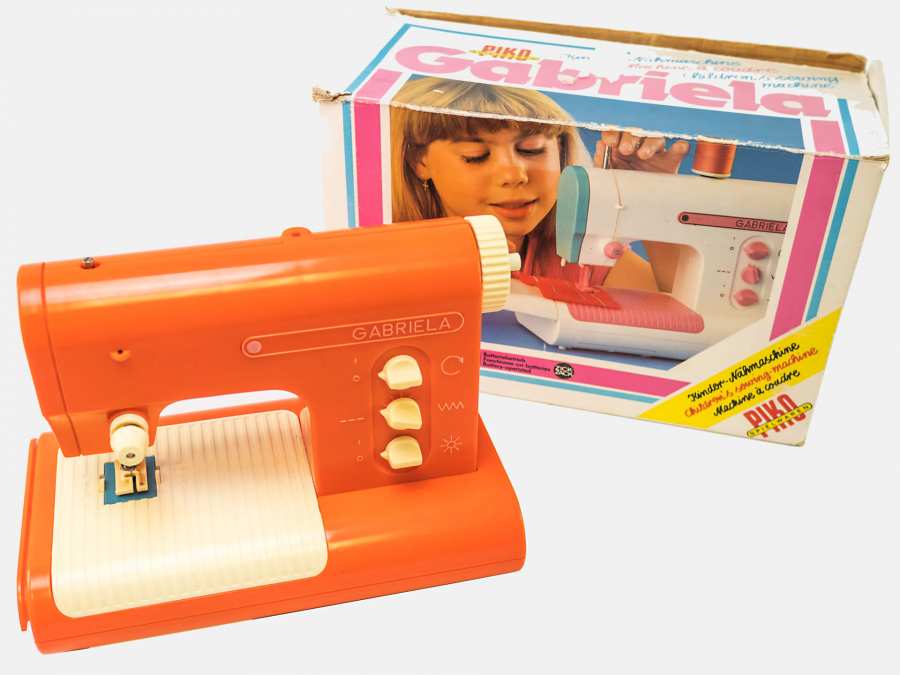 The state-owned company (VEB) Piko had been producing electromechanical toys such as children's sewing machines, kitchen machines, battery-powered cars and model trains since 1964. After reunification in 1990, state-owned companies were liquidated or privatised by the Treuhandanstalt. VEB Piko Sonneberg was privatised and modernised on 1 May 1992 under the name »PIKO Spielwaren GmbH« and now manufactures model trains.

More toy household appliances from VEB Piko in our collection 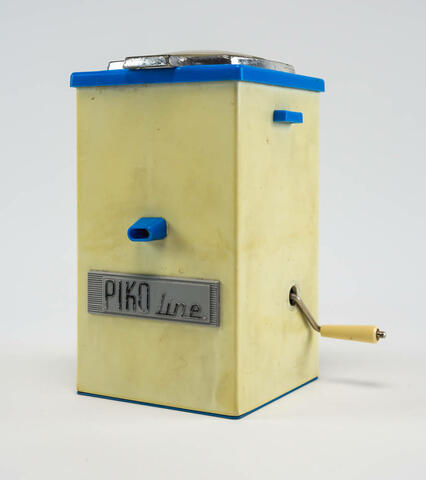 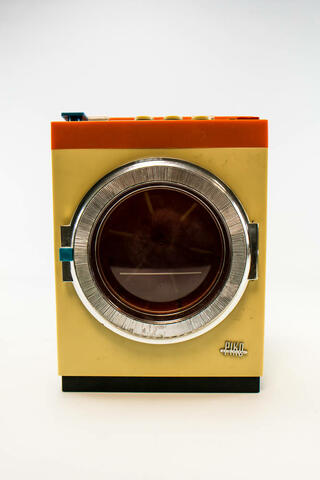 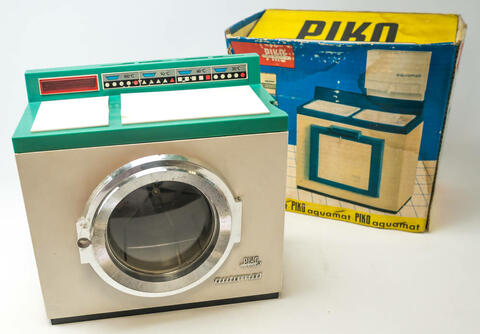 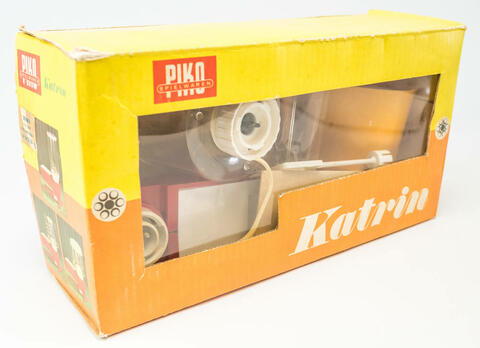 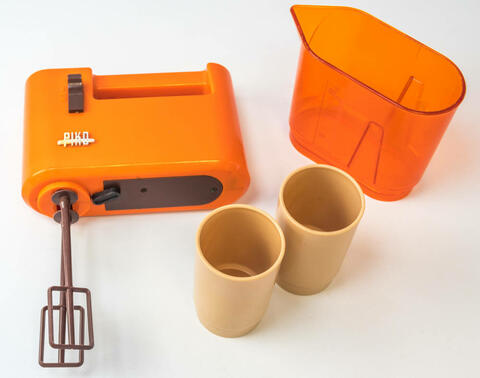