On 20 September 2022, Frank Zander donated two wooden boxes containing a total of 8 ME 830 condenser microphones to the DDR Museum. The microphones were manufactured by VEB Mikrofontechnik Gefell. (16 Nov 2022)

Thanks to the generous donation of Berlin native Frank Zander, the DDR Museum is pleased to have received a very special addition to its collection. It concerns two boxes of eight condenser microphone units of the ME 830 type from the state-owned company (VEB) Mikrofontechnik Gefell. Also included are the capsule modules M93 (omnidirectional) and M70 (cardioid), as well as additional accessories, such as the windscreen W70.

The microphones have different sizes and were used, among other things, primarily for radio recordings. The microphones were a gift from the »Deutscher Fernsehfunk« (German Television Broadcasting) of the GDR to Frank Zander during his tour in the summer of 1990 when he performed in Gera and Halle (Saale), among other places.

VEB Mikrofontechnik Gefell originates as far back as 1928 from the limited partnership »Georg Neumann and Co.« in Berlin. Even then, the main idea was the mass production of condenser microphones. The first success came with the »M7«, which was used at the 1936 Olympic Games.

Due to heavy fire and bomb damage during the Second World War, the company finally moved its headquarters to the tranquil town of Gefell (population of 1500) in the south of Thuringia, close to the border with Bavaria. The aftermath of the war resulted in the production buildings now being in the Soviet Occupation Zone (SBZ). In response, the »Georg Neumann GmbH« was founded in Heilbronn in 1947. Both companies manufactured various studio microphones in parallel, always in close coordination with the respective broadcasting companies. The close communication between the two companies during this period is particularly noteworthy.

This ended abruptly with the construction of the Berlin Wall on the night of 13 August 1961.

By 1972, the former limited partnership had been completely expropriated and was renamed »VEB Mikrofontechnik Gefell« with the association trademark of radio and television technology (RFT).

VEB Mikrofontechnik Gefell continued to exist until 1990 and developed, among other things, large-diaphragm condenser microphones and studio and wireless stage microphones.

The products’ special feature was the universally interchangeable capsules, which could be fitted with different directional characteristics. Such capsules are also part of Frank Zander's donation.

In addition to microphones, measurement technology is another mainstay of the company; its products are used, for example, to measure aircraft noise. 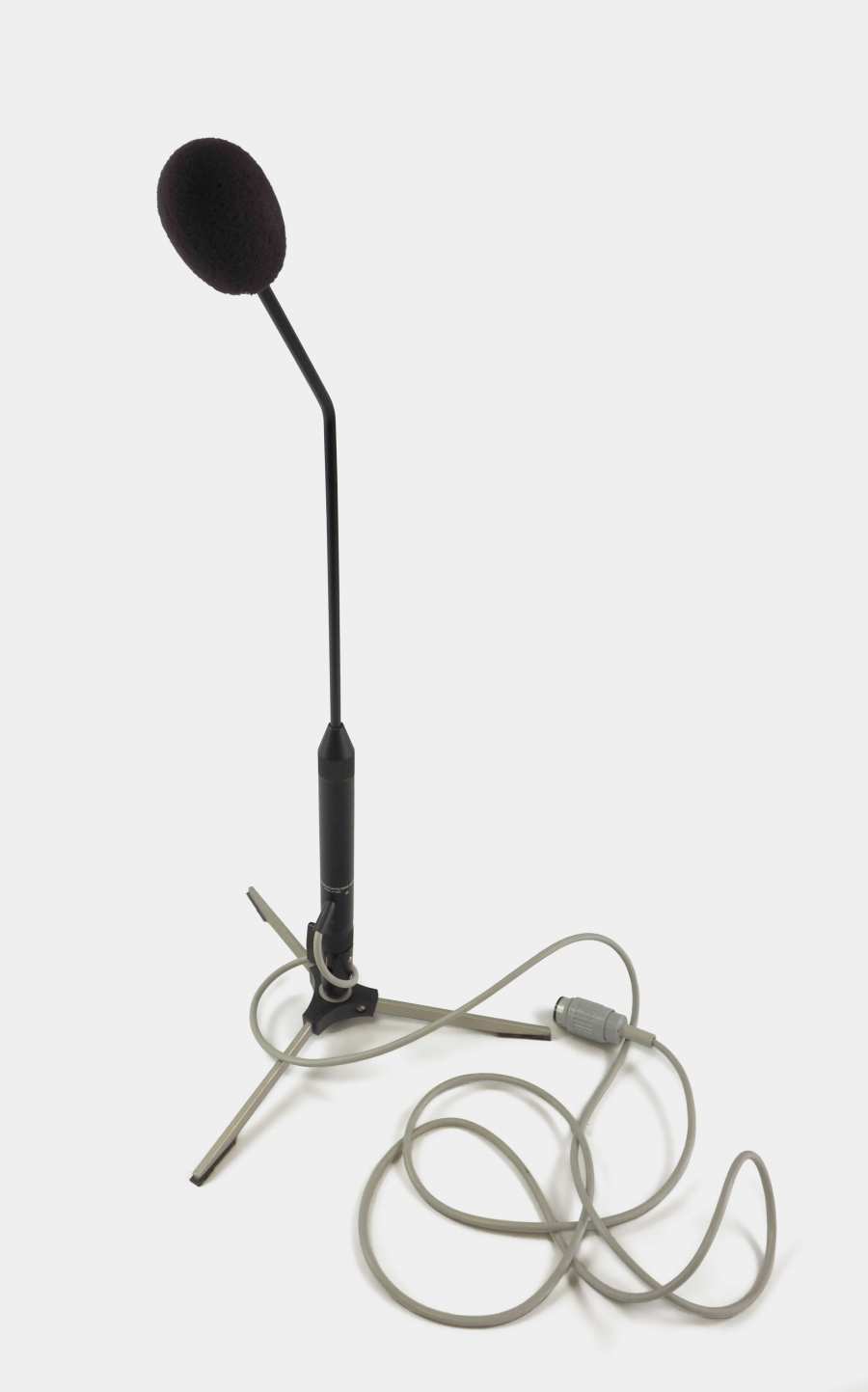 VEB Mikrofontechnik after the Fall of the Wall

Following the Fall of the Berlin Wall, the former »Georg Neumann und Co«, now »Georg Neumann KG«, successfully reclaimed its company in 1993. Since 1998, the firm has been operating under the name »Microtech Gefell GmbH« and equips the German Bundestag, for example, with the KEM 970 condenser microphone.

The microphone handover with Frank Zander on 20 September 2022 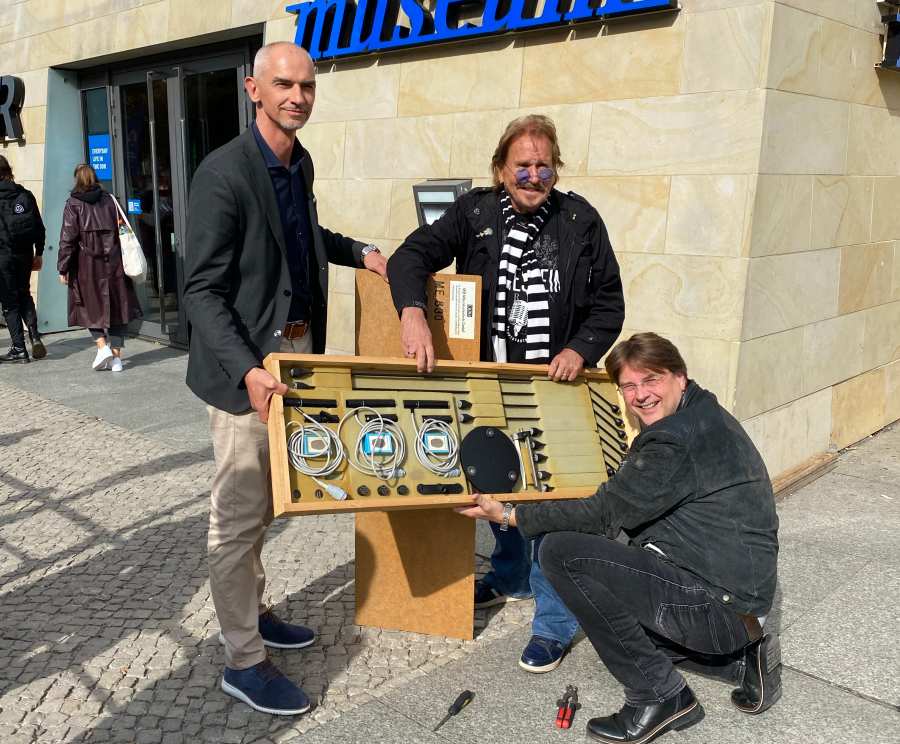 The Head of Collections' 11 Favourites of the Collection Volume I