The DDR's military publishing house was responsible for the publication of numerous specialist books with a military-technical, military-historical and military-scientific context. The publisher's portfolio also included the monthly magazine »​​​​​​​Armeerundschau«​​​​​​​. by Jörn Kleinhardt (17 Mar 2016)

In contrast to the weekly magazine »Volksarmee« from the same publishing house, the »Armeerundschau«​​​​​​​ (ar), which was published from 1956 – the founding year of the National People's Army (NVA) – contained numerous articles with a military context as well as content that one would rather expect to find in a leisure magazine. In the 1980s, for example, every issue featured current book introductions, categories such as the »mailbag«, in which readers could ask the editorial team questions, the section »Soldiers write for soldiers« with entertaining stories from everyday life as a soldier, the »ar Lexikon« with short articles on topics from all over the world, and the section »ar Bildkunst« with presentations of contemporary art. As with a real illustrated magazine, numerous cartoons, a crossword puzzle and a poster in the middle section rounded off the content of the booklet. On the back of each issue was a picture of a female model, suitable for the soldier's locker. Although never undressed, the pin-ups enjoyed great popularity among soldiers. 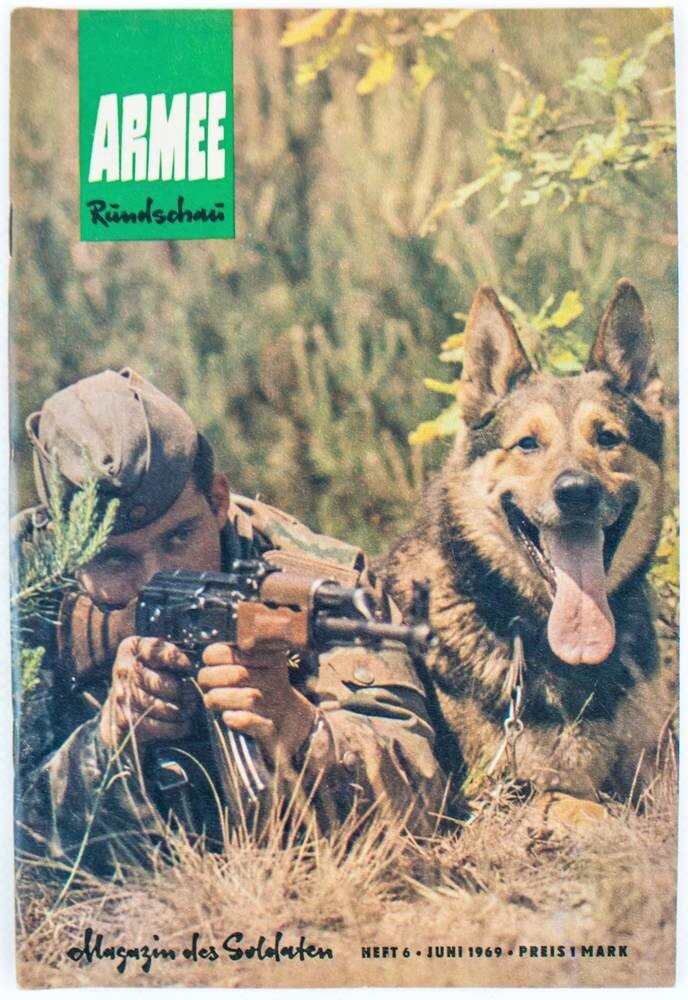 »Armeerundschau« developed for a broad audience

As one can already guess from the diverse contents of the magazine, the journal »Armeerundschau« was not only aimed at members of the NVA, but also to the same extent at soldier's wives and young military enthusiasts, the potential new generation. In order to do justice to this claim and to appear modern, the layout changed several times and was adapted to the respective time. In the early years, the magazine was published in the usual A4 format, but from 1962 onwards it changed to the smaller A5 format. The number of pages in the individual issues varied between 80 and 100. The total circulation increased steadily: initially it was 11,000 copies per month. In the 1980s, the magazine already had a circulation of 340,000 copies. 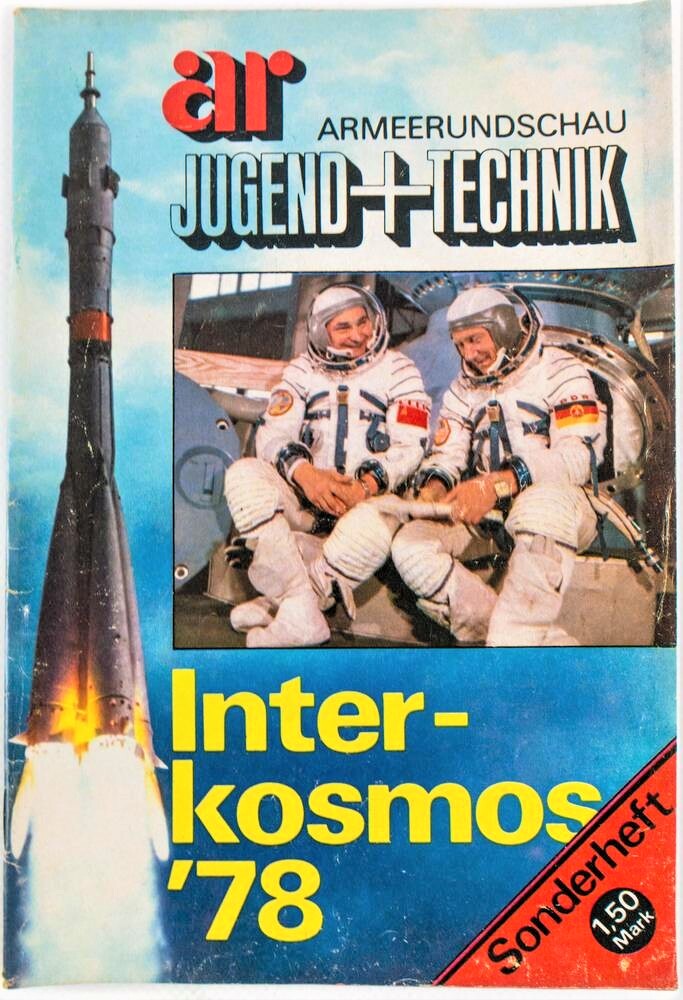 In the course of the political changes of 1989 and 1990, the last adjustments were made to the magazine. The »Armeerundschau« now received the subtitle »The International Military Magazine« and also opened up thematically. Critical articles found their way into the magazine. For example, the July 1990 issue contains an article entitled »I was a Stasi man« with the critical confession of a former employee of the Ministry for State Security (MFS). For decades, this openness was unthinkable. The price also increased. While the magazine had cost 1 mark per issue since its publication in 1956, from 1990 onwards 2.50 marks were charged. The last issues were sold for 2.50 DM after the currency reform.

The last issue of the magazine appeared in July 1990. The cover shows a soldier from the West German Bundeswehr army and a soldier from the NVA. In the centre there is a montage of the two soldiers. Underneath it says »BUNDESwehr/ VolksARMEE?«, with »Bundesarmee?« visually standing out. At this point, however, it was already clear that there would only be one army after reunification. Therefore, the magazine series was discontinued after this issue. 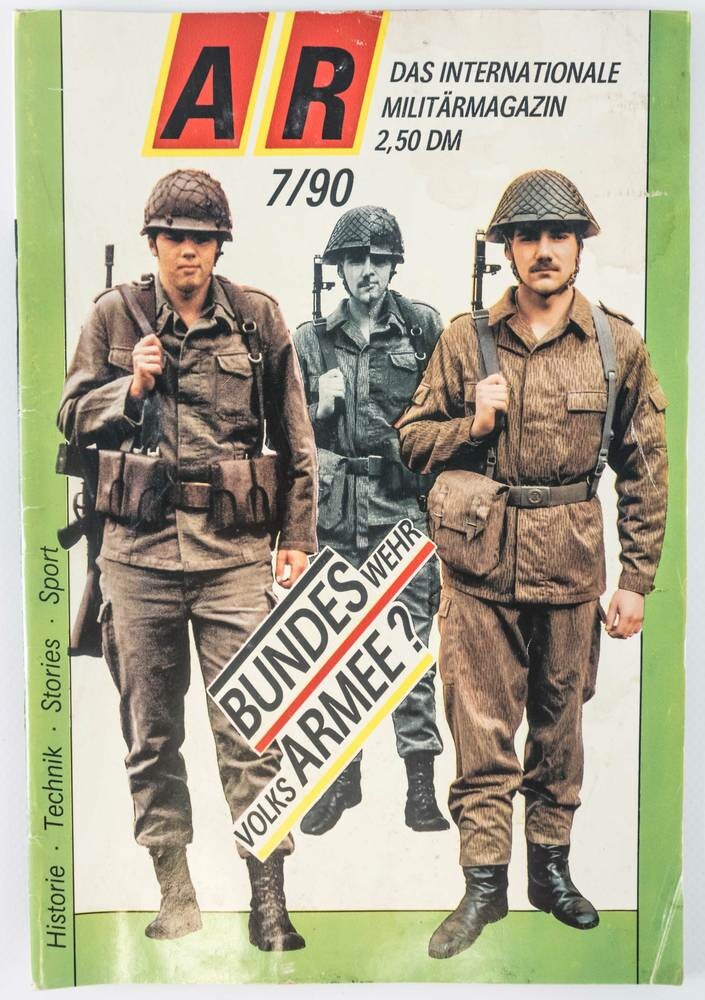 Further issues of the »Armeerundschau« from the collection of the DDR Museum: 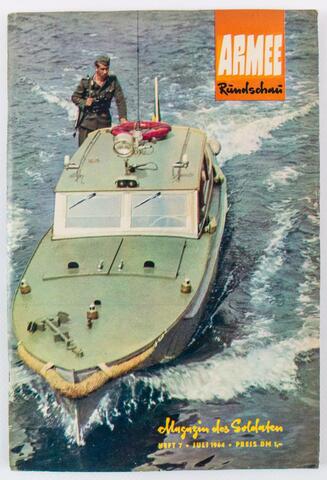 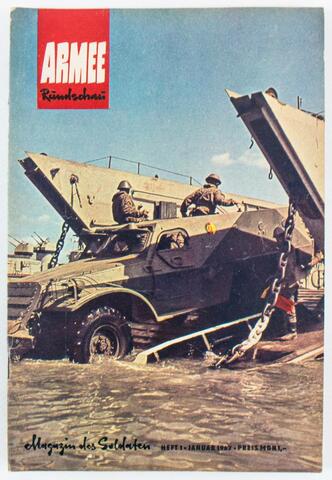 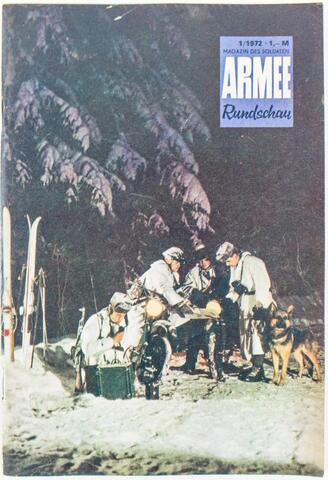 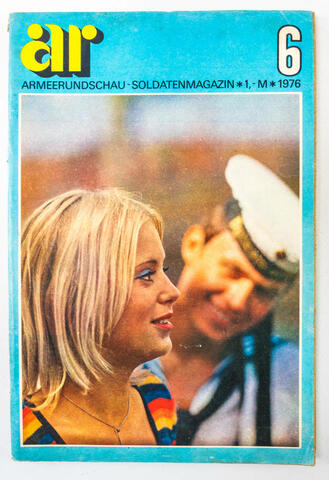 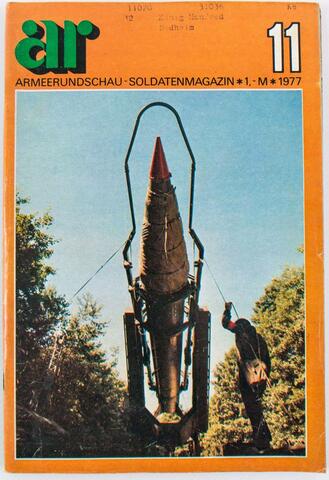 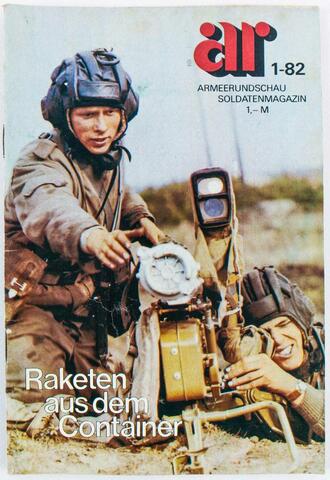 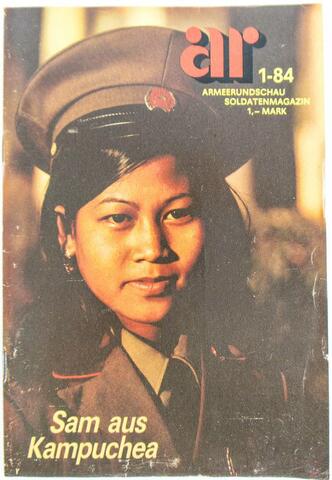 Even more issues, detailed pictures and tables of contents from the collection of the DDR Museum can be found here.