Even though the GDR had quite a number of economic problems itself, the small country nevertheless offered foreign aid to many places around the world since the 1960s, which within the socialist language use, however, was referred to as „Anti-imperialistic solidarity“.
by Admin (20 Jan 2016)

Even though the GDR had quite a number of economic problems itself, the small country nevertheless offered foreign aid to many places around the world since the 1960s, which within the socialist language use, however, was referred to as „Anti-imperialistic solidarity“. Among the supported countries were mainly young states in Africa, Asia and Latin America which gained independence after the era of colonization ended. In many cases the political and economic circumstances in these newly founded countries were rather tense. The establishment of a stable local economy generally required the help of other states. The GDR took advantage of this situation and mostly helped states or groups which followed the ideology of Socialism or at least meant to do so in the future. Needless to say, the solidarity and foreign help of the small German state was no one-way road. In return for its support, the GDR received, for example, desperately needed resources, which otherwise would have had to be bought with foreign currency on the global market. In terms of politics the GDR hoped to contribute to the strengthening of the Socialist Block as well as receive recognition as an independent state. Since the 1980s the economic motivation was the main driving force for all foreign aid actions.

In our collection we have a brochure titled „Internationalisten im Blauhemd“ (Internationalists in blue shirts) which is dedicated to the „Brigaden der Freundschaft“ (brigades of friendship) within the Free German Youth and their actions worldwide. The brochure contains numerous photographs and was published by the central council of the Free German Youth in 1988. The publication is structured along the countries where the „Brigaden der Freundschaft“ offered their support and represents an overview of the type and duration of the „Anti-imperialistic solidarity“. The reader will find out, for example, that the FGY brigades supported Angola (a country reaching independence in 1975) with restoring automobile and harvesting technology as well as successively helped establishing a center for apprenticeship in order to educate local inhabitants as locksmiths, brick layers and motor mechanics. In return, the GDR hoped to receive coffee cultivated in the Angolan highlands in order to take actions against the coffee crisis which had been existing since 1975. The logistic steps such as harvest and transportation of the product were supposed to be realized by the South-African country alone, whereas the required logistics, technology and know-how was delivered by the GDR. In retrospect, the commitment offered by the GDR was a rather audacious endeavor because the then-Portuguese colony remained in the condition of civil war from 1975 until 2002.

Since 1978 , the FGY brigades were also active in the South-African state of Mozambique. Chaotic circumstances existed here as well since the country was also dominated by a civil war since 1976. Just like in Angola, technology and know-how was delivered by the GDR in order to receive resources for a small price. Mozambique, for instance, offered mineral cole which was necessary for the East-German production of energy as well as possessed a much higher heating value than brown coal which was also mined in the GDR. Furthermore, a number of large farms were built on which tropical fruit was supposed to be cultivated in order to be exported into the GDR. On December 6th in 1984, however, one of the most severe terrorist attacks against citizens of the GDR was performed near the city of Unango. A total of 8 East German foreign aid workers as well as numerous other people were killed. Because of the unstable conditions in Mozambique, the government of the GDR put an end to the foreign aid work there about half a year later.

The brochure by the FGY at hand, however, only addressed a certain part of the foreign aid work. The reader remains uninformed about the fact that the offered support by the GDR was met with service in return. The oftentimes military support for the young African states remains unmentioned, as well. In order to establish a stabilization of the political power structure or to support friendly groups, the GDR send thousands of military advisers who helped establishing army, secret service and police structures. Delivery of arms to African states was also common in the 1970s and 1980 and reached a yearly volume of about 200 million Marks.

In order to act against the prevailing shortage in work force, thousands of contract workers were recruited from African developing countries, educated in East German factories and then employed for production. Many of those workers were send back to their home countries in the course of the political turn of 1989 and were able to use their knowledge in order to start a career back home.

On rare occasions, African states also exported basic consumer goods into the GDR. Our collection therefore holds an alarm clock „Inal“ which was produced in the 1980s in Mozambique and was available for 16 Marks in the GDR.

In addition to Angola and Mozambique, other African states such as Ethiopia, Guinea-Bissau, Sao Tome, Principe, Zimbabwe, Mali, Algeria and Tanzania were supported by the GDR, as well.

Next week, this blog series will be continued with the foreign aid actions of the GDR in Asia. 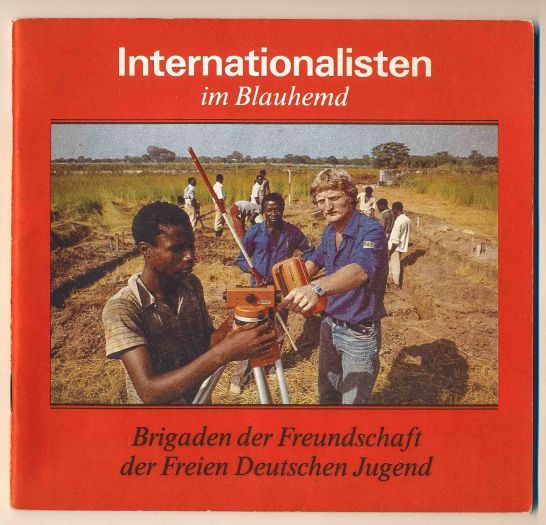 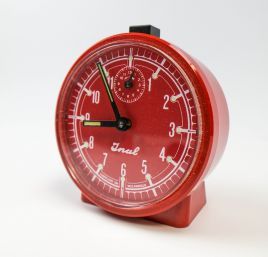