The official television programme in the GDR was very limited during its existence. Due to the limited range of media, there was also only one programme guide. Until 1969 it was called »Funk und Fernsehen der DDR« (FF) and was then renamed »FF dabei«. by Jörn Kleinhardt (10 Feb 2021)

A brief history of the GDR television programme

The official television programme in the GDR was very limited during its existence. After a long test phase over several years, the Deutsche Fernsehfunk (DFF) went on air permanently on 3 January 1956. The era of state television in the GDR began. For the 20th anniversary of the Republic, the portfolio was expanded by another programme in 1969. With the start of the second programme of the Deutscher Fernsehfunk (DFF 2), the age of colour television also began in the GDR. Because of the very limited range of media on offer, especially from today's perspective, only one programme guide was launched on the domestic market in GDR times. 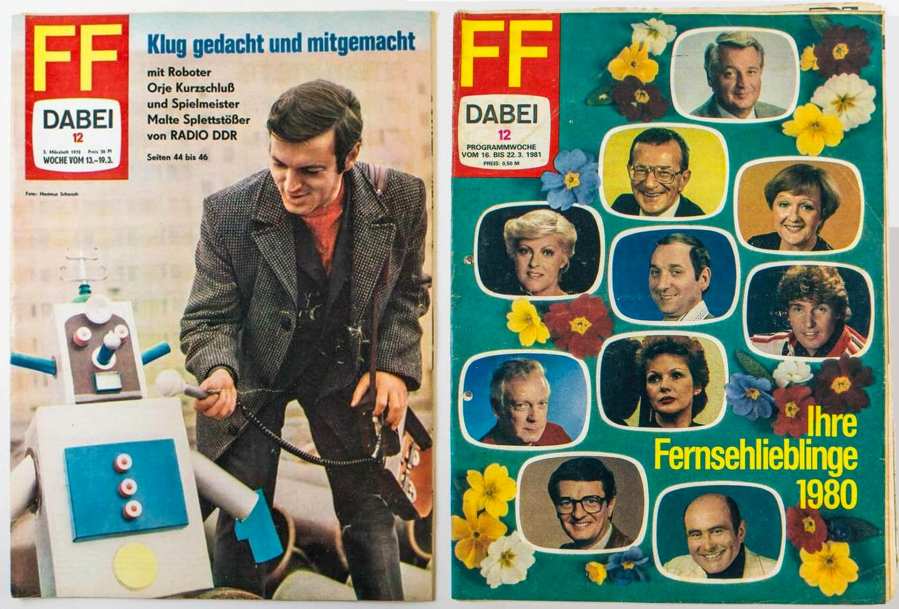 »FF dabei«, as the television magazine was called from 1969 onwards, first appeared in 1946 under the title »Der Rundfunk«. After television gained more and more importance as a budding mass medium, the magazine was renamed »Funk und Fernsehen der DDR« (Radio and Television of the GDR) in 1959. The magazine finally received its familiar name »FF dabei« in 1969 in the course of the programme expansion. In addition to the new name, the layout of the magazine was made more modern and the issue was printed in multi-colour gravure. Due to the additional costs of the colour design, it was necessary to adjust the sales price of the magazine. Whereas the magazine, printed in greyscale, had previously cost only 30 pfennigs, the new design meant that 50 pfennigs had to be paid for the weekly programme guide.

As the only programme guide in the GDR, it enjoyed great popularity from the very beginning. As early as 1956, the weekly circulation was almost 450,000. Also because of the diverse content of the TV guide, the weekly contingents that went on sale were already sold out a few hours after publication. Despite a circulation of almost 1.5 million copies in the 1980s, almost half a million subscription requests for the magazine were turned down because an increase in circulation was not possible due to the chronic shortage of printing paper.

In the course of the political change in 1989/90, the programme booklet was taken over by the publishing house »Gruner + Jahr« in July 1990 and, like so many other print products of the GDR, rapidly lost importance. The market was flooded with publications from Western production and people's curiosity about the unfamiliar new could no longer be satisfied by »FF dabei«. Although the magazine's design was adapted to the new era and hardly differed from its western counterparts, »FF dabei« finally disappeared from the market in 1996. 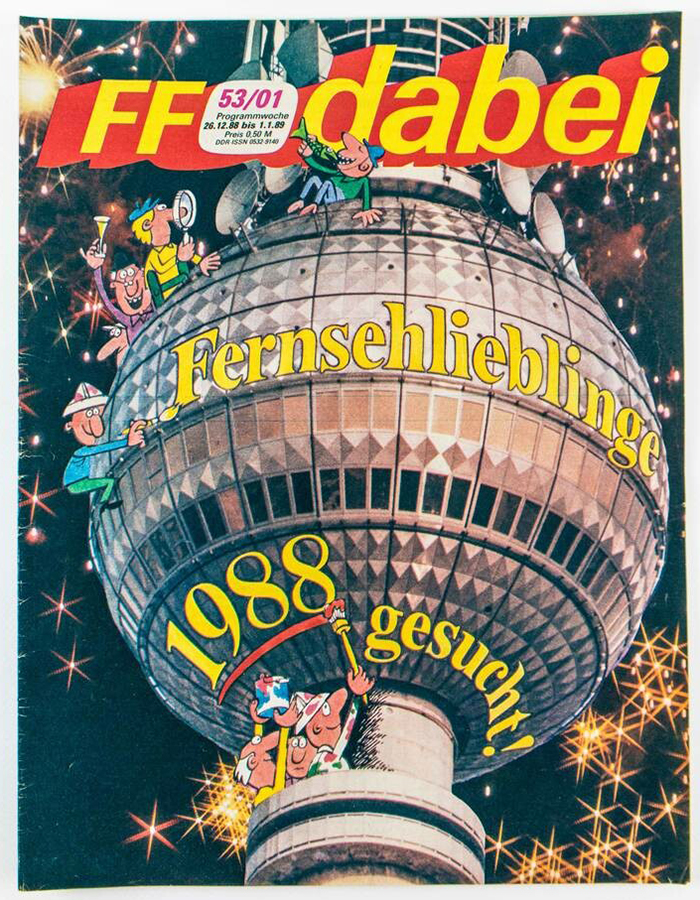 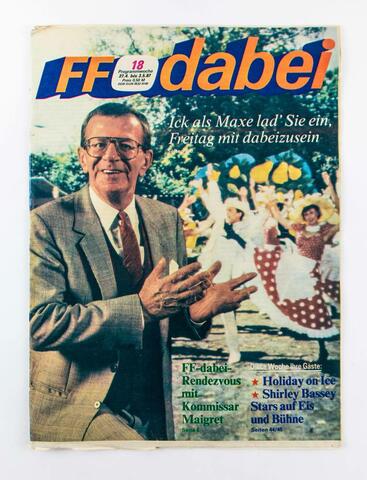 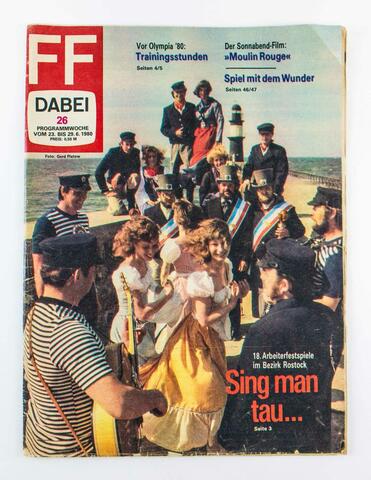 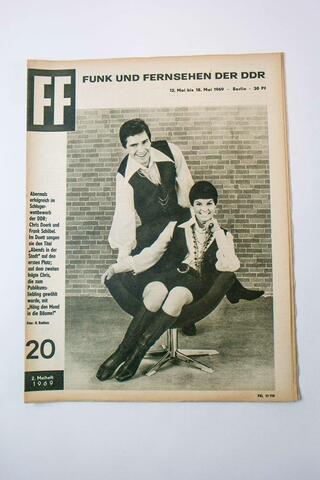 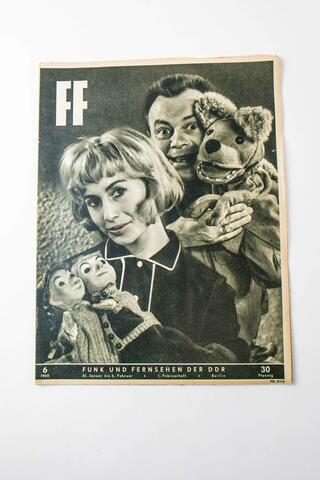 Report from the info-mile of contemporary history