Creative building and corresponding system toys have always inspired many children. While in the West one could indulge one's play instinct with Playmobil and LEGO, in the DDR there were also two established building systems with PEBE and Formo. The original idea of plug-in bricks goes back to the anchor bricks developed in Rudolstadt (Thuringia) in the 19th century. by Jörn Kleinhardt (24 Jan 2021)

The initials of the inventor Paul Bernhardt gave the system building bricks their distinctive name. The practical toy was produced in 1955 by the company »Paul Bernhardt« (from 1972 VEB Plastica / from 1984 VEB Chemische Fabrik) Bad Kösen in the former district of Naumburg (district of Halle). In the 1980s, a production site in Köthen was also added. There was a great similarity to the LEGO system toy, which had already been invented in 1932, and some of the building elements could even be combined with each other.

Due to a legal dispute with the world market leader LEGO, the studs and the underside were changed in the 1980s so that they were no longer compatible with the LEGO system. The various car series in 1:50 and 1:75 scale were very popular, whereby the latter were much smaller and were not compatible with the other building bricks. In addition to the technical series, numerous basic building sets and technical building sets were established within the system. The PEBE building block system was produced by various companies after the fall of the Wall and, with one interruption (1996 to 2000), until 2005. 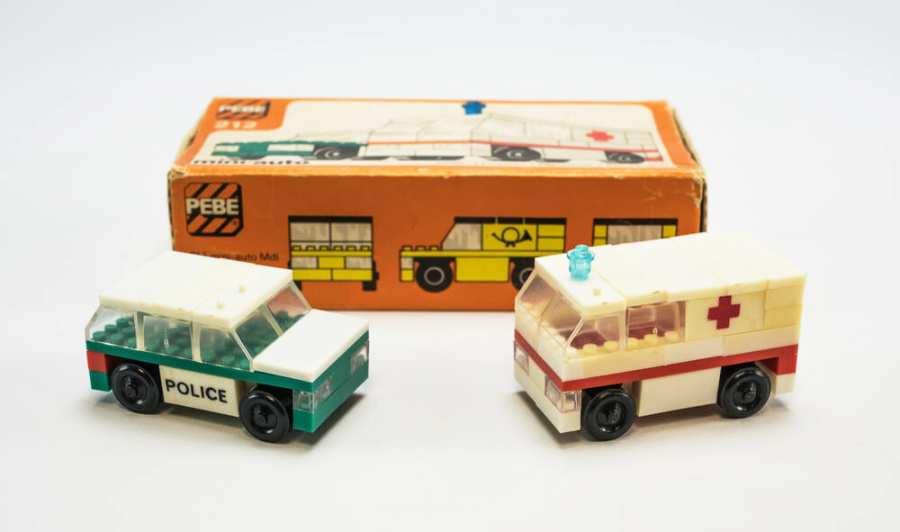 Formo system not compatible with PEBE

Almost simultaneously with the development of the PEBE system, several patents for modular systems were registered in Gotha by Werner Wind from 1956 onwards. In his company for plastics processing, these were initially produced under the name »Plasteck«. After nationalisation, the company, now called VEB Gothaer Kunststoffverarbeitung, established the Formo modular system and marketed it from the 1960s onwards. As with PEBE, Formo also relied on the single-tap system. By 1970, a high production volume had been achieved and the production facility in Gotha was successively expanded. Due to a different grid size, PEBE and Formo could not be combined.

The Formo system also had a wide variety of construction kits, which were marketed under the names »Formo system« and »Formo constanti«. The focus of Formo was definitely on architectural models, although a gear and wheel construction kit was also marketed as »Formo mobili«. A special feature in the system was the kit of the Palace of the Republic, which could be purchased as a souvenir. In 1990, the production of the Formo system was discontinued. Between 2006 and 2011, production of the system was resumed in Gotha. Nowadays, the »Formo« brand is protected and the popular building bricks can be made to order in small quantities by a former employee from Gotha.

Formo modular systems in the object database of the DDR Museum 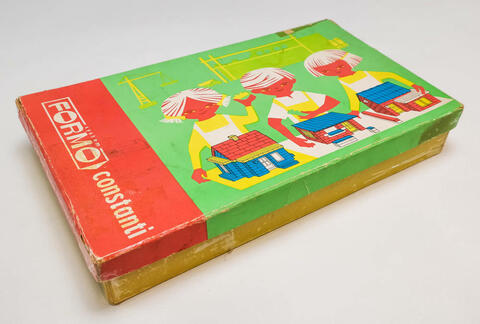 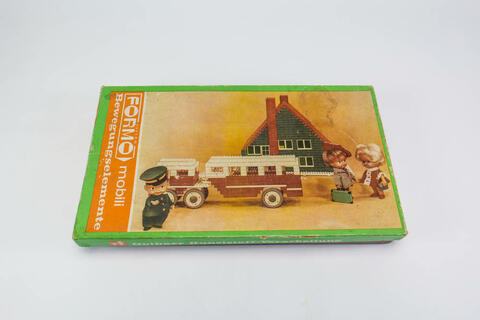