The journalist and expert for DDR product design Günter Höhne writes for the DDR Museum blog. This time he is taking a closer look at the DDR coffee maker “Moccadolly”. by Admin (6 Feb 2019) 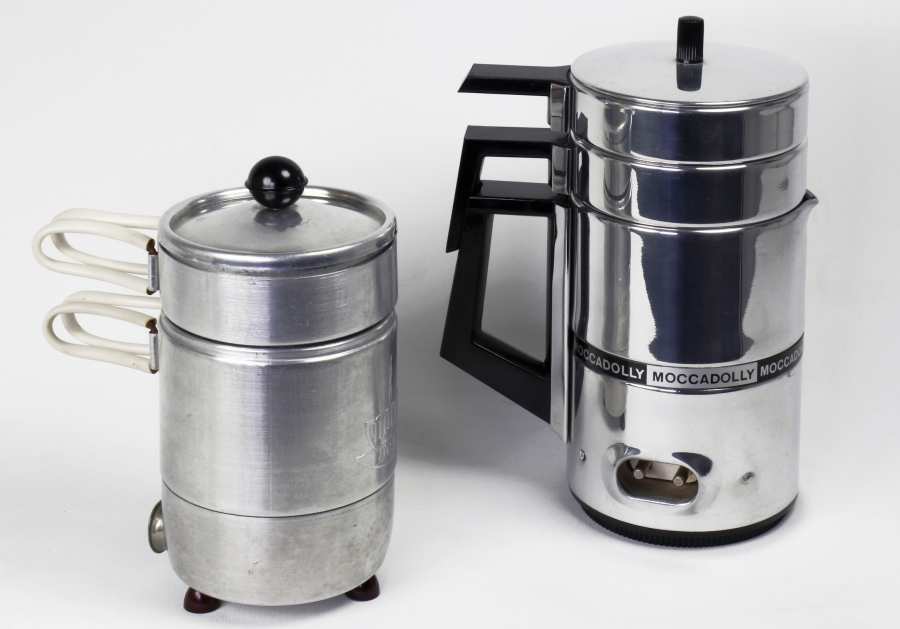 The equivalent to what espresso was to people living in West-Germany in the 1950s was mocha to the citizens of the DDR. “I saw her at the Mocha-Milk-Ice cream parlor…” were the lyrics of a catchy song by DDR-pop musician Thomas Natschinski, published at the music label AMIGA around 1968. “At the Espresso-Latte-Macchiato-Ice Cream parlor” would have sounded a bit rhythmically bumpy, wouldn’t it?

To fix a mocha quickly and without much effort at home was no big problem anymore in the DDR of the 1960s – if, of course, you were lucky enough to lay your hands on the relevant electric cooking device. The smartest one among these kinds of devices was produced at a small metal working factory in Berlin-Biesdorf, more precisely the Otto Bengtson KG at Lappiner Straße 26. It was specialized in aluminum goods and their small mocha wonder, developed in 1958, was initially named “Moccadalli” (the instant coffee “MOCCA FIX” was available 20 years later). 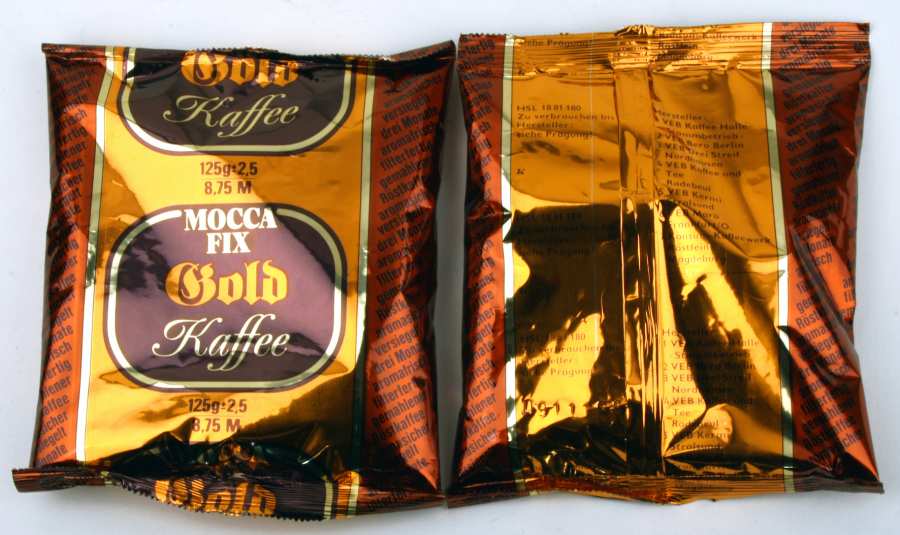 Of course, preparing the black empowering drink was supposed to be quick and simple. But someone at the company’s management department must have deemed the title “Moccadolli” a bit too uncouth and so the device’s name was changed to “Mocca Dolly” within the same year.

The machine consisted of three parts and was very small and handy, perfect to fit into the baggage for a camping trip – a hiking boiler, so to say. Its handles, made of isolated iron wire, were not necessarily appealing, but all the more highly practical due to the fact that they were retractable for transportation. The logo on the exterior was furthermore designed in a very symbolic way: A stylized steaming mocha mug. 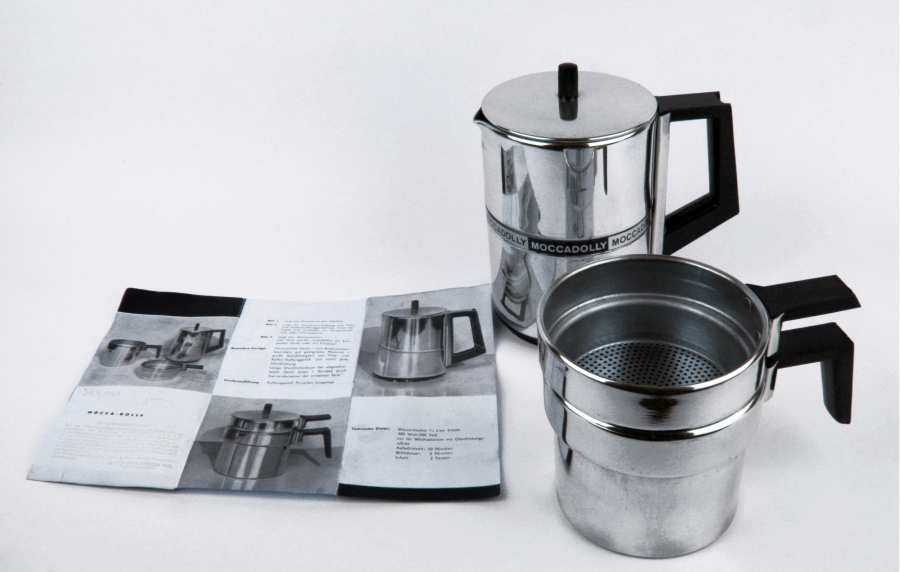 At some point, two designers at the Berlin Design “Institute for Applied Arts” discovered the useful household appliance but were of the mind that it could look a bit more modern and fancy. No sooner thought than done, the producer had the same opinion. Klaus Musinowski and Lutz Rudolph immediately started to change the device’s design to a large extend and left the functionality untouched at the same time in order to turn the modest article of daily use into a sightly product for the home that is truly sophisticated in its perfected handling. Today, an icon of functional DDR design.

Nothing to be surprised at, for the two designers were functionalists par excellence among the likes of them: Musinowski, one of the most diverse and productive East-German industrial designers of the 1960s and 1970s, created numerous handy, plain and long-living household appliances such as the electrical stem beater quern (SWM) from AKA ELECTRIC which is still being used today. 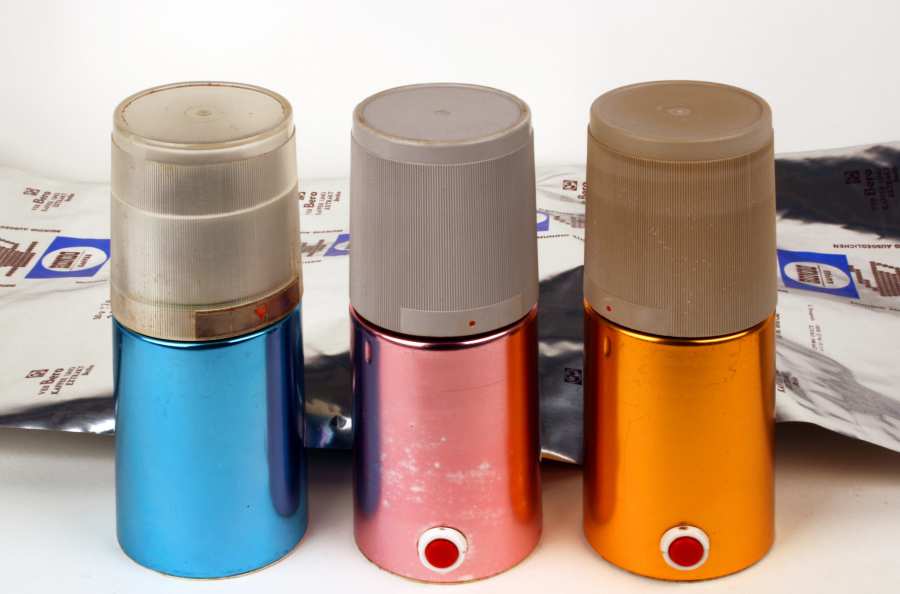 Lutz Rudolph, on the other hand, was considered as one of the most imaginative minimalist of his guild: Together with Karl Clauss Dietel, a colleague from Chemnitz, he designed for example the legendary HELI radio family of the 1960s – 1980s, Simson motorcycles from Suhl or alternative and forward-looking designs for cars concerning the Trabant from Zwickau, which – unfortunately – never made it into serial production.

Günter Höhne is the author of several books about DDR design such as “Arbeit, Freizeit, Ferien” (work, free time, holidays), “Wohnungen für alle: Vom Leben im Plattenbau” (Apartments for everyone: About life in prefabricated concrete buildings) und “Das große Lexikon: DDR-Design” (The Big encyclopedia: DDR Design). His books were published by Komet Verlag and can partly be purchased in our museum shop.

Inspirations from the online objects database of the DDR Museums 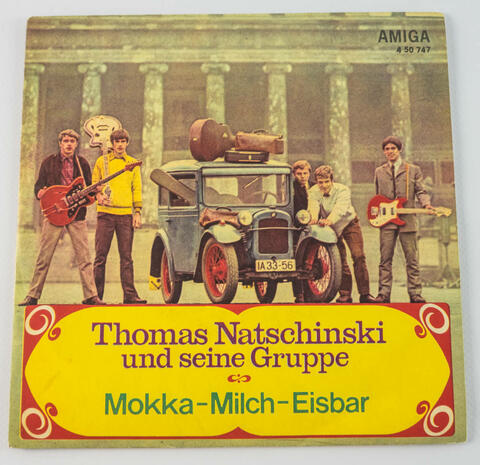 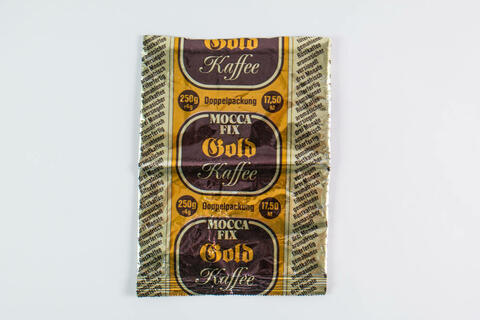 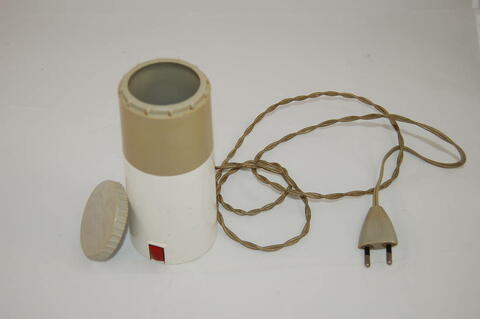 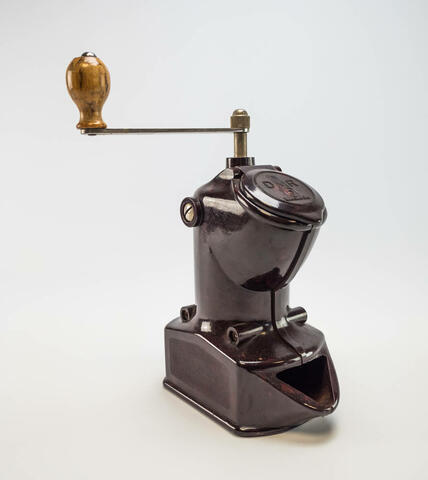