The object of the month March/April 2020 is the wooden toy truck by the PGH »Friedrich Fröbel« Werdau. The wooden toy appeals by its plain and elegant design as well as its high stability and durability. by Maria Bartholomäus (18 Mar 2020) 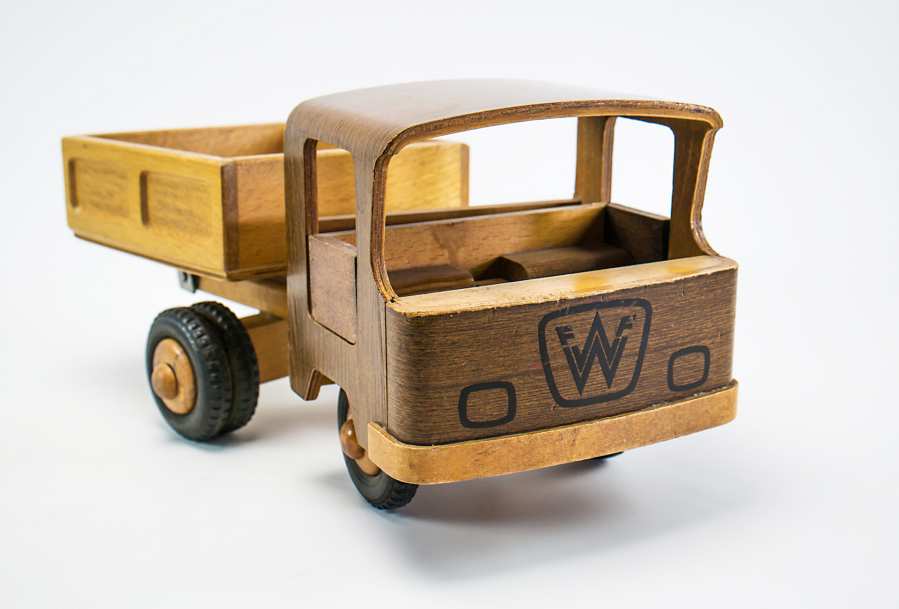 This crane truck on a scale of 1:15 from 1970 is part of a modular toy assortment produced by the Produktionsgenossenschaft des Handwerks (producer’s cooperative of handicraft, short »PGH«) »Friedrich Fröbel« Werdau. The undercarriage can be equipped with a selection of mountable setups for different play scenarios. The truck is steered by swiveling the driver’s cab sideways. A plastic peg secures the crane jib in its working position.

The plain design made of curved plywood is elegant and ensures high stability and durability. A clear coat surface finish leaves construction method and material visible.

Already in the 1950s, the wooden toy construction vehicles of the company Dressel Spielgaben Zwickau (Dressel Toys Zwickau) became a popular standard equipment of kindergartens in the GDR. After the emigration of its founder Hans Dressel to the Federal Republic of Germany in 1958 a newly founded PGH in Werdau took over parts of the product range. The company was named after the pedagogue Friedrich Fröbel, who, at the beginning of the 19th century, recognised the importance of playing for early childhood development and founded the world’s first kindergarten in 1840.

At the beginning of the 1970s the PGH »Friedrich Fröbel« was transformed into a so-called Volkseigener Betrieb (publicly owned company, short »VEB«) as a consequence of the nationwide expropriations. Eventually it became part of the Kombinat Vereinigte Erzgebirgische Spielwarenwerke Olbernhau (Combined Toy Factories of the Erzgebirge Olbernhau).

More wooden toys in the collection of the DDR Museum 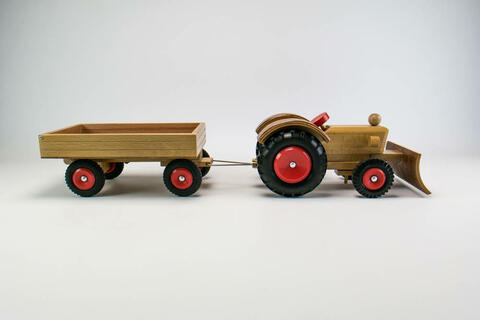 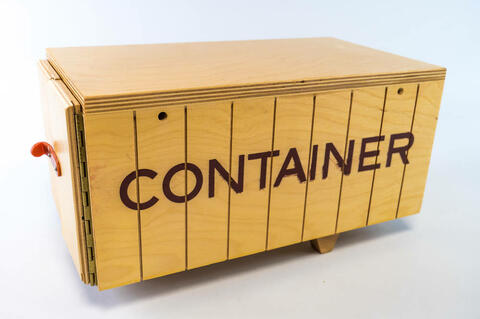 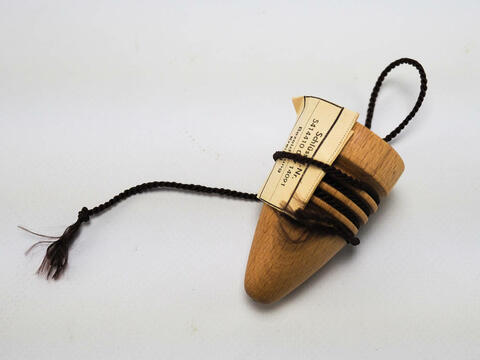 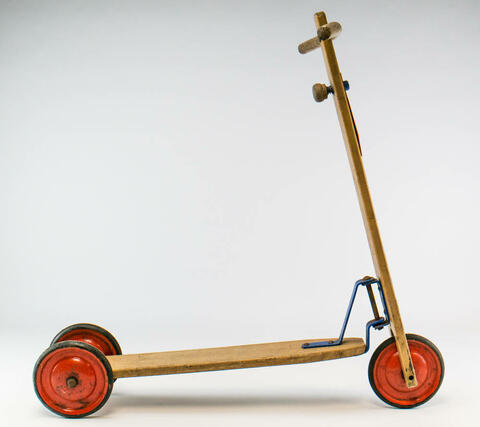