Every month, we are showing one very special piece from our collection. Our object of the month November 2018 is a suitcase decorated with a total of 61 stickers from different travel destinations. What might be the story its telling? by Admin (1 Nov 2018)

This hard-top case is made of leather and its corners are protected by metal coatings. The design is typical for the 1920s – 1930s, as well as the metal plate “Echt Lehna Vulkan” below the handle. A total of 61 stickers covering the complete surface of the suitcase are making this object truly one of a kind.

From the Spreewald to Saxon Switzerland

The former owner of this suitcase documented his travel destinations with the help of 61 colorful decals. All of the visited places are located on the area of the former DDR. Among them are, for instance, the “Göltzschtal Bridge” in the Voigtland region, the Spreewald in the state of Brandenburg, the Königstein Fortress in the Elbe Sandstone Mountains or Sebnitz in Saxon Switzerland, also known as the “town of the artificial flowers”. The suitcase’s owner has also been to classical destinations such as the Zwinger in Dresden, the Dresden Frauenkirche as well as the Elbe terraces.

Inland tourism in the DDR

Inland tourism in the DDR was mostly organized by the companies and state-owned institutions. Thanks to the state-funded financial aid and the company-owned recreational facilities, this type of tourism was far more affordable for citizens of the DDR than traveling to other (Socialist) countries. 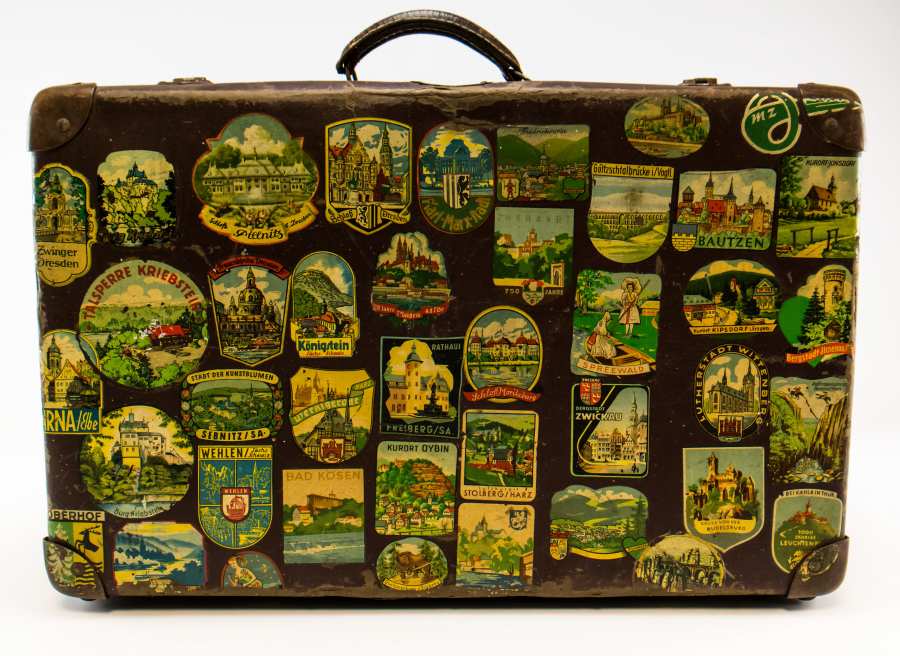