With the Fort Laramie, children could live out their passion that arose with the film adaptation of the Karl May novels in the 60s. Hobby groups of the so-called Indianistik were officially active already from the mid-50s. by Admin (14 Jun 2019) 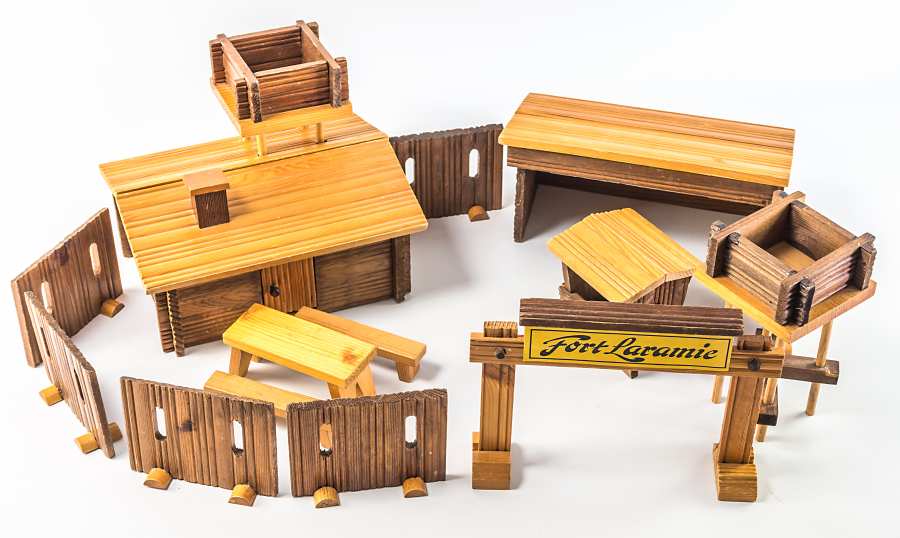 From fun playing to observed “Indianistik”

Since at least the existence of novels by Karl May, the fascination for the „Wild West“ had arrived in Germany. The hobby group called „Indianistik“ quickly spread throughout the entire DDR: As early as 1956 the first official „Culture group for Indianistik“ was registered in May’s birthplace Radebeul, advocating a „vivid preservation of the cultural assets of Native Americans“.

When a child in the DDR played with the Fort Laramie from the VEB Holzspielwaren Steinach, the focus was mainly on having fun playing. Engaging with the liberty-supporting cultural assets from overseas by grown-up DDR-citizens, however, was seen quite critically by the Ministry of State Security: Unofficial employees, camouflaged as members of „Indian clubs“, were observing the behavior of other club members as to whether they were showing signs of criticism of the state. 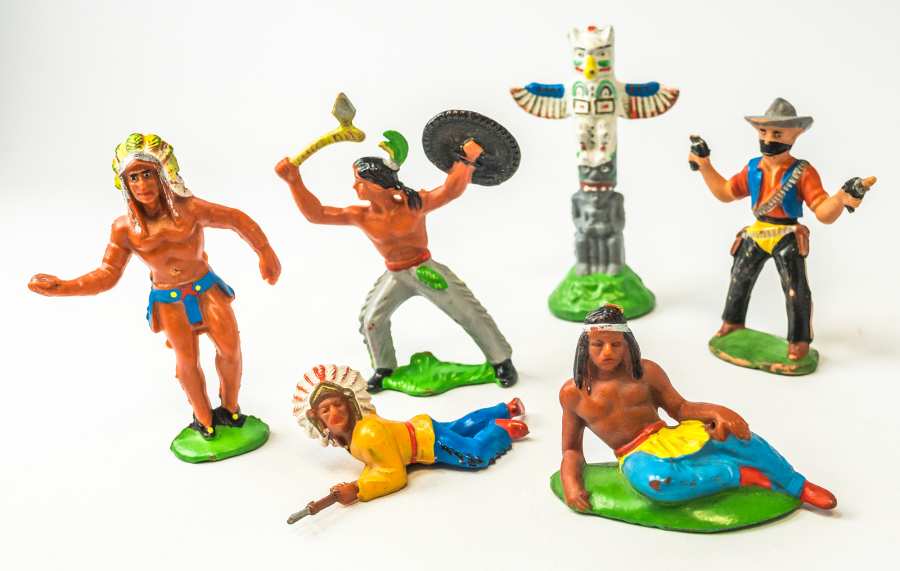 The Fort Laramie and its bridge to reality

Both the Fort as well as the figures derive from the early 1970s. The Fort ensemble on display consists of 20 wooden pieces, among them a hut, a standpipe as well as a number of fence elements. Its price was 22 Mark. The figures made of plastic were manufactured in the Friedhold Fischer KG and cost 1,25M per piece. The company was incorporated in the VEB Spieleland in 1972 and reprivatized after the German reunification 1990.

Interestingly, Fort Laramie is an authentic place: The former trading post and frontier army post is located in Wyoming, USA and was founded in 1834. The Fort used to be a shelter for travelling settlers as well as the place where contracts between the US government and nearby living Native American tribes were signed.

The object of the month “Fort Laramie” at DDR Museum

The Fort Laramie is exhibited at the foyer of the DDR Museum's exhibition – together with our three diorama's and the special exhibition “My Trabi”. The entrance is free.

More inspirations in the objects database of the DDR Museum 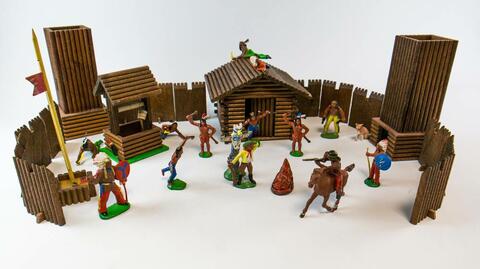 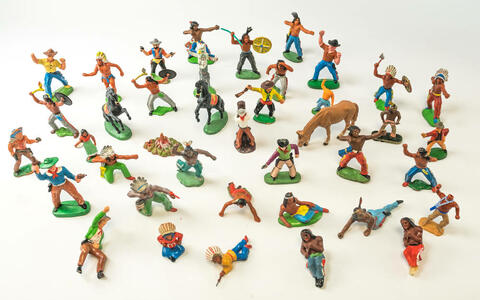 The cable remote controlled tank model of the »T-62«

The Head of Collections' 11 Favourites of the Collection Volume I