The journalist and expert for DDR product design Günter Höhne writes for the blog DDR Museum. This time he is taking a closer look at the KN 501. by Admin (3 Jul 2019) 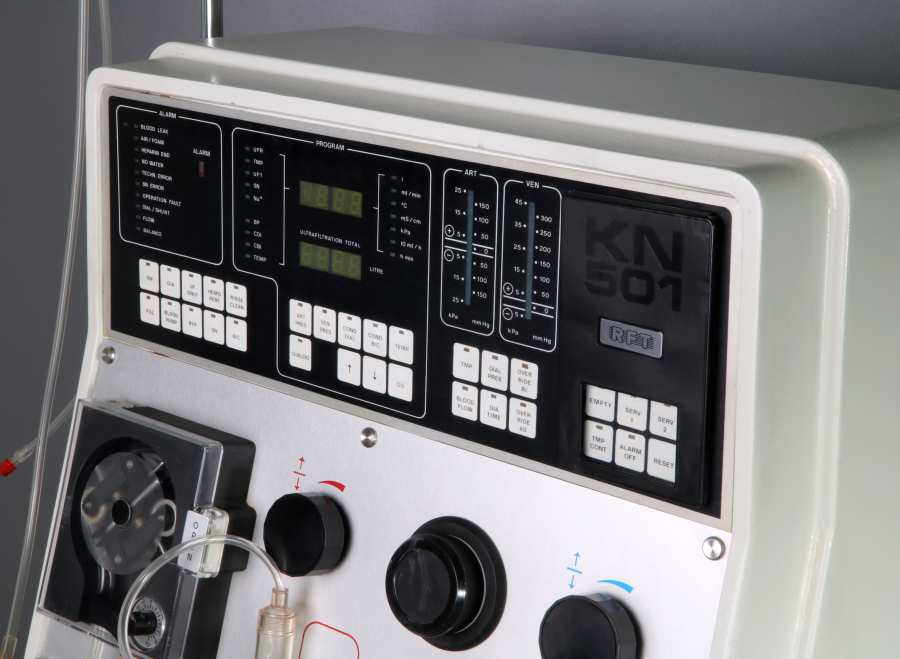 Despite its speedy development in the 19th and 20th century,  the awareness about the appearance of medical devices, that were being used on or even inside patients, rose rather late. Whether a dentist’s chair with dental instruments or devices for the production of x-rays – 50 years ago, often these instruments were terrifying rather than comforting. Patients must have felt at the mercy of those machines rather than being hopeful to be healed or being saved in moments of hardship. This changed quickly during the transition of the 1970s into the 1980s, also in the DDR.

New materials, among them plastics and metal alloys; the rising of electronics and miniaturization as well as improved and new treatment techniques called engineers, instructors and product designers into action. The center for the development of new medical-technical methods and devices of the DDR was the VEB Medizintechnik Leipzig with its affiliated research center in Dresden. Furthermore, one of the most important and venerable producers for new generations of devices had its headquarters in the Erz Mountains: The VEB Messgerätewerk Zwönitz. The company was better known among the population as a producer of the most common magnetic tape devices in the DDR under the brand Smaragd from the 1950s or BG 23 and BG 26 from the 1960s (both designed by the Berlin industrial designer Ekkehard Bartsch). 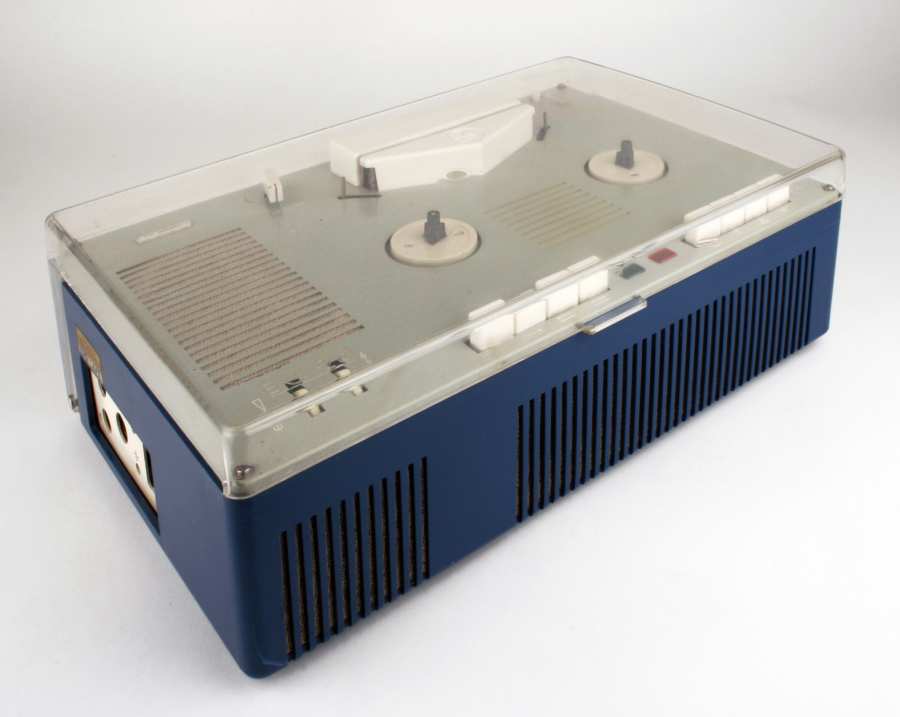 At all times, however, medical-technical innovations have been produced in the factory, such as the handy ECG device BEK-3 which was especially popular in rural medical centers and doctor’s offices as well as during rescue missions.

A heart for kidney patients: The KN 501

Around the year 1985, a revolutionary new development among the local dialysis devices made an appearance in Zwönitz: The KN 501. KN was an abbreviation for “Künstliche Niere” (= Artificial kidney) and was not only a sensation due to its technological realignment but also because of the manifold surprising and unique design. The highly modern technology with a plastic foil keyboard control panel was integrated into a case of polyurethane. The shell structure allowed performing service as well as repairing measures during a running dialysis session. The entire design was literally leaning towards the personnel and, most importantly, the patient herself: Instead of the until then internationally usual modular design consisting of strict and prismatic components, the KN 501 showed a harmonic and friendly overall appearance. This was the basic idea of the two designers: Dialysis patients, who had to undergo the procedure of blood exchange numerous times a week, shouldn’t be confronted with repellently edged, intimidating devices. They were supposed to be able to gain a bond of trust to the technical devices and the personnel on a visual basis. 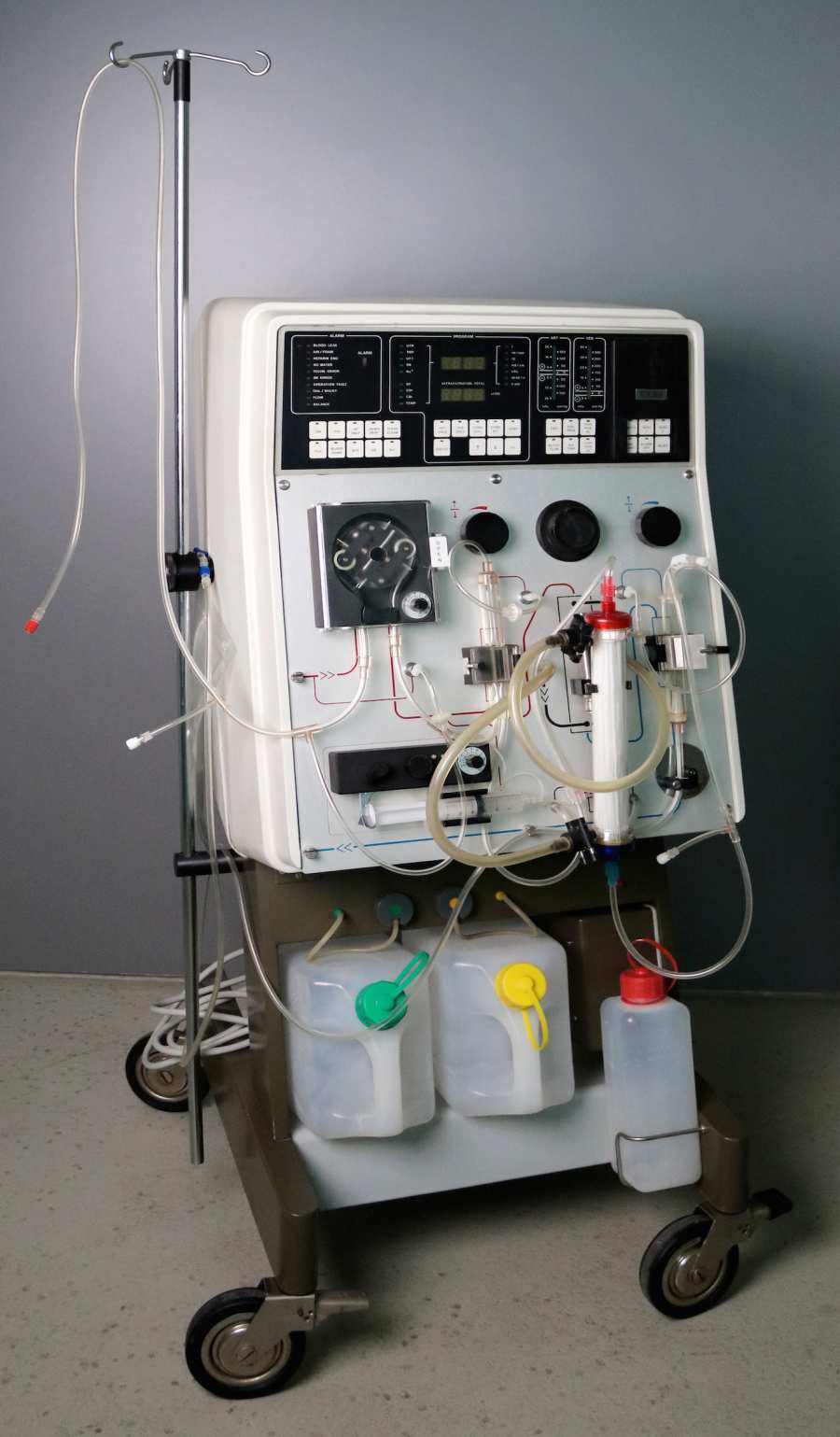 The Wende brought the end for the KN 501

The copy shown here derives from the Berlin design collection Höhne and has been given to the Deutsches Hygienemuseum in Dresden as a donation ten years ago.

Günter Höhne is the author of several books about DDR design such as “Penti, Erika und Bebo Sher”, “Wohnungen für alle: Vom Leben im Plattenbau” (Apartments for everyone: About life in prefabricated concrete buildings) and “Das große Lexikon: DDR-Design” (The Big encyclopedia: DDR Design). His books were published by Komet Verlag and can partly be purchased in our museum shop.

More Inspirations in the objects database of the DDR Museum: 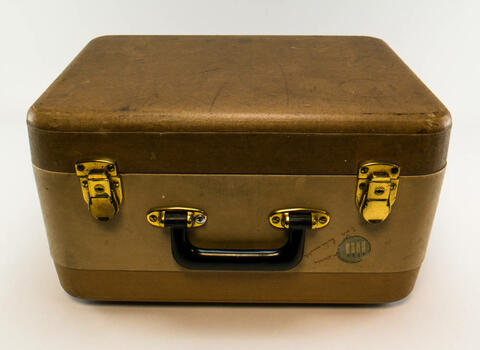