The journalist and expert for DDR product design, Günter Höhne, writes for the DDR Museum blog. In this article he is taking a closer look at the original stacking chair model 3101 and its COMEBACK. by Günter Höhne (29 Oct 2019) 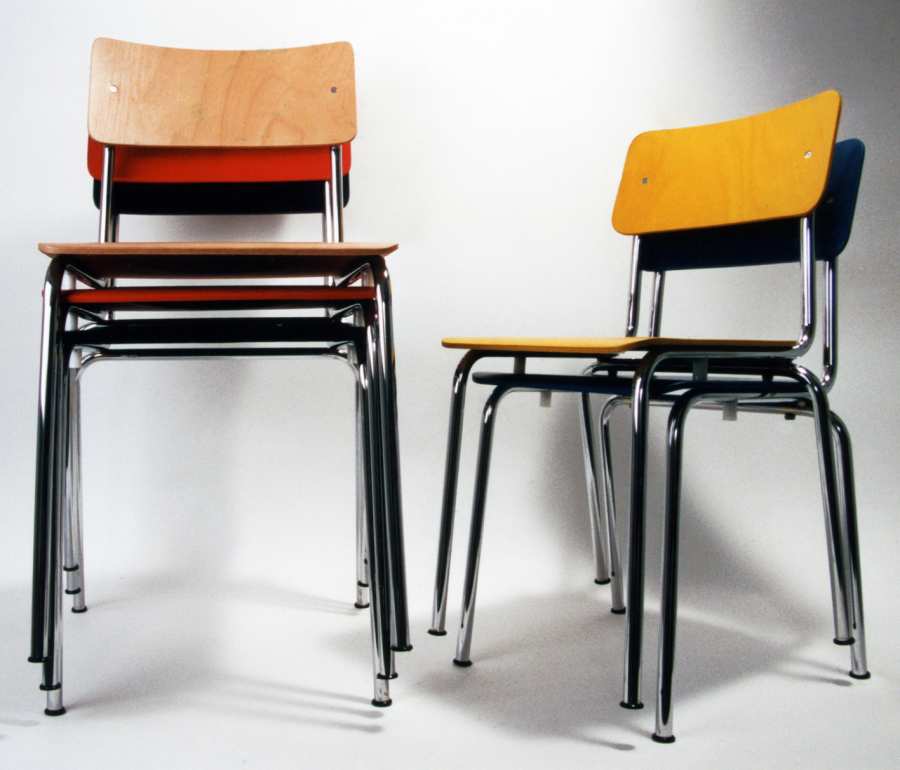 A DDR mass product and its COMEBACK in the FRG

The Bauhaus in Dessau (1926 – 1932) is considered the German cradle of the still continuing steel pipe furniture industry. The models from Dessau were mostly produced in Stendal, a place about 100 km down the Elbe river. From the 1950s on, metal chairs were increasingly moved into the world, but mostly, however, into the small DDR. They weren't as sensational as the ones from the former Bauhaus designers, indeed, but they were produced in quantities of which the former could have only dreamed of. The producer of the quadrupeds, which were starting to claim their place among the population in high numbers, was the same company, nationalized in 1945, now called VEB Stahl- und Industriemöbelwerke STIMA. Its moneyspinner was the steel pipe stacking chair „model 3103“ (that was its rather prosaic name), produced from 1959/1960 until the end of the DDR. 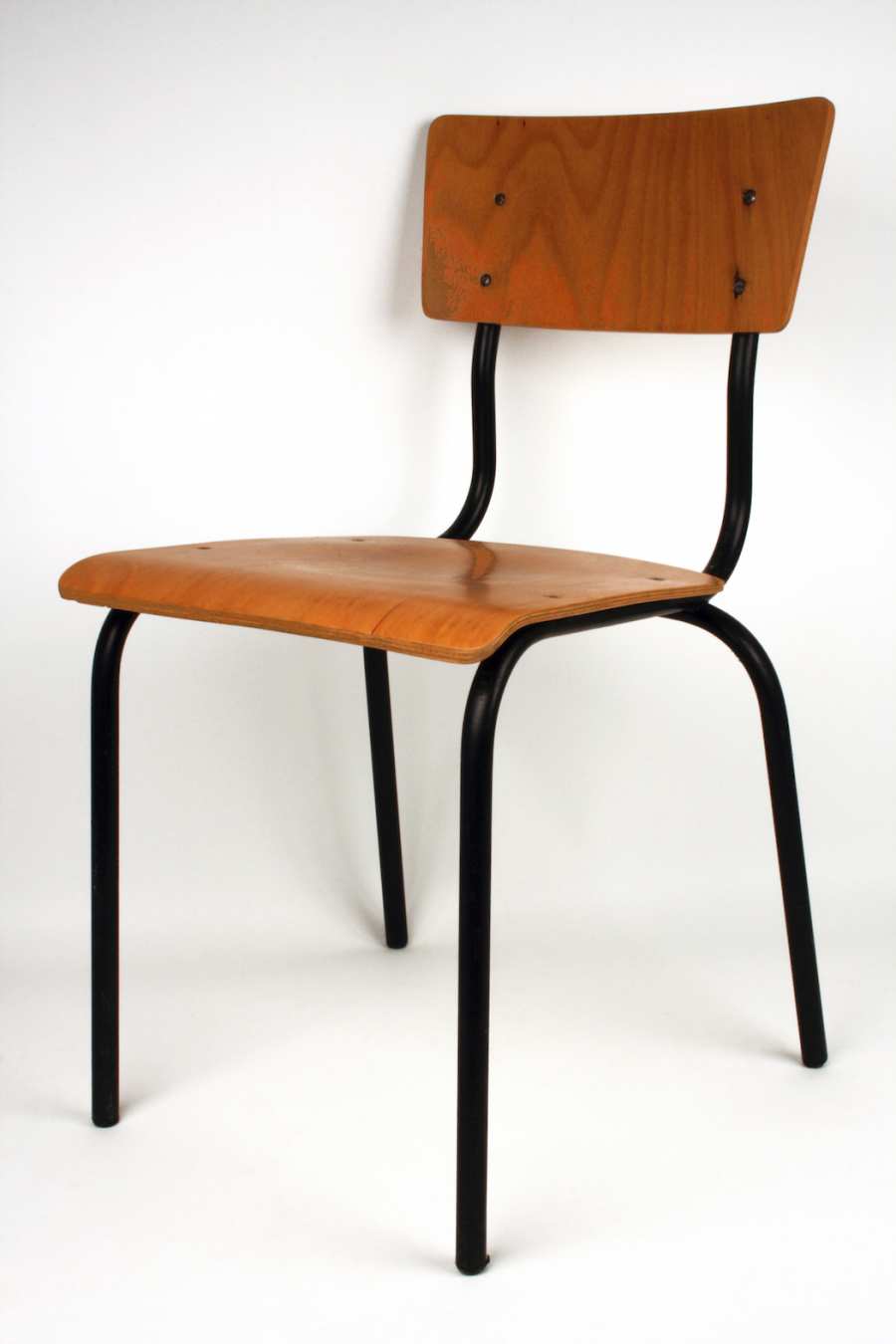 Fig.: DDR chair model 3101  with seat and back made of timber ©Günter Höhne 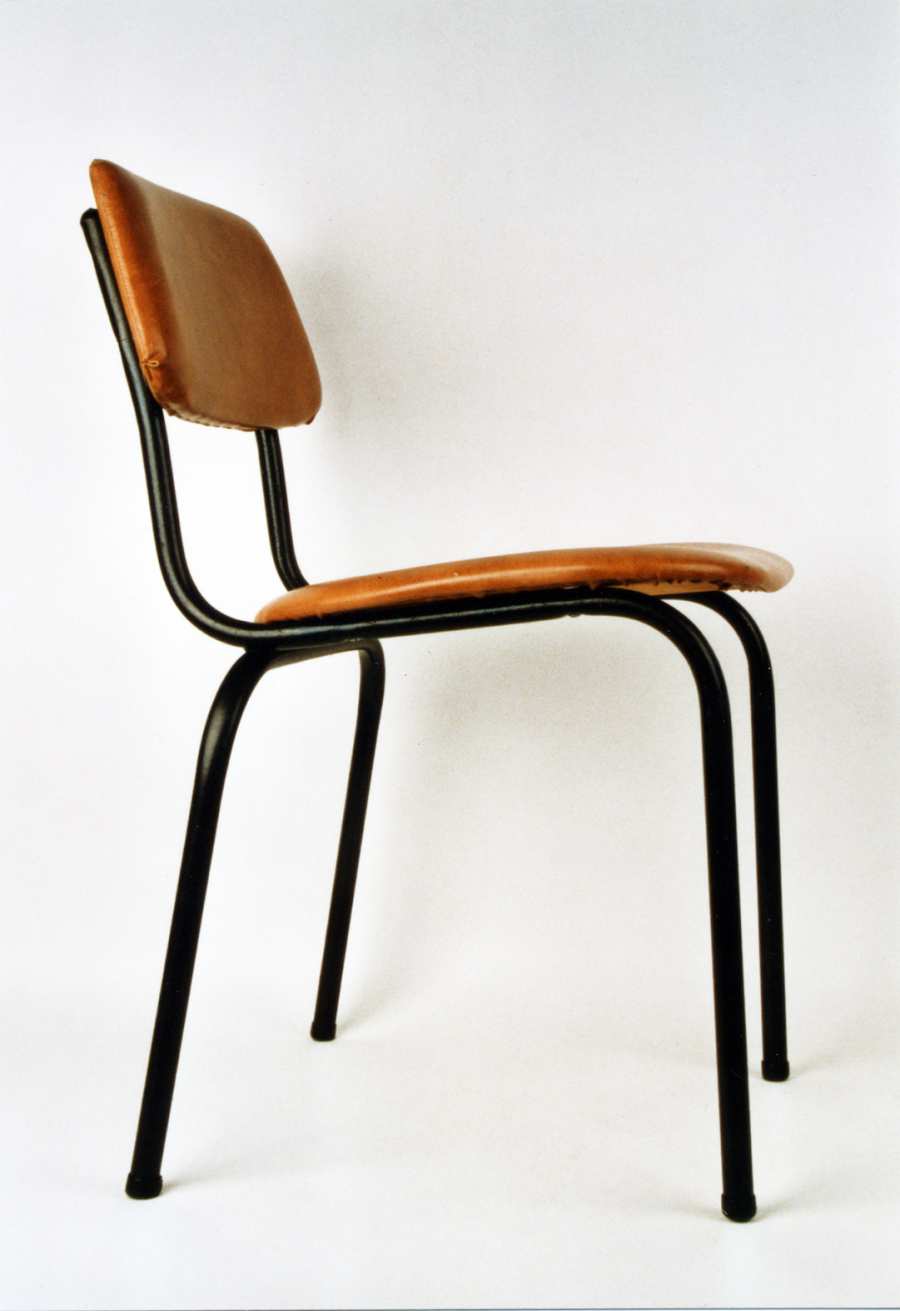 The model 3101 was not only produced in high numbers in Stendal, but also in other companies such as a factory belonging to the VEB Mansfeld Kombinat „Wilhelm Pieck“ in Eisleben under the not less poetic description „MSB 62“. Until 1990, 100.000 pieces a year were produced here in different variations: Wallboard-bottomed and with a back rest from the same material, or padded with either upholstery fabric, synthetic leather or a „washable soft sheeting“. The simply constructed frame (two S-shaped steel pipes on the left and right as well as a U-shaped one for the chair legs in the back) could be chrome-plated. This, however, only happened very rarely and the frame mostly got an „outfit“ coated in black or grey, often along with a not less dull plastic coating. The latter was especially well suited for being picked at and fiddled around with during boring work meetings, union or party conferences. In case the head was switched off, at least the hands had something to do.

An advertising brochure from the East-Berlin located „Zentraler Warenkontor Möbel – Kulturwaren – Sportartikel“ (German for „Central branch office for furniture, cultural and sporting goods“) from 1982 promised that this „functional basic piece of furniture“ fulfilled „all requirements for seating furniture in cafeterias, restaurants, common rooms, waiting rooms and others.“ The Stendal workforce had their very own phrase for the product: „army chair“. Accordingly, the National People's Army was most probably the biggest „demand carrier of society“ for the model 3101. 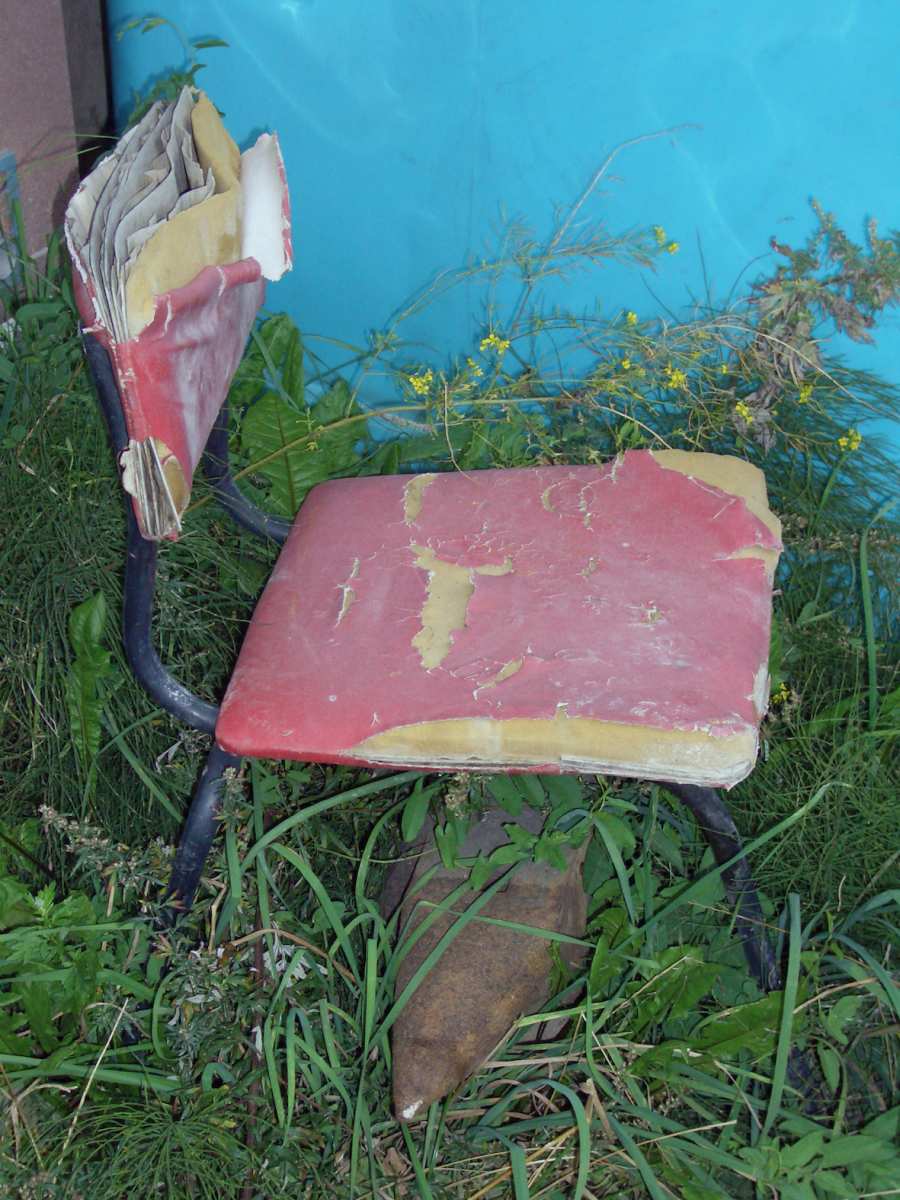 Everyone was quite surprised and happy when, after the German reunification, the former West-German company L & C Arnold overtook the factory and chose no other than this model for its marketing. With the help of a respectful and thorough redesign, it was now characterized by an unexpected elegance – as well as a fitting new name: COMEBACK.

With this new appearance, the versatile chair was highly sought after, even in the USA, and can be bought until today. I only met it recently: In the hall of the new Bauhaus Museum in Weimar. 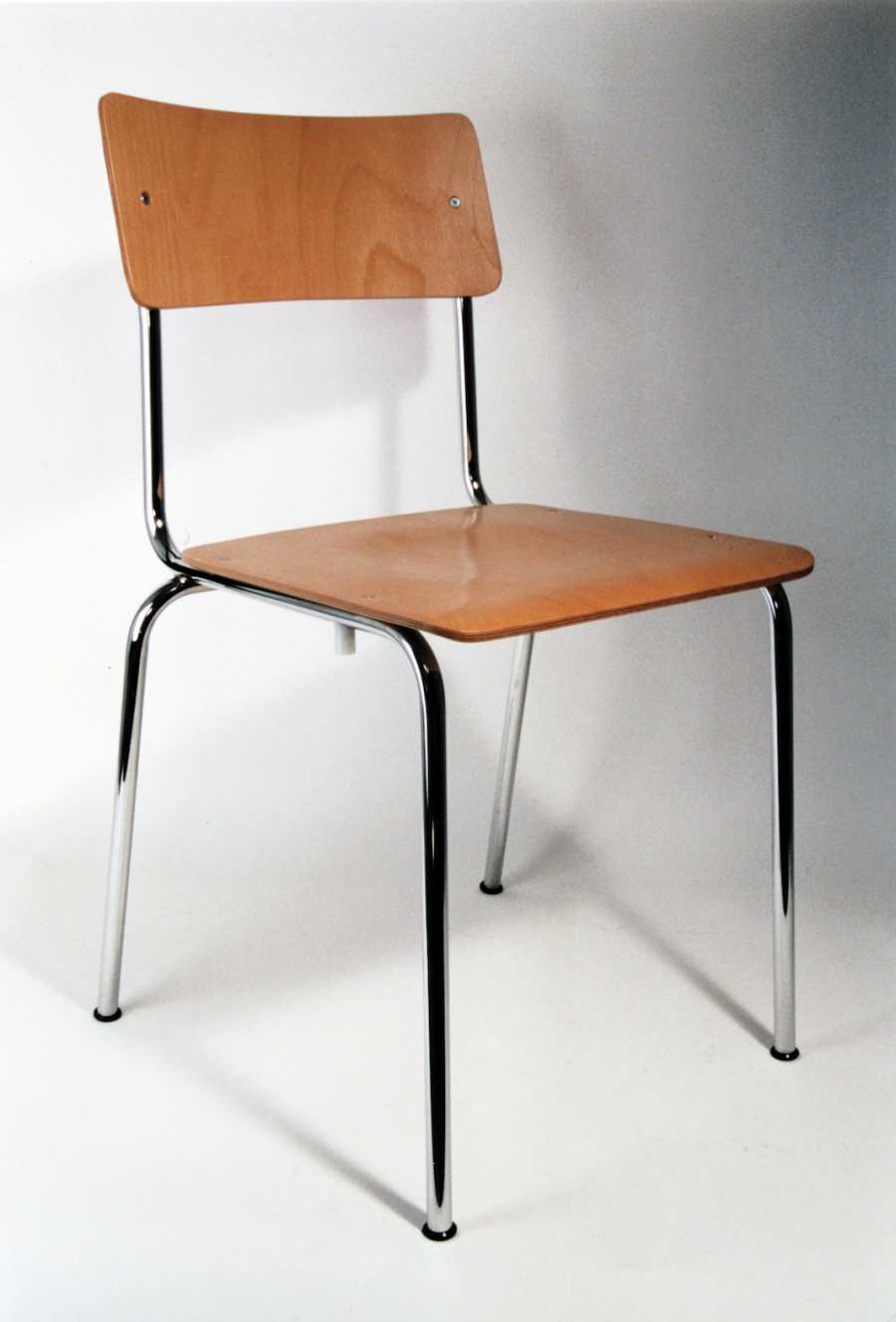 Werk Stima in Stendal – a company with a tradition

The company is looking back on a long and meaningful tradition. It was founded by Louis and Carl Arnold in 1871 in the town of Schorndorf, part of the district of Baden-Württemberg, a branch in Stendal was opened in 1989. With its 1400 employees, the company was the largest steel pipe factory in Europe already in the 1920s. In the 1930s, the factory in Stendal made a name for itself with Bauhaus furniture and kept on existing under the name Stima after 1945. In the DDR, it produced mainly chairs which were present in the entire country. Since 1990, Bauhaus classics are being produced again.

Chairs in DDR-design in the DDR Museum's collection 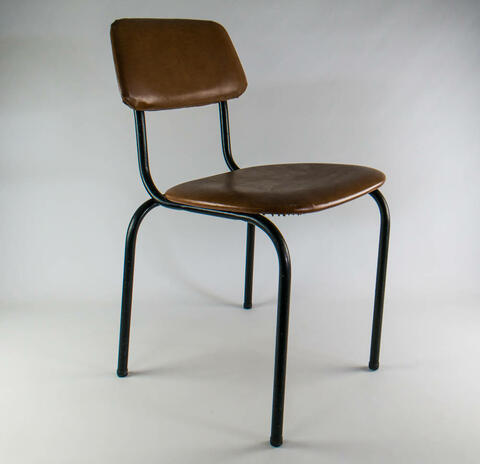 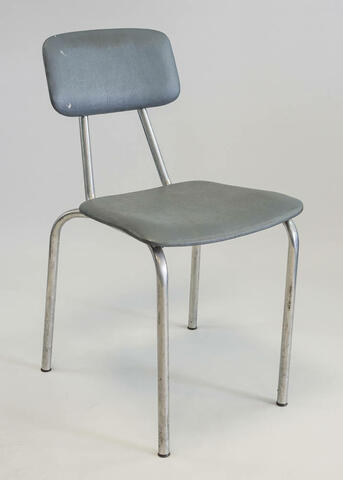 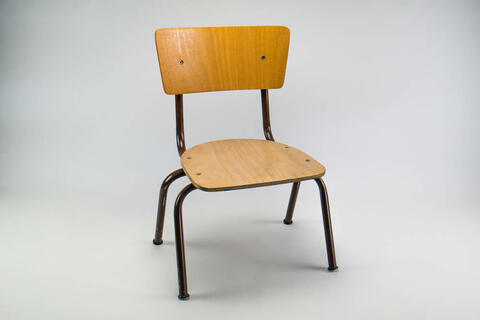 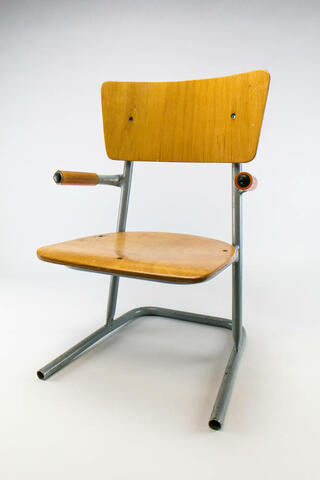