The DDR offered a wide range of toys that often contained an educational aspect in addition to the playful aspect. Particularly included are toys that were intended to familiarise boys in particular with their later service in the army, such as the toy tank »T-62«. by Vanessa Jasmin Lemke (28 Apr 2016)

In the mid-1960s, about 500 factories in the DDR, about half of which were private and most of which were located in Saxony and Thuringia, produced toys for the domestic market, but also for export. Within the countries of the Council for Mutual Economic Assistance, the Republic became the largest toy manufacturer, whose products were also in demand in Western countries. In addition to the fun of playing, special attention was paid to pedagogical and educational functions. For example, boys in particular were to be familiarised with later service in the National People's Army (NVA) at an early age with the help of military toys.

War toys in the DDR

After the end of the Second World War, military toys were frowned upon in all occupation zones. This did not change at first, despite the DDR building up its own armed forces from 1952 onwards. From the beginning of the 1960s, some companies produced war equipment of all types in miniature format, which were distributed in kindergartens, among other places. The state wanted to get people excited about building socialism and defending it, so that even children were familiarised with their later rights and duties. Military toys such as the model of the »T-62« tank were ideally suited for preparing children for service in the NVA – the 18-month compulsory military service was intended for men between 18 and 26. Originally, the »T-62« was developed in the Soviet Union in the late 1950s and later delivered to many countries of the so-called Eastern Bloc. However, it was never used in the National People's Army.

Parents' complaints about the military toys did not go unheeded, however. In the 1980s, independent peace groups eventually took up the issue and organised exchange campaigns within the church, where the models could be exchanged for other toys. 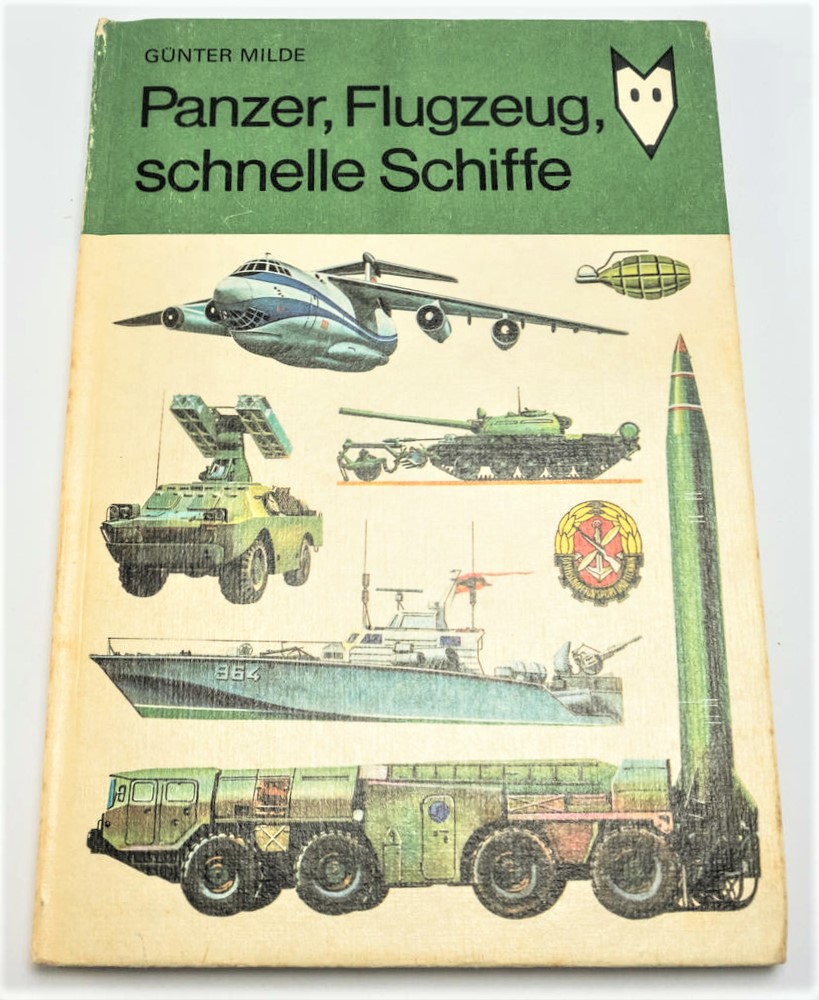 Prototype, construction and functions of the »T-62« toy tank

The toy tank »T-62« made of plastic with rubber tracks on a scale of 1:25 was driven by an electric motor which was mounted on a sheet metal housing. The drive to the right and to the left was controlled by a sliding drive shaft. A 4.5 V block battery was inserted into the cable remote control and then it was possible to play.

According to the Soviet model, the toy was decorated in camouflage green with a Soviet stars on each side. The turret is designed close to the original and can be rotated 360 degrees. At the rear there is an aerial, a long-range viewer and two petrol barrels. The turret hatch can be opened and equipped with a small figure.

The enclosed booklet notes which energy source is to be used. A general instruction manual with a workshop directory rounds off the information provided.

From today's point of view, the use of military toys is seen quite critically, however, military toys are to be seen in the context of the respective time and were quite common throughout Europe in the course of the 20th century. Even today, there are still many toys with a military context. 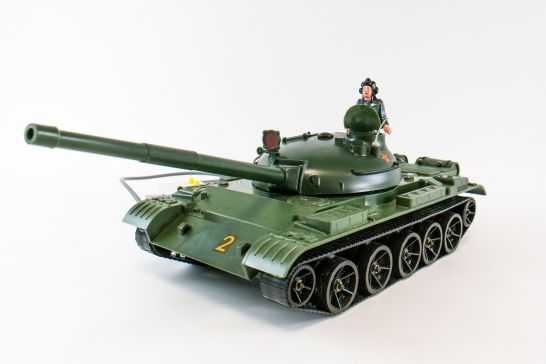 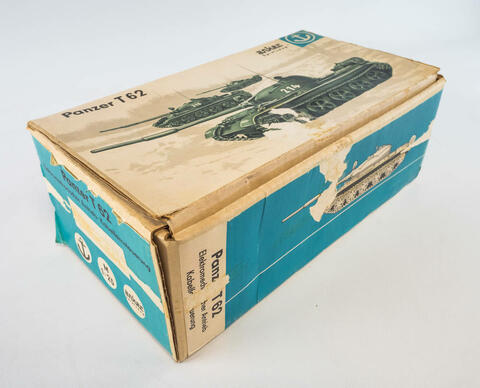 Further toy tanks in the collection of the DDR Museum: 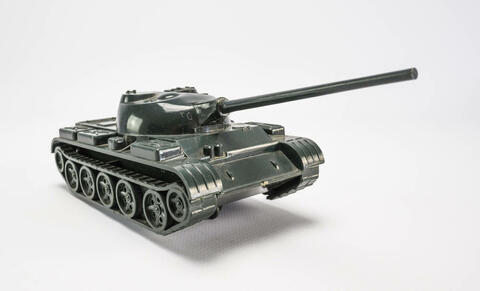 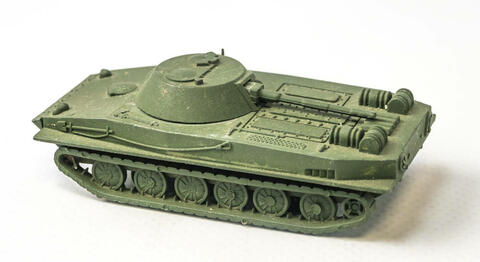 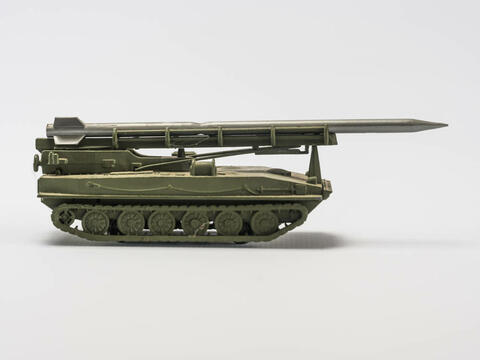 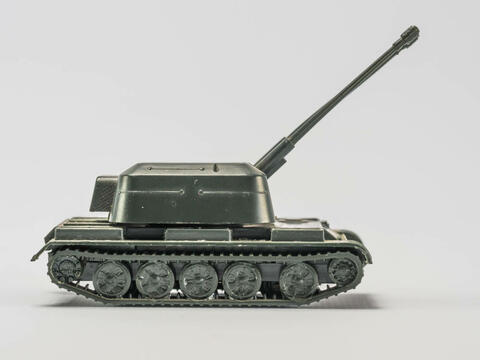 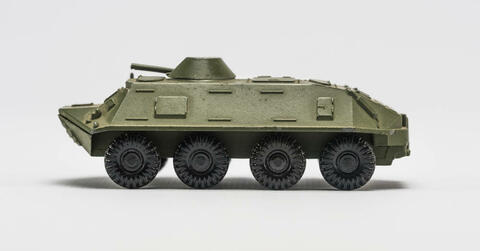 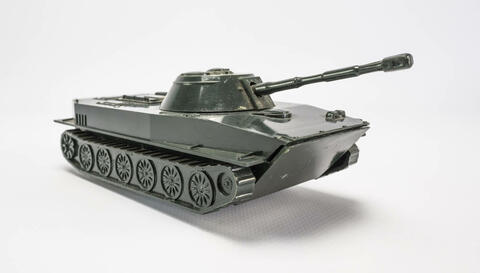