On 4 February 1956, Deutsche Lufthansa opened its scheduled flight operations on the route between East Berlin and Warsaw. Two years later, the airline Interflug was founded. Our collection contains numerous objects from the 33 years of Interflug. by Jörn Kleinhardt (4 Feb 2021)

The beginnings of GDR air traffic

In the 1950s, the importance of civil aviation increased worldwide. The reasons for this were the technical development in aircraft construction, economic cooperation across national borders and the aroused desire of the population to travel. In the GDR, too, the importance of civil aviation was recognised and the Council of Ministers commissioned the formation of the GDR's first German airline. After long negotiations and consultations with the Soviet occupying power, the following decision was published on 28 April 1955 by the Presidium of the Council of Ministers of the DDR: »In order to carry out civilian passenger and cargo air traffic, Deutsche Lufthansa is to be founded with effect from 1 May 1955. Deutsche Lufthansa shall be subordinate to the Ministry of the Interior.« On 1 July of the same year, the Council of Ministers appointed the company's first management; the main director in the early years was Arthur Pieck, the son of the incumbent President of the GDR, Wilhelm Pieck. The first official flight to Moscow took place on 16 September 1955. A few months later, on 4 February 1956, Lufthansa opened scheduled flight operations on the Berlin-Warsaw route.

In the beginning, Lufthansa only provided the ground staff; aircraft including pilots and on-board personnel came exclusively from the Soviet Union. It was not until 1956 that aircraft of the type »Ilyushin IL-14« were purchased from the Soviet Union and pilots were trained independently. The first actual scheduled German flight between Berlin and Moscow was carried out by pilot Gerhard Frieß on 13 March 1957. 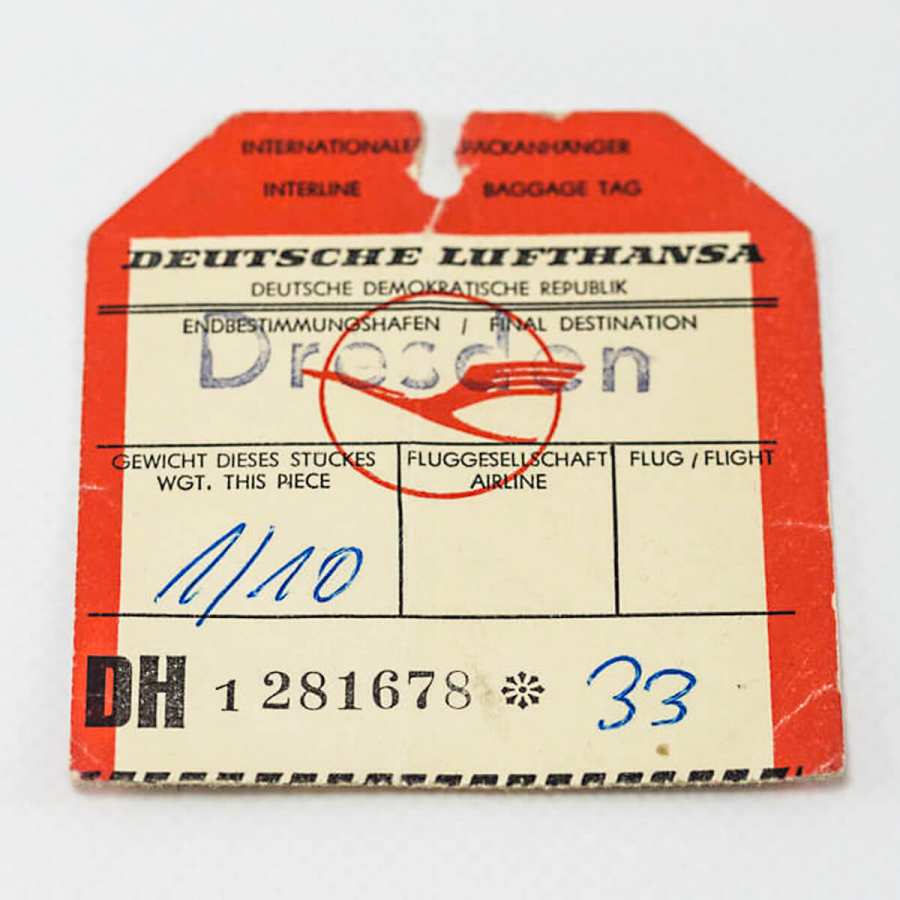 From Deutsche Lufthansa to Interflug

Since a West German Lufthansa also existed and a legal dispute over brand names and logos was brewing, a second airline, the »Interflug Gesellschaft für internationalen Flugverkehr mit beschränkter Haftung« (Limited liability company for international air traffic), was founded as early as 8 September 1958. After several legal processes over the use of the name and logo, Deutsche Lufthansa was liquidated in the GDR in 1963 and the existing flight operations were continued by Interflug. In addition to regular commercial flights, other divisions such as agricultural flights, aerial photography and flight safety were united under the brand »Interflug«. 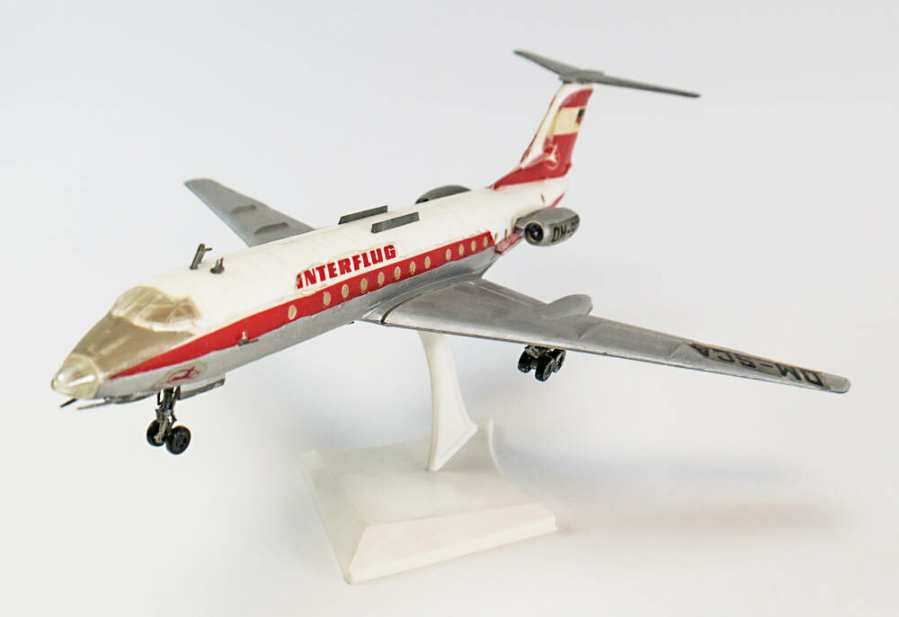 The operation of these jet-powered Soviet aircraft types became increasingly unprofitable due to steadily rising oil prices from the mid-1970s onwards, forcing the operators of Interflug to rethink. As the Soviet aviation industry was unable to provide better aircraft in the 1980s, three Airbus A310 planes were acquired in 1989. In contrast to the Soviet models, these again enabled more economical operation, offered more comfort for passengers and corresponded to the current state of aviation technology. It was not until 11 August 1989 that the first regular domestic connection between Leipzig and Düsseldorf was added to the route network.

The turbulent developments surrounding the reunification of Germany did not stop at Interflug. In 1989, Interflug's »commercial flight« division had 40 planes, of which only the three leased Airbus ones were economically viable. Numerous restrictions in the route network and a lack of capacity utilisation on the flights meant that Interflug was unable to hold its own on the international market. On 31 April 1991, an aged »TU-134« completed the company's last scheduled flight between Berlin and Vienna. After that, the company was liquidated, numerous employees lost their jobs and the existing fleet was largely sold.

Our collection contains numerous historical objects of Interflug. In addition to route maps from various decades, we also have photographs, postcards, airline tickets and caricatures on the subject. The model of the »TU-134« in the Interflug colours stands out as a real eye-catcher. Of course, our collection also includes numerous classic merchandise items such as refreshment towels, playing cards, towels, socks or advertising brochures. We show a selection of the exhibits in the right-hand column of this article. 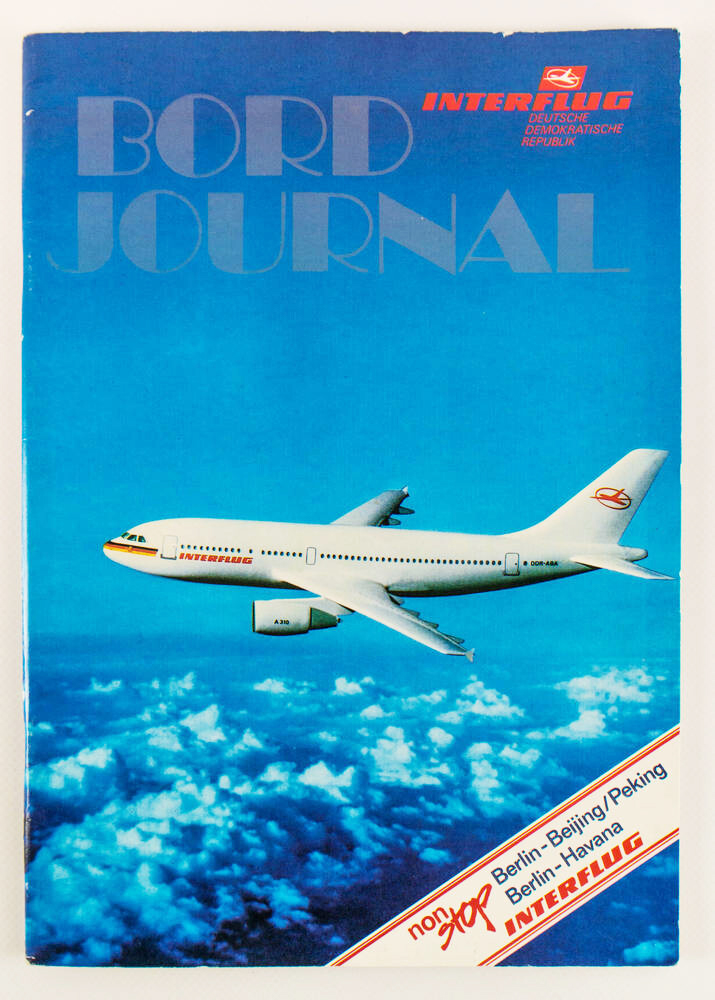 Editor's note: This article first appeared on our blog on 4 February 2016.

More objects around Interflug in the object database 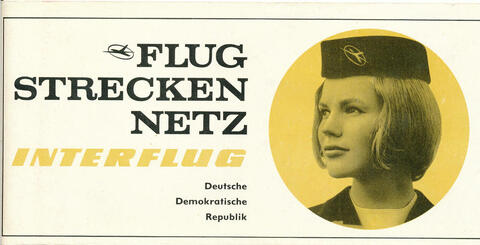 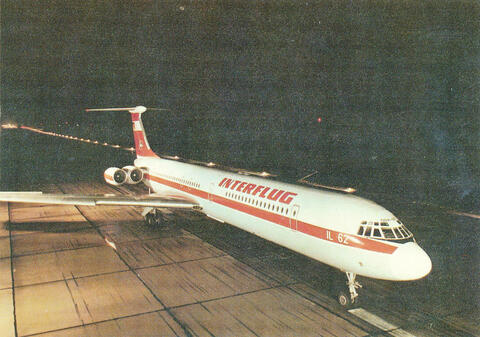 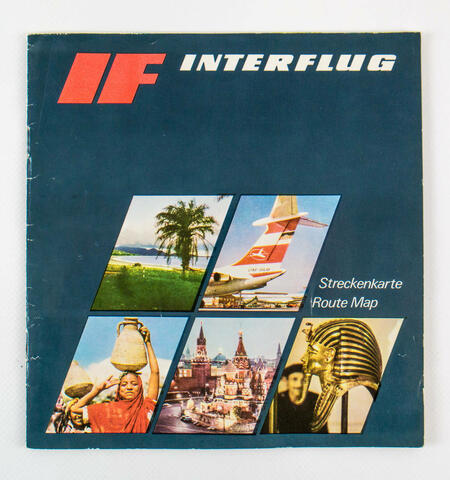