An idea from France

Its adorned with a big zero, nevertheless everyone wants a copy. The Zero-Euro-Banknote has arrived in the DDR Museum. But how did it come about? By Nina Krasemann. (03.07.2017)

The souvenir bank note, which was developed with the European Central Bank, has already been commissioned by numerous European institutions. The idea for the banknote arose in France in 2015, after the predecessor of this souvenir, a commemorative medal, proved to be a success. Initially the banknote was only produced and sold in France. However thanks to it its incredible similarity to a real bank note, the Zero-Euro-Banknote has enjoyed much success and has found approval not just amongst French citizens. Tourists and visitors from other European countries have also acquired a liking for them. As a result of this the sale of these banknotes has extended to more countries, whereby the reverse of the banknote has changed. Only French sights were portrayed before, now sights from other European countries are found on the notes. Increasingly more German cultural institutions offer their own personalized series of the Zero-Euro-Banknote. For a few days this note has also been available in the design of the DDR Museum. How did this come about?

Marx on the Euro

The producer of the souvenir banknote approached the DDR Museum in February and the director pitched the idea of our own Zero-Euro-Banknote to our operations manager, Romy Fischer. Upon that she made her way to France, the country of origin of these special banknotes, and observed the phenomenon on site at various French institutions. Despite the huge success in France, the idea was at first dismissed. A year later it was decided to indeed try the bank note out and considerations were made as to how it should look. It was to look authentic, attractive and obviously it was to be related to the DDR. Karl Marx was chosen as the central motif, following the style of the hundred Mark banknote of the DDR. A depiction of the Berlin wall could also not be left out. The World Clock, the Television Tower, and the coat of the arms of the DDR complete the picture. When the final design was agreed upon, the banknote was commissioned and the manufacturing process began. Despite delay in the manufacturing process, 10,000 exemplars of the note were finally received. All that is good is worth waiting for!

The DDR Museum also has its own series of the Zero-Euro-Banknote! The banknotes can be acquired from the museum shop for 2€ each. 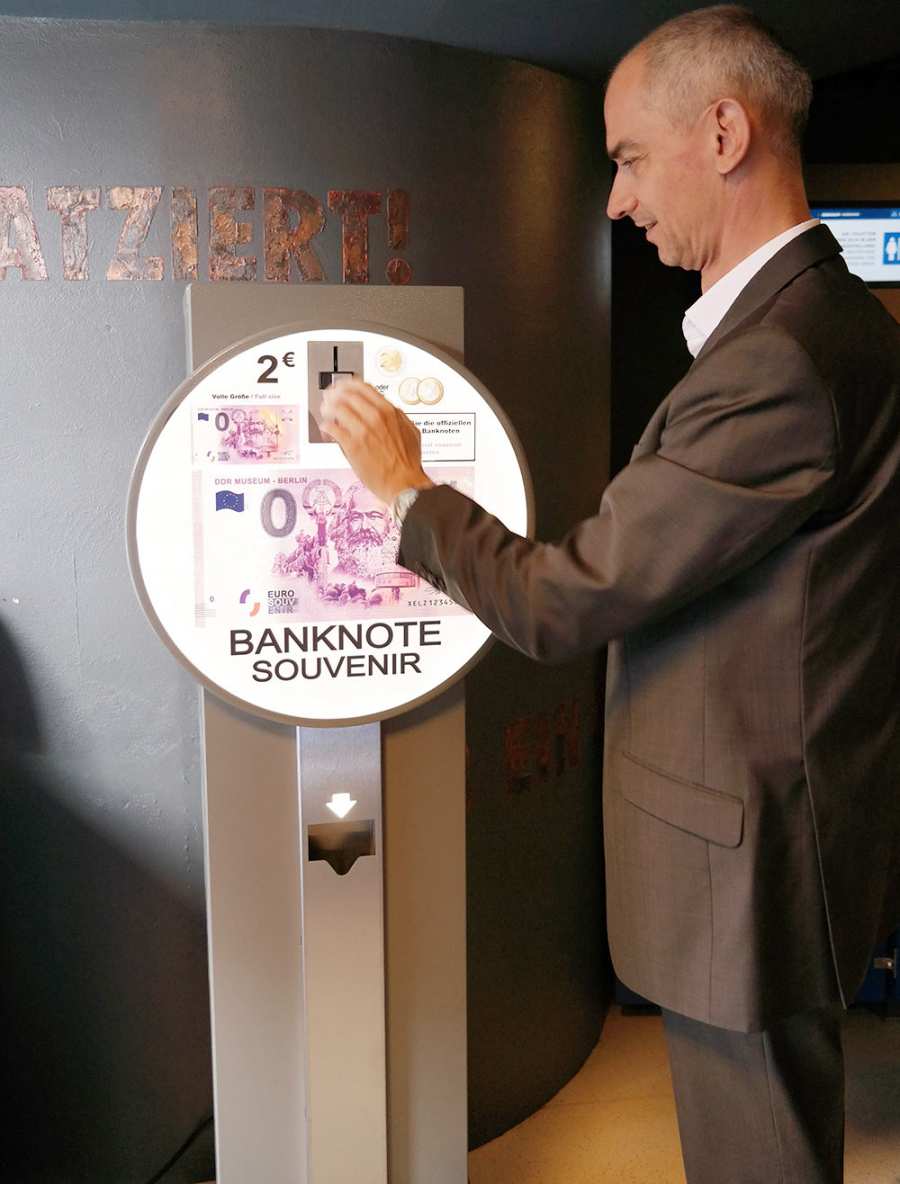