A few weeks ago I presented here the book “Beyond the Wall. Art and Artifacts from the GDR”. The book was published by the Wende Museum in LA and so I started some research. I want to know what a museum this is that so far away from Germany and the Eastern bloc deals with the artifacts and the history of these countries.
by Admin (11 Feb 2015)

A few weeks ago I presented here the book “Beyond the Wall. Art and Artifacts from the GDR”. The book was published by the Wende Museum in LA and so I started some research. I want to know what a museum this is that so far away from Germany and the Eastern bloc deals with the artifacts and the history of these countries.

The museum was founded by Justinian Jampol, a scholar of European History, and he wants to preserve Cold War artifacts and histories of Cold War-era in Eastern Europe and the Soviet Union. He collects what other people want to trash or to cash off. Jampol began to collect in the mid-1990s after a visit in Berlin.

The name “Wende” is indeed a good choice. The museum itself explains the name on its’ homepage: “"Wende," a German word meaning "turning point," refers to the collapse of communist East Germany in 1989 and the creation of a reunified German state a year later. The term more broadly represents the end of Soviet communism and the beginning of a new epoch in Eastern Europe and Soviet Bloc countries, an era marked by political changes with profound social and cultural consequences. In many ways, the “Wende” continues, making it an ideal name for a museum devoted to the Cold War-era and its present and future ramifications.”

Meanwhile the museum has a collection of more than 100.000 items and so it is the biggest collection of artifacts of the GDR everyday culture beyond Germany. Aided by the Arcadia Fund, which wants to prohibit loss of remembrance, the museum continuously extends its’ collection. 5 employees are constantly on the way through the former Eastern bloc to collect artifacts.

The question why such a museum was opened so far away from the place of interest is answered on the homepage of the Wende Museum: “Examining the history of Eastern Europe and the Soviet Union can be fraught with political and personal bias, and the complex, often contradictory stories that underlie the Museum’s artifacts may provoke uncomfortable questions. The Museum’s location in Los Angeles provides independence and critical distance from current political debates in Europe, and also facilitates the questioning of preconceived ideas about our past and present. Moreover, the Museum’s physical remoteness from Central and Eastern Europe has enabled it to attract significant artifacts and collections that might otherwise have been destroyed as a result of emotional and political reactions.”

On the homepage you can also find photos of some artifacts and some videos of historical witnesses or regarding other topics. You can learn there something about the projects and programs of the museum and about its history, too. Nevertheless you can participate.

The museum is open to the public by appointment only from Monday to Thursday from 10am to 5pm. Without appointment you can visit it on Friday from 11am to 5pm. Tours of the Museum’s vault are offered every Friday at 11.30am and 2pm. Admission is free. Groups with more than 10 people have to make an appointment.

Someday, when I have enough money and time, I want to visit the Wende Museum in Los Angeles, and then I also want to look at the original parts of the Berlin Wall in LA that Justinian Jampol brought there for celebrating the 20th anniversary of the fall of the Berlin Wall. They’re already an important symbol in the city. For example the Korean community takes wedding photos in front of the Wall parts to protest against the division of their own homeland. 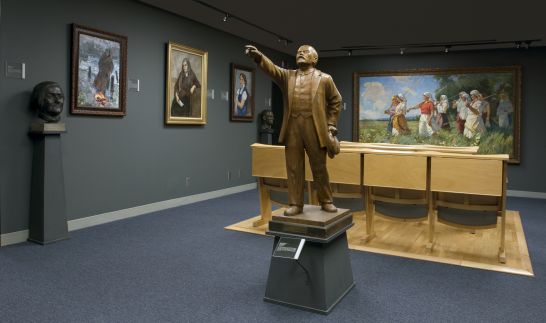 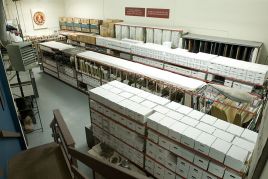