The object of the month August is the 1930 by Maxim Gorky established magazine “UdSSR im Bau” which, in 1950, was renamed “Sowjetunion“. Well preserved issues are rare and constitute a highly informative historical primary source. by Admin (21 Aug 2019) 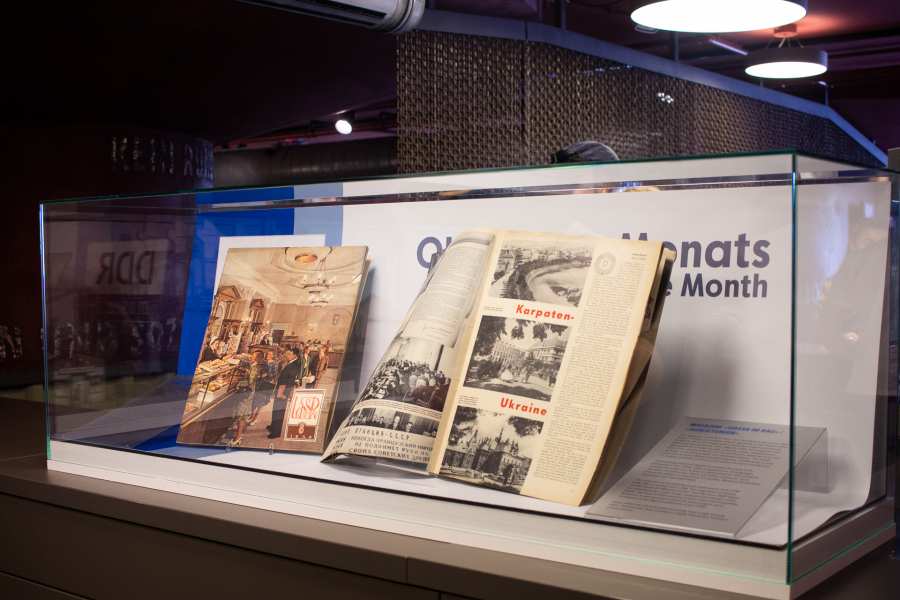 The magazine „UdSSR im Bau“ was founded by the Russian author Maxim Gorky in 1930 and contains articles about life in the Soviet Union as well as about its foreign policy which are in parts verbalized quite propagandistically. Since March 1950, the magazine had been published in high quality under the name “Sowjetunion“. One of the striking features of the publication are its dimensions of 30cm x 39cm which were perfect for large-scale photographs as well as extensive articles. The photos of people, buildings and landscapes were delivered by the Moscow-based photo agency “Sojusfoto”. The target audience of the magazine included Western businesspeople, intellectuals as well as leading members of Communist parties.

Until the end of production in 1991, the “UdSSR im Bau“ / “Sowjetunion“ had been published on a monthly basis. The magazine reached the peak of its popularity in the 1970s, when it was published appeared in 19 languages (among them German, Japanese and Arabic) in approximately 160 countries. The total circulation was about 1,6 Mio. copies per issue. Among the editors-in-chief were El Lissitzky, Warwara Fjodorowna Stepanowa as well as John Heartfield. The most well-known reader was Joseph Stalin. 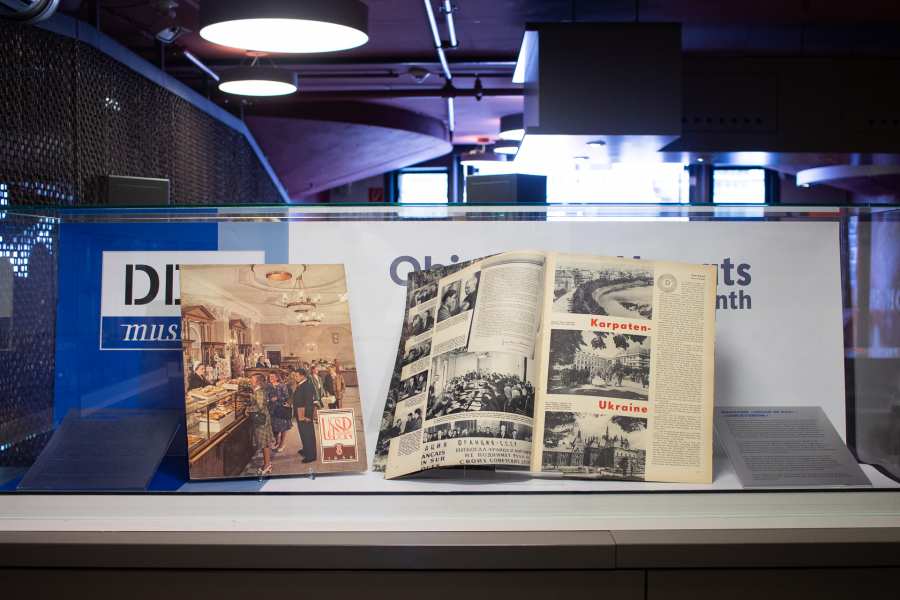 There are issues from 1949 until 1953 as well as from 1958 in the collection of the DDR Museum. The magazines that are being displayed until September 2019 at the foyer of the DDR Museum are the issues 8/1949 and 5/1950. The title from 1949 shows the administrative center of the confectionery industry of the USSR in Moscow. The issue 5/1950 contains articles about the Carpathian Ruthenia, as well as reports about all-metal wagons, wetland areas near the small town Irpin in Ukraine, aviation and water sports and a conference of the highest politicians of the USSR. 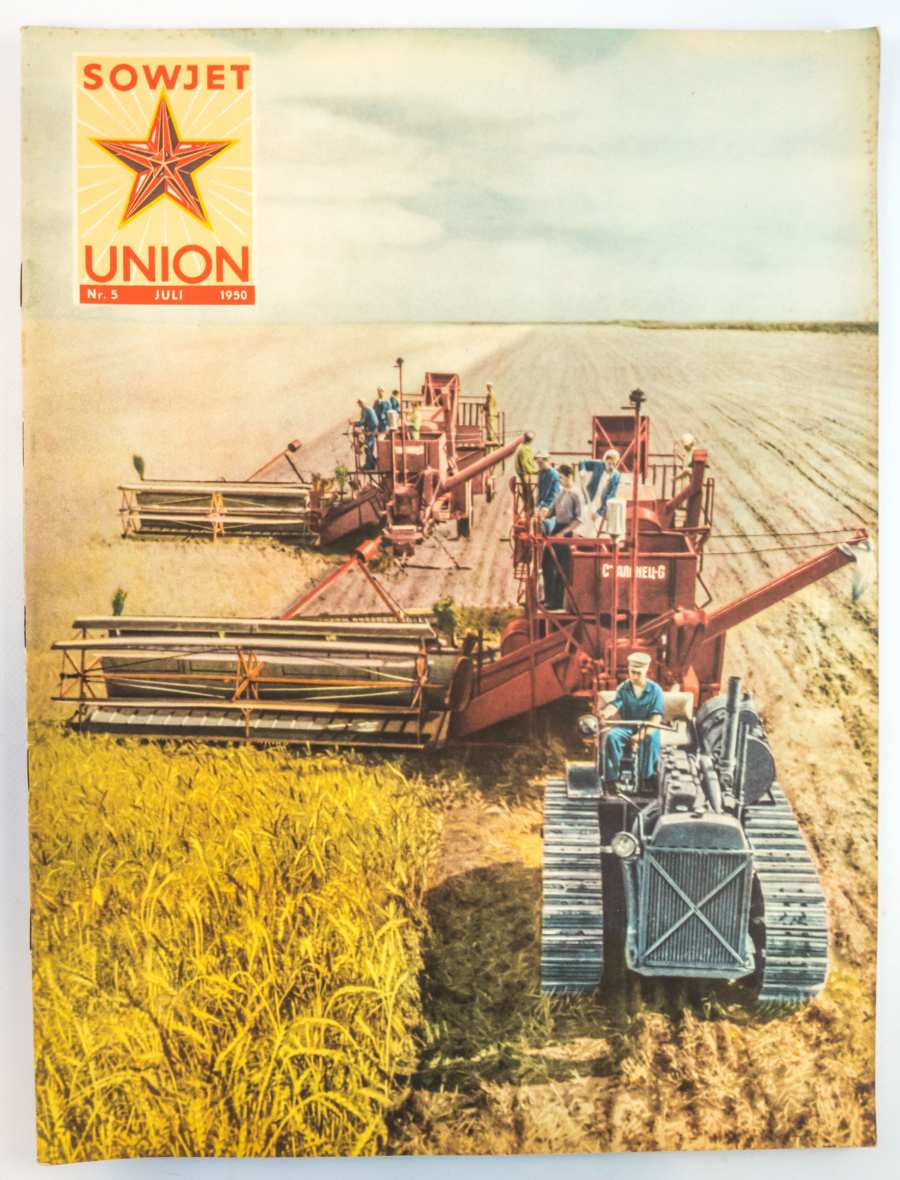 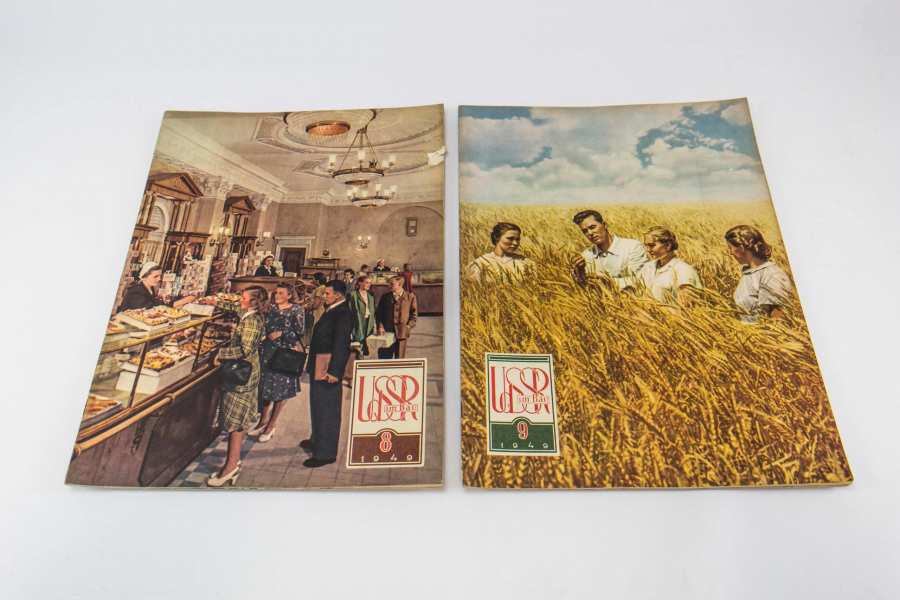 More issues at the objects database of the DDR Museum 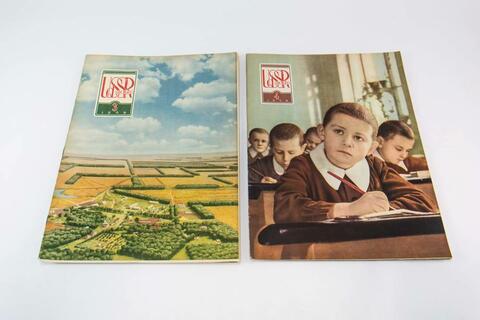 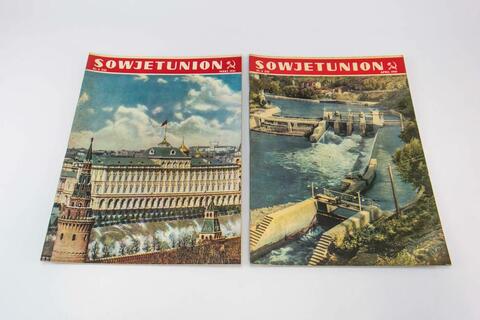 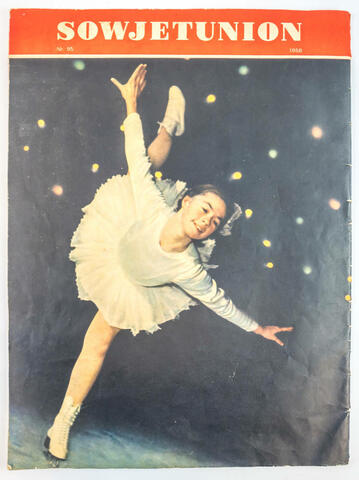