The subject »Heimatkunde« was taught at schools in the GDR from years 2 to 5 and was intended to educate children on local history. However, the term was not an invention of the GDR. In this article, you can find out about what was taught in local history classes in the GDR. We also show you textbooks and exercise books from our collection. (22 Apr 2022)

From school years 2 to 5, children in the GDR were taught »Heimatkunde« (local history). The term had already been widely used in the 19th century for general education lessons for younger pupils, and the subject was also continued, almost unchanged in content, during the Weimar Republic and the National Socialist era. Following the division of Germany, »Heimatkunde« became part of the curriculum in both East and West Germany. In the GDR it was taught until 1989, while in the Federal Republic of Germany it was replaced by »Sachkunde« (general knowledge lessons) from the 1960s onwards.

What exactly was Heimatkunde about?

The name of the subject already suggests that it was an introduction to social life and knowledge of local nature. Divided into these categories, years 2 and 3 were mainly introduced to the local social system and some basic historical facts. Later, more emphasis was placed on scientific and natural science knowledge. Thus, local history lessons in years 4 and 5 were supposed to prepare pupils for the subjects biology, geography and history that followed from year 6 onwards. 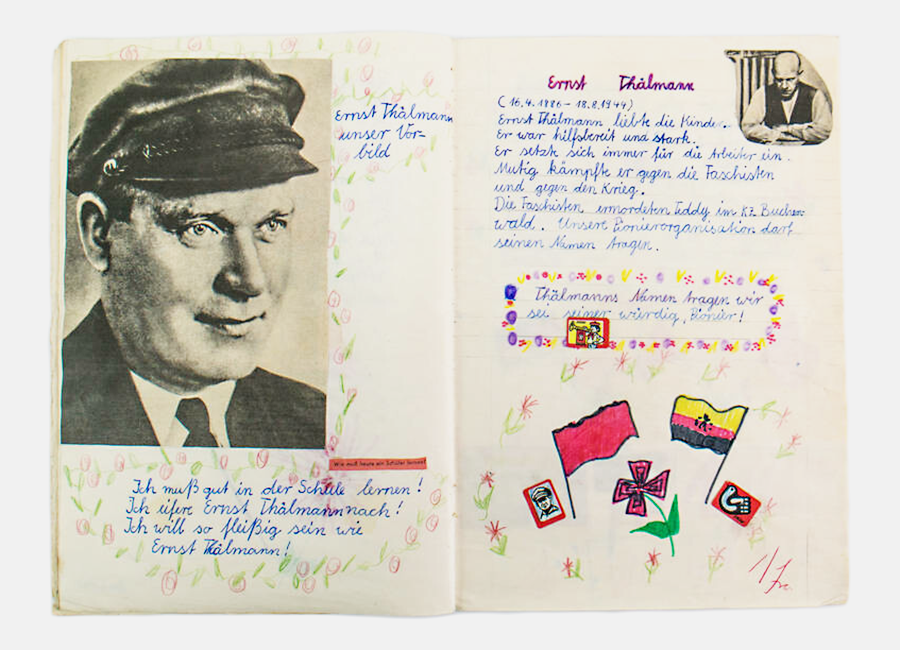 Schoolchildren’s local history notebooks were mostly very colourful, full of illustrations and cut-out pictures. In our collection, we have various exercise books from several year groups. When comparing the notebooks, we can see that the curricula were identical within the different districts of the GDR. So it doesn't matter whether we open a year 2 booklet from Cottbus, Berlin or Rostock - the content is almost identical. The state is written down at the beginning of each book. The youngest pupils learn about the national coat of arms and the flag in the national colours. Then they learn about their respective hometown and the corresponding district. Of course, the pioneer organisation, celebrations and commemoration days such as 1 May, International Women's Day or Liberation Day also play a role. Several pages are dedicated to Ernst Thälmann, who gave his name to the pioneer organisation, and the National People's Army is also mentioned several times. With these ideological aspects covered, the domestic flora and fauna, correct behaviour for road safety, hygiene tips and other things important for children, such as correct behaviour when bathing or descriptions and drawings of their own pets, are dealt with. 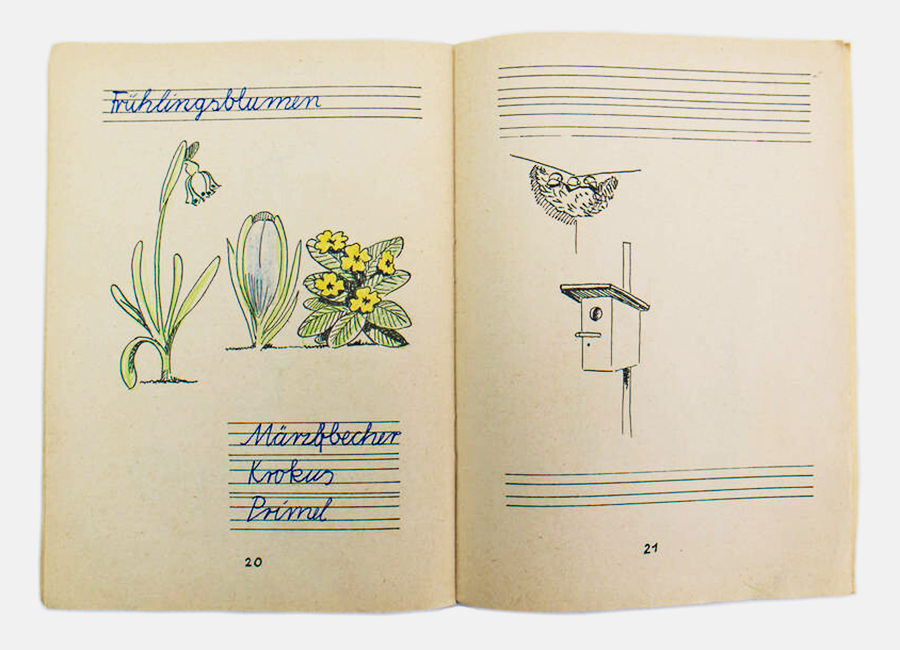 Do you still have memories of your local history lessons in the GDR? What did you particularly like and what didn't you like? Perhaps you even have some old exercise books from that time. We look forward to receiving your submissions by e-mail to sammlung@ddr-museum.de!

More objects on the school subject »Heimatkunde« in our collection 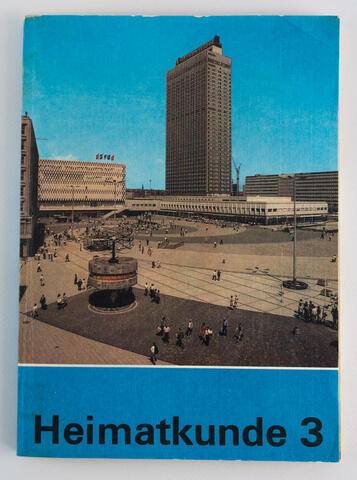 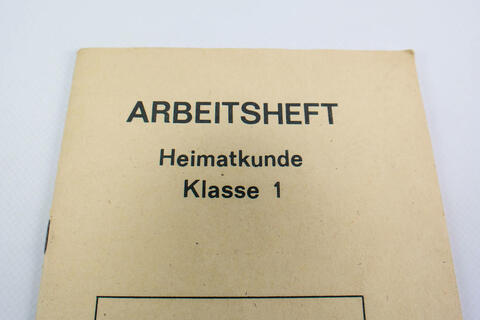 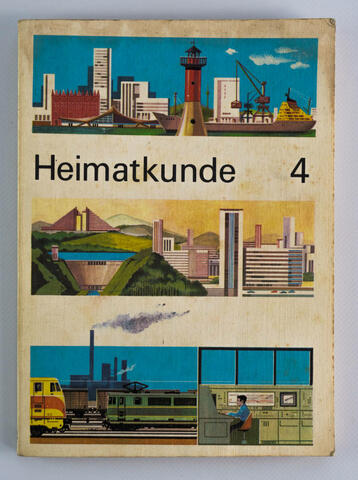 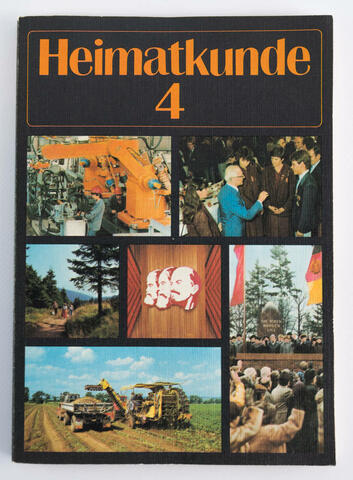 The soldier's locker in the exhibition