Even today, many people remember the smell of the Intershops. Comparable to duty-free shops, the Intershops were aimed at travellers and were initially mainly found at railway stations, airports and other transit points. Until the end of the DDR, there were branches all over the country where the DDR's own population could also shop. by Jörn Kleinhardt (1 Dec 2016)

The state trading chain Intershop was founded on 14 December 1962 with the aim of siphoning off freely convertible currencies on the territory of the DDR. Everything that could not be acquired through the exchange of goods or know-how had to be paid for by the DDR in freely convertible, »hard« currency, since the DDR mark was an internal currency. For example, the state had to spend up to 700 million Valutamarks annually on coveted consumer goods such as coffee or tropical fruits. 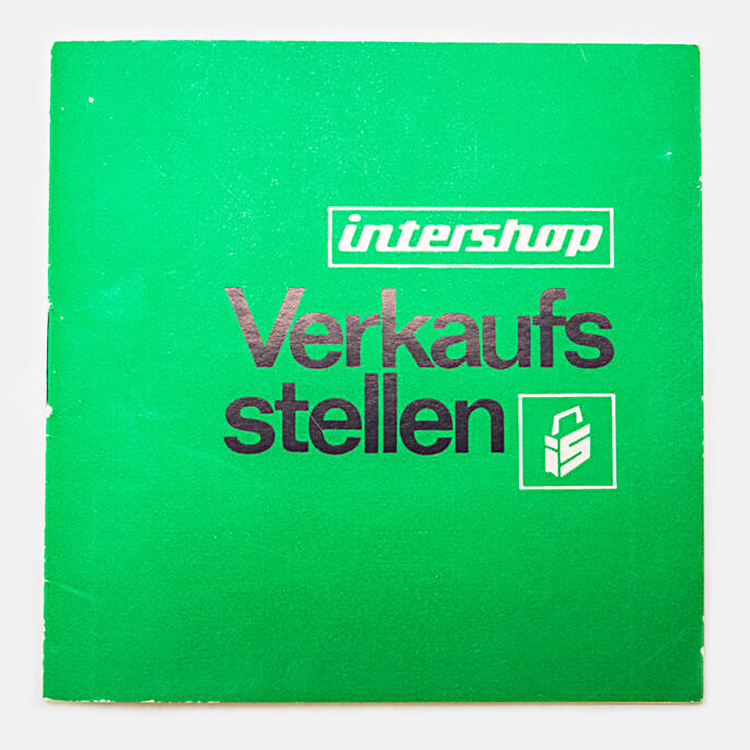 In the beginning, the range of products offered by the Intershops was aimed at travellers from Western countries and transit travellers in general. The Intershops sprang up along the well-known transit routes at motorway service stations, border crossing points and at transport hubs such as railway stations or airports in the larger cities. Initially, all Intershop trade was organised by Mitropa, which was responsible for the operation of sleeping and dining cars as well as station restaurants and motorway service areas.

Just a few years after the retail chain was founded, the company had several hundred branches throughout the territory of the DDR. At the beginning, the company mainly traded in cigarettes and tobacco products, but the product range was gradually expanded in the following years. In the 1980s, the product range included food, alcoholic beverages, tobacco products, clothing, toys, jewellery, cosmetics, technical equipment, sound recordings and other consumer goods. A large part of the goods on offer was produced in the DDR for western companies as part of the concessionary production. In the early years, the range of goods was mainly aimed at citizens from the so-called non-socialist economic area or »capitalist foreign countries«, but from 1974 the DDR population was also allowed to shop in the Intershops in exchange for Valutamark. 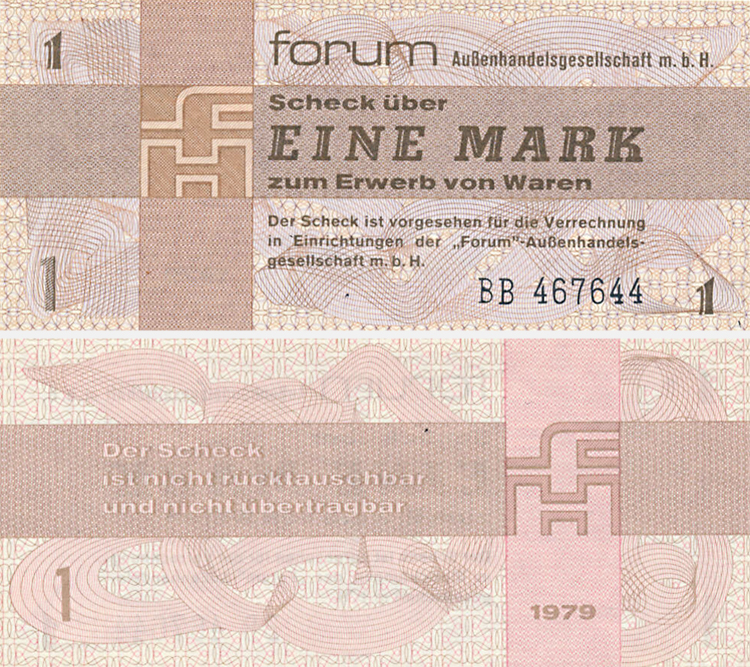 Not everyone had access to convertible currencies, which is why the Intershops increasingly posed an ideological problem for the state leadership. Erich Honecker therefore commented on the subject on DDR television in 1977: »These shops are of course not a constant companion of socialism. But we cannot ignore the fact that especially the large stream of visitors brings much more foreign currency among the people than was the case in the past. As is well known, about 9.5 million guests from capitalist countries come to us every year, eat here, spend the night for the most part and, of course, have money in their pockets. Through the Intershop shops we have created the possibility for this foreign currency to stay with us in the country.«

From April 1979, DDR citizens had to exchange their convertible money, e.g. German marks (often as gifts from relatives in the Federal Republic), at the DDR's state bank into specially created Forum cheques. These were issued by the Forum Außenhandelsgesellschaft mbH, a subsidiary founded in 1976 of the notorious Commercial Coordination Department headed by Alexander Schalck-Golodkowski. With the help of these Forum cheques, which were exchanged 1:1 for »West money«, people in the DDR were then able to shop in the Republic's Intershops from 1979 onwards. Citizens from abroad, by the way, could continue to shop in the retail chain with their traditional money. The obligation to exchange Valuta for Forum cheques only applied to the DDR population. 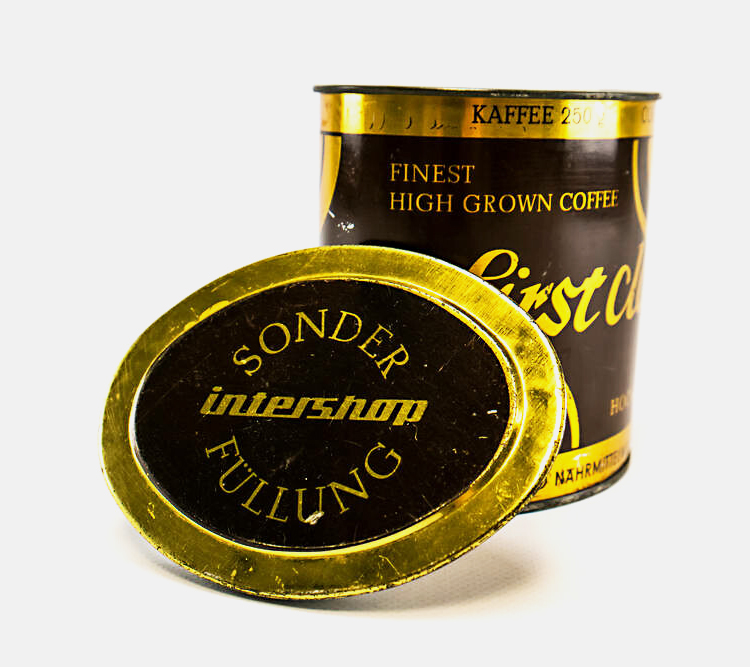 The turnover of the retail chain was enormous: already in the 1970s, the annual turnover was over one billion marks. Due to the positive and significant trade balance as well as the political explosiveness, the Intershops were under heavy observation by the Ministry for State Security from the beginning. In order not to annoy the population without access to Valuta, the Intershops did without shop windows, for example. Likewise, there was an absolute ban on taking photographs in the shops, as was customary in military security areas.

The end of the Intershops

With the Peaceful Revolution in autumn 1989 came the end of the Intershops. The previously exclusive range of goods for wealthy customers gradually found its way into the remaining department stores of the still existing Republic. In the course of the currency union on 1 July 1990, the shelves were filled with all kinds of goods from Western production. Intershops for skimming off the freely convertible currency had thus become superfluous.

Other Intershop objects in the collection of the DDR Museum 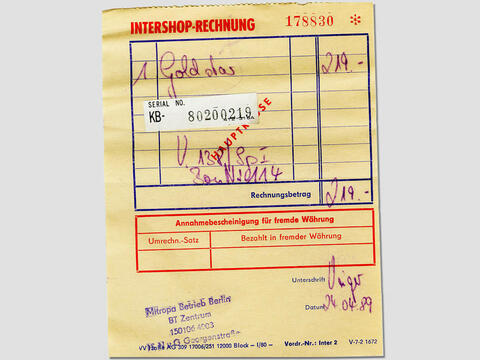 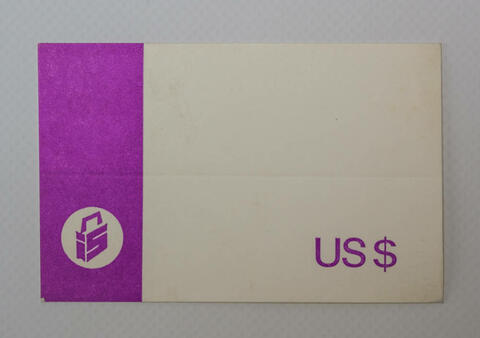 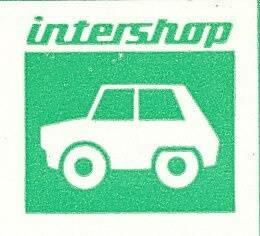 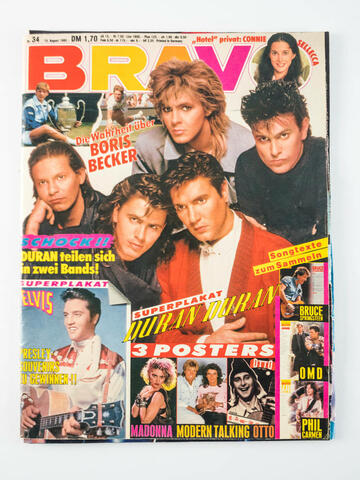