The Point Alpha Memorial is located along the former inner-German border, between Geisa/Thuring and Rasdorf/Hesse, on a surface of almost 100,000 square meters. It is an interesting historical place where visitors can experience how life was during the time of the wall.
by Admin (18 May 2015)

The Point Alpha Memorial is located along the former inner-German border, between Geisa/Thuring and Rasdorf/Hesse, on a surface of almost 100,000 square meters. It is an interesting historical place where visitors can experience how life was during the time of the wall.

The Memorial Point Alpha offers visitors different ways to deal with the German history. In the House on the Border (“Haus auf der Grenze”) there is a permanent exhibition on the border regime of the GDR and on the living conditions of people living in the restricted zone. In addition, through the exhibition “Freiheiten!” it is possible to have a retrospective of the Peaceful Revolution (“Friedliche Revolution”) of 1989.

The outside area of the Memorial offers on a round tour, along the Kolonnenweg, the opportunity to explore partly preserved and partly reconstructed pieces of the border installations. The art project Path of hope ("Weg der hoffnung") reminds the resistance against the communist dictatorships in Central and Eastern Europe. It is also possible to enjoy the nature that has grown gradually on the border fortifications and that has been preserved through a project called “Green Belt”.

Visitors will also see “Point Alpha”, the former American observation point. In 1950, it was located right on the border in the so-called Fulda Gap, a military camp of the Cold War which still exists and it is listed among the memorial patrimony.

Nowadays the Memorial Alpha is more than a place to visit. It is a place where you learn history and so it is an important pillar of the memorial education. The Memorial offers guided tours, reading sessions, workshops and a museums ralley for classes. A special experience to reccomend is the combination of the education programm with the stay in the Youth Camp Point Alpha.

By appointment the Memorial offers also adults guided tours, talks with contemporary witnesses, as well as walks along the border for adults for a fee.

Furthermore, the Point Alpha Accademy offers several thematic seminars about politic and history. The meeting house hosts also people who want to spend a few days in the region and who want to combine the visit of the Memorial with a walking tour.

The Memorial Point Alpha is opened all year. Following the opening hours:

The normal entry fee is 6€ and the reduced fee is €5. For groups and students there is a discount and it is necessary to pay an additional fee to book educational activies. 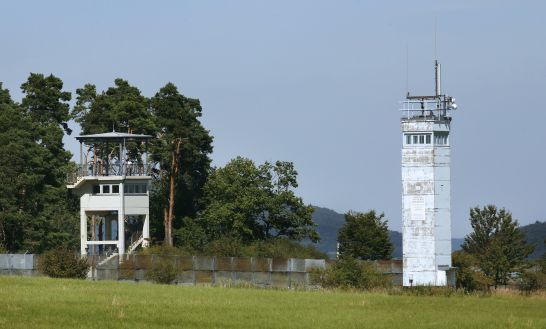 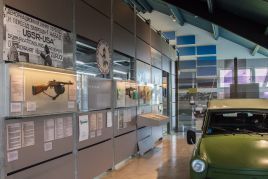 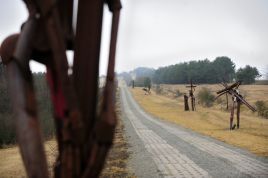