The Cold War functioned yet as a model for numerous games, which addressed the struggle of East and West and the danger in the form of the atomic bomb. Because of that we present two games with the same title, one of them you can find in the DDR Museum.
by Michael Geithner (4 Sep 2014)

The Cold War functioned yet as a model for numerous games, which addressed the struggle of East and West and the danger in the form of the atomic bomb. Because of that we present two games with the same title, one of them you can find in the DDR Museum.

“The NATO and the Warsaw Pact were pitted against each other like two cowboys in the Wild West, the fingers on the Colt, watching each other furtively – as well both of them on a wagon with powder barrels.” This is how Dr. Stefan Wolle, the Head of Research of the DDR Museum, describes the stand-off and real imminence of the Cold War, which had its frontiers on the whole world, but especially in the divided Germany. The extent of a “hot” war is today just assumable; that the atomic bomb would become a part of the feared Third World War was clear in the minds of all participants. The fear of that probable hindered them to get military active. The consequence was a permanent armament in West and East.

In the DDR Museum there is an easy game which gives the visitor the possibility to decide, whether he wants to fire the atomic bomb, or not. On the screen you can see images of the nature, how it endures untouched and unaware. Before that there is a red button, which while pushing sudden interrupts the idyllic scenery and shows the release of the atomic bomb, plus its following detonation and its damning consequences. Even though you can read what happens when you push the button, as a player you are nevertheless surprised, if not horrified about the happenings. Whether the game is won or lost, is left to the phantasy of the player.

Definite more complex it happens upon the board game with the title „Twilight Struggle“. Here, the atomic bomb also plays the game finishing role. Two player can, each in the role of the East and West forces, compete against each other. They place their influence on countries on the global map, how you know it from games like Risk, but without deciding the battles – the war keeps “cold”. An important part are the playing cards, which always express one event of the Cold War and are played off in an accidental chronology. Below these there are events, which cause the war “hotter”. Shouldn’t the player contain the danger of an atomic bomb together, it can happen, that the all crushing atomic attack occurs, which the both players let lost the game. „Twilight Struggle“ isn’t a family game for between times, nevertheless ranks in the world wide web as one of the most popular board games ever.

Both games show, that “playing” not automatically is compared to “fun”. The game can customize on the other hand serious topics interactive, too, - quite simple or really complex. 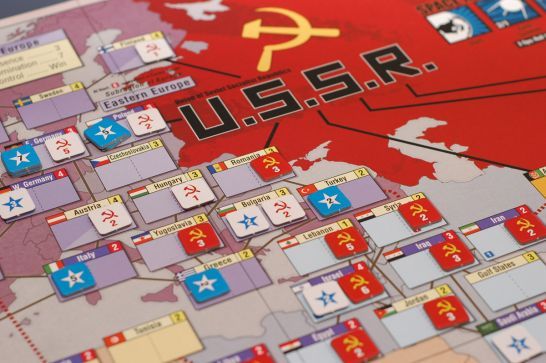 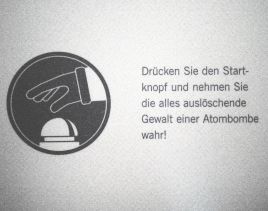 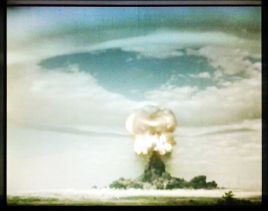 We Enjoy our 3rd Birthday!

The GDR guide – it can be used as a schoolbook!

Sandmann lecture at the DDR Museum