Last Thursday, the 14th of July in 2016, the DDR Museum celebrated its 10th birthday. Many friends, partners and of course all staff members reveled the special event at the river front and lifted their glasses to the successes of the past and the exciting projects for the future of our institution.
by Admin (20 Jul 2016)

Last Thursday, the 14th of July in 2016, the DDR Museum celebrated its 10th birthday. Many friends, partners and of course all staff members reveled the special event at the river front and lifted their glasses to the successes of the past and the exciting projects for the future of our institution.

Preparations for a special evening

The preparations for the “big day” already started on the previous day. An elaborate tent construction was installed along the riverside in front of the museum in order to protect the guests from uncomfortable weather conditions. Two extra tents were put up for accreditation and as a cloakroom. On the day itself the museum had to be closed at 4pm in order to prepare the premises for the event. The first guests arrived around 6pm in order to enjoy the reception. Despite the windy weather the atmosphere was relaxed and full of anticipation for the following hours.

Following the reception, a number of commemorative speeches were held. The first one was given by Tim Renner, State Secretary of Culture of Berlin. Mr. Renner congratulated the DDR Museum for its success story and put the institution into the context of the contemporary scene of historical rehabilitation. He furthermore skillfully commented on a number of critical comments concerning the Berlin palace by incorporating them into his argumentation. The second speaker was Dr. Stefan Wolle, Head of Research at the DDR Museum. The historian has worked for the museum since its beginnings in 2006, he was therefore able to share many interesting memories and successful projects with the audience. He especially focused on the first years when the museum had to establish itself as a serious cultural institution – in retrospect, definitely a successful achievement! Gordon Freiherr von Godin, the director of the DDR Museum, was the final speaker. He shared his visions for the future of the museum with the audience and also told some interesting details about the soon to be opened new part of the permanent exhibition. Our guests therefore received some exclusive information about the new exhibition which will be presented to the public in the context of the Long Night of the Museums on August, 27th. Definitely a reason for a visit!

After the official greeting the guests were invited to enjoy the buffet. Tasty appetizers and refreshing drinks were served and many guests took the chance to discover the exhibition outside of the usual business. Glasses were raised to the 10th anniversary everyone used the opportunity to get into a conversation with partners, guests and staff members until late in the evening.

All in all, the evening was a successful event honoring this special occasion. In the name of every staff member we would like to thank the many people involved in the preparation and organization and are looking forward to be part of the exciting future of the DDR Museum! 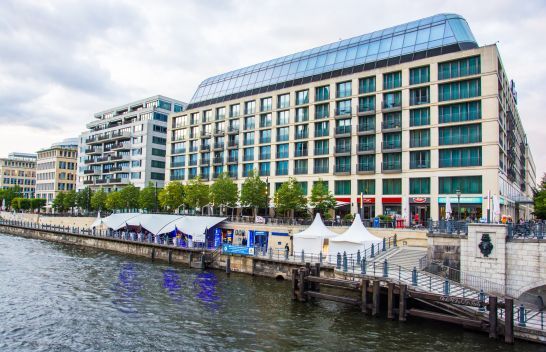 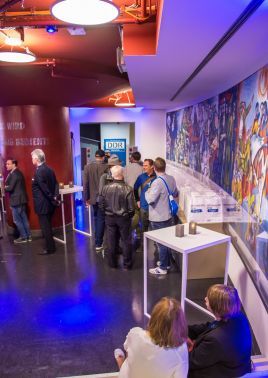 We opened the new exhibition and the new restaurant Domklause

Federicas Favorite Exhibit from our Exhibition