On 13 November 1989, Erich Mielke gave his first speech in the People's Chamber at the Palace of the Republic. His words »I love – I love all – all people – well, I love – I'm committed to it« have been quoted many times and offer deep insight into the mind of the 82-year-old man.
by Admin (11 Jun 2015)

On 13 November 1989, a few days after the Fall of the Berlin Wall, Erich Mielke gave his first speech in the People’s Chamber in the Palace of the Republic. His words »I love – I love all – all people – well, I love – I’m committed to it« have been quoted many times since then and offer deep insight into the mind of the then 82-year-old man. How was he able to serve as Minister for State Security for more than three decades and significantly shape its workings?

Mielke’s communist upbringing and entry into the KPD

Erich Mielke was born in 1907 in the working-class district of Wedding, known at the time as »Red Wedding«, in Berlin. He came from a very simple family; his father, a wagon-maker by trade and an ardent communist, had a formative influence on Mielke. At the age of 14, he joined the »Young Communist League of Germany« and became a member of the Communist Party of Germany (KPD) four years later. In addition to his ideological commitments, Mielke completed an apprenticeship as a forwarding agent in 1927. The late 1920s and early 1930s were often marked by violent clashes between the NSDAP and the KPD; wild brawls were not uncommon at this time. Mielke was also active in the »Red Front Fighters League« and the »Party Self-Protection«, both of which were paramilitary protection forces of the communists and founded in 1931. On 9 August 1931, Mielke and another member of the Party Self-Protection shot two policemen during a demonstration on Bülowplatz (today’s Rosa Luxemburg Platz) in Berlin Mitte. To prevent the two from being prosecuted, Mielke and his accomplices were moved to the Soviet Union by the KPD. 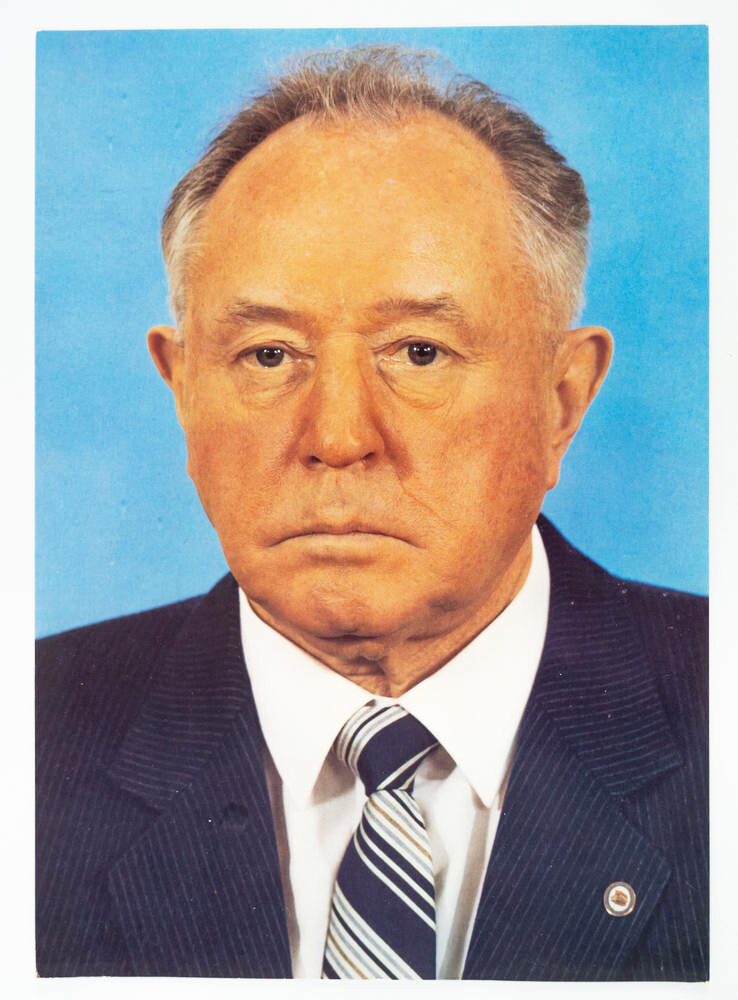 Whilst in Soviet exile, Mielke was ideologically trained at the International Lenin School in Moscow. From 1936, under the code name »Fritz Leissner«, he was active in the Spanish Civil War as an officer of the Stalinist secret police in the International Brigades. At the beginning of the Second World War in 1939, Mielke went to Belgium on behalf of the KPD and then to Toulouse in 1940, where he worked as a construction worker. A year before the end of the war, his labour brigade was integrated into the German »Organisation Todt«, a civil and military engineering organisation under the National Socialists. This allowed Mielke to get through the war unscathed.

On 14 June 1945, barely a month after the end of the war, Mielke reported to his party in Berlin and immediately took over as head of the Berlin Lichtenberg police station in what was then the Soviet Occupation Zone. From May 1949, he was responsible for setting up the »Main Administration for the Protection of the National Economy«, the predecessor organisation of the »Ministry for State Security« (MfS). With the founding of the MfS in February 1950, Mielke became deputy head with the rank of state secretary. In November 1957, he took over the office of minister from his predecessor Ernst Wollweber. The left-wing newspaper »Neues Deutschland« only mentions Mielke’s appointment as minister in passing: »The Prime Minister’s Press Office announces: Minister for State Security Ernst Wollweber has requested to be relieved of his duties for health reasons. Prime Minister Grotewohl has complied with his request and appointed the former Deputy Minister for State Security, Erich Mielke, as Minister for State Security with effect from 1 November 1957.«

Mielke held the post of Minister for State Security until his resignation on 7 November 1989. With over 32 years of service, he was the longest-serving minister in the entire GDR. The Ministry for State Security was greatly expanded under his supervision. When he took office in 1957, the MfS had about 14,000 full-time employees; by 1989, it had almost 90,000 employees. On 3 December 1989, Erich Mielke was expelled from the SED. He was arrested and placed in custody four days later. At the beginning of 1990, he spent about a month in the notorious remand prison in Hohenschönhausen, now the Hohenschönhausen Memorial. Shortly afterwards, he was released for medical reasons, only to be arrested again three months later. He was initially charged with »crimes against humanity« and »perverting the course of justice«. After several prison stays in Rummelsburg and Plötzensee, Mielke was sent to Moabit Prison for a longer period of time, with investigators focusing on the 1931 Bülowplatz murders. In October 1933, the now 85-year-old man was sentenced to six years’ imprisonment for the 1931 murders. At the end of 1995, Mielke was released on parole due to his age, having served about 2/3 years of his sentence.

Move to Hohenschönhausen and Mielke’s death

Mielke moved to the Berlin district of Hohenschönhausen together with his wife Gertrud. Life became quiet for Mielke - a man who had once held so much power. On 22 May 2000, exactly 15 years ago, Mielke died at the age of 93 in a Berlin nursing home. His final resting place is an anonymous urn grave at the Friedrichsfelde central cemetery. 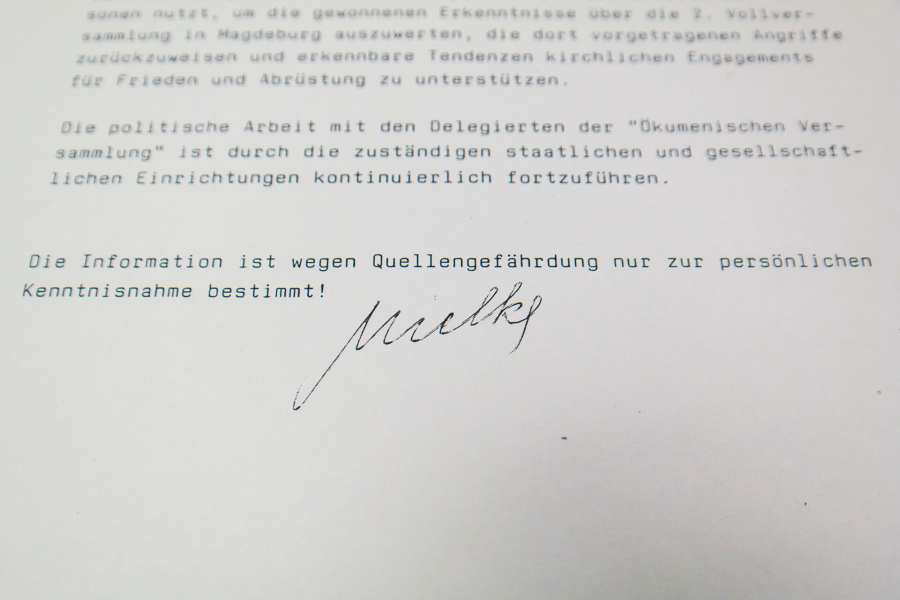 Objects related to Erich Mielke in the DDR Museum's collection 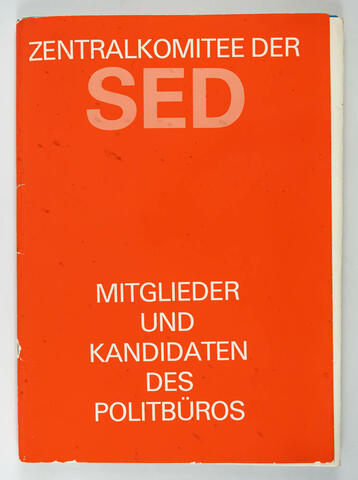 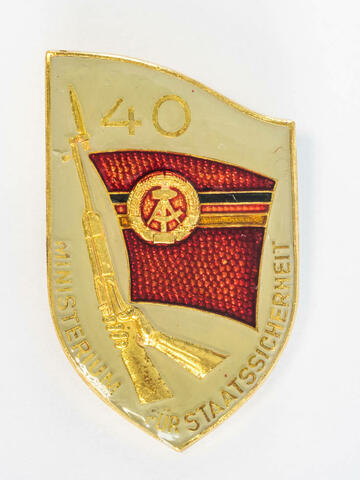 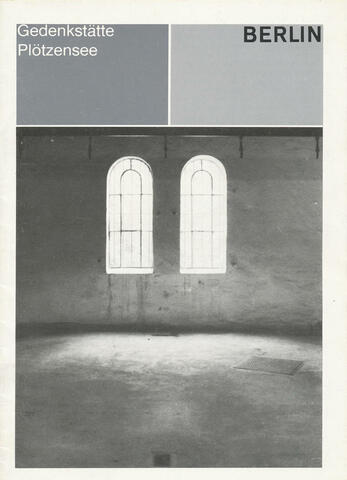 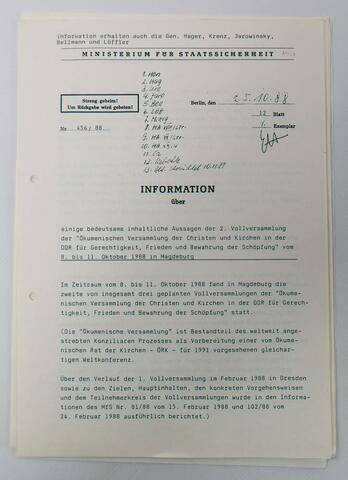 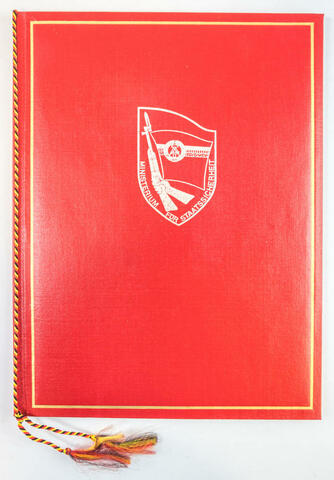 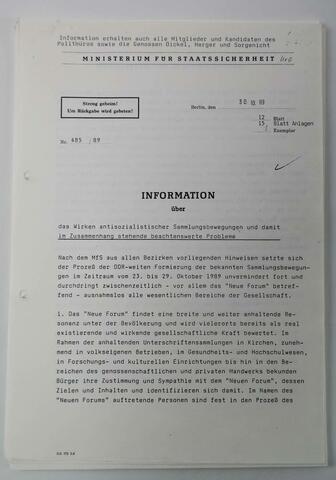 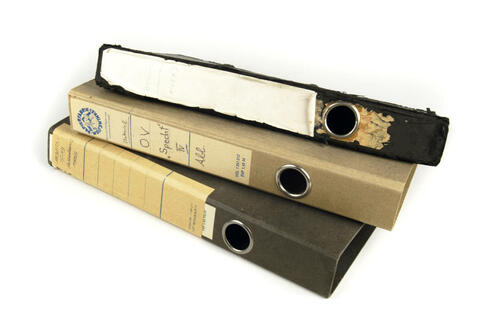 Reaching to the stars with the model kit “Vostok-1”

The painter A. R. Penck