On 18 May 1990, the Treaty on Monetary, Economic and Social Union was signed. This state treaty came into force just a few weeks later on 1 July. We show thematic objects from the collection of the DDR Museum. by Jörn Kleinhardt (1 Feb 2018)

On 18 May 1990, the finance ministers of the two German states, Theodor Waigel (FRG) and Walter Romberg (GDR), signed the Treaty on Monetary, Economic and Social Union. This treaty then came into force on 1 July of the same year. On the day of the signing, the then GDR Prime Minister Lothar de Maizière said: »No GDR citizen will be worse off than before. On the contrary!«. The illustration shows an issue of the newspaper »Junge Welt« from 30 June/1 July 1990.

The monetary union had a considerable impact on the citizens of the GDR. From July onwards, the Westgerman Deutsche Mark was the sole means of payment and the Deutsche Bundesbank, based in Frankfurt am Main, was responsible as the currency and central bank for both German states from mid-1990. The exchange rates were staggered: People over 60 years of age were allowed to exchange 6,000 marks, people under 60 years of age 4,000 marks and children up to 14 years of age a total of 2,000 marks at a ratio of 1:1. All assets above that were exchanged or converted at an exchange rate of 2:1. 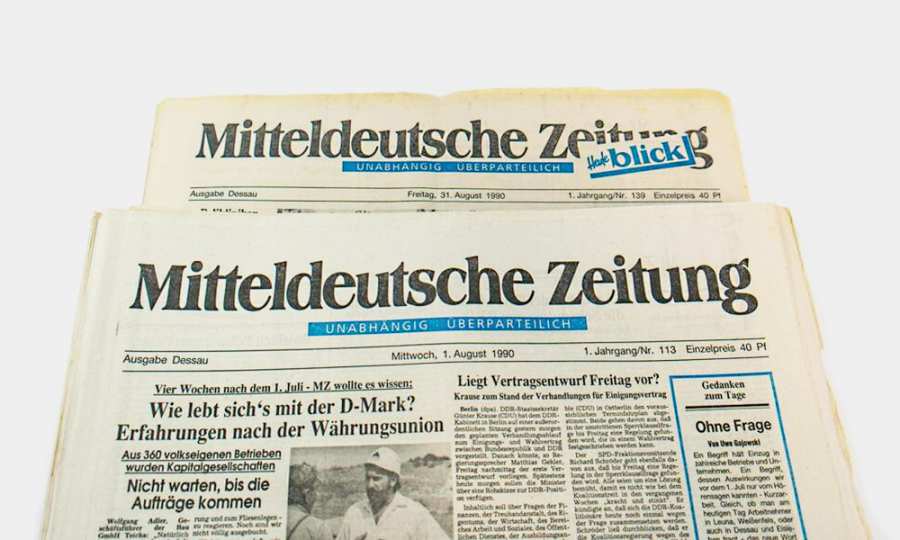 The existing social market economy of the Federal Republic as the basis of economic policy formed the core of the economic union. The social market economy is characterised by private property, competition on the basis of performance, free price formation and basically full freedom of movement of labour, capital, goods and services. This form of economy was thus in contrast to the planned economy that had existed in the GDR until then. The East German enterprises were gradually privatised from July 1990 onwards by the »Anstalt zur treuhänderischen Verwaltung des Volkseigentums« (Institute for the Fiduciary Administration of People's Property), which was founded on 1 March 1990. 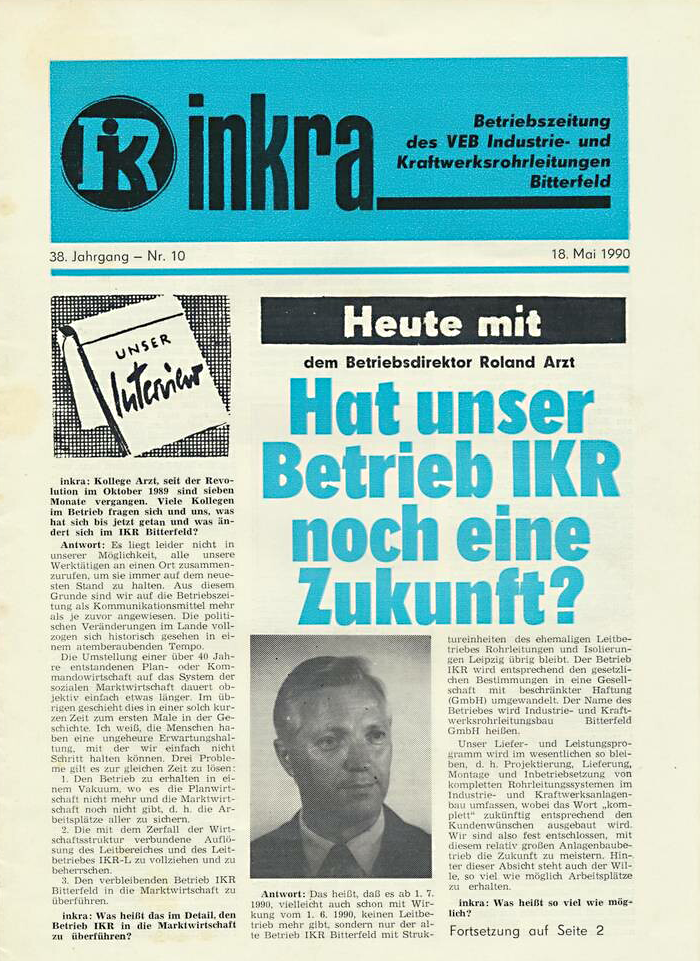 Social conditions were restructured along the lines of the Federal Republic. This included, for example, the splitting of the social insurance existing in the GDR into the respective individual insurance categories of pension, health, unemployment and accident insurance. From July onwards, the GDR operated according to federal labour law, which included, for example, the right to strike, autonomy in collective bargaining, protection against dismissal and freedom of association. This required changes or adaptations to the existing labour law. There was also an adaptation to the Federal German health care system.

Further thematic objects from the collection of the DDR Museum 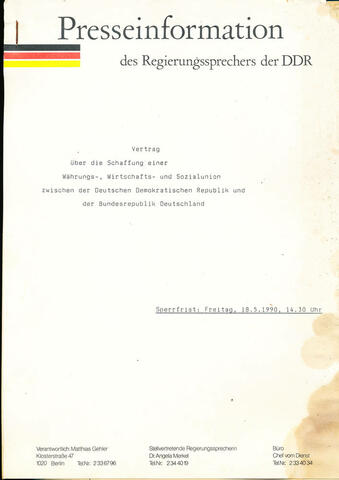 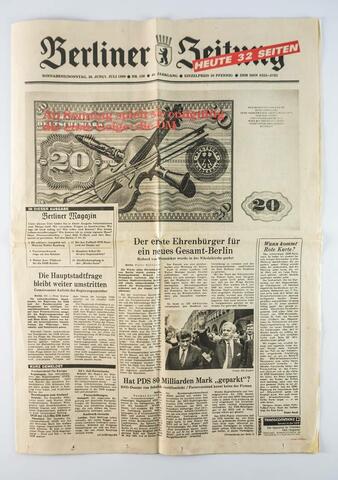 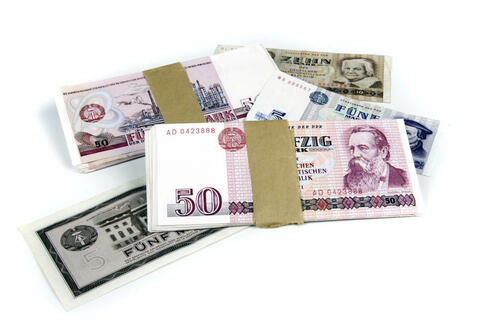 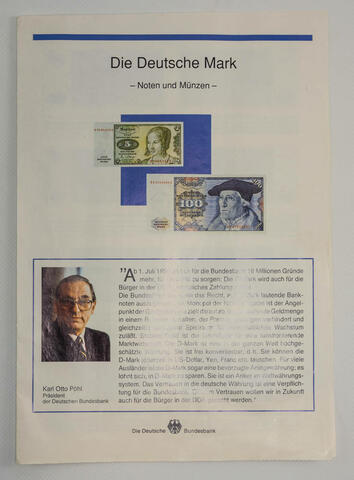