On 7 October 1989, the 40th and thus the last birthday of the Republic was celebrated in Berlin, during which there was turbulence on the city’s streets. This was only thematised in the press days later. We show an excerpt from the newspaper »Neues Deutschland« as well as thematic objects from our collection. (8 Oct 2015)

On 7 October 1989, the GDR celebrated the last birthday in its history. Already on the previous day, 6 October, a large torchlight procession with around 100,000 FDJ members took place in the centre of Berlin. Strikingly, during the demonstration, there were many expressions of sympathy for the Soviet head of government, Mikhail Gorbachev, who three years earlier had announced »glasnost« and »perestroika« as the »political direction of travel«. However, since the SED leadership rejected any reform movement in their own country, the energetic »Gorbi, Gorbi« shouts of the young FDJ participants displeased the SED cadres present. 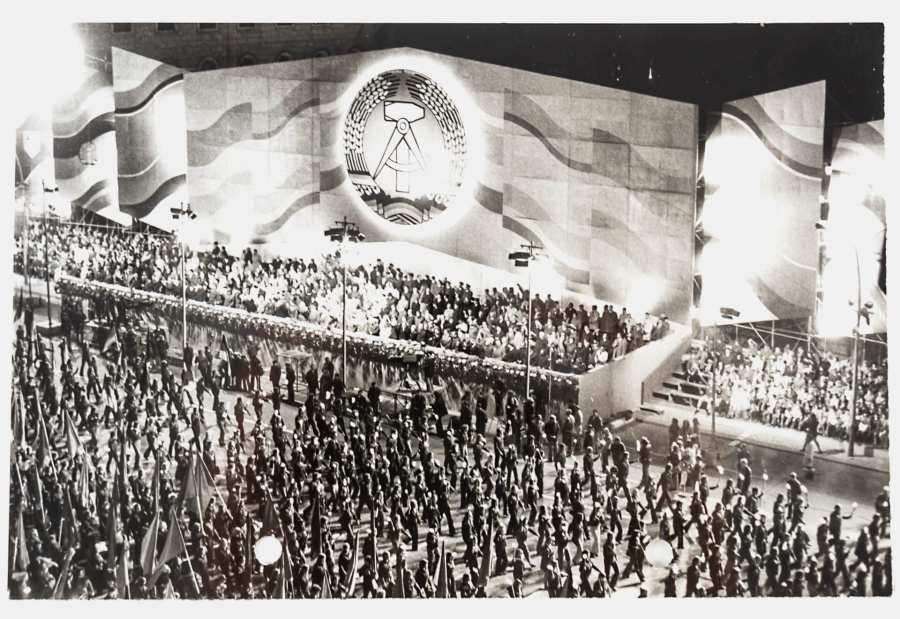 Just one day later, on the GDR's actual birthday,  there was the obligatory parade of the National People’s Army (NVA) and the official ceremony in the Palace of the Republic. Many were invited, including leaders of the communist world, especially politicians from the states of the »Warsaw Treaty« and friendly nations such as Palestinian President Yasser Arafat or diplomats from China and North Korea. During the event, the ignorance of the SED superiors around Erich Honecker became apparent. Whilst Honecker solemnly proclaimed in the festival hall »that socialism in the GDR stands on unshakable foundations«, thousands of citizens gathered opposite the palace, within sight on the other side of the Spree, shouting »Gorbi help us«, »freedom« and »we are the people«. The units of the People's Police and the Ministry of State Security were hesitant at first, as the ongoing protest did not go unnoticed in the ballroom and they did not want to upset the guest of honour, Gorbachev, or the other guests. Only once Gorbachev had left the festive event and was on his way back to Moscow in the direction of Schönefeld did the security forces intervene in front of the palace.

Brutal dispersal of the demonstration in the centre of Berlin

With the help of FDJ order groups, the People's Police and Stasi security units, the demonstrators, now numbering over 3,000, were forced out of the city centre. Western journalists documented the police's brutal actions against the demonstrators, and the pictures from the evening circulated around the world in the following days. The demonstration slowly moved towards the Gethsemane Church in Prenzlauer Berg. The Gethsemane Church had been the meeting point of Berlin's opposition movement for days, and vigils were held there every evening. During this evening, security forces also formed in Prenzlauer Berg. After the participants of a prayer service wanted to leave the church, the state brutally intervened and arrested many people. 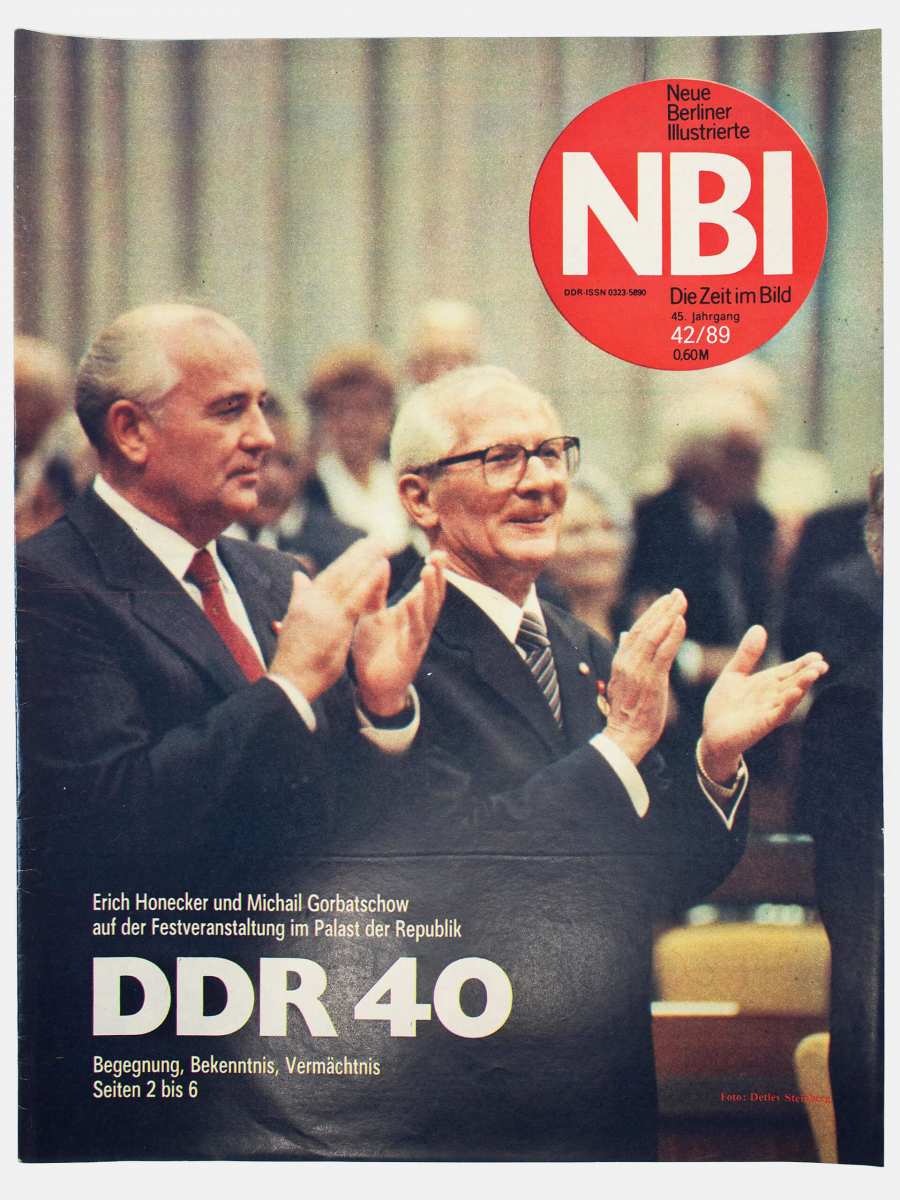 The turbulent events of 7 October in Berlin were not covered by the press at first. It was not until 10 October that the left-wing newspaper »Neues Deutschland« reported on the events. The state's attempts to explain the events follow the typical pattern of »it's the West's fault!« and thus show clear parallels to the popular uprising of 17 June 1953 and the GDR leadership's assessment of the events at that time. The following is the original text from Neues Deutschland published on 10 October 1989:

»How incidents were staged in the capital«

Noted by reporters of the ND

Berlin, 7 October, national holiday. It was not yet 4.30 pm. On Alexanderplatz, there was a scuffle - for the best camera positions. A provocation was to be staged. Lenses were set up on the raised beds in front of the furniture store. They were not aimed at the many Volksfest guests, as it turned out.

Chief of the People’s Police (VP) Frank Träger: »I was assigned to patrol duty.« He is also on duty here because he is part of the People's Police District 13, which is responsible for peace, order and security around the Alex. »It was a colourful, normal scene on our public holiday. Then the scene changed quickly. Discussion groups formed and moved together. That's where the eyes of the cameras were looking. I saw about ten western television stations. And there were more.«

Unlike us, they knew exactly when the curtain would rise on the media spectacle. The first shouts went up: »Away with the bull pigs!«

Then some started raising their right hands at us over and over, calling us »Nazi pigs«. Slogans were chanted more and more rhythmically. In no time at all, we were confronted by an inflamed mob. There were not many, maybe 50 or 60 men. Citizens came up to us, outraged, horrified, and concerned. »Don't you want to intervene?«

All this was confirmed to us with statements and documents from Colonel Dr. Dietze, deputy to the Berlin police chief and chief of staff. »The provocation« was prepared long in advance. West Berlin radio and television stations played an active role in this. They also sent in balloons with leaflets, as in the heyday of the Cold War.

It still does not suit the enemy that we show him his limits. The troublemakers did not even reach the Brandenburg Gate, probably the best-known section of our state border, although the slogans issued pointed in that direction. The procession was stopped at the two bridges over the Spree.«

Young riot police, conscripts in normal service uniforms, blocked the way. Who led the procession of rioters to the Palace of the Republic? It was those men with the cameras, with the microphones.

At the Marx Engels Forum stood Major Klaus Kumnow, a member of our People's Police for 25 years. »I met a Mr Michael Schmitz and his ZDF colleagues there, asked them to leave the square in the interest of their own safety ... He replied with something about »free reporting« and that »it was a peaceful demonstration after all«. In the meantime, his followers - or should I say supporters - surrounded me. The shoving began. My cap was knocked off my head. Some »very brave« people tore at my coat. Suddenly a voice rang out from the background: »Violence was not the agreement!«

On the subject of »peaceful demonstrations«, we also spoke to sub-constable Petra Korb: the young woman, only six weeks into her green uniform, was standing on Liebknecht Bridge with nine other female comrades. »We'll slit your belly, we'll remember your face,« they shouted at her. »At the same time, they pushed small children into the front row, right in front of the barrier. From behind, strong guys pushed, in between women and mothers. I could hardly believe my eyes.« Even as we talk, you can see how these events still affect her.

»You can hardly imagine how many times I used the loudspeaker to call for calm on that Sunday,« says Lieutenant Colonel Hartmut Kunst, commander of a VP detachment. »In Schönhauser Allee we found ourselves in the centre of it again. A prayer service was held in the Gethsemane Church but with barely any religious discussion. And although church dignitaries spoke the word of reason and we largely held back, as we had the day before, hotheads started breaking metal bars out of a fence. In a situation like that, we had to go after the ringleaders with a bit more force.«

So far, the extras of those eventful hours have not had their say. Three of them gave evidence to the examining magistrate: Marcel B. (17), butcher's apprentice: »I was there out of curiosity, I didn't think about what would happen. Daniel B. (19), stonemason: There were cameras, people in front shouting freedom. Heiko D. (19), no profession: Eight or ten weeks ago I found out that something was going to happen on 7 October. So last weekend was prepared, planned, and coldly calculated, not least by people who are paid for increasing »ratings in the East«.

In memory of the demonstration in October 1989, the DDR Museum, as a member of the initiative group »Die Entscheidung« (The Decision), organised a staged demonstration from Alexanderplatz to the Gethsemane Church in Prenzlauer Berg for the 25th anniversary in 2014. On our Facebook page, there is a post about last year's event with numerous photos from the demonstration. 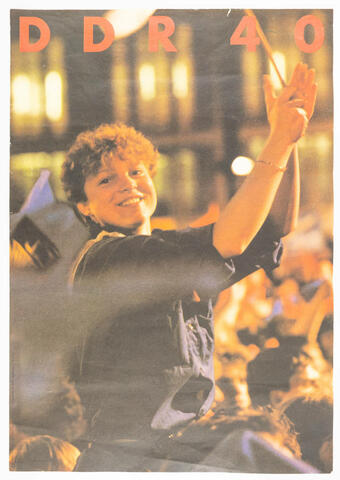 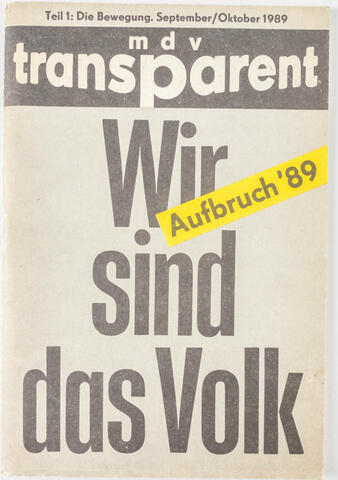 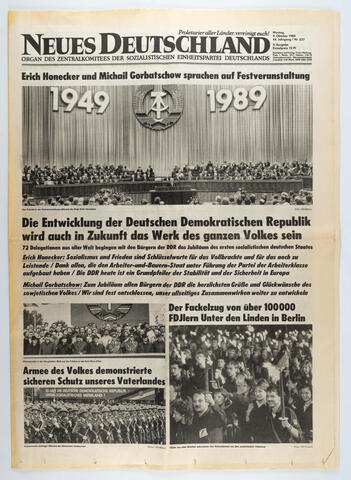 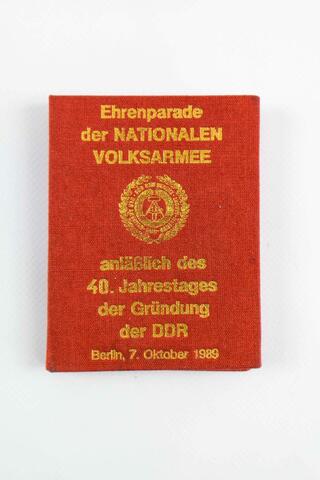