Erich Honecker was head of state of the DDR from 1971 to 1989 and was responsible for numerous deaths during his time in office. The article looks at the political career from Honecker's rise to his fall. by Jörn Kleinhardt (29 Oct 2015)

On 29 October 1976, Erich Honecker was elected Chairman of the State Council of the DDR by the People's Chamber. He thus held the most important offices in the country, such as General Secretary of the Central Committee of the SED, Chairman of the National Defence Council and finally, from 1976, Chairman of the State Council of the DDR in personal union. Domestically, Honecker was at the zenith of his power. But how did the »little Saarlander« get into these influential positions? To answer this question, it is first necessary to take a look at Honecker's past.

Honecker's political commitment as early as the age of 10

Erich Honecker was born on 25 August 1912 in the Saarland district town of Neunkirchen. Growing up in the modest circumstances of a working-class family, Honecker became a member of the local communist youth group at the age of 10. Further career steps in the Weimar Republic were membership in the Communist Youth League of Germany (KJVD) at 14 and joining the Communist Party of Germany (KPD) at the age of 17. After having problems finding an apprenticeship after leaving school, he began an apprenticeship as a roofer with his uncle.

Abandonment of roofing apprenticeship in favour of politics

However, due to his delegation by the KJVD to study at the Moscow International Lenin School, he abandoned the apprenticeship and concentrated on his political career. After successfully completing the political training in Moscow, Honecker returned to Saarland and became district leader of the KJVD in the Saar region. After the Nazis seized power in 1933, political activity by communists was only possible underground.

Honecker was subsequently arrested several times by the Gestapo national socialist police because of his political views and commitment, and in 1937 he was sentenced to 10 years in prison. The young Honecker spent his prison term in the Brandenburg-Görden prison. Due to good conduct during his time in prison, Honecker, unlike many other communists, survived the years of National Socialist imprisonment and went to Berlin after the prison was liberated by the Red Army at the end of April 1945. There Honecker came into contact with the »Ulbricht Group« rather by chance.

Honecker: Co-founder of the FDJ and entry into the SED

The following year, Honecker co-founded the Free German Youth (FDJ) and took over the chairmanship of the youth organisation. In the same year he also joined the Socialist Unity Party of Germany (SED) after the KPD and SPD were forcibly united in April 1946. After the founding of the DDR in 1949, Honecker proved himself in the organisation of the German Youth Meetings and was admitted to the Politburo as a candidate of the Central Committee of the SED in 1950. After the popular people's uprising in June 1953, Honecker openly sided with the Chairman of the Council of State, Walter Ulbricht, thus strengthening his position of power within the SED. After three years of political training in Moscow, Honecker became a full member of the Politburo in 1958 and assumed the post of Secretary for Military and Security Affairs in the Central Committee. In this function, Erich Honecker was largely responsible for organising the building of the Wall in August 1961.

After a political generational change in the USSR, Leonid Brezhnev, a man from the same generation as Honecker, was at the head of the CPSU. Like the DDR head of state Walter Ulbricht, the former ruler Nikita Khrushchev was born at the end of the 19th century. A generational conflict was brewing and Honecker saw his chance to oust his former political »foster father« Ulbricht as head of state, as Ulbricht's »go-it-alone« approach to economic policy issues was causing additional resentment in Moscow. 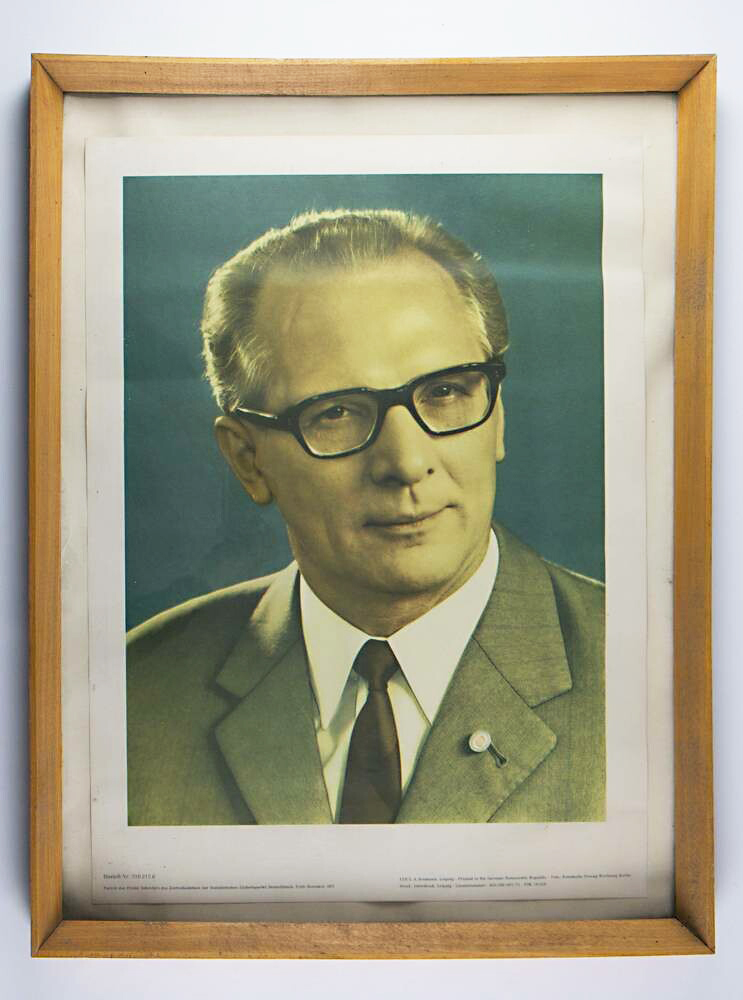 Honecker successor to Walter Ulbricht as of 1971

After Honecker had secured Brezhnev's backing in Moscow, the ageing Ulbricht was forced to resign on 3 May 1971, making Erich Honecker First Secretary of the Central Committee and Chairman of the National Defence Council.

With the »unity of economic and social policy« initiated by Honecker, which was supposed to raise the standard of living and labour productivity of the population, there was a tentative upswing in the early 1970s. Above all, the state-subsidised housing construction programme was pushed ahead, numerous prefabricated slab buildings were built and still characterise the appearance of East German cities and municipalities today. The net income of the working population in the DDR rose by an average of 97 percent by 1987 compared to 1970. These generous »social benefits« exceeded the economic capacity of the DDR economy. Rising oil prices in the 1970s had an additional negative impact on the situation. In 1973, the DDR, like the Federal Republic of Germany, was accepted as a full member of the UN. The Basic Treaty between the two German states came into force in the same year. These were Honecker's greatest foreign policy successes in this era.

After a tentative upswing in the 1970s, the (down)fall followed

In the 1980s, the deficits of the failed »unity of economic and social policy« were visible for all to see in the decay of the infrastructure, whereupon environmental groups and other opposition movements formed. The ageing Honecker was equally unconcerned with the glasnost and perestroika reform movements initiated by Mikhail Gorbachev in the mid-1980s. In September 1987, however, Honecker became the first East German head of state to visit the Federal Republic and was received with full state honours by West German Chancellor Helmut Kohl.

Honecker was literally caught off guard by the opening of the Iron Curtain by Hungary in the summer of 1989. He had simply ignored the signs of the times and was incapacitated by age-related illnesses. Barely two months later, on 17 October 1989, the head of state was deposed at a Politburo meeting by his former political comrades-in-arms Günther Mittag, Willi Stoph and Erich Mielke. His office was taken over by the younger Egon Krenz.

On 5 December 1989, a preliminary investigation was opened against him. Honecker was »suspected of having abused his function as Chairman of the Council of State and the National Defence Council of the DDR and his usurped political and economic power as General Secretary of the Central Committee of the SED« and »of having misused his powers of disposal as General Secretary of the Central Committee of the SED for pecuniary gain for himself and others«. After further stays in hospital and short periods of imprisonment in Berlin-Rummelsburg, among other places, the outcast Honecker was given asylum by Pastor Uwe Holmer, the director of the Hoffnungsthaler Anstalten, a Protestant institution near Berlin. A few days before the reunification of the two German states, Honecker, who was by then seriously ill, fled into exile in Moscow.

In December 1991, Honecker was ordered to leave the country by the new Russian ruler Boris Yeltsin. He then fled to the Chilean embassy in Moscow, hoping for asylum. Barely six months later, the Chilean government changed its attitude towards Honecker and extradited him to Germany. On 29 July 1992, Erich Honecker was flown out to Berlin, where he was immediately arrested and taken to Moabit prison. Like other leading politicians of the former SED nomenklatura, Honecker was charged with the deaths at the Wall. In court he accepted political responsibility for this, but did not feel morally or legally guilty. In January 1993, the arrest warrant against Honecker was lifted due to his serious illness and complaints from his defence lawyers. Immediately afterwards, Honecker was flown out to Chile to join his family. There, politically isolated, he died surrounded by his family on 29 May 1994. His urn was buried in the capital Santiago de Chile. 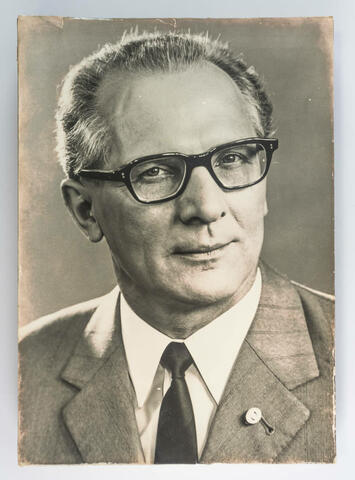 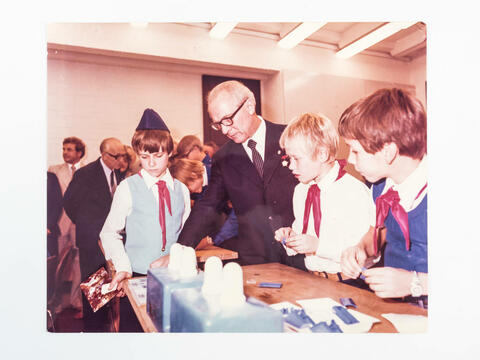 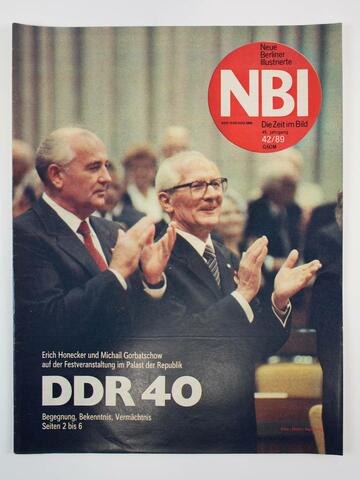 Behind the wall. "Perfectly Normal Lives" in the GDR? directed by Mary Fulbrook