Altenburg is known worldwide as the city of playing cards and the game of skat. It is located in the county of Thuringia in the rural district Altenburger Land and is a former seat of royal power. by Admin (31 Mar 2017)

The train station of Altenburg was built in the years between 1876 and 1879. It is still in very good shape today and therefore well worth visiting in the context of a walk around Altenburg or if you are arriving by train.

In contrast to other cities, Altenburg has a total of three medieval market places; called Brühl, the market and the street of houses Kornmarkt-Topfmarkt. The Brühl is the oldest among them. It is also home to the only monument for a card game, the so-called “Skat fountain”.  Skat players like to come here in order to baptize their cards, which is supposed to bring luck to the players. The town hall of Altenburg is located at another market and was built from 1562 – 1564 in a Renaissance style. The council chamber, which is characterized by a gorgeous ceiling painting and a large fireplace, is where the city council is holding its meetings today. During the week it is also open to visitors. Interestingly enough the tower of the town hall has a moon clock which shows the different phases of the moon. The Kornmarkt and Topfmarkt markets are mostly used as parking lots today.

In my opinion, one of the museum highlights is the historical hairdresser’s shop which is equipped with the entire inventory from the 1920s. Whether hair rollers, brushes or hood dryers, it’s all there!

The Mauritianum Museum of Natural History is home to numerous zoological, botanical and mineral preparations from the region, among them the biggest example of a so-called “rat king” worldwide, consisting of 32 mummified rats which have been tied together with their tails.

Those who are visiting Altenburg in order to learn more about the city of card makers and the skat gam should visit the Altenburg Castle Museum and Museum of Playing Cards. Its collection holds more than 6000 historical decks of cards from five centuries. The castle is home to an exhibition on games as well as exhibitions on the castle’s history. You can take a tour of the splendid ball rooms of the castle during which you will learn even more.

Discover Altenburg from “another point of view”

The family business Altenburger Senf & Feinkost produces more than 300 different kinds of mustard by avoiding any chemical additives such as aromas, preservatives, flavor enhancers as well as thickening agents. You can even experience a mustard tasting in the shop as well as enjoy a fresh Thuringian bratwurst!

The Altenburg theater was built in 1869 until 1870 in a Neorenaissance style. In the gorgeous theater hall you can enjoy the different shows such as operas, operettas, theater plays, puppet theaters for young and old or musicals.

On the Website of the Altenburg Tourism you can get even more information for your visit or holiday. 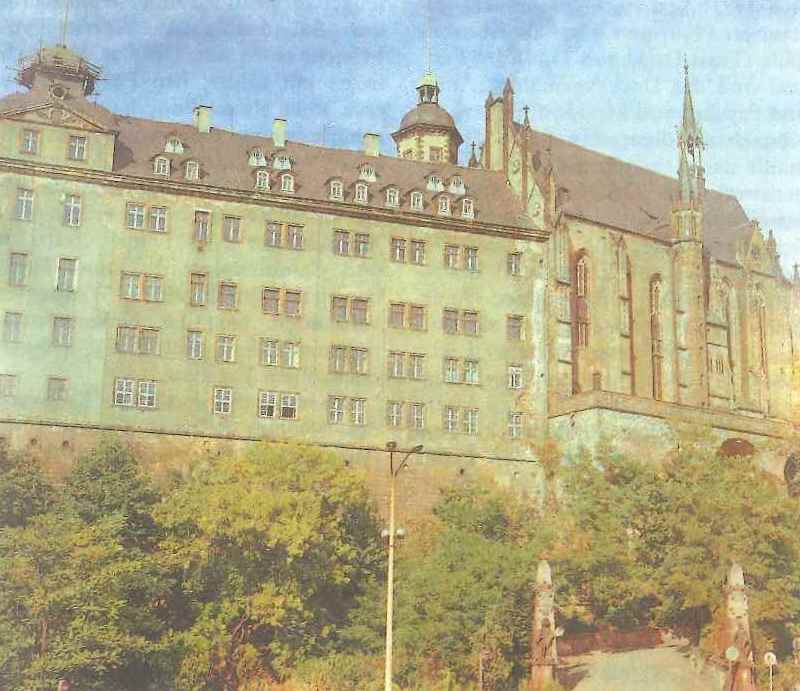 Places of the GDR