Vacation during the GDR - a topic you can not only find in the exhibition of the DDR Museum: In future we will also deal with this interesting subject on our online blog. How was tourism like and what where especially popular destinations? by Admin (3 Feb 2016)

Vacation during the GDR - a topic you can not only find in the exhibition of the DDR Museum: In future we will also deal with this interesting subject on our online blog. How was tourism like and what where especially popular destinations?

Today, however, I will remain within Germany and will dedicate this text to the Mecklenburg Lake District. The Land of the 1000 lakes with its many climatic spas is just as inviting to let your spirits flow as back in the day.

A POPULAR DESTINATION - SADLY,  NOT ANYMORE

In order to spend a relaxing vacation, the quality of the hotel is of considerable importance. One of the model hotels of the Free German Trade Union Federation (German: FDGB) is the Müritz-Hotel in Klink an der Müritz. This was where every citizen of the GDR wished to stay, according to the former director of the hotel. The place owed its popularity to its proximity to the biggest inland lake, the Müritz. More precisely: Its location between lake Müritz and lake Kölpin. That is also why the hotel is remembered as the "pearl at the Müritz" by many former visitors.

Until a couple of weeks ago, the hotel was still open for the public. Since January 2016, however, the place has been closed down. The future of the former GDR model hotel, however, remains unclear.

GREAT TIPS FOR EXCURSIONS THAT ARE STILL WORTH IT

Even though a vacation sometimes means endulging in idleness, every tourist also enjoys to discover his surroundings during his visit. Many popular destinations still exist and they are definitely well worth seeing. The Mecklenburg Lake District with its many lakes, beautiful nature and interesting culture attracts many visitors with different preferences. Of course this area was also a preferred destination in order to relax and enjoy special experiences during the GDR.

Among the popular sights during the GDR as well as today are the following:

The Alte Burg Penzlin, southwest of Neubrandenburg, serves as a museum about the witch-hunt in the East-German State of Mecklenburg until today and could also be visited during the GDR. The so-called "witches cellar" is especially worth seeing due to its eerie athmosphere - don't miss out on this one!

The city of Neubrandenburg, also known as the "town of the four gates", also used to be a popular destination for culture enthusiasts during the GDR. Among the interesting sights of this city are the weir system which dates back to the Middle Ages with its well preserved town wall, the four gothic gates which gave the town its byname as well as the former main parish church St. Marien, which today serves as a popular venue for concerts and other events. Just like back in the day, the close-by lake Tollense is the perfect place to go swimming.

The Agrarmuseum Alt Schwerin, which is called Agroneum Alt Schwerin since 2012, is a highly interesting open air museum. It shows the history of agriculture in the state of Mecklenburg since 1848 until today with the help of objects such as tractors from different periods of time. Since it was founded in 1963, many people will remember the museum from its existence in the GDR. A visit today, however, is also very well worth it!

The places mentioned above are of course only a small selection of many interesting sights of the region. In case you would like to learn about other destinations worth visiting, please consult the Tourismusverband Mecklenburgische Seenplatte e.V.! 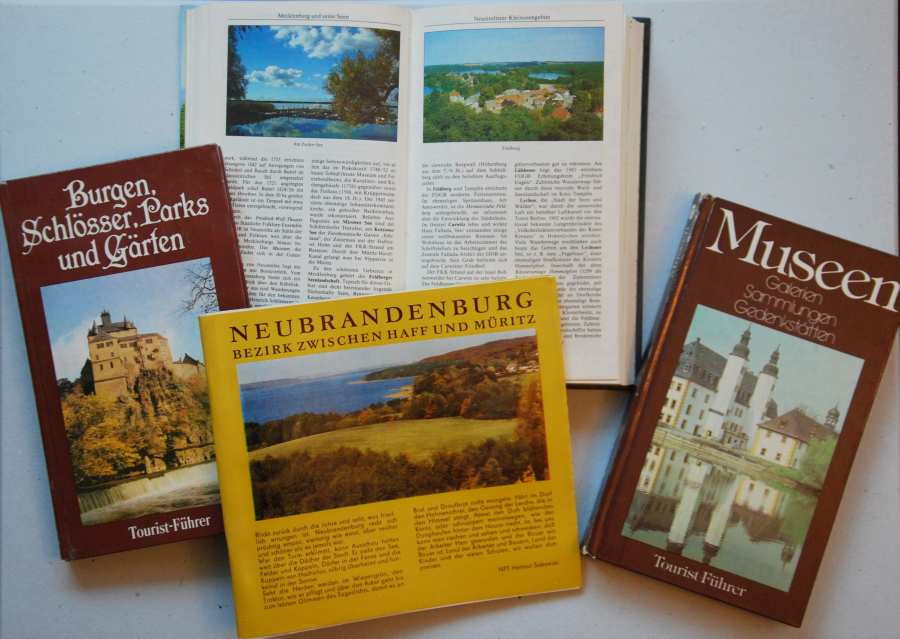 The island of Rügen