In the GDR, people liked to drink a lot. Alcohol was not in short supply, and the shelves in the shops were well stocked. Today, the bottles are piled up in the collection of the DDR Museum. (22 Jul 2021)

Alcohol was one of the products that was not lacking on the consumer shelves in the GDR. Perhaps that is one reason why so many alcohol bottles – both full and empty – ended up in our collection. Indeed, people liked drinking alcohol and did it a lot. But how can the high consumption of alcohol among East Germans be explained? 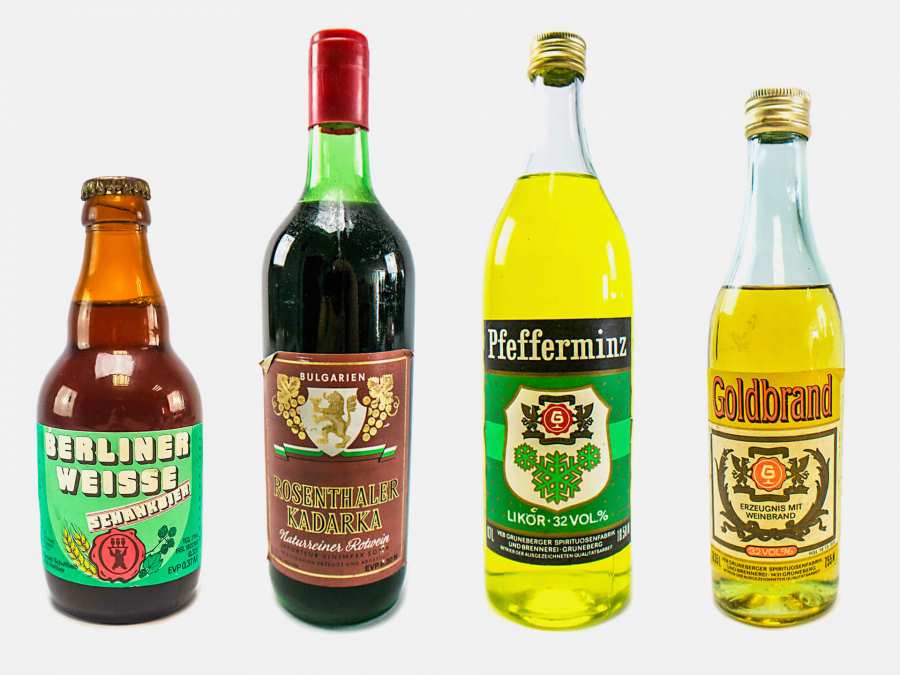 The promotion of responsible alcohol consumption

The excessive consumption of alcohol was a problem for the government because it did not fit the ideal image of a sensible, sober, socialist person. However, it was clear that the government could not prevent alcohol consumption. It therefore wanted to promote responsible alcohol consumption. General Secretary Ulbricht fought against pubs in the 1960s, many of which were closed as a result. Milk bars, cultural inns and wine bars were opened instead. In addition, the consumption of wine was promoted through campaigns with slogans such as »Don't drink randomly – reach for wine!«. Conversely, a ban on advertising was intended to prevent the consumption of schnapps.

Schnapps and beer more popular than wine in the GDR

But it was all for nothing, because wine remained unpopular due to the lack of variety. Beer was much more popular: in 1988, every East German drank an average of 142 litres. Above all, however, East Germans drank schnapps: in 1988, they drank an average of 23 bottles of schnapps per capita, or 16.1 litres. That was more than the average consumption of their socialist brothers and sisters in Hungary and Poland and twice as much as West Germans drank. Among other things, »Kristall« vodka, popularly known as »Blue Strangler«, Nordhäuser Doppelkorn, Goldbrand and Kirsch whisky were common. The consumption of schnapps was so high that VEB Nordbrand became the largest producer of schnapps in Europe.

It seems surprising that GDR citizens drank so much alcohol, because schnapps was not cheap. A bottle cost between 15 and 80 marks. In comparison, the average salary was only 500 marks a month. The typical and widespread assumption is that the high consumption of alcohol was an escape from the grey everyday life of the GDR. Thomas Kochan, however, gives a different explanation for the high consumption of alcohol. In 2009 he wrote his doctoral thesis on the subject of alcohol in the GDR and according to his study »Blauer Würger: So trank die DDR« (Blue Strangler: This is how the GDR drank), East Germans drank for other reasons. According to Kochan, »the experience of a low-competition collective society«, »a little encouraged achievement thinking«, »communal freedom from responsibility« and »existential carelessness« played bigger roles.

He also speaks of a society in which there was always an occasion to drink: during the break, after work. He even discovered a »vodka and bockwurst diet« during his research – a small glass of vodka for breakfast, a large one with a bockwurst for lunch, and a small one for dinner.

The effects of this high alcohol consumption in the GDR can still be seen today. Drinks from the GDR are still popular. And so Rotkäppchen sparkling wine, »Pfeffi« schnapps or Nordhäuser Doppelkorn continue to be popular. 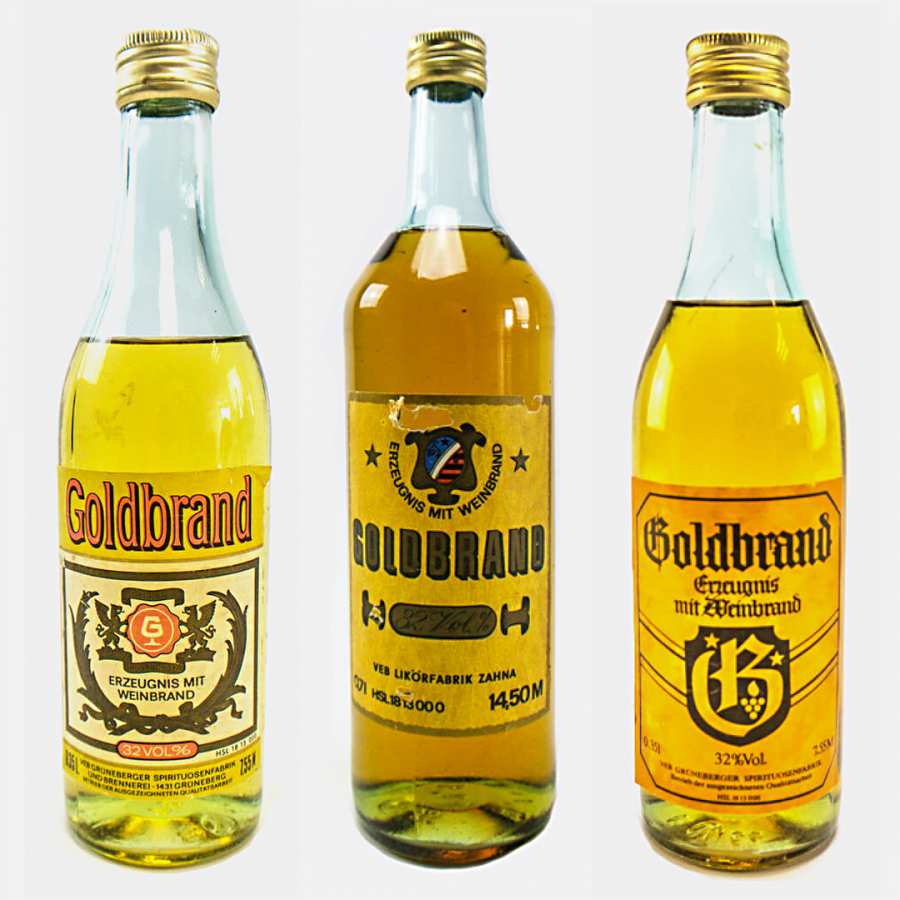 Beer, Schnapps, Liqueur, Sparkling Wine and Wine – Alcohol in the Collection of the DDR Museum 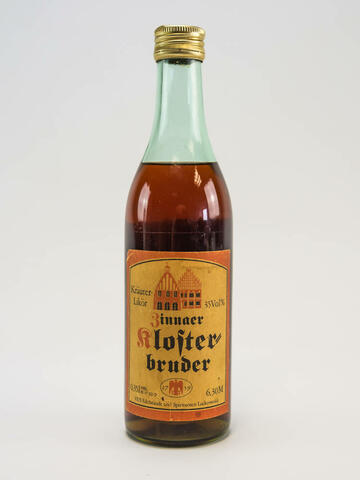