Berlin, den May 23, 2019 – Recently, the sixth, redesigned edition of the popular 0 Euro Souvenir Note is available. The collector's item designed by the DDR Museum was printed on security paper by the French security printer Oberthur, but can not be confused with real paper money. The note can be purchased at the vending machine in the shop of the DDR Museum for 2 euros. The sixth edition is limited to 10,000 notes. The first to fifth editions are already sold out due to the high demand.

The exclusive collector's item stands for this year's anniversary under the motto »30 years of the fall of the Berlin Wall«. On the front it shows a collage of dancing people on the Berlin Wall in front of the Brandenburg Gate. In the background the DDR flag with a circular cutout can be seen. After the Peaceful Revolution, many people cut out the state emblem of the DDR to demonstrate their desire for a reunification of the German states. Like the predecessors, the reverse side of the 0 Euro note features typical European landmarks such as the Paris Eiffel Tower or the Sagrada Familia in Barcelona.

The DDR Museum was one of the first museums in Germany to have its own 0 Euro Souvenir Note. The original idea of the 0 Euro Souvenir Note comes from the Frenchman Richard Faille. A sustainable collector's item for the European cultural and artistic sector should be developed, which convinces through quality and fun. After the great success in France the notewas introduced in Germany thanks to the EuroScheinSouvenir GmbH in 2016. The notes have typical security features such as a watermark, a copper strip, a hologram and an individual serial number.

Topic: 30 years of the fall of Berlin Wall

Purchase: Vending machine in the shop (2 Euro) of the DDR Museum 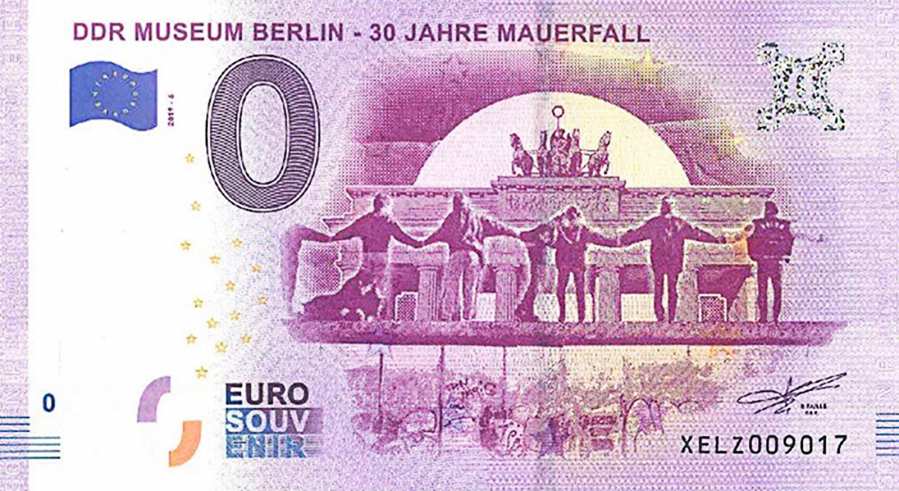 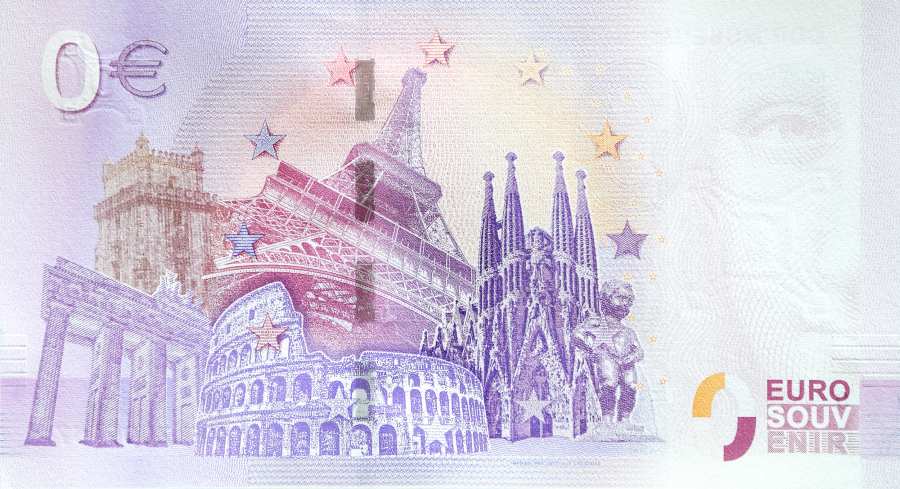 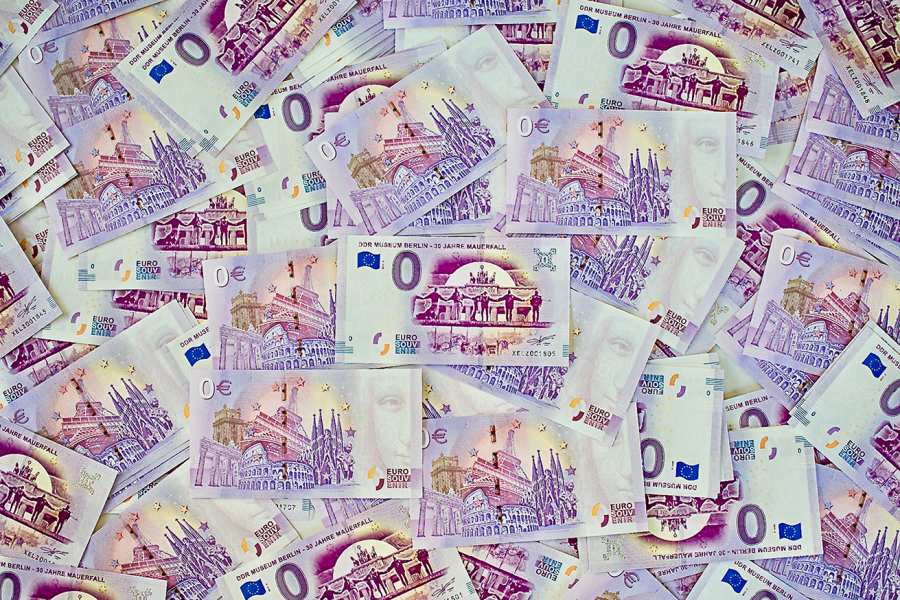