We entrust the book „Experienced Building, East Berlin 1959 – 1989“ toall interested people in architecture and in the architectural (re-)design of East Berlin in the years 1959 till 1989. The special feature: All texts and thecaptions are printed in four languages, German, English, Russian and French.
by Admin (5 Nov 2013)

We entrust the book „Experienced Building, East Berlin 1959 – 1989“ to
all interested people in architecture and in the architectural (re-)design of
East Berlin in the years 1959 till 1989. The special feature: All texts and the
captions are printed in four languages, German, English, Russian and French.

Every student of architecture should hold this extensive and literal
weighty treasure of the reference library of the DDR Museum in his hands. But also for everybody who is interested in the rebuilding and redesign of the war destroyed Berlin city centre the book would be really exciting.

The renowned photograph Gisela Stappenbeck, born in 1931, participated
in numerous exhibitions to German architecture, documents photographically in her work the building and the redesign of the following East Berlin places:

The foreword is written by Dorothee Dubrau, born in 1955, architect and town planner. Several years she works in the field town planning and town
building. Since 2006 she is lecturer for Städtebau and Regionalplanung at the TU Darmstadt.

Each of the chapters begins with a plan of the current area and with a few introductory words, which outline the history of the area and the postwar situation. It’s following by photographies of the places at post-war period, during the time of building or rather rebuilding and of the finished place. Texts and captions come from Klaus-Dietrich Stappenbeck.

The Magazine Prinz wrote: „Irretrievable lost buildings of East Berlin are captured by this architecture documentation, totally unpretentious and with passer-byes, which run through the picture. […] There are included the documentations of the large building site Alexanderplatz in 1967 and the rebuilding of the historical Nikolaiviertel in 1987, too. In the abundance of published Berlin-books this book of pictures sticks out. It shows the prospering Berlin till 1989 from which today nobody wants to know anymore. Gisela Stappenbeck counts to one of the most important protagonists of the reconstruction.” 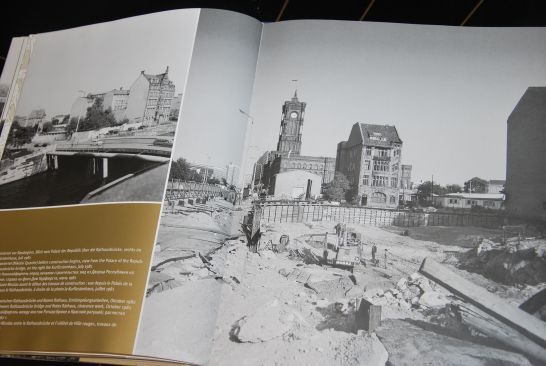 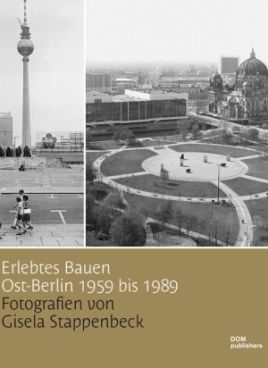 Erich Honecker – Rise and Fall of the DDR Head of State