In our category “Guests from all over the world” we want to share with you how international the audience of the DDR Museum is. This time we discovered a greeting from India that we don’t want to deny you. by Admin (8 Apr 2015)

In our category “Guests from all over the world” we want to share with you how international the audience of the DDR Museum is. From all four cardinal directions the visitors come to Berlin and to the DDR Museum. Many of them leave a greeting in our guestbook. Some of them we want to present you here and above all on our Visitor’s Book pin board at Pinterest. Maybe your greeting is soon present there?

This time we discovered a greeting from India that we don’t want to deny you.

According the soviet description of India as a lackey of the imperial states, the GDR exercised restraint till Stalin’s death in 1953 concerning diplomatic relations with India. In the mid-50s an intensive courtship began for the country, which was taken mean besides Egypt as a key state between the non-aligned ones and because of that in this country it should be successful to reach full-value approval in spite of the Hallenstein doctrine. First the chances didn’t look bad for that: India signed in 1954 as the first non-socialist state an international agreement with the GDR and grant their sales agencies scopes for self-promotion. But, further steps stood out because of the good relations to the Federal Republic of Germany and also because of the continuing Indian financial difficulties whereby only the West could help. This remained the stage of affairs till the effectually by Bonn agreed approval of the GDR after the negotiation of the basic treaty in October 1972.

Thanks a lot and lovely greetings back from Berlin to India!

Do you one day want to see your Visitors' Book entry published in our blog and various other social media channels? It’s easily! Write in our Visitors' Book! We‘re looking forward to your funny, inventive, individual greetings from all over the world!

You find our Visitors' Book in the museum shop: As soon as you leave the exhibition through the turnstiles, climb the few steps to the shop and turn in front of the pillar to the left.

Enjoy your visit in the DDR Museum! 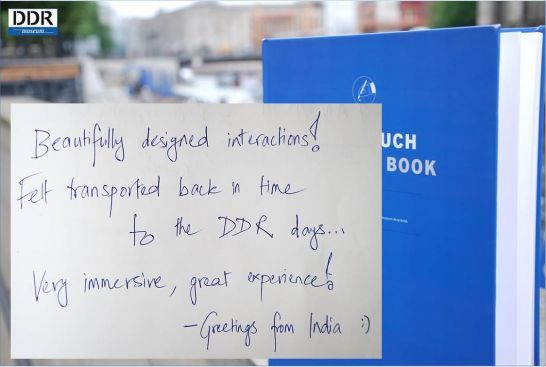 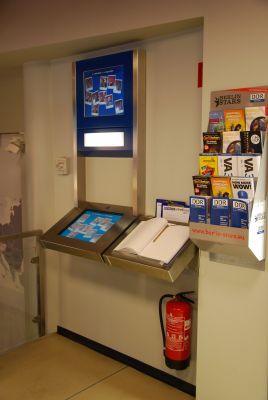 Have you been to the DDR Museum? Please tell us your opinion!