In 2002 the German Federal Office for Political Education published in cooperation with the Federal Commissioner for the Stasi Records a brochure which deals with the GDR State Security.

The brochure, written by Jens Gieseke and edited by Doris Hubert, presents a broad insight into structures, methods and consequences of the activities of the East German Ministry for State Security (MfS) from its beginnings under Soviet occupation after World War II until its disbandment in 1990. So it gives an interesting overview about the history, the structure and the work of the GDR State Security.

The brochure is recommendable for schools and universities, but also for every interested international reader. It is based on the German brochure "Die DDR-Staatssicherheit".

The following chapters you can find in it:

1. "A Special Organ of the Dictatorship of the Proletariat"

2. Forerunners in the Soviet Occupation Zone

5. Development into a State Security Bureaucracy

8. Decline of Power and Disbandment

Besides that you can find a chronicle and selected English literature in it.

You can order the brochure for 2.00€ directly at the homepage of the Federal Commissioner for the Stasi Records. 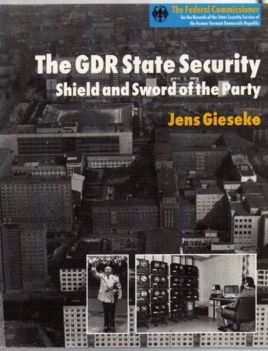 Erich Honecker – Rise and Fall of the GDR Head of State