For those who follow our programme of events regularly, will certainly have known about yesterday's event at the GDR restaurant Domklause: the audience enjoyed the great performance "Between Jägerschnitzel and Schlagersüßtafel".
by Admin (9 Aug 2012)

For those who follow our programme of events regularly, will certainly have known about yesterday's event at the GDR restaurant Domklause: the audience enjoyed the great performance "Between Jägerschnitzel and Schlagersüßtafel".

Wolfgang Wündsch - or rather "Fritz the tractor driver" - as well as Tina Schmidt and Kalle Ricken of Gebrüder Blattschuss enthused the guests with a colourful mix of songs, stories and scenes from the everyday life in the GDR.

Those ones who had not made a reservation, were lucky to still get an empty seat at the Domklause. More than 100 guests came to see "Fritz" - the restaurant was fully booked out. The team of the Domklause even had to bring some more chairs!

"Fritz" told stories of the GDR in a casual and funny atmosphere. He was supported by the other performers singing and playing music. From time to time, a few videos were played which topped off the programme very well.

The team of the Domklause took on a big commitment and served meals and drinks from the menu. Soljanka, Schopska - and also Jägerschnitzel, of course. The Zetti Schlagersüßtafel chocolate was free for everyone!

When the event came to an end at around 9.30pm, Wolfgang Wündsch and the other performers got a thunderous applause. Afterwards, some of the guests were allowed to strike up a song. They were also rewarded with loud applause!

Altogether, it was a very interesting and entertaining evening! 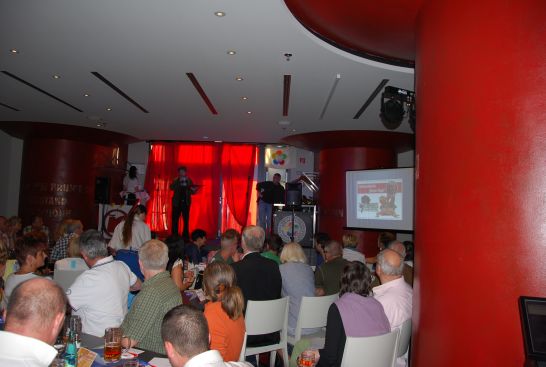 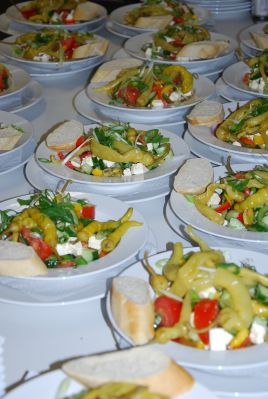 Pokémon Go at the DDR Museum

DDR Museum has been decorated with the award "barrier-free certified"