Researching online after interesting pages or institutions for foreign-speaking people regarding the GDR I found an interesting essay about the early history of the GDR. by Admin (25 Feb 2015)

Researching online after interesting pages or institutions for foreign-speaking people regarding the GDR I found an interesting essay about the early history of the GDR. Stephanie Engelhard from the University of Pennsylvania wrote it in 2010. It deals with an important historical phase which is basic for the developments in Germany after the Second World War.

A phase that sometimes is a little bit left behind when we consider the history of the GDR.

Stephanie Engelhard concentrates on the development of the dictatorship in East Germany, focusses on Stalin and more important again and again on Walter Ulbricht and his role for the construction of the GDR.

In four chronological divided chapters she explains how the way to GDR started and how the state was established till 1955. She begins with the end of the Second World War in 1945 and writes in the first chapter about the transition from the SBZ to the GDR and the discussion around the founding of the GDR. The first chapter ends with the establishment of the GDR in 1949.

The second chapter deals with the time after the founding of the GDR till Stalin’s death in 1953. As in every chapter the role of Ulbricht is here really important, too. In this time he centralized his power and established himself as the single leader of the GDR. Furthermore Engelhard addresses the issue of the problems between the USA and the Soviet Union.

After Stalin’s death quite a bit happened in the Soviet Union and the GDR, too. This third chapter of Engelhard’s essay deals with the East German Uprising on the 17th of June in 1953. Topics are here Ulbricht’s agency, the impact of the Soviet leadership in the GDR and the struggle in the Kremlin after Stalin’s death.

In the fourth and last chapter the thematic priority is on GDR’s fight for official sovereignty and the developments in the Federal Republic of Germany and the German Democratic Republic regarding the entry in the NATO respectively the Warsaw Pact.

Engelhard examines this 10 year period with a lot of information, important citations and useful subchapters. Above all the important role of Walter Ulbricht is worked out really good. She used a lot of German sources and at the beginning there are some photos of the most important events she deals with in her essay. 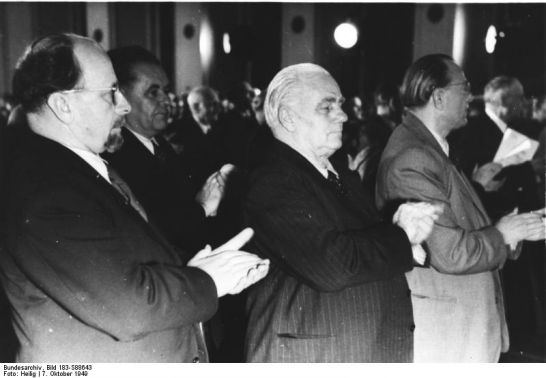 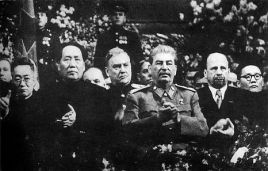